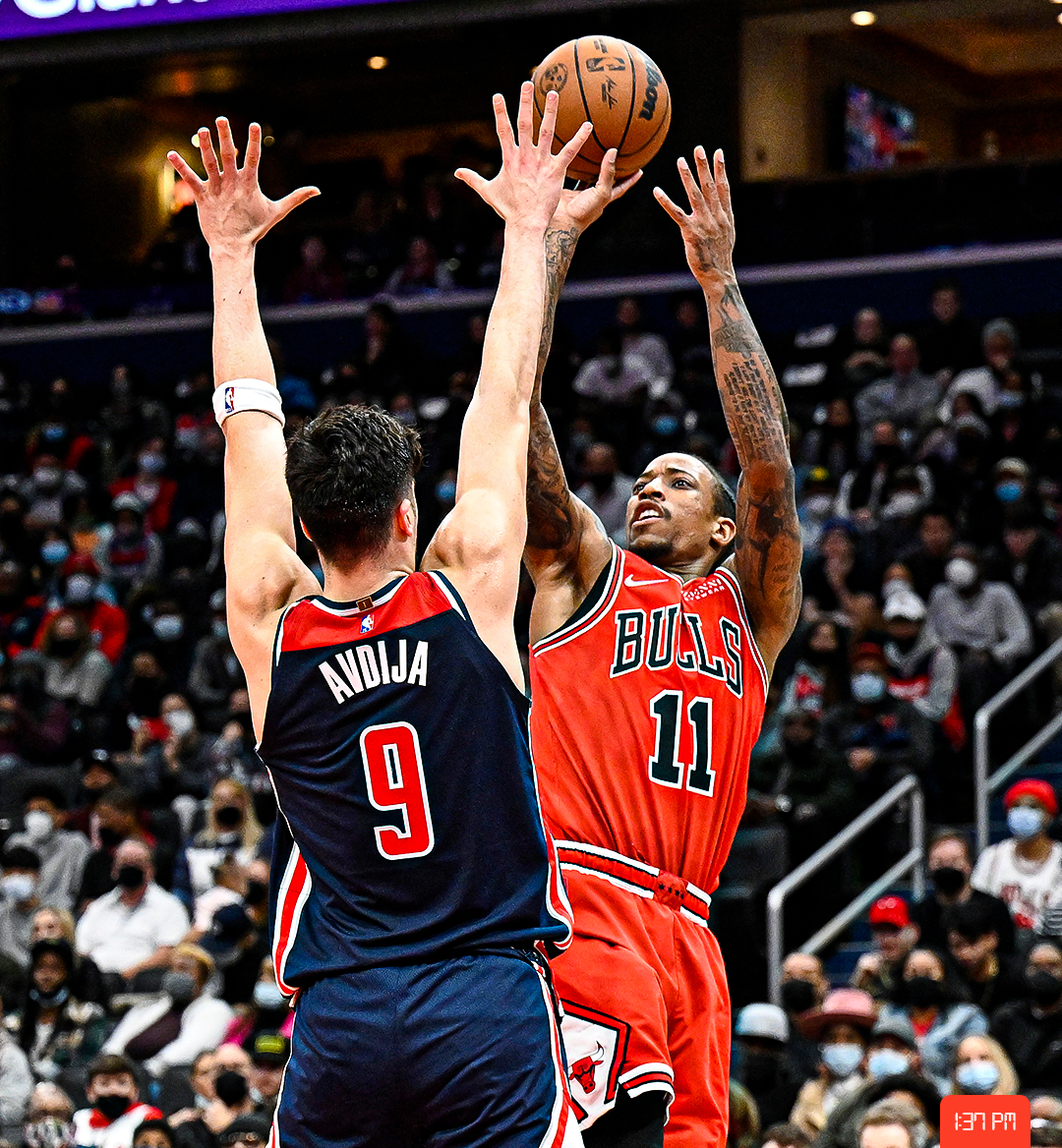 The last week of 2021 gave NBA teams a unique opportunity to finish strong before aiming for a strong start in the New Year of 2022. As we approach the halfway point of this regular season in a matter of weeks, the action will intensify amongst teams determined to build their momentum further or drastically improve their situation. Down below are my four takeaways from the NBA's latest week in action.

DeMar DeRozan should be on your MVP ballot

"I don't know if I'm dreaming or if it's real right now."

DeMar DeRozan on becoming the first player in NBA history to make a game-winning shot at the buzzer on back-to-back days #NBAAllStar pic.twitter.com/MFjzFgHOuD

Even with fans and media members quick to name the usual candidates for this year's MVP award (I.E., Kevin Durant, and Stephen Curry, to name a couple), their dialogue lacks something if DeRozan isn't mentioned. The multi-time All-Star has not only led the Chicago Bulls to the first seed in the Eastern Conference, but he's easily the NBA's most clutch player right now.

During the same week, DeRozan became the first player in league history to make game-winners on consecutive days; he averaged 28 points, six assists, and four rebounds per game during the Bulls' ongoing seven-game winning streak.

While some may have expected this to happen, it doesn't make it less exciting than it is. In Morant's third NBA season, he is taking that leap into superstardom which consists of a career-best production, team success, and signature moments that could make him a dark-horse MVP candidate this season.

To conclude 2021, we watched the former second overall pick outduel LeBron James two days after making a game-winning shot against the 28-8 Phoenix Suns on the road.

To say Jalen Smith has potential is an understatement

Even though the Phoenix Suns found a successful big man in Deandre Ayton (Selected first in the 2018 Draft), it was a rare bit of success for a team who has failed multiple times when looking for high-quality big men. But that could change again with the pending emergence of Jalen Smith.

The second-year power forward, who is thriving as a center at the moment, gives the Suns another very athletic and flexible big man to play regardless of Ayton's availability. Over his past four games, Smith has averaged 16 points and ten rebounds per game while playing less than 30 minutes each game.

Kevin Love is turning back the hands of time

.@kevinlove made the 2nd-most three-pointers in the @nba last month.

Love made at least 3 triples in 11 of his 15 appearances in December.#LetEmKnow

After months of hearing about a potential breakup with the Cleveland Cavaliers and having a slow start to this season, Love is back to playing at the level one would expect from a multi-time All-Star and Olympic Gold Medalist. Throughout December, Love averaged 17 points and over seven rebounds per game, but he's entering the new year amid his best stretch in a long time.

Over his last five games, Love averaged 25 points and eight rebounds per game, including his 35-point and 11 rebounds performance against the Atlanta Hawks on New Year's Eve. Love's reemergence is a welcomed sight for a Cavs team that needs all contributions as they compete for a playoff berth.