Three Takeaways from the Opening Rounds of the NCAA Tournament 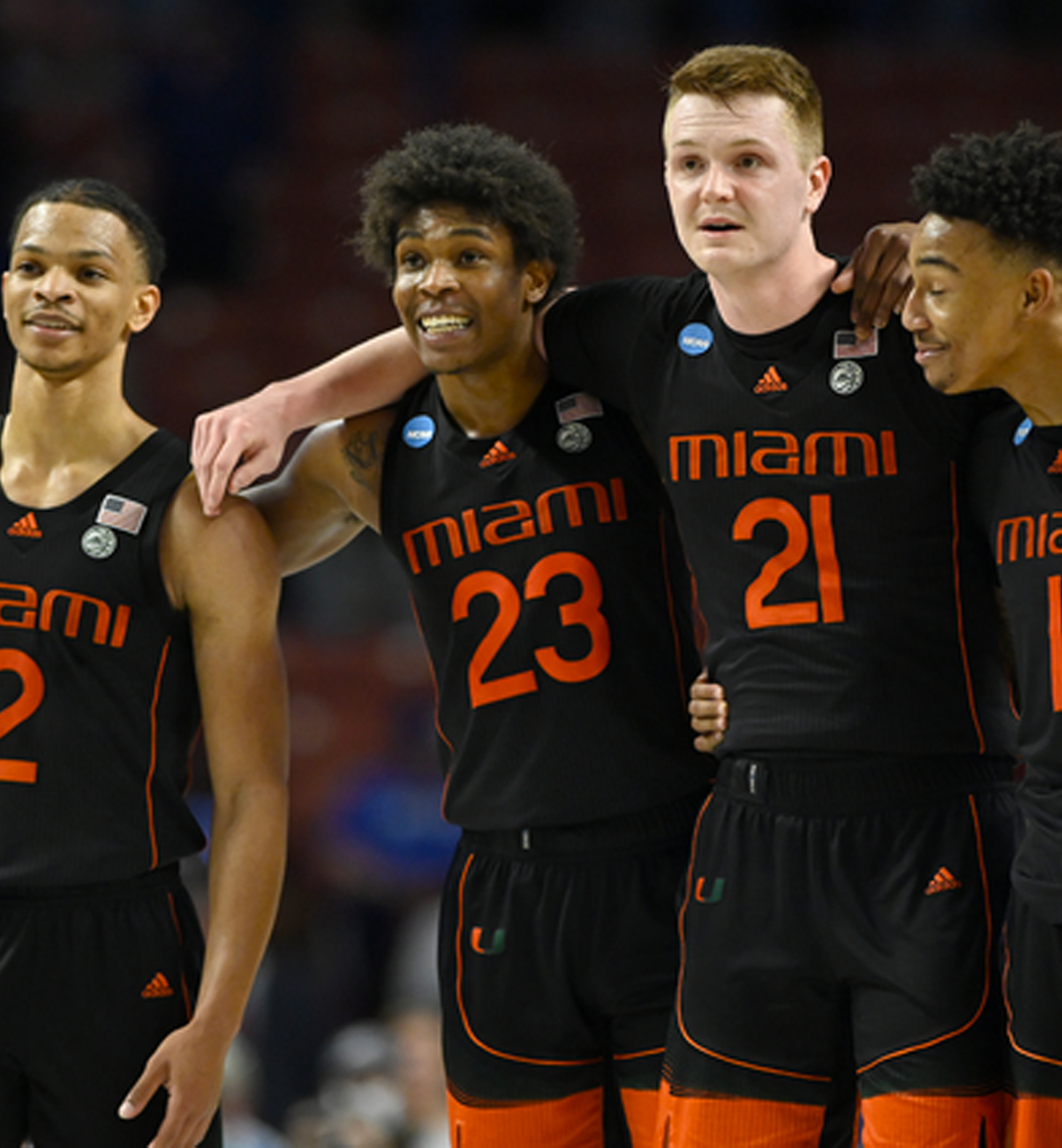 Like a Thomas Pynchon novel or Phoenix, Arizona, the first weekend of the NCAA Tournament is defined by its sprawl. There are 48 basketball games packed into just four days. Even for the most dedicated college basketball sickos (see: me), that's a lot of basketball! But after watching nearly every game over the last 96 hours, here are the three biggest takeaways from the weekend that was.

It’s a great time to be a mediocre team:

For the bulk of the season, Miami, Iowa State, Michigan, North Carolina and St. Peter’s weren’t especially good teams. At various times during the season, one could even venture to say that they were bad. Miami wasn’t considered a top-50 team by advanced metrics until the start of the tournament; Iowa State was 3-9 in the Big 12 on Valentine’s Day; Michigan didn’t fully enter inside the bubble’s membrane until Selection Sunday; North Carolina lost to Pitt; I didn’t even know that St. Peter’s existed before Thursday night. And yet, all four have earned spots in the Sweet 16 by beating ostensibly “better” teams.

Crucially, these are all teams with distinct identities and styles that allowed them to fell the particular behemoths in their path; each of these teams overcame talent deficits through cohesion and tenacity. Miami’s spread-out, guard-heavy attack was the perfect antidote to USC’s and Auburn’s interior strength. Iowa State had the fifth-ranked defense in the country and railroaded Wisconsin’s delicate offense as a result. Michigan and North Carolina both had All-American big men (Hunter Dickinson for the Wolverines and Brady Manek and Armando Bacot for the Tar Heels) who their higher-ranked opponents had no answer for. Although there was some bracket luck involved in each of these team’s respective runs (i.e. Miami probably wouldn’t have been able to beat Baylor and Iowa State wouldn’t have had much hope against Tennessee), this tournament has offered proof that the surest way to transform from an ok team to a near-great one is through self-knowledge and self-belief.

Chet Holmgren, Paolo Banchero, Jabari Smith Jr.: this is the presumptive top three in this year’s NBA Draft and deservedly so. They’re all excellent—save for a stinker from Smith against Miami, they’ve acquitted themselves well in the Tournament. Still, with each star-making performance from Purdue’s Jaden Ivey and Arizona’s Bennedict Mathurin, it introduces the possibility that this Draft’s Big Three may actually be a Big Five.

While it was expected that Ivey would overpower Yale’s assortment of future bankers and podiatrists, he also dispatched Texas’s 14th ranked defense with surprising ease. Through the first two rounds, Ivey has averaged 20 points, offering a pretty convincing Ja Morant impersonation in the process. Like Morant, Ivey has an awesome combination of flexibility and explosiveness. It’s not just that he moves more quickly and fluidly than anybody else; it’s that he moves in ways that nobody else even can. In any given game, there are a handful of moments where Ivey does something so outrageous that it looks like some CGI-ed late-2000s Reebok ad campaign—when Ivey rises for a chase-down block or spins past a defender, he’s the basketball equivalent of Chris Cooley catching a ball through plywood or Laurence Maroney jumping through car windows.

If Ivey is the top guard prospect in this year’s class, Mathurin is the premier wing. Despite being the best player on potentially the best team, Mathurin has maintained a surprisingly low national profile. Even on his own team, Kerr Kriisa’s antic leadership or Christian Koloko’s game-changing defense have garnered more attention than Mathurin’s elegant scoring. In this sense, Mathurin’s season-saving 30 point masterclass against TCU served as his introduction to the world. With Arizona teetering on the brink of elimination, Mathurin scored or assisted on 11 of his team’s last 15 points, including a deep-range pull-up three to tie the game with 14 seconds left in regulation. If Arizona goes on to win the championship, this performance—the game-tying three, the posterizing dunk—will be forever codified in NCAA Tournament history. It was the most impressive performance of this entire college basketball season—and the most striking part was that none of it seemed too out of the ordinary for Mathurin.

In the first round, big-man-centric teams like Iowa and Kentucky were dealt shocking upsets because poor performances from their guards gunked up the offense. With Iowa’s offensive supply chain thoroughly borked by a smart Richmond defense, Keegan Murray (the nation’s leading scorer) couldn’t reprise his Big Ten Tournament dominance. Similarly, Kentucky’s entire game plan against St. Peter’s seemed to be to chuck the ball at the backboard and hope that Oscar Tshiebwe snagged the rebound. As such, Tshiebwe’s 30 point, 16 rebound tour de force was sabotaged by an uncharacteristically sloppy showing from a backcourt that combined for eight turnovers and 24 points on 7-27 shooting.

Meanwhile, the one commonality amongst the Sweet 16 teams is that nearly all of them have dynamic and dependable ball-handlers. Arizona, Arkansas, Kansas, Iowa State, Purdue and Villanova all have a superstar shot-creator; St. Peter’s, Duke, UCLA, Houston, Gonzaga, Providence and Miami have deep menus of backcourt weapons. Although the idea that a team needs good players to be good seems tautological and pointless, this Tournament has underscored the importance of not just having good players, but having the right kind of good players.