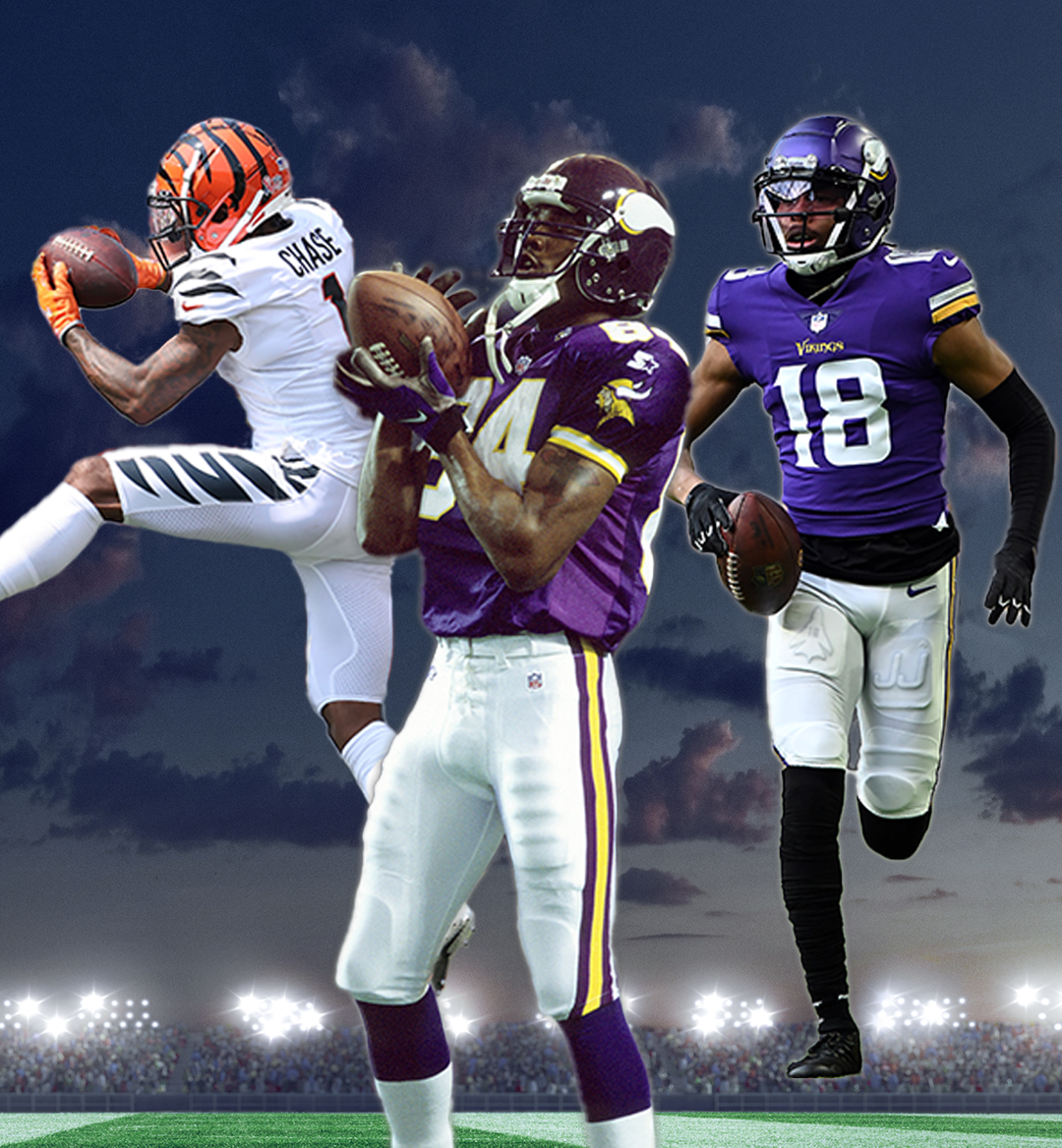 In any professional sport, it’s easy to judge a prospect or rookie based on one performance. Most recently, Bengals then rookie Ja’Marr Chase dropped a significant amount of passes during the 2021 preseason. Fantasy owners were in shambles, with many trying to trade him off or even just flat out dropping him.

Chase proved every doubter wrong in quick fashion, putting up the second most receiving yards for a rookie in NFL history. Simply put, some guys have it all together by the time the regular season rolls around.

Here is the list of wide receivers who had the best rookie campaigns in NFL history. 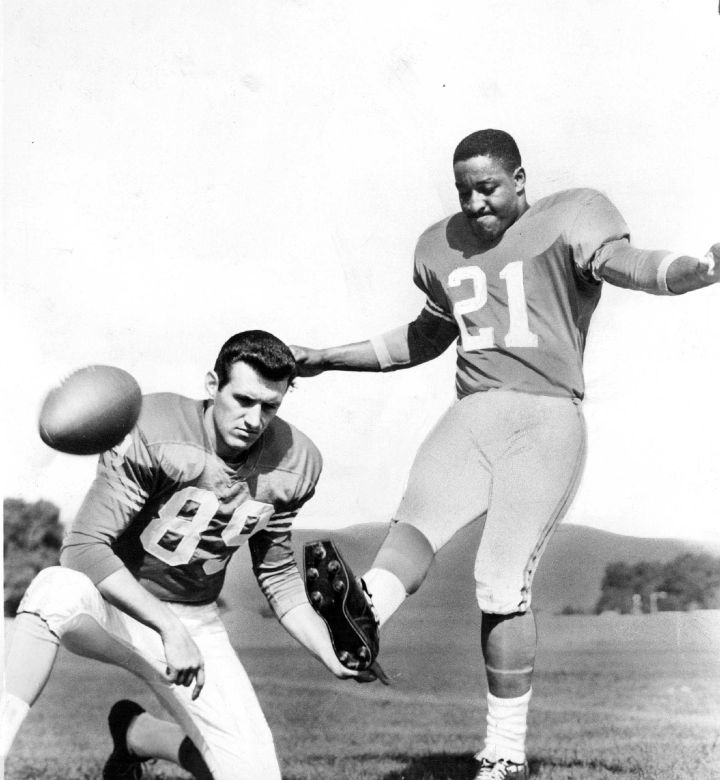 No rookie wide receiver in the history of football has put together a campaign like Bill Groman did in 1960. He attended Heidelberg University where his true aspirations were becoming a teacher. Groman would teach science for 8th graders until a former NFL coach discovered the talent Groman had and called the Houston Oilers. In his rookie year, Groman put up an NFL record 1,473 yards on 72 caught passes, an average of 20 yards per catch. This is one of the longest standing records, with Groman holding the honor for over 60 years.

GIVE JA’MARR CHASE OFFENSIVE ROOKIE OF THE YEAR YESTERDAY 🔥pic.twitter.com/ukusdq8CxC

Bengals rookie receiver Ja’Marr Chase came excruciatingly close to breaking the rookie NFL receiving record, putting up 1,455 yards on 81 receptions in his first season. This season will more-so be remembered for the epic Super Bowl run that the bengals had, backed by the dynamic duo of Chase and Joe Burrow. Chase did play his rookie campaign in an NFL season that had 17 games for the first time ever. With the added game to the season, there is a real possibility this record is broken in the near future.

The rookie has 175 yards with a quarter to go

NFL fans, and especially Eagles fans, were puzzled when the franchise selected Jalen Reagor over star LSU receiver Justin Jefferson. In his rookie season Jefferson pulled in 88 passes for 1,400 yards, good enough for an average of 16 yards per catch. His first 100+ receiving game would come in week three, where he gained 175 yards. This would mark one of the seven games that Jefferson eclipsed the 100+ yard marker in his rookie season.

Anquan Boldin had one of the most electric introductions in NFL history. After a solid college career at FSU, Boldin was selected with the 54th pick in the 2003 NFL draft by the Arizona Cardinals. He came right out the gates running, putting up 217 yards and two touchdowns on ten total receptions. He would reach the 100+ receiving mark four more times his rookie season, putting up a total of 1,377 yards. Boldin finished his career 14th on the all-time receiving list after retiring in 2016.

On Thanksgiving 22 years ago today, Randy Moss put up one of the most iconic stat lines of all time 🐐 @brgridiron

You know you had a pretty epic career when your last name is used to describe the best and nastiest catchiest in the NFL. ESPN will even showcase the best ‘you got mossed’ moments across the country from the previous week. In his rookie season, Randy Moss put up 1,313 yards on just 69 receptions, an average of 19 yards per catch. Moss did however break the record for most touchdown receptions by a rookie, catching 17 passes in the end zone.

One of the craziest facts about Odell Beckham Jr. ranking 6th on the all-time rookie receiving record list is that he only played in 12 games. In the last 9 games of the season OBJ would eclipse 90+ yards, with 7 of those games being 100+ yard games. The most memorable moment from this rookie campaign has to be the ridiculous catch the OBJ had against the Dallas Cowboys, widely regarded as one of the greatest catches in NFL history. He was able to help lead the Rams to a Superbowl ring in 2021. 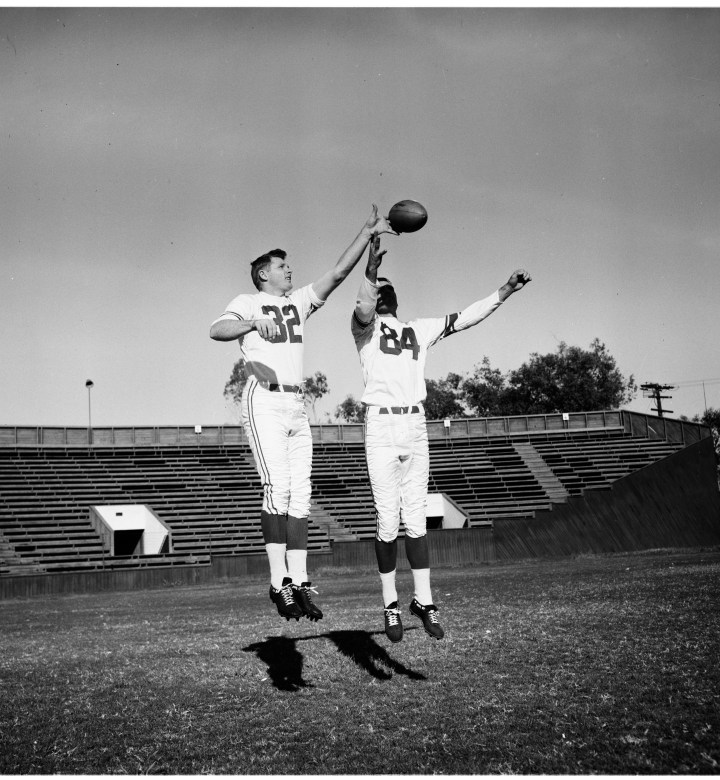 Billy Howton may be a name that doesn’t ring a bell, but he remains one of the most important early figures in the history of football. Howton would be taken in the second round of the 1952 NFL draft by the Green Bay Packers. He led the league in receiving yards and receiving yards per game his rookie year. In the last three games of his rookie campaign, Howton put up 100+ yards in each contest, reaching 200 yards in one of those games. By the time he retired Howton ranked first all-time in receptions and yardage. 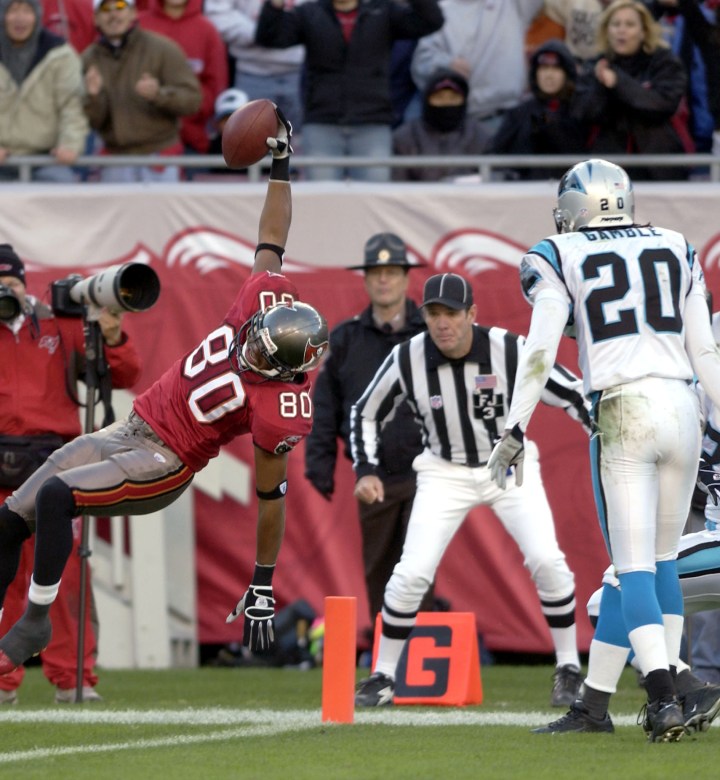 What’s even more puzzling about a prospect or rookie not living up to their hype, is one that has a record breaking season and never reaches that potential again. Michael Clayton pulled in 1,193 yards his rookie season, and finished his 8 year NFL career with only 2,955 total yards. He would reach the 90+ yard mark in five games his rookie year. Clayton built his rookie resume on consistently putting up 60-90 yards a game, opposed to having a handful of games with 100+ receiving yards.

Michael Thomas has had quite the polarizing career since entering the NFL. The star wide receiver helped Ohio State win a national championship in 2015, and was selected in the 2nd round of the draft that year by the New Orleans Saints. In his rookie year Thomas caught 92 passes for a total of 1,137 yards, an average of 12.4 yards a catch. His most notable season would come in 2019 when he broke the NFL record for receptions, catching 149 passes.