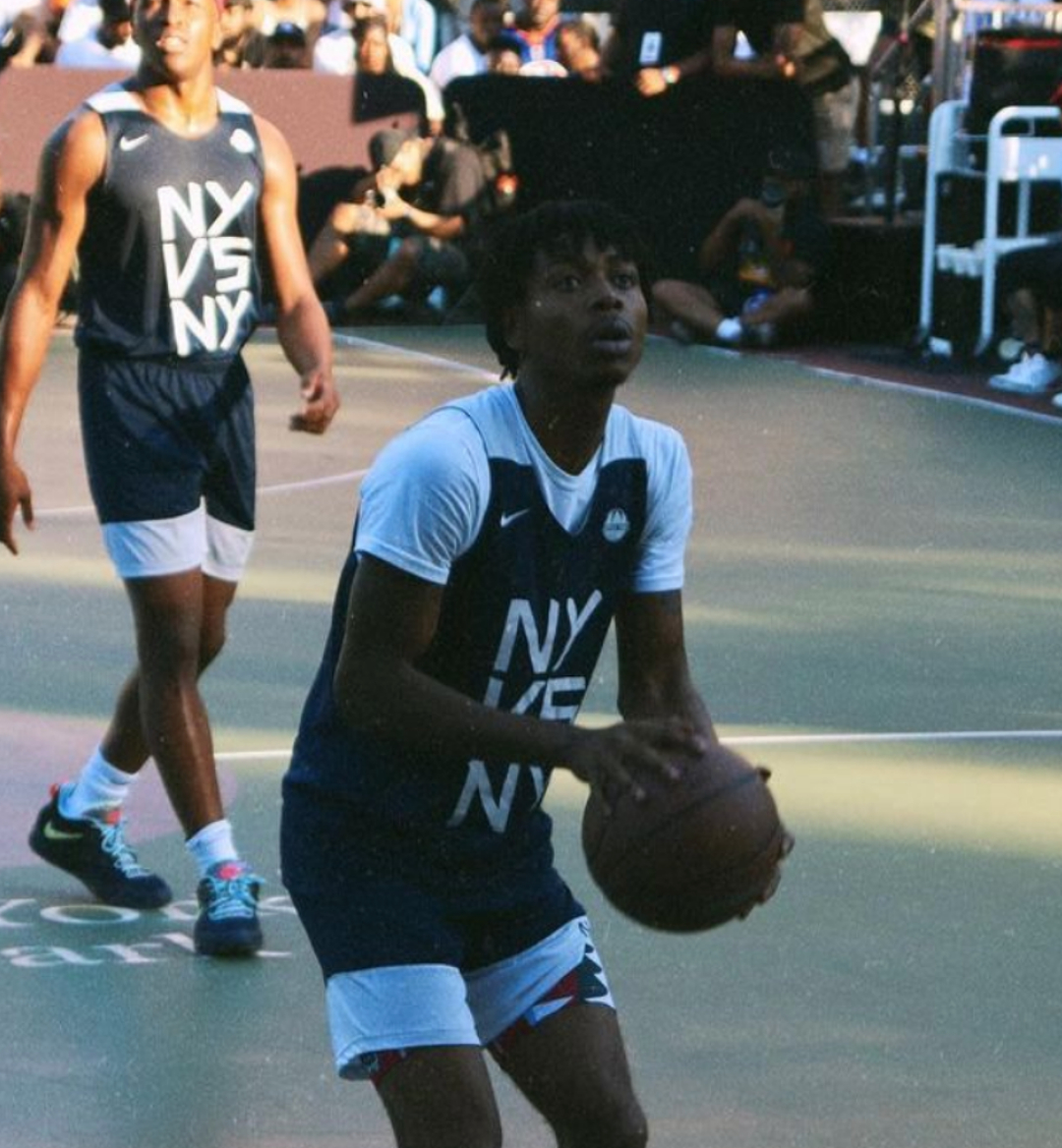 On Tuesday night (June 28th), the second week of the 2022 NYvsNY tournament took place at Dyckman Park. As always suggested by Dyckman's team, early arrival was encouraged as the park was already halfway packed an hour before game time. But soon, in front of a packed house, with barely any room to move, the first of two games got underway between Lincoln Park and West 4th.

While NYC's summer hoops can consist of all three levels (youth, college, and pro), NYvsNY serves as a big stage for the former. With each park consisting of their area's brightest high-school talents, you're often staring at the game's future. Guards come in all shapes and sizes but possess the same skillset. The big-men jump so high you think they were playing on a trampoline. And it becomes more surreal once you remember they're in high school, where their age ranges from 14-18.

But we did witness a bit of everything on Tuesday. After having a memorable 17-point comeback win last week, Lincoln Park followed up with another one and pushed their record to 2-0. The reigning NYvsNY champion, Dyckman Park, cruised to an 18-point victory and entertained their home crowd. With the first two weeks of action concluded, three weeks of regular season play are remaining before the playoffs begin on August 2nd.

Click here to learn more about the 2022 Nike NYvsNY tournament!