How Puma is Really the OG Streetwear Shoe: A Theory

Before the Jordan, there was the Clyde 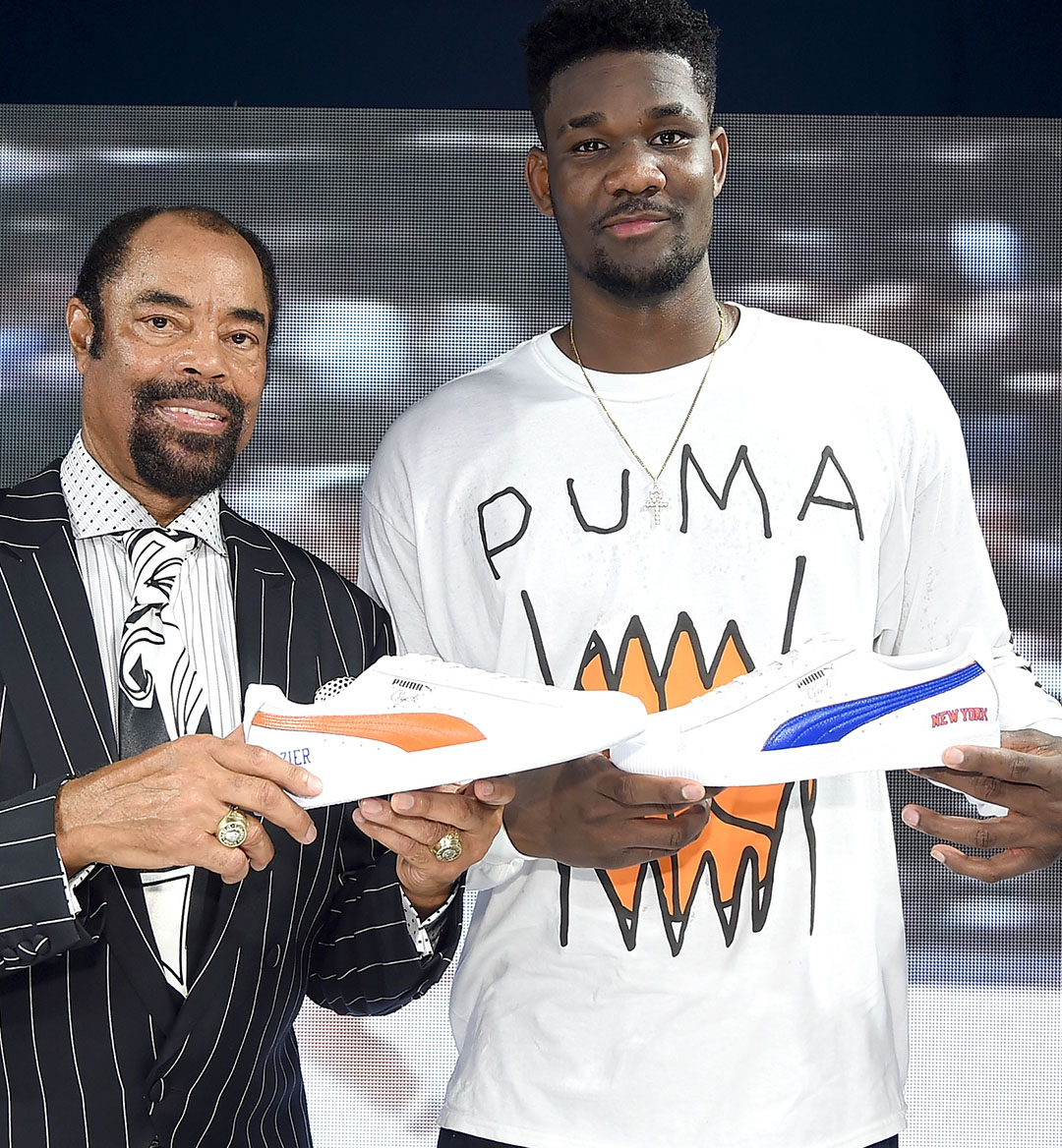 The projected number one overall pick is expected to have up to six suitors for a brand-new sneaker deal and is expected to receive one of the most lucrative contracts for an incoming NBA rookie. Williamson’s story adds to a 46-year chronicle of NBA players partnering up with shoe brands. From LeBron James’s career-long partnership with Nike to Michael Jordan’s game-changing deal with Nike, it all started with a guy named Clyde and a German shoe brand.

In 1973, sneaker brands like Converse and Adidas were providing free shoes to NBA players, but paying the players to wear them was not yet a common consideration. The German PUMA was looking to break into the American basketball market. As its initial move, the brand reached out to Knicks guard Walt “Clyde” Frazier and offered him $5,000 and free shoes.

“It was a friend of mine,” Frazier tells ONE37pm. “He just approached me and said Puma would be interested in using me like a spokesman. They’d pay me some money and they’d give me [shoes].”

A multi-time All-Star and an NBA champion, Frazier was in the midst of another title run with the New York Knicks. He had cemented himself as a legend in seven years on the court at Madison Square Garden. Off the court, Frazier had established himself as the epitome of style with fedoras, mink coats, custom suits and a Rolls-Royce to boot. Even on the court, Frazier tried to develop a unique style. Wearing Converse before his Puma deal, Frazier would have orange laces on one shoe and blue laces on the other to stand out.

Initially, Puma didn’t have the right design for a shoe that Frazier could actually wear on the court. The Puma Basket existed, but the leather shoe was too heavy and clunky for Frazier to feel comfortable. “Even if you paid me, I wouldn’t wear that shoe,” Frazier remembers telling Puma execs about the Basket.

In response, Puma asked Frazier for some suggestions for a new shoe. Frazier wanted a sneaker that would be lighter and more flexible and have more interior padding. Soon after, Puma designed the Puma Suede shoe. Frazier became the first signature athlete after the Puma added his signature to the shoe. The Puma Clyde was born. While the shoe was tied to basketball, it became known more as a streetwear shoe.

“That shoe in suede, while it really wasn’t a great shoe to play ball in, became what I would call the original streetwear shoe,” says Matt Powell, a sports industry analyst at the NPD Group.

Though the Puma Clyde was not a big hit nationally, the shoe has a strong connection with the New York metropolitan area. Clyde captured two titles with the Knicks and cemented his place as a Knicks legend with classic performances like the 36-point, 19-assist show against the Los Angeles Lakers in the seventh game of the 1970 NBA Finals. Also, the connection of the Puma Clyde and New York City was a perfect marriage. “We sold so many shoes in New York that we couldn’t even keep them in the store,” says Frazier. “We didn’t even need the rest of the country. Just New York, New Jersey and Connecticut.”

The shoe resonated with young kids at the time. The Clyde retailed for $25 in 1974, and many kids saved up to buy the shoe. “You had to sacrifice like it was something special,” Frazier recalls. “If you got a pair of Clydes, you were taking the money out of your savings to get those shoes. A lot of people tell me that today.”

The Puma endorsement was just the beginning of Frazier’s off-the-court excursions. He started Walt Frazier Enterprises with his agent Irwin Weiner in the ’70s. The company specialized in player services, negotiating an eight-year, $3 million deal for Julius Erving with the New York Nets and a six-year deal for George McGinnis with the Indiana Pacers. “LeBron now has his company, and that’s what I was doing 30 years ago with Walt Frazier Enterprises,” says Frazier.

Frazier and Puma’s relationship has endured the growing and evolving sneaker business. The brand has brought Frazier back at different times for re-releases of the Puma Clyde, and the break dancing craze in the 1980s reawakened interest in the shoes. Just last year, Puma signed Frazier to a lifetime contract.

Later on, the brand released a new shoe titled the Puma Clyde Court Disrupt. It is an updated shoe that pays homage to the Puma Clyde. Players such as DeMarcus Cousins, DeAndre Ayton and Knicks rookie Kevin Knox have all worn the shoe this season. “I couldn’t believe it, because they couldn’t even drop me with the players that they have now,” says Frazier. “They have all these young first-round draft choices, they got Jay-Z and all these different people with them now. But they didn’t forget their past and what I did for the shoe.”

Does Frazier’s name still resonate with a younger audience that never saw him play? One could argue that Frazier is probably better known today for his flashy attire as the color analyst of the New York Knicks broadcast on MSG. Still, Frazier’s story connects Puma’s first foray into the basketball market with its current rebirth.

“The story is always important, today more so than ever,” says Powell. “When you come out with a shoe that’s brand new, you can’t just say ‘OK, here’s the Air Matt’ and it’s going to be a big deal. You have to have a story around it that the consumer can relate to.”

Frazier sees the deals that today’s players are signing and realizes how he impacted sports business in a major way. Kevin Durant signed a ten-year, $300 million deal with Nike in 2014, and LeBron James signed a lifetime deal with Nike believed to be worth more than $1 billion. Several other players, such as Damian Lillard, Stephen Curry and James Harden, have signed for eight figures annually.

“I just sit back and smile,” Frazier says. “This thing I started, I’m the catalyst for this stuff. I always tell people ‘Long before the Air Jordan there was the Clyde.’”