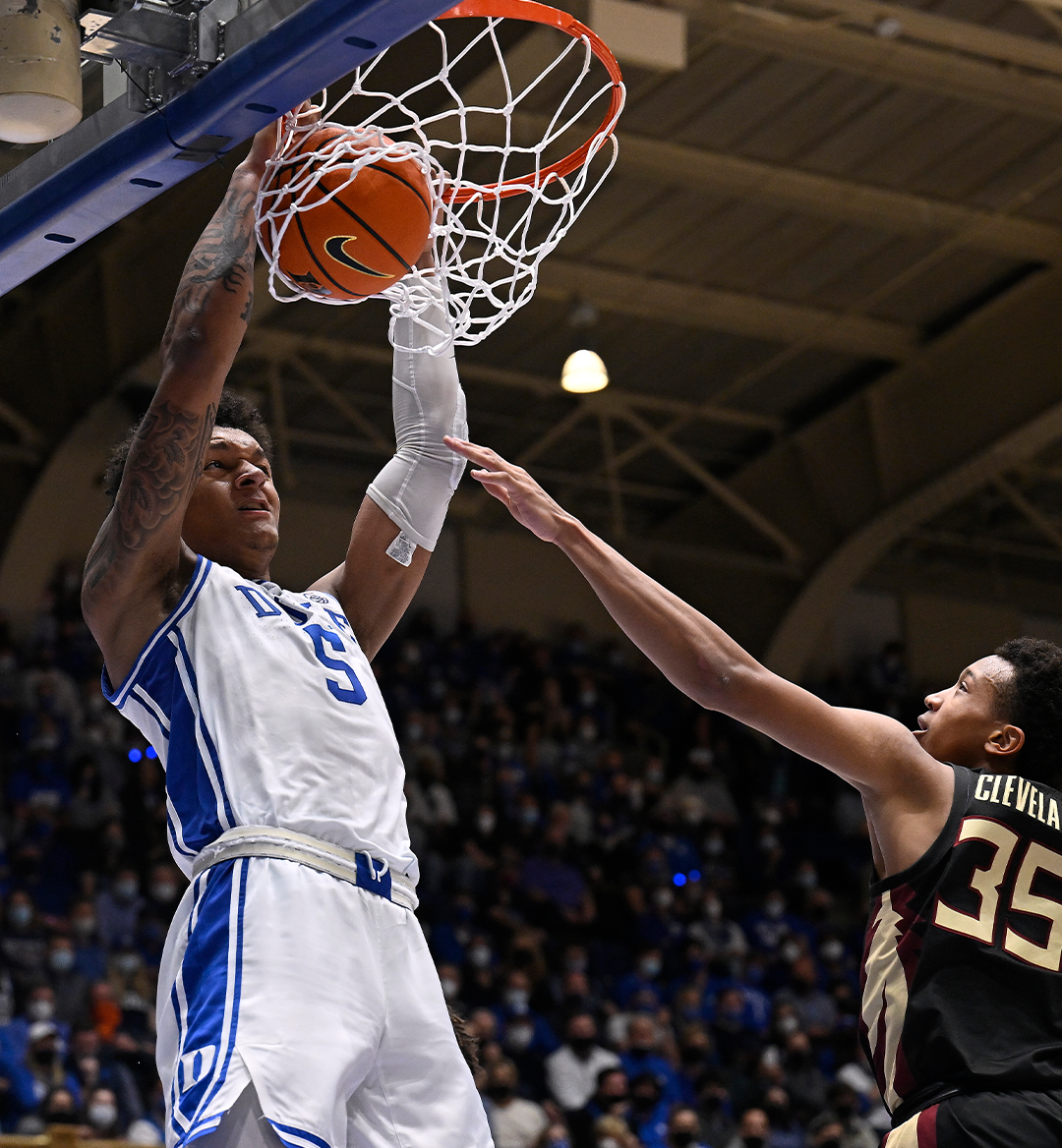 In the world of NBA Draft sickos, Paolo Banchero has been famous for too long—he’s been a stalwart on recruiting rankings since he was eligible to be included in recruiting rankings, never falling below sixth in his high school class since his freshman year of high school in 2018. But now, after years of hype as the prospective number one pick in the draft, he has seemingly lost ground to Jabari Smith and Chet Holmgren, who present a novel, alien goodness rather than Banchero’s quotidien greatness. Familiarity has bred contempt—the nits are being picked. Still, Paolo Banchero is the best player in this year’s NBA Draft, no matter what the Orlando Magic think.

The most basic explanation for Banchero’s appeal is that he’s more skilled than just about anybody who’s bigger than him and bigger than just about anybody who’s more skilled than him. Even as the NBA charges into its age of monsters, he's built different; 6’10, 250-pound teenagers shouldn’t be able to pass, dribble, and shoot with his level of fluency. During his one season at Duke, Paolo Banchero was the unquestioned best player on a Final Four team—his 17.2 points, 7.8 rebounds and 3.2 assists per game over the course of the full season were very good; his NCAA Tournament run, punctuated by 20+ point outbursts against Texas Tech and UNC, was even better.

Although Banchero isn’t an overly elastic ball-handler or bursty speed merchant, the basic fact that he’s a 6’10, 250-pound person who can score off the dribble offers a basic physics problem for opposing defenses. Smaller, faster defenders will be battered by his 6’10, 250 pound frame; bigger, slower defenders will be dusted. It hardly takes the scientific method to deduce that that boy nice; his 17.2 points per game were the most of any power conference freshman. Even within Duke’s recent lineage of  highly-drafted wing scorers, he stands alone—his 131 unassisted two-point field goals represent a level of self-sufficiency that fellow Dookies Brandon Ingram (111 unassisted twos), Jayson Tatum (98) and Jabari Parker (97) couldn’t reach.

For Duke, Banchero was the nominal power forward who served as the de facto point guard by virtue of being the team’s most capable ball-handler. While he initially processed the game with the torpor and uncertainty of a guy who hadn’t played high-stakes basketball since the start of the pandemic, he regained his sharpness as the season progressed. In the Sweet 16, he hung 22 points and 4 assists (and just a single turnover) on Texas Tech’s top-ranked defense, the sole Duke player who didn’t seem dragooned by the Red Raiders’ suffocating no-middle defense.

If Tech throttled offenses by turning their opponents into quivering worrywarts, Banchero calmly exploited their aggression. Since no-middle defense is a fairly dogmatic scheme built upon pre-programmed rotations, he forced Tech to tip their hand, provoking help defense before firing the ball to the open space where the help came from. Aware of his own gravity as a scorer, he punished overzealous rim protectors by feathering lobs and drop-offs to Mark Williams and caught perimeter players in traction by finding AJ Griffin for open threes. To paraphrase the honorary poet laureates of Daytona Beach, Banchero is scary and he knows it.

Certainly, Banchero isn’t a perfect prospect. There’s a nagging feeling that he's distracted by the vastness and variegation of his own talents—at times, it looks like he’s preoccupied with side-missions, hunting down perfect pelts rather than advancing the plot of the possession. Accordingly, he sometimes showed a frustrating tendency to settle for pull-up jumpers rather than dunk through the cranium of some terrified Clemson galoot; there's no reason that somebody as physically dominant as Banchero should take more mid-range jumpers than shots at the rim. As a result, Banchero’s 55% True Shooting at Duke was probably lower than it should've been.

Ultimately, Banchero is at once the safest and riskiest player in the Draft. Regardless of where he’s drafted, he’ll be the runaway favorite to win Rookie of the Year; he’s clearly better-equipped for immediate success than Holmgren or Smith or Jaden Ivey. Nobody doubts that Banchero is an exceptional scorer and rebounder; the question is whether he can be exceptional enough.

Whereas Holmgren’s defense and Smith’s shooting provide both of them with a high floor, Banchero doesn’t have those same auxiliary skills to be a role-player if he can’t reach his ceiling. As a spot-up shooter, he’s fine; his defense is whatever. Instead, his appeal lies in his potential to be the guy for his team, which is a tremendously high bar to clear. Every player in the NBA is so good that true eliteness is exists within tiny, fungible margins. The difference between Julius Randle making 2nd team All-NBA as the leader of a playoff team and Julius Randle getting booed as the scapegoat for a bad one is about three extra missed three-pointers every two weeks. If Banchero can maintain the efficiency to command primary initiator status, he’ll be the kind of omnipotent jumbo creator that racks up fistfuls of All-NBA berths. If he can’t, his value becomes considerably murkier.

But this is a risk worth taking. More than shooting, more than defense, more than having that dawg in you, advantage creation—the ability to force defenses to react to what you do— is what greases NBA offenses. This is why the Luka Doncic-led Mavs proved to have a more resilient offense in the playoffs than Chris Paul's Suns or why the Warriors offense remains so deadly even with Steph Curry as the only functional dribbler in their starting lineup. Before you create an open corner three, you need to force a rotation; to force a rotation, you need to make defenses afraid of you; to spook defenses, you need to be very good in very specific ways. In this sense, Paolo Banchero looks like a future star because he’s good at the primary, star-making skill.