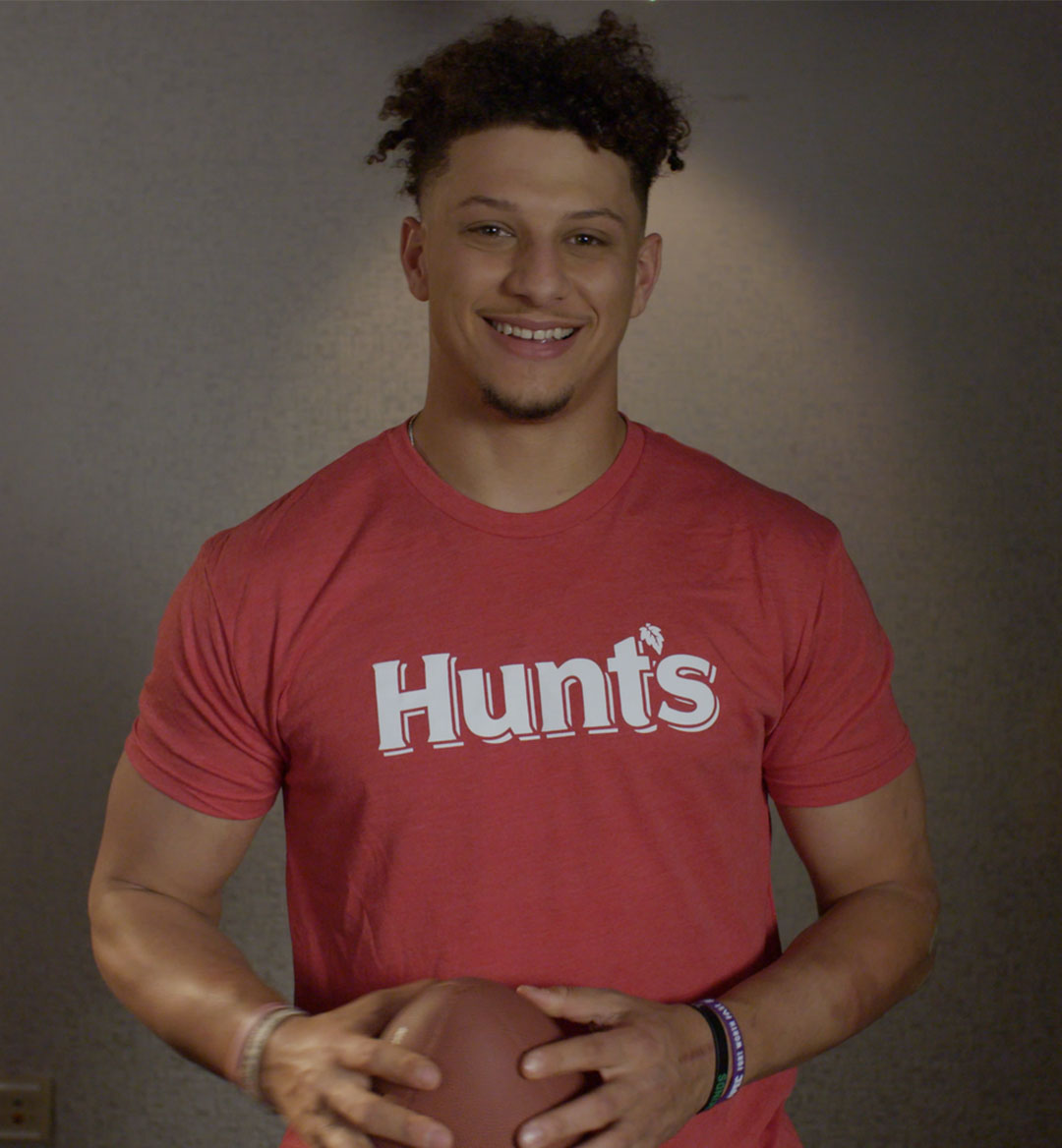 Last fall, an ESPN magazine profile of Kansas City Chiefs quarterback Patrick Mahomes revealed something shocking: Mahomes puts ketchup on everything. The habit went ludicrously far, to the point that Mahomes admitted to slapping ketchup between two slices of plain bread and eating that as often as two or three times a week. As he got older, Mahomes grew embarrassed to ask for ketchup, even though he wanted it; at steakhouses, his mother, Randi, would order it instead and slip it to him on the sly.

“I had gotten to a point where I’d ask for ketchup and the chef would come out to me because they thought that I thought something was wrong with their steak,” says Mahomes, calling in from the Chiefs’ training facility in Kansas City, Missouri. “And I was like, man, I just like ketchup.”

This information immediately went viral. An athlete from an older generation might have instantly gone into damage control mode, posing with famous chefs in steakhouse kitchens, flaunting unadorned prime cuts. But having grown up in an era where social media is every millennial’s second language, Patrick did something awesome: He leaned into it. Ketchup brands went nuts for it.

Heinz promised Mahomes a lifetime supply of ketchup if he passed for 57 touchdowns, which, in hindsight, was a lofty ask for a pro athlete who had been bombarded with free ketchup from the moment his affinity for ketchup went viral. (The record for touchdowns in a season is 55. If Mahomes had passed for 57, free ketchup would be the least of his concerns.)

Eventually, Hunt’s called—they had to have Mahomes as their spokesperson. Dan Skinner, the communications manager for Conagra Brands (which own Hunts), flew to Kansas City to woo Mahomes. Shortly thereafter, the biggest endorsement deal in the history of ketchup was struck.

ONE37pm talked to Mahomes about the deal, social media, the important distinctions between barbecue sauce, ketchup and other condiments, and his role in the development of Hunt’s new all-natural Best Ever ketchup formula.

ONE37pm: So, was there a bidding war? Heinz said they’d give you a lifetime supply of ketchup if you got to 57.

Mahomes: A lot [of companies] called my agent. I got frigging ketchup from everywhere. There were companies I’d never even heard of that were sending me ketchups, and different styles of ketchups. I finally had to give some away, because I had a whole cabinet full of just ketchup from all these different ketchup companies. I was getting it for about two or three weeks after [the story went viral]. But it was a cool deal.

I mean, it was crazy when it happened, especially through social media. But I’ve definitely already gotten probably a lifetime supply of Hunt’s ketchup. So I think I’m good there.

Mahomes: I only eat barbecue sauce with barbecue food, from the restaurant. If I take some home in a little to-go box or something like that, I usually eat ketchup with it at home. So I don’t know what’s so weird about me about that. But definitely while I’m eating barbecue food at restaurants, I use barbecue sauce. Sometimes I like a little spicy—kind of depends on what kind of barbecue food I’m eating.

Do you have a favorite spot in town?

Mahomes: I’ve been eating Joe’s a lot. That’s been the one that I’ve been going to and getting delivered a lot. I’ve been on Joe’s. It was Jack Stack, now it’s Joe’s. So I kind of just gotta make my rounds.

What sealed the deal for Hunt’s?

Mahomes: The biggest thing that I do with all my endorsement deals is always meet the people first. I always want to know who I’m trying to deal with and what kind of people they are. And I feel like that was a big deal for me, getting to meet those people and understanding that they are really good people and that they want to help me build my brand in the best way possible, as well as theirs. And then, obviously, I’ve used Hunt’s ketchup my whole life. So I knew I liked it, I knew I loved everything they were about, and I know that they’re going to keep trying to get better and better every single year.

I sense a divide between athletes who grew up with social media and those who didn’t. Do you see that kind of divide in the athlete community and in the locker room?

Mahomes: I don’t know if it’s necessarily a divide. But being able to see what it was like when I was in high school and in college and watching the show, with me being the one tweeting at pro athletes, being able to conversate with them, and then now, being a pro athlete, I understand what it’s like, just because I’ve been on both sides of it. But I don’t know if it’s necessarily a divide. People are starting to really understand social media and the impact it has in our daily lives. And so I just kind of try to be authentic to who I am and try to keep that rolling.

What’s the next category you’re dying to break into?

Mahomes: I have some that are in the works already; I can’t really announce yet. But I mean right now I’m pretty set on where I’m at. I can kind of knock them out here soon, and then I’ll have a lot of free time where I can go out there and get ready for the football season. I’m excited about the opportunity to keep building my brand.

For more stories related to athletes’ individual business interests and partnerships, check out our 30 Most Entrepreneurial Athletes series.