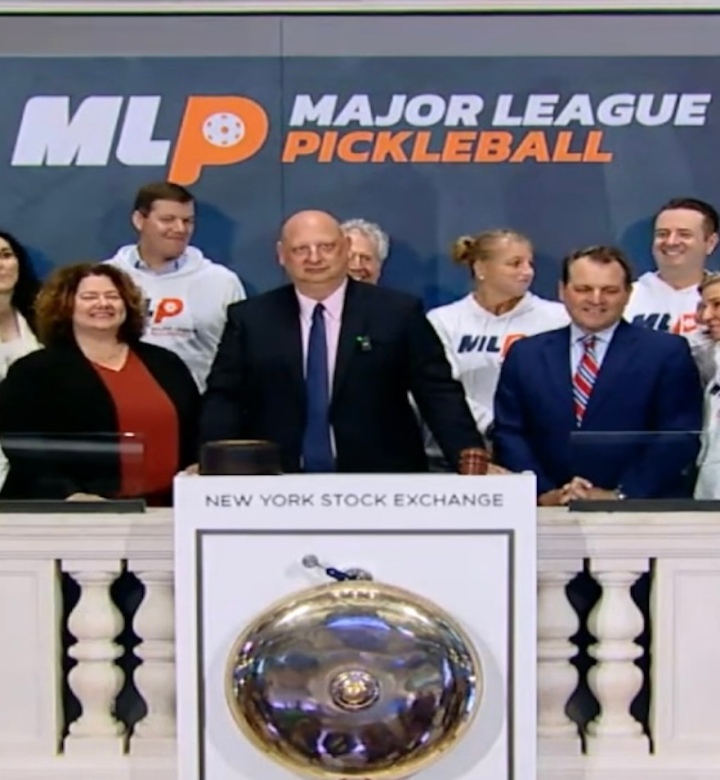 As you know, pickleball is the sport of the future. It’s garnered the attention of everyday people, top athletes in other sports and even power players on Wall Street. In support of next week’s launch of the 2022 Major League Pickleball season, the MLP Founder, Steve Kuhn was invited to ring the Opening Bell at the New York Stock Exchange.

The NYSE also hosted an exhibition pickleball match featuring four of the top players in the trending sport. This marked the first time in history that a sporting event was held in the New York Stock Exchange.

The historic event, which took place in front of a select group of spectators, was livestreamed on New York Stock Exchange’s YouTube channel.

With a 40% increase in interest in pickleball, the sport which has been around since the mid 1960s, is currently the fastest growing sport in America. An estimated 4 million+ people picked up paddles in 2021 alone.

This Saturday (May 28th), the invitation-only live draft reveal show will take place in New York at the iconic USTA Billie Jean King National Tennis Center in Flushing Meadows. Check out MajorLeaguePickleball.net, as well as MLP’s YouTube and Facebook channels for highlights.

Stay locked in with ONE37pm for all of the most up to date information on all things pickleball.