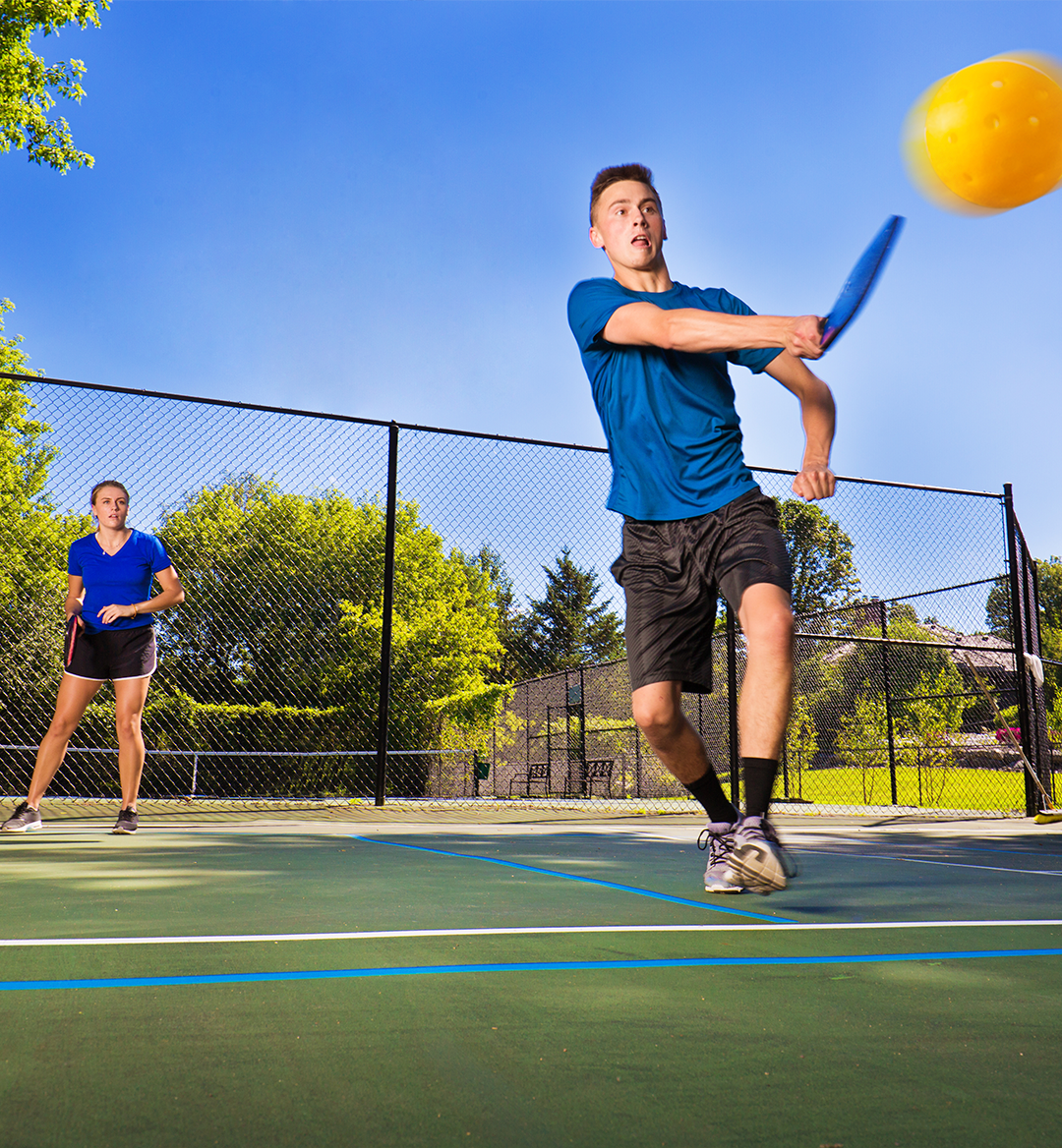 Pickleball is sweeping the nation as one of the United States' next big sports.

The sport is played by athletes of all ages and pickleball has recently received a huge boost from major celebrities.

NFL stars like Russell Wilson, Drew Brees and Rob Gronkowski have all hit the pickleball courts and enjoyed the sport.

Although there are many similarities to tennis and other racquet sports, some pickleball terms differ.

[ MORE: What Is The Professional Pickleball Association? ]

ONE37pm offers up some of the most important pickleball terms to you'll need to know before hitting the courts.

The Association of Pickleball Professionals (APP) is one of the bodies that hosts both professional and amateur events.

The APP Tour is one of the leading tours in pickleball.

An Around-the-Post shot is one of the most exciting shots. Players wait for the right opportunity to hit the ball onto the other side around the post.

A Dead Ball occurs when a fault has happened and the ball isn't in play any longer.

The Kitchen is the phrase used for the No Volley Zone. Players can only enter the area if the ball has bounced in it.

Volleys and overhead smashes aren't permitted in The Kitchen.

Similar to tennis, pickleball has a variation of a drop shot known as a Dink.

Dinking occurs in or around The Kitchen and is designed for players to keep the ball as close to the net as possible.

The Double Bounce rule is similar to tennis. Players must return the ball over the net in one bounce or less.

An Erne is a shot in pickleball where a player strategically jumps from behind The Kitchen and lands out of bounds.

This shot is used to generate a surprise attack on an opponent and often finish a point off.

Faults can happen in when a ball isn't returned over the net and if a serve isn't put in play.

Faults are enforced if players volley inside The Kitchen as well.

A Game in pickleball is played to 11 points. A player must win by at least two points to secure a game.

Lets are different in pickleball than tennis and ping pong. A serve can hit the net and enter the court while being played.

However, when a ball hits the net cord and doesn't go over it's a fault.

No Man's Land is when a player is stuck between the serving line and The Kitchen during a point.

The Professional Pickleball Association (PPA) is another organization that hosts high-level tournaments across the U.S.

Passing shots occur when a player hits the ball down the line past their opponent.

Unlike tennis, Server Number is important in pickleball because in doubles each player serves when the ball is on their side of the court.

A Side Out occurs when a player or team loses a point. The serve goes over to the other side of the court.