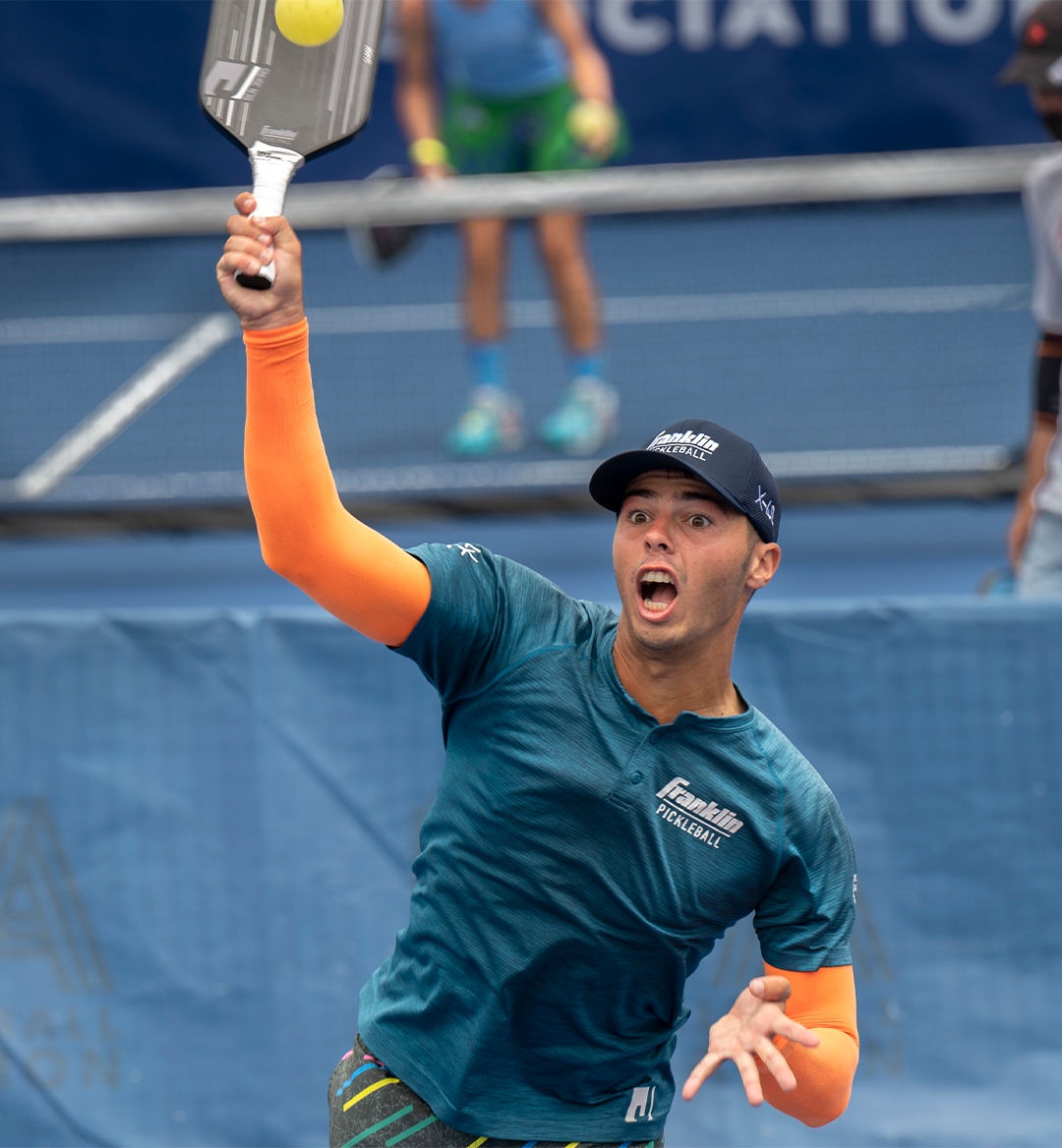 Pickleball, once the bailiwick of retirement communities and high school gym classes, is now the fastest growing sport in America. Since 2020, pickleball’s player base has increased by nearly 40%, with the lionshare of that growth coming amongst younger players. While the game started as a humble lawn game and is named after some guy’s dog, it has recently become a relatively big business with a robust professional tour. Last month, Tom Dundon (the owner of the Carolina Hurricanes and the front-man for the now-defunct Alliance of American Football) purchased the Professional Pickleball Association. Similarly, another upstart promotion, Major League Pickleball, has a coterie of big-deal investors that’s headlined by tennis legend James Blake and Marc Lasry, the co-owner of the Milwaukee Bucks.

In other words, pickleball will soon be a big deal, if it isn’t one already. Here’s everything you need to know about the sport of the future.

Pickleball is essentially the midpoint between tennis and ping-pong. Like tennis, it’s largely played on outdoor courts—a pickleball court is roughly the size of the deuce and ad boxes on a tennis court; like ping-pong, the game is played with paddles instead of racquets and the ball is made of plastic (a pickleball is essentially a wiffleball with a more uniform and predictable perforation pattern). It's a lot of fun.

What are the rules?

The number one rule is to enjoy yourself! But seriously, the rules are simple—hit the ball over the net and don’t hit it out of bounds. Besides that, the rules are mainly mechanisms to make games and rallies more fun. Namely, the ball needs to bounce on both the serve and the return before any volleys are allowed and there’s a no-volley zone directly in front of the net on both sides.

Scoring-wise, the most unique rule is that you can only score points when you or your team is serving. If the server wins a rally, they earn a point; if the returner wins the point, they then get to become the server. On the professional tour, each “game” is won by the first player/team to score 11 points and each match is won by the first player/team to win three “games.”

Who are the best players?

Ben Johns, a 22 year-old college senior, is probably the best pickleballer in the world, ranked as the number one men’s singles, men’s doubles, and mixed doubles player in the world. He’s the George Mikan or Johnny Unitas of pickleball, the sport’s first superstar who introduces the game to a broader audience. Outside of Johns, other notable men’s players are Collin Johns (Ben’s brother and doubles partner) and Tyson McGuffin, the #2 men’s player and the tattooed bad-boy of pickleball.

What are the biggest pickleball competitions?

Honestly, it’s still kind of hard to say. At this point, pickleball’s structure is similar to that of pro boxing, lacking a single, centralized governing body. Of the three professional pickleball tours, the Dundon-backed Professional Pickleball Association and the Austin-based Major League Pickleball seem to have the most juice. The PPA is probably the sport’s closest analogue to the ATP or PGA and oversees the Champions Cup, the PPA Open, the Toronto Cup, the PPA Championships and The Masters, which are considered the five “majors.” Outside of the “majors,” the Tournament of Champions in Brigham City, Utah and the US Open are considered to be marquee events.

Alternatively, Major League Pickleball seems like a combo of a pickleball super-league and hype house. Whereas the PPA events are open to anybody who qualifies, MLP consists of only 32 of the best players (including Ben Johns and Catherine Parenteau) and has the biggest purse of any tournament. MLP also hosts all of its events at its homebase in Austin, Texas, giving it the capacity to produce its own social content and promote the sport.

Where can I watch?

The biggest events are available on ESPN+ with the finals of those tournaments even broadcasted on ESPN or ESPN2. Beyond those events, the PPA and MLP both livestream their tournaments on Youtube; the next PPA tournament is the Riverland Open, which takes place from March 10th-13th.