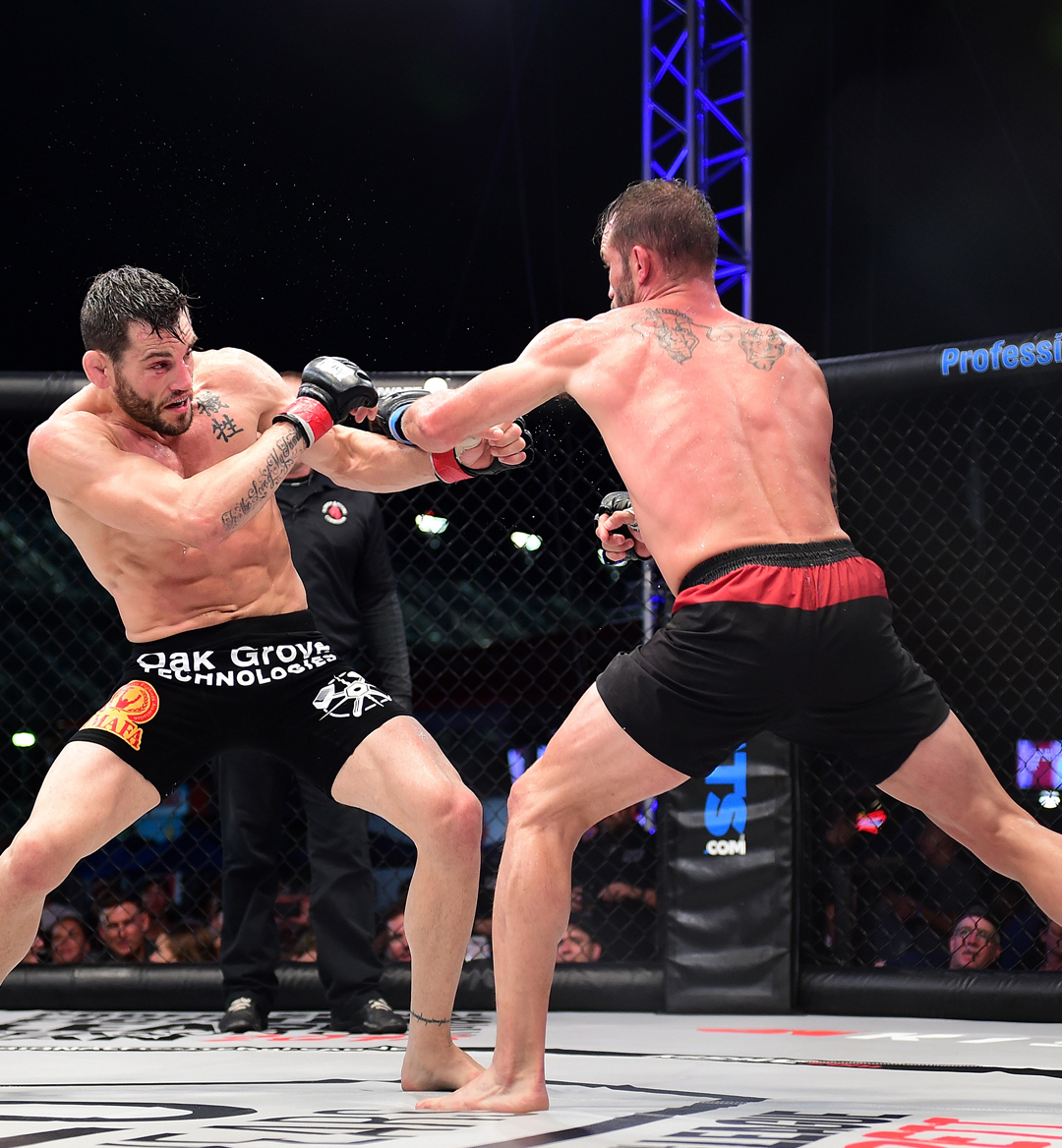 For a long while, even if you were more than just a casual MMA fan, all you’d really need to watch to keep up with the main news in the sport was the UFC and some bigger Bellator cards. Thankfully, that hasn’t been the case for a little while. Some other promotions have been making a name for themselves and putting themselves on the map in terms of being a product worth checking out in the MMA space, which the UFC basically monopolizes.

One of those promotions is the PFL (Professional Fighters League).

How Do The PFL Playoffs Work?

Like the NBA functions, fighters are given a seed based on their points in the regular season. Since four fighters in each division advance to the playoffs, the #1 seed fighters the #4 seed in one semi-finals matchup and, of course in the other, the #2 and #3 seed fight. Just like the regular season, these are three-round bouts.

The winners of each semi-finals fight will fight each other over five, five-minute rounds at a championship event in New York. The winner of each fight will be the winner in their weight division and along with a prestigious PFL title, they will receive a massive $1 million. That grand prize is exactly the kind of thing that has attracted fighters like former Bellator champion Rory MacDonald and former UFC champs Anthony Pettis and Fabricio Werdum to the organization.

Where To Watch The PFL

In the States, PFL main cards air on ESPN 2 and ESPN Deportes at 9 PM EST. The preliminary bouts take place on ESPN+ at 5:30 PM EST. For a full list of how you can watch the PFL outside of the U.S., check this out.