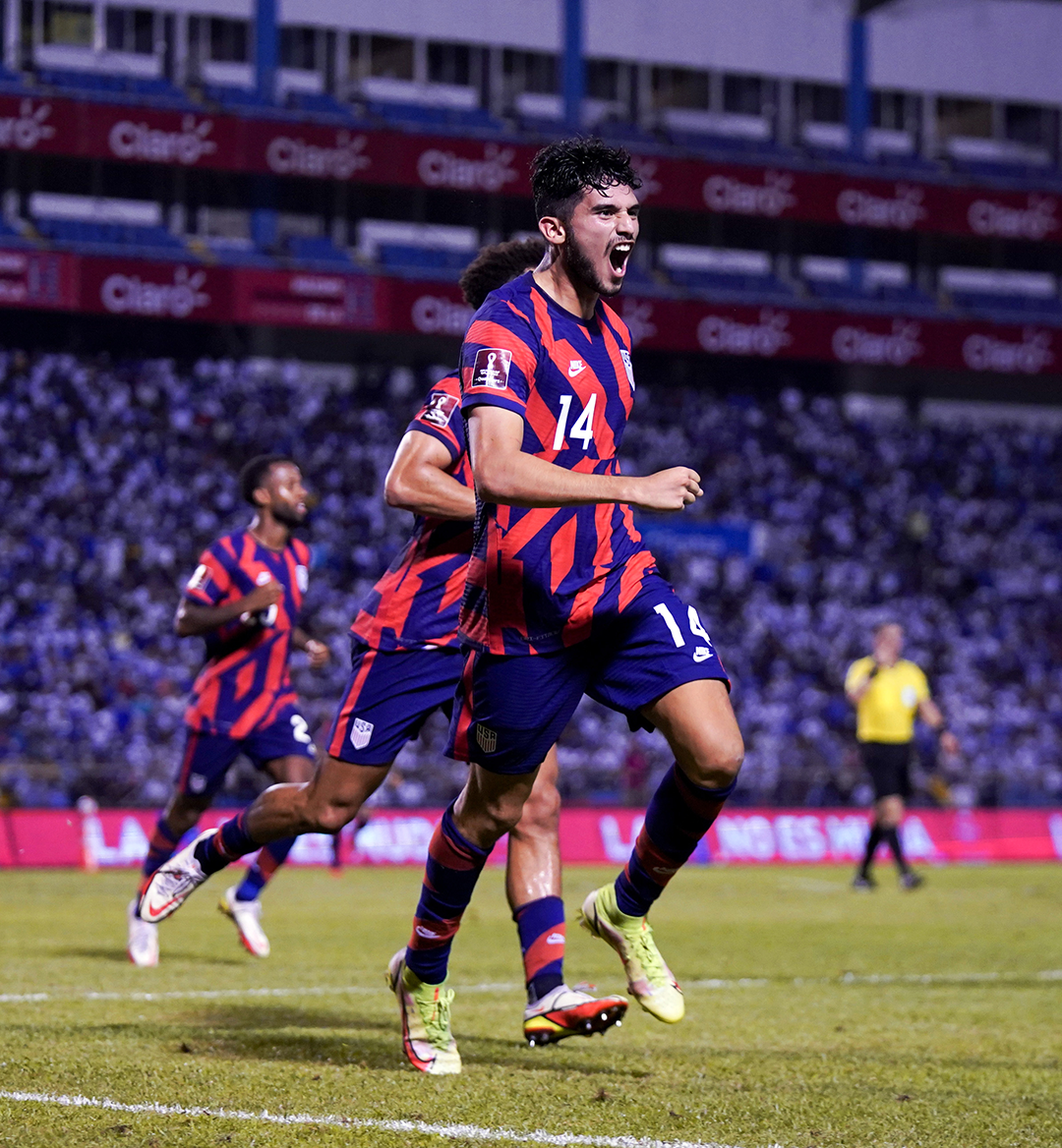 Ricardo Pepi’s first moment with the U.S. men’s national team couldn’t have come at a more important time for the program.

After failing to win both of its opening matches of the new Concacaf World Cup Qualifying cycle, the USMNT was in a must-win situation at Honduras on Wednesday night in San Pedro Sula.

Pepi earned his first start for Gregg Berhalter’s side and did not disappoint, sparking the Americans to a 4-1 triumph and an important three points to close their September schedule.

Pepi delivered the winning goal and also contributed two assists against Los Catrachos in what was a memorable debut for the 18-year-old forward.

The FC Dallas forward watched from the sidelines in the USMNT’s opening two matches of qualifying, draws with El Salvador and Canada, but made sure to make his mark in style with the Americans staring another disappointing result in the face.

“When Gregg told me that I was going to start, [it was] on the plane on the way here,” Pepi said post match. “So it was very special. I was prepared for the moment and I took advantage of it.

“It was a learning experience for me,” Pepi said of the first two games spent on the bench. “I feel like I learned about the opponents, the atmosphere that games like this are in. It was very important for me to able to take that energy, manage it and then be ready and be prepared for the next one.”

Pepi was held in check for the first half, but made the most of his opportunities after halftime. His flick-on header off a Sebastian Lletget cross saw Antonee Robinson equalizer for the Americans before Pepi called his own number off a DeAndre Yedlin cross in the 75th minute.

With Honduras clinging on to slim hopes for an equalizer of its own, Pepi crossed to Brenden Aaronson in the box for the third USMNT goal of the half. Pepi remained on the field to watch Lletget cap off the dominant half with his first goal of qualifying,  before celebrating with his teammates and coaches at the final whistle.

"I saw DeAndre Yedlin ready to cross the ball, I feel like I was in a good spot, and the ball came straight to me, so I got up in the air and I headed the ball,” said Pepi about his goal. “I was ready for that moment, I was ready for the opportunity and I was waiting for the ball to come to me. So I feel like everything was perfect.”

“I think he did a great job. Worked tirelessly, competed against physical center backs, scored a really good goal and overall I think had a strong performance,” said Berhalter. “For an 18-year-old, it's really impressive what he did.”

Pepi’s stock has certainly grown in 2021 for both club and country, continuing to be one of the top prospects in the USMNT pool.

His 11 goals scored for FC Dallas has helped the club fight for a Western Conference playoff spot while his debut for the USMNT now has him in consideration for the October window later this fall.

With Josh Sargent and Jordan Pefok both failing to score in their appearances this month, Pepi walks away as one of the main winners in the squad and now will look to carry that confidence into the rest of the MLS season.

The young forward may have lacked international experience coming into Wednesday’s match, but leaves with 90 minutes under his belt, a Man of the Match performance, and exciting feelings about what’s on the horizon for his career.