Richard Jefferson Entertains And Laughs With Fans During Refereeing Debut 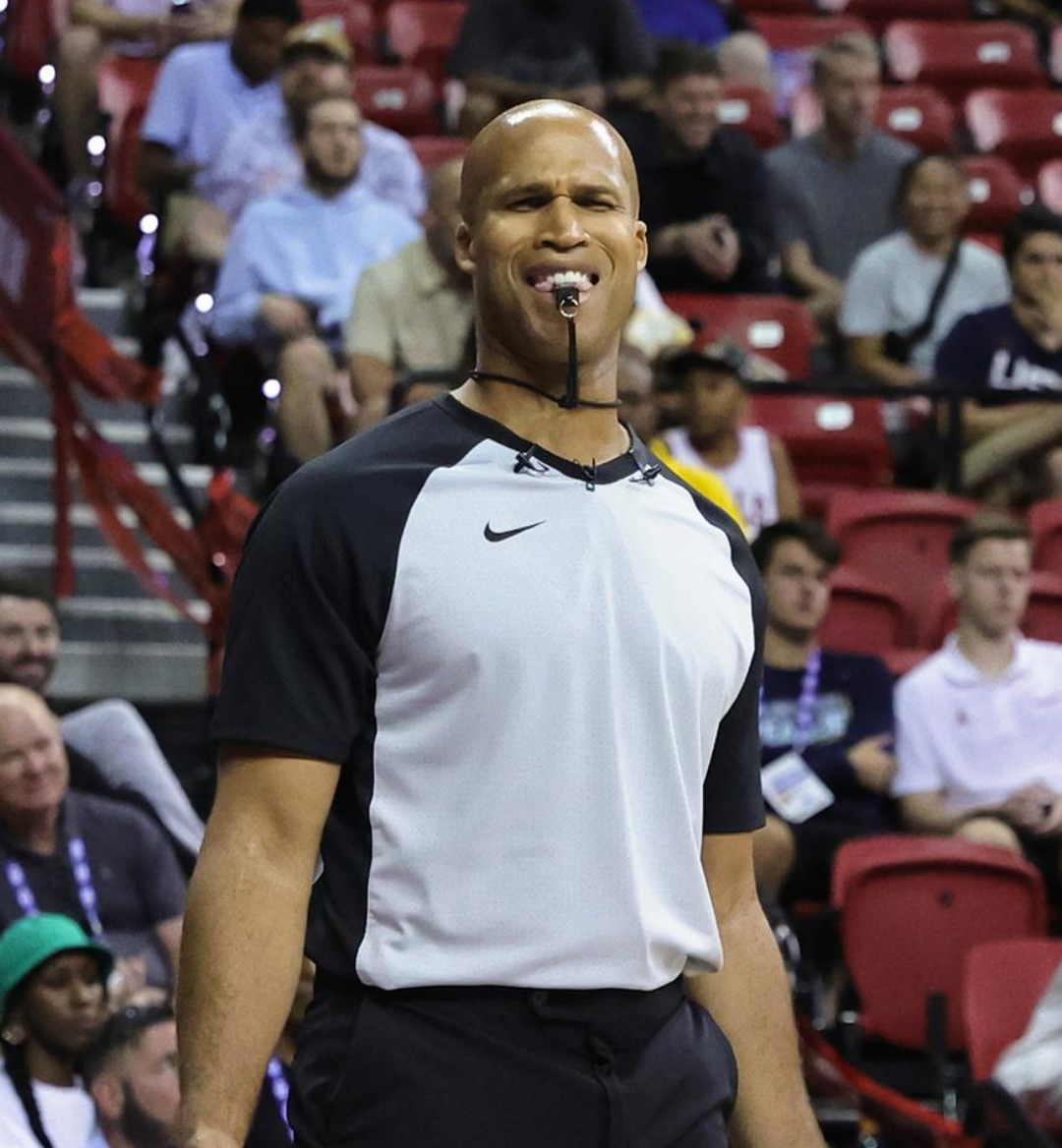 Even as the dog days of summer settle in, there's always a random spark that changes the monotony. As the NBA Summer League is five days away from concluding and having peaked in its on-court action and courtside cameos, Richard Jefferson's sudden appearance as a referee was the talk of social media conversation Monday night.

Why do this?
1. Tremendous amount of knowledge about our game that I’ve learned sitting in classes with the best refs in the world
2.I do this because not many people would dare put themselves in this position. The more info I have the more informed I am as a broadcaster 🫡

After several sessions to prepare for his refereeing debut, the former NBA vet turned ESPN analyst officiated the second quarter of Monday's matchup between the New York Knicks and Portland Trail Blazers-- an ironic occurrence given Jefferson's best playing days being with the ex-New Jersey Nets and his history of criticizing the Knicks.

While Jefferson's actual performance was far from perfect, it certainly was when it came to inspiring takes from our social media timelines.

Of course the worst Knicks quarter of Summer League is being officiated by Richard Jefferson.

Richard Jefferson just blew his first call as a ref, much to the delight of everyone in attendance pic.twitter.com/7Cic54Ox6Y

And you're doing your job if Knicks head coach Tom Thibodeau is heckling you, right?

Lastly, was this right or wrong call by RJ?

.@Rjeff24 changed his first-ever call as an NBA official 😅 pic.twitter.com/F9ffWzUs79

In all seriousness, salute to Richard Jefferson for taking on this task and using it as a way to further educate himself and the fans on what it's like to officiate at a high level.