Can the Savannah Bananas Save Baseball? 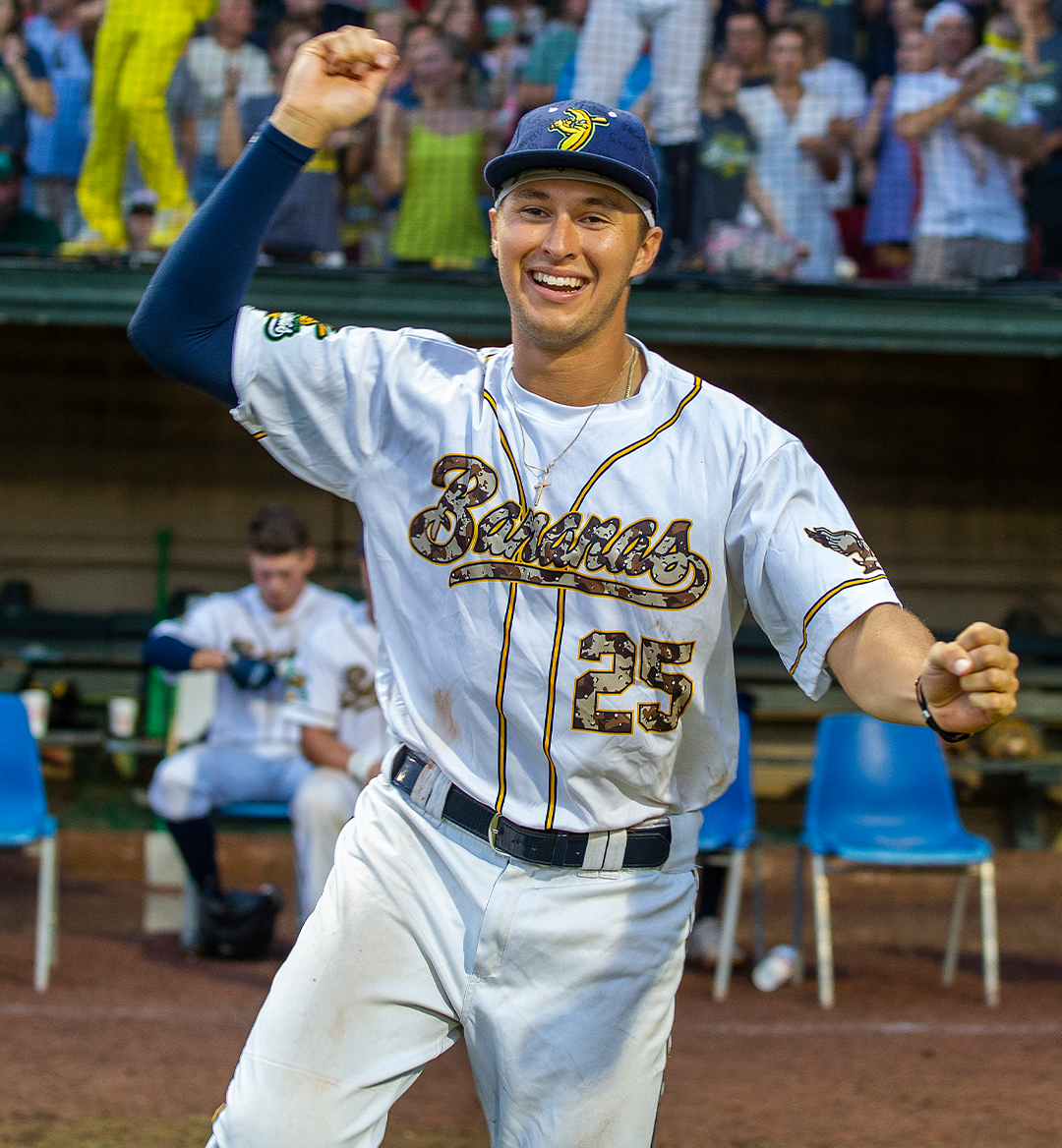 The most popular baseball team on TikTok doesn’t play in Major League Baseball—for that matter, they don’t play minor league or college baseball either. In fact, the Savannah Bananas, an independent summer team consisting of college players that has 14 million TikTok followers, would probably even resent the implication that they play baseball. Instead, the Bananas have created Banana-ball, a bastardized version of baseball that could serve as a template to help stodgy MLB create a more dynamic future.

For the uninitiated, Banana-ball is baseball, but with all the idle, dead air replaced with utter chaos. Walks turn into sprints—on ball four, the batter can take however many bases he can before every defensive player touches the ball. Foul balls are live and the fans turn into fielders: if a fan catches a foul ball, it’s an out. Stepping out of the batter’s box incurs a strike as a penalty and bunting is grounds for ejection. Instead of a single nine-inning game, Banana-ball turns the game into a mini nine-game series—the winner of each inning gets a point, whoever has the most points at the end of the game, wins the game. And each game has a strict two-hour time limit; a “showdown” in which a batter and a pitcher square off is used as a tiebreaker if games go over the allotted time. Oh, and every game begins and ends with a dance-party.

Although the Bananas are forced to play actual baseball in their Coastal Plains League games, they’re also embarking on a banana-ball “world tour” of the South this summer, barnstorming through Florida, Georgia, Alabama and Kansas.

And while this is all silly and fun—I mean, where else do batters take in an at-bat from the splits or swing a flaming bat or take a fan on a date mid-game—it’s also as serious as it possibly can be. The Bananas aren’t solely a Harlem Globetrotters-esque sideshow of vaguely sports-adjacent entertainers; they’re legitimate, high-quality players who can succeed in baseball, not just banana-ball. Competing in the Coastal Plains League, the Bananas draw from Division One baseball teams across the country. In 2021, the team featured players from Alabama, Florida State, Virginia Tech, Purdue and Nebraska. Moreover, Banana alumni have been drafted every year since the team’s inception in 2016, with Braden Shewmeke in 2019 becoming the Banana’s first first-round pick. The only real difference between the Bananas and the teams in the venerated Cape Cod League is that the Bananas have more fun.