Sports Immortals: The Incredible Story Behind The Greatest Collection On The Planet 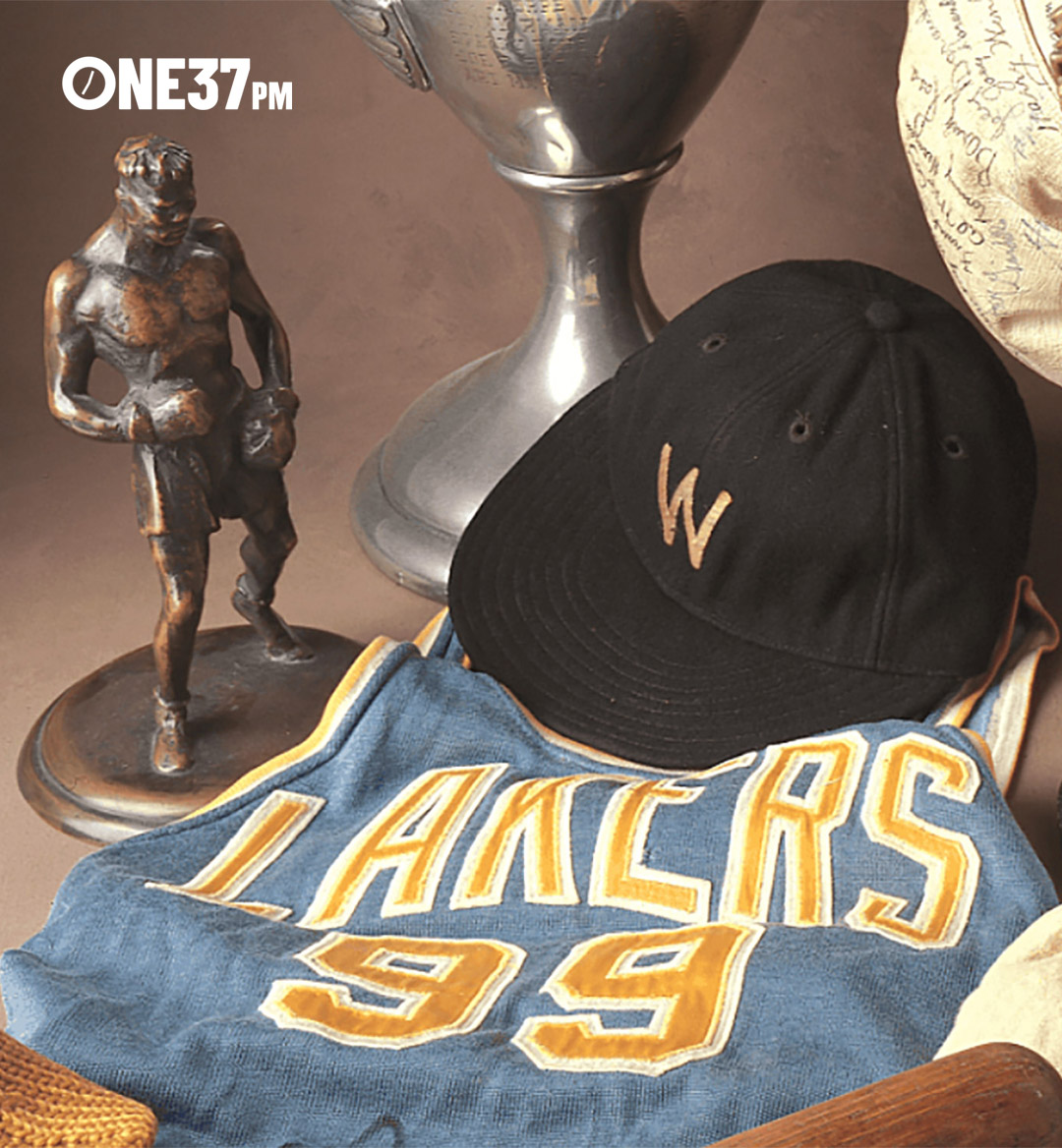 Imagine walking into a room with an unfathomable collection of some of the world’s most rare and valuable sports memorabilia. A room that is so mind-blowing that after you leave, you have to take a deep breath and say to yourself: “What the hell did I just see?”

I just lived that exact scenario after being lucky enough to get a rare tour of the private off-site vault of Sports Immortals in Boca Raton, Florida. The collection is the culmination of collector Joel Platt’s life long goal of “preserving the legacy of sports legends and their record-breaking achievements.”

With an appraised value in excess of $125,000,000, this collection boasts over one million momentos from the greatest athletes of all time and was touted by the Smithsonian Institute as “... absolutely the most outstanding collection in all of sports”.

I could have spent an entire year inside the vault if we gave every piece of the collection the attention it deserved. The room consisted of framed memorabilia hanging on the walls and stacks of locked army trunks full of sports treasure. Joel’s son and Sports Immortals President, Jim Platt, schooled me on the history of some of the more prominent items.

On one wall, James Corbett’s actual boxing gloves from his match with John L. Sullivan in 1892. A quick tilt of the head and I was staring at one of Muhammad Ali’s championship belts. Another wall featured the first trading cards ever printed, the 1887 Allen & Ginter “World Champions” set, framed in pristine condition. Around another corner was a frame containing the original “Articles of Association” for the Philadelphia Athletics, signed by Cornelius A. McGillicuddy (Connie Mack). Another frame contained the letter that Jim Brown sent to Art Modell in 1966 announcing his retirement from the NFL.

After staring at the walls, I couldn’t wait to see what was locked up inside all of the hundreds of trunks. Jim began opening many of them, one-by-one, and each was more mind-blowing than the previous one. 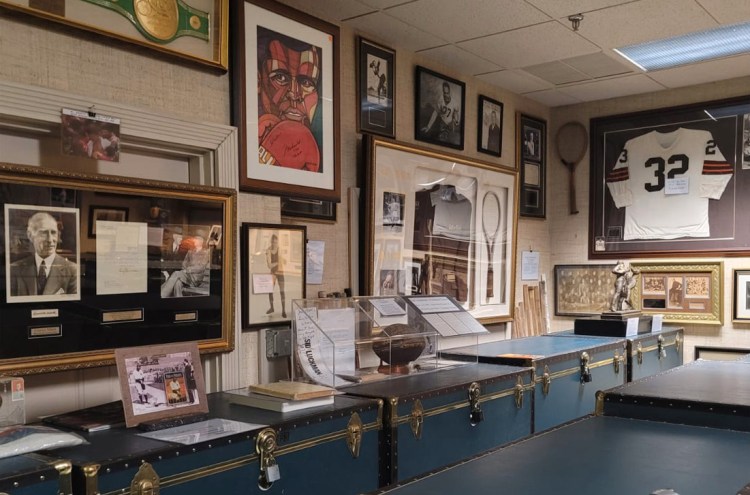 A peek inside of the Sports Immortals off-site private vault that only 200 people have ever stepped foot inside of. / Collectable

The first contained a Michael Jordan autographed game-worn jersey from his rookie year. Another had Satchel Paige’s game-worn traveling Negro League All-Star uniform. A third trunk contained the last jersey Willie Mays ever wore when he played for the Mets in the 1973 World Series.

There was a trunk full of encased baseballs, featuring a ball signed in 1939 by the first class inducted in the Baseball Hall of fame, including Babe Ruth, Ty Cobb, Christy Mathewson Honus Wagner. The 1920 Ray Chapman “Death Ball” casually rested in another. The final trunk featured a Honus Wagner T206 American Tobacco Company baseball card, the rarest and valuable sports card in the world, one of which recently sold for $3.25 million.

How Did This Collection Come Together? 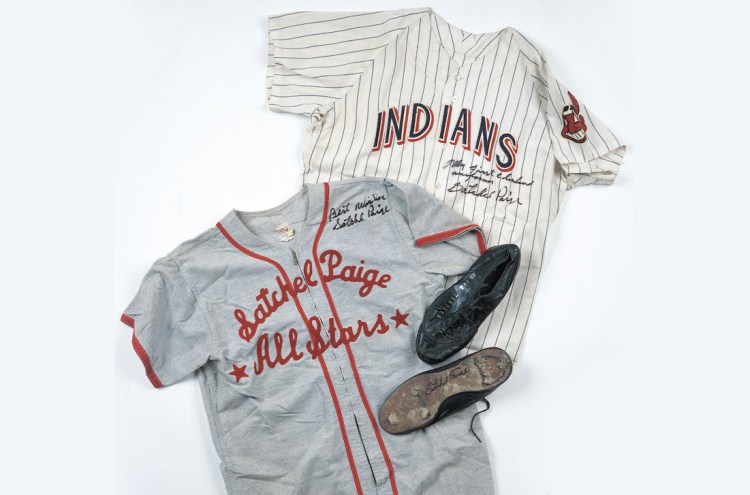 While the overwhelming amount of memorabilia in the collection is beyond impressive, my favorite part of the tour was the history behind how Joel Platt acquired all of the items. The story starts at an early age and is unbelievably inspirational and should probably be told in a movie or television documentary one day.

When Joel was 4 years old, he was injured in a gasoline explosion. Bedridden in a hospital for an entire year, his family brought him baseball cards in order to help him pass the time. One night, the player on his favorite card, Babe Ruth, came to him in a dream and told him, “Don’t give up. You can get better, and someday, you can either be a baseball player or build a museum for sports heroes.”

When he got out of the hospital and started collecting, sports memorabilia wasn’t something that people cared much about. From the 1960s until the mid-1980s, Platt was literally handed a good part of his collection by the athletes and their families. Over the course of seven decades, he has traveled over a million miles procuring over a million items. He also purchased 8 of the largest sports collections during that time, saying that he was “fortunate to be able to corner the market on sports collectibles before they became valuable commodities.”

His foresight led him to collect significant sporting artifacts before they had any true intrinsic value and I am thankful to him because, without that foresight, I have no doubt that some of his museum-worthy pieces would have been lost to history. 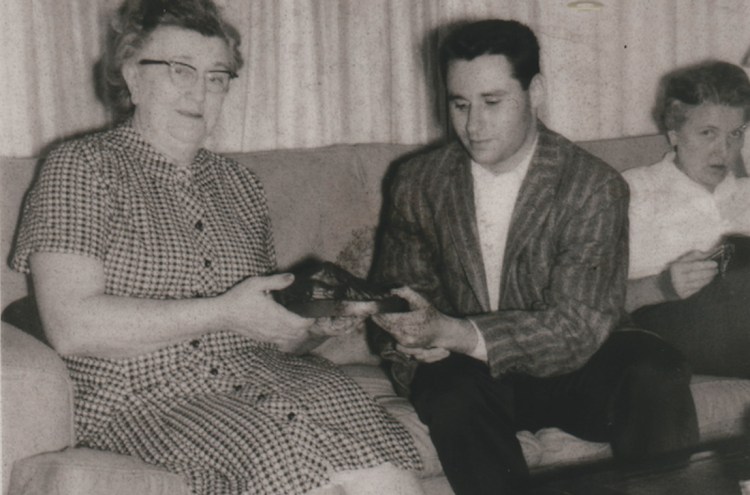 At the young age of 17, Joel’s first road trip took him on an unannounced visit to the house of Mrs. Honus Wagner. He knocked on her door, and after chatting for a few hours about his plans to preserve the history of his memorabilia for future generations, she offered him quite a few momentoes, including one of his uniforms, a bat, and a bronze mold of his hand.

From there, he would quite literally drive from town to town, talking to locals and sometimes paying them for information on where athletes and their families lived. He would also show up at ballparks and talk his way into locker rooms. 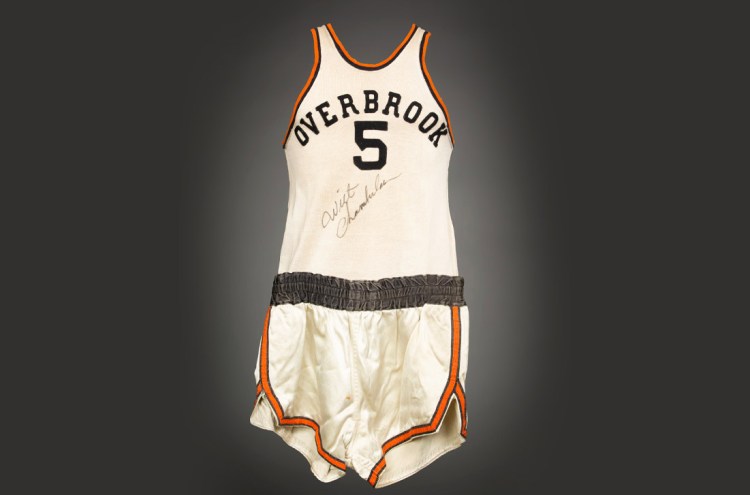 In 1961, Joel took a trip to Philadelphia and knocked on Wilt Chamberlain’s front door, hoping to score some memorabilia. Wilt wasn’t home. After Joel explained his vision for the Sports Immortals Collection to Wilt’s mother, she handed him Wilt’s Overbrook High School uniform that had recently been retired. 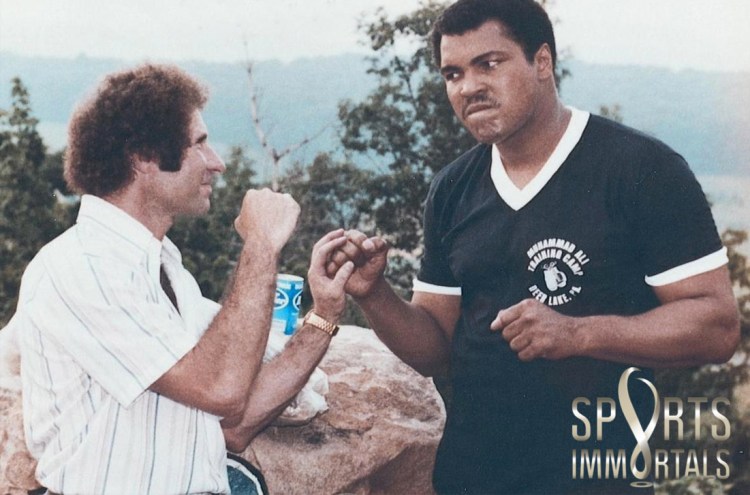 In 1964, Platt fondly remembered meeting his favorite athlete, Muhammad Ali, shortly after his first victory against Sonny Liston. Joel had earlier become friendly with Ali’s trainer Angelo Dundee, who invited Joel to meet the champ after a training session in Miami’s “5th Street Gym.” Shortly after giving Ali a brochure explaining his collection, Joel was brought to Ali’s dressing room and handed the athletic suit that Ali wore while training for the Liston fight. This was Platt’s first of six meetings with the champ, each time leaving with more one-of-a-kind pieces of sports history. 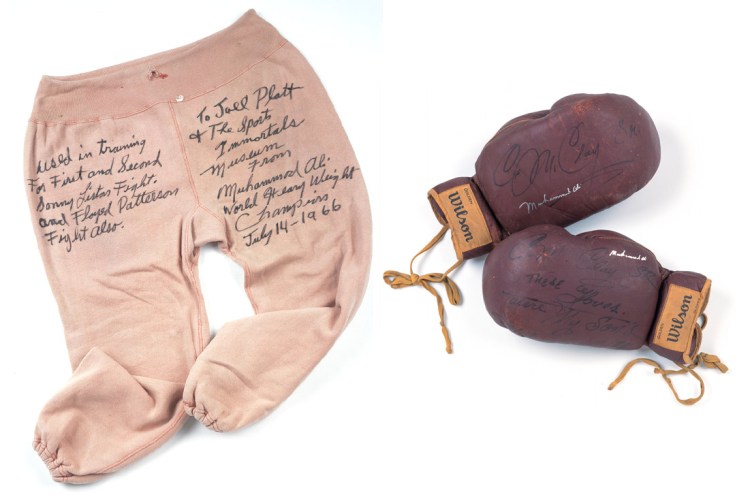 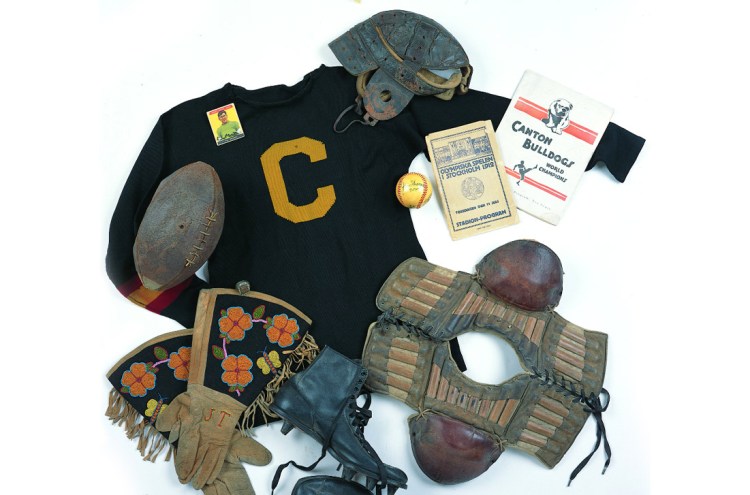 In 1965, Platt traveled to California to track down some Jack Dempsey memorabilia and realized he was only minutes away from Jim Thorpe’s third wife, Patricia. After a quick phone call, Mrs. Thorpe invited Platt to come to see her collection but did not want to part with any of it at that time. The two stayed in touch for over 5 years after their initial meeting, and Joel made two trips back to California to visit her. In 1970, Platt received a telegram that said, “Come and get Jim’s things, am confined to bed, Patricia Thorpe.”

Platt went right out to California and came home with an absolute treasure trove, including Thorpe’s Carlisle Indians Football varsity sweater, his Sac and Fox Indian clothes and tribal garments, multiple trophies and medals, his Olympic scrapbook from the 1912 Stockholm Olympics, dozens of rare photos, and even a letter from President Taft congratulating him on his Olympic success. 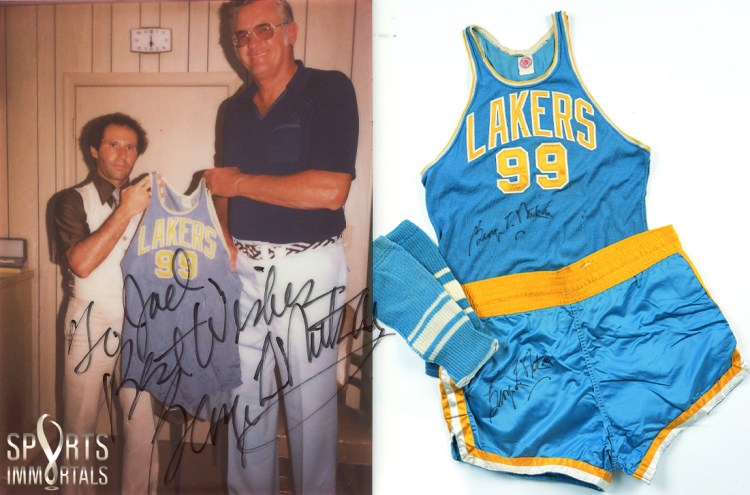 In 1978, Joel showed up at George Mikan’s house, and the two spoke for over two hours. Before leaving, Mikan took Joel to his attic, where he had a bag containing his old Minneapolis Lakers uniform and warm-up suit from the night he won the championship, ready to be tossed out. Instead, he gave them to Platt. The extreme rarity of these items can not be understated.

There may only be 3 or 4 George Mikan jerseys in the whole world. 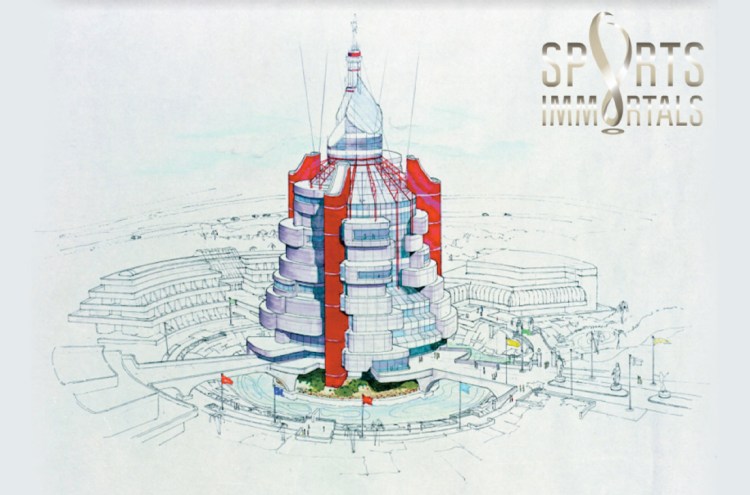 That’s exactly what the Platt family is planning to do.

The mission of the Sports Immortals Experience, according to Platt, is to “develop an interactive Smithsonian-type attraction that would perpetuate the memories and achievements of the greatest athletes in sports history.” 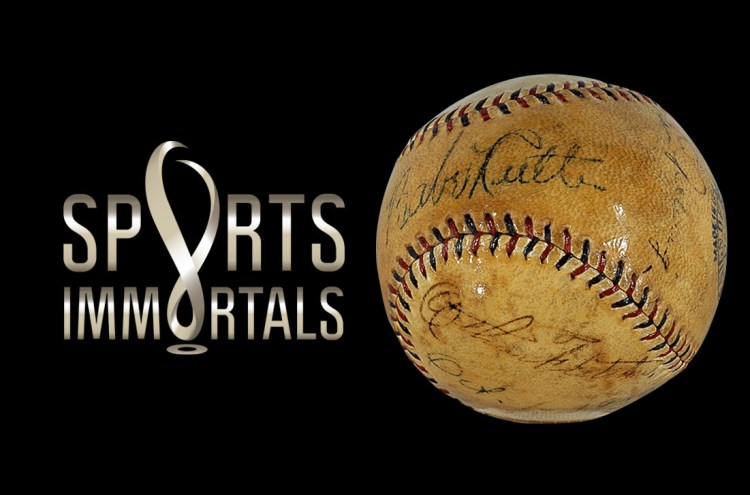 The Platts have quite a few plans in development besides the museum, with the mission of "utilizing the Sports Immortals Assets together with the latest immersive technology to create projects both in the physical and virtual worlds that will be entertaining, educational and inspirational." 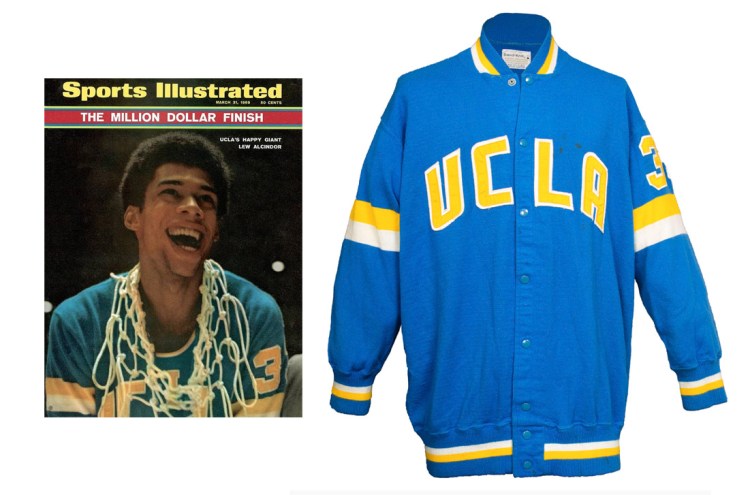 Have you ever dreamed of owning one of the pieces inside of this collection but couldn’t fathom spending $500,000 on such an item? If so, I have some good news for you.

Sports Immortals has recently partnered with Collectable, a fractional ownership platform, which will make it possible for people to invest in certain pieces of the collection made available to the public on the Collectable app.

Over the next few years we fully anticipate offering some of the most iconic items in sports history to sports fans of all income brackets all across the country and soon all across the world.

“Our mission since the start of our company was to be able to get our hands on the best supply of sports collectibles in the world,” said Ezra Levine, CEO of Collectable. “When we met Sports Immortals, we quickly realized that their collection was one of the greatest you will ever see. We look for historically and culturally significant items that have, in our opinion, the high growth potential of iconic athletes. Over the next few years, we fully anticipate offering some of the most iconic items in sports history to sports fans of all income brackets all across the country and soon all across the world.”

Joel Platt’s son, Jim, shared with me that they chose Collectable because… ”they emphasized the importance of storytelling and shared our desire for immersive traveling exhibitions, so there was quite a bit of synergy between our two visions. We felt that the time was right to start sharing my father’s life’s work with the public. He just turned 82 years old, and his story needed to be told.”

On this app, items are initially listed similar to regular stock, with a value placed on the memorabilia, and an IPO announced to the public. Investors have to hold on to their shares for a minimum of 90 days, at which point they can then sell them on the secondary market. Suppose Collectable receives an offer to purchase the item, the shareholders' vote on whether or not to sell. If they vote to sell, owners receive their percentage of ownership.

For instance, Sports Immortals recently offered shares of their Jackie Robinson autographed model bat from his 1949 MVP season on the app. The bat was appraised at $86,250, with the Platt's making 1000 shares available at $48/each. In just 26 minutes, all of the shares were purchased.

Only fitting a quick sell out of an American hero on an American holiday. Our signed #JackieRobinson bat from @theSICollection was just 100% funded in 26 minutes!

“The fractional ownership platform offers us a new and exciting way to keep the memories and achievements of the greatest athletes in sports history alive and as relevant today as they were back then,” said Jim Platt.

We have some of the rarest artifacts in existence, and alongside Collectable, we’re thrilled to start sharing several of these items and their stories with sports fans all over the country.”