Who Are the St. Peter's Peacocks? 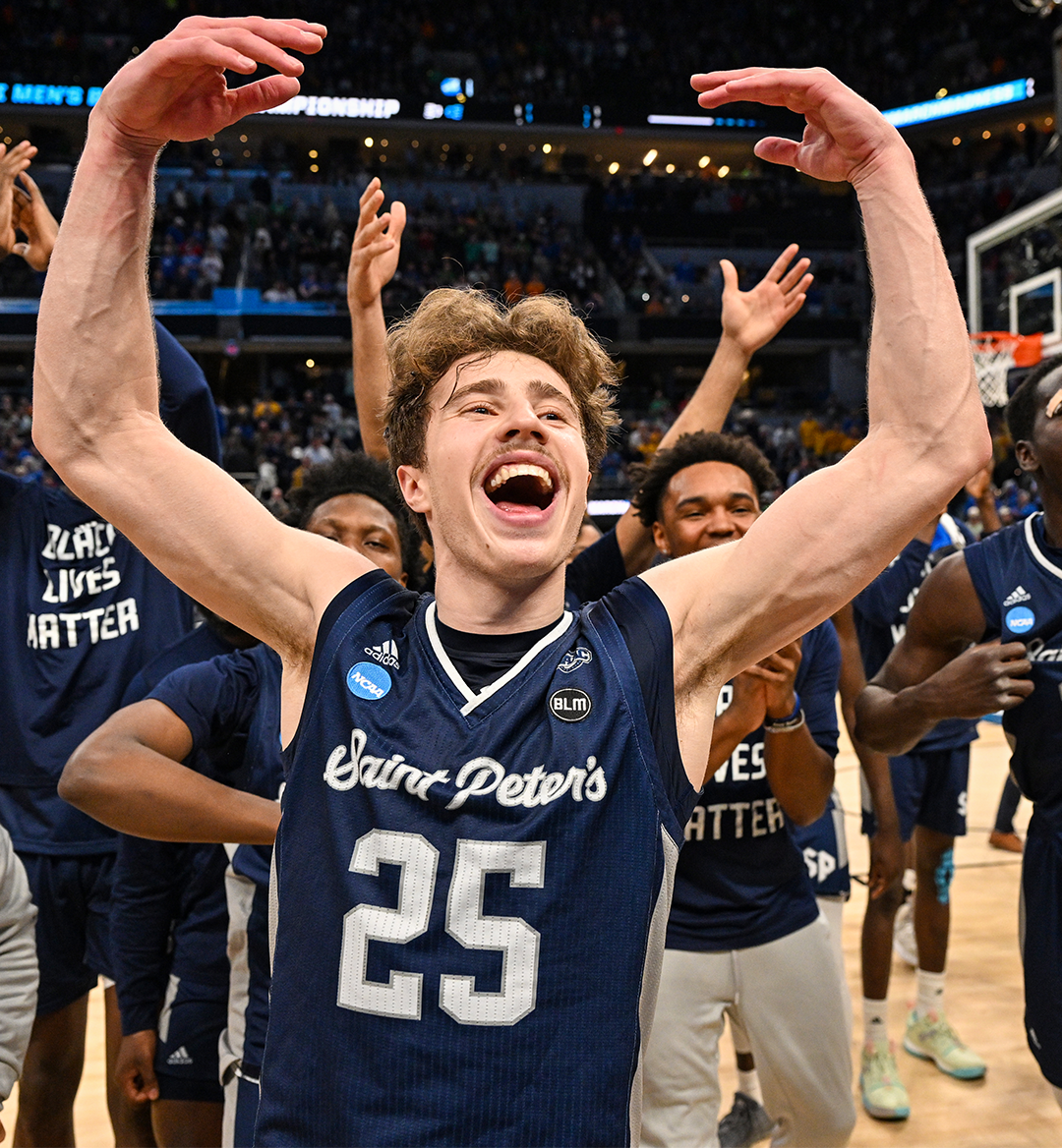 Last night, the Kentucky Wildcats lost 85-79 in overtime to the St. Peter’s Peacocks (yes, the Peacocks) in one of the biggest upsets in NCAA history. Beyond simply being only the tenth time that a 15 seed has ever knocked off a two seed, this was the bluest blood in the sport falling to a small private school in New Jersey. These two programs are as far removed from each other as any two college basketball teams can be—Kentucky spends 12 times more on their men’s basketball team than St. Peter’s; three Kentucky assistant coaches have higher salaries than Shaheen Holloway, St Peter’s head coach; Kentucky was favored to win this game by 18.5 points, according to Vegas oddsmakers. This is a huge, confusing bracket-busting moment, so it’s natural to be confused. Here is everything you need to know about the St. Peter’s Peacocks.

What is St. Peter’s?

St. Peter’s University is a Jesuit school in Jersey City, New Jersey with an enrollment of 3,553 students; according to USNews & World Report, it’s the 58th best regional university in the northeast and the seventh best value school. Their sports teams compete in the Metro-Atlantic Athletic Conference, which is a collection of 11 small, mostly Catholic (or formerly Catholic) schools in New York, New Jersey and Connecticut.

Are they always this good at basketball?

Not really—they were a 15 seed for a reason. During the season, the Peacocks went 18-11 and lost their two games against power conference opponents by an average of 17.5 points. Advanced metrics such as Bart Torvik’s T-Rank ranked them as somewhere in the area of the 120th best team in the country. Historically, the Peacocks have made three previous NCAA Tournament appearances in 2011, 1995 and 1991, but last night was their first tournament win.

Who are their best players?

Over the course of the season, Daryl Banks, a 6’3 guard, was their leading scorer. Averaging 11.3 points, Banks was named to the All-MAAC third team. Against Kentucky, Banks improbably set a career-high, putting up 27 points and out-deuling Kentucky's Oscar Tshiebwe, the presumptive National Player of the Year.

Outside of Banks, 6’7 big man KC Ndefo has won three consecutive MAAC Defensive Player of the Year trophies. Despite being relatively undersized for a center or power forward , Ndefo is a destructive and impactful presence at the rim; he has blocked at least 2.4 shots per game in each of the last three years and has the third most blocks in conference history.

Banks and Ndefo are the Peacocks’ anchors on both ends of the court, but Doug Edert carried their offense down the stretch of their game against Kentucky. In the last 90 seconds of regulation, Edert chipped in five consecutive points, nailing a go-ahead three with 1:26 minutes on the clock and then the game-tying floater with 21 seconds left. Overall, the sharp-shooting native Jersey-ite finished the game with 20 points. Oh, and his mustache rocks.

Who is their coach?

At just 45 years-old Shaheen Holloway is one of the most promising young coaches in college basketball. A former All-Big East guard at Seton Hall in the late 1990s, Holloway got his start in coaching at Iona College in 2007, serving as an assistant to head coach Kevin Willard. Once Willard became the head coach at Seton Hall, Holloway returned to his alma mater, joining Willard’s staff. In 2018, Willard ventured from South Orange to Jersey City to become the Peacocks’ head coach. Although last night was undoubtedly the program’s apotheosis up until this point, it was ultimately the product of Holloway’s steady team-building and resolve. After going 10-22 in Holloway’s first season, the Peacocks have finished in the MAAC’s top three in each of the next three seasons. Tactically, Holloway outmaneuvered Basketball Hall of Famer John Calipari in the NCAA Tournament by mixing in various zones and presses alongside their standard man-to-man defense.

Can the Peacocks make the Sweet 16?

Maybe? Probably not? As impressive as the Peacocks looked against Kentucky, they’re still considerable underdogs against Murray State in the next round. With a 30-2 record, the Murray State Racers have the best record in the country and have mastered the art of fending off plucky low-major teams like St. Peter’s during their undefeated run through the Ohio Valley Conference.

Should I still root for St. Peter’s?