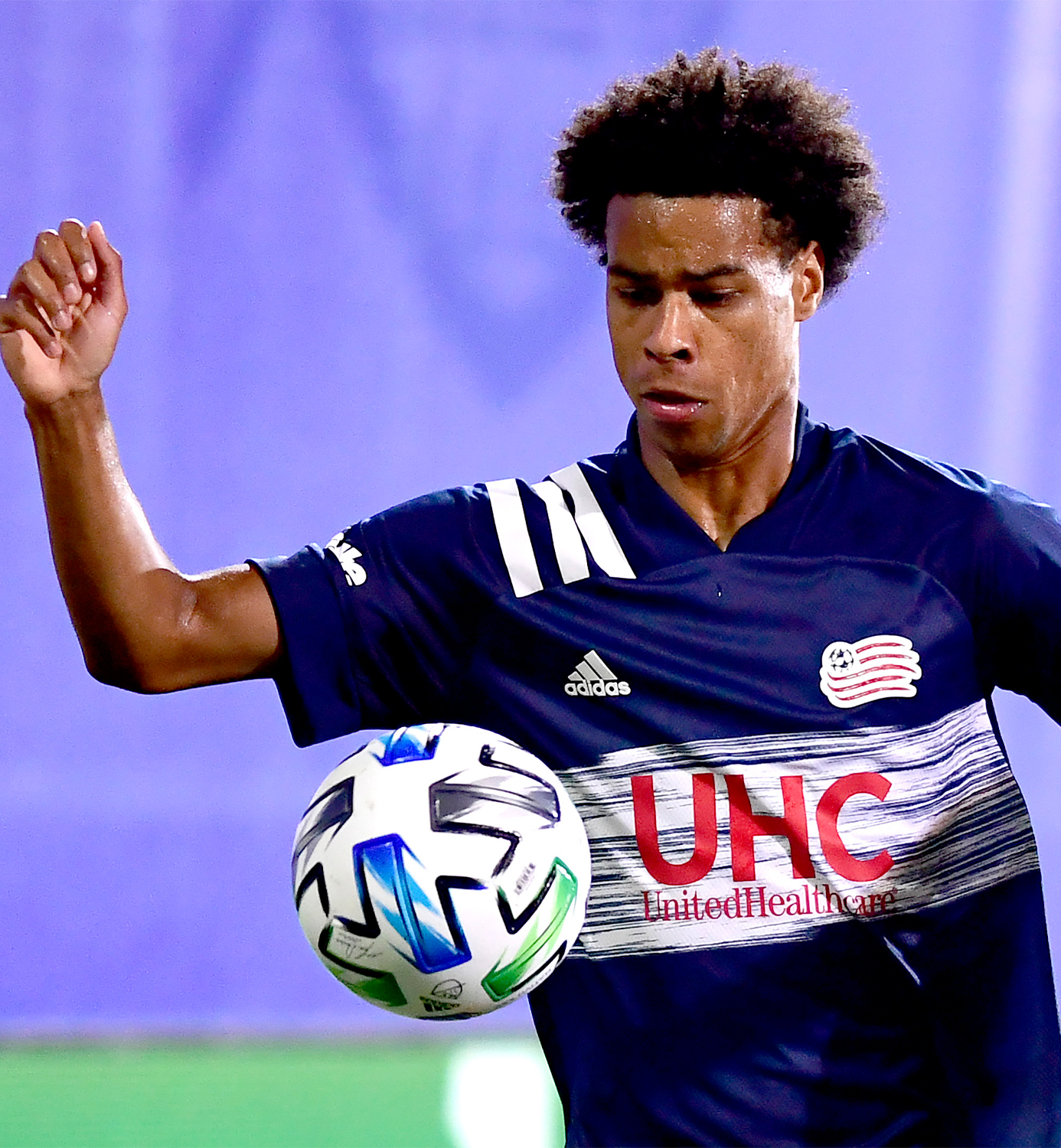 Most teenagers aren’t often faced with the dilemma that Tajon Buchanan took on at the age of 15.

For many, the slim chance of playing a professional sport would scare a person away or at least make them hesitant about the opportunity. In Buchanan’s case, he knew that if he wanted to succeed and make a career out of football, necessary risks would have to be taken.

Chrys Chrysanthou, Buchanan’s childhood coach, and father of his best friend, Anthony, was given an unique opportunity; a coaching job in the United States when the boys were early in their high school careers.

That’s when the Chrysanthou family offered Buchanan a chance to come with them to Colorado, where the next chapter of the Canadian’s journey would commence.

“Basically I asked to go with them,” Buchanan told ONE37pm. “They wanted me to come because they knew how passionate I was about this game and for me it was really an easy decision.

“Anthony is still one of my best friends today and we ended up playing for the Real Colorado Development Academy.”

With Buchanan’s mother taking care of four other siblings in addition to Tajon, it was near impossible for her to move to the U.S.

Despite the tough decision for Tajon and his family, he says they always knew he would end up moving given the incredible opportunity to not only further his football career but his academics as well.

“The whole process was very difficult with my mom letting me go and things like that,” Buchanan said. "It was hard leaving my family behind, but I think we all knew it was for the best because I could chase my dreams.”

Getting to the U.S. was only the first step for Buchanan and his professional football pursuit though, and it didn’t come without significant hurdles.

Buchanan first laid his eyes on Syracuse University during a trip home from a soccer tournament in New Jersey that Buchanan, Chrysanthou and a number of their teammates had the chance to attend.

It was a detour on their journey back to Canada at the time, but the moment Buchanan stepped on the campus in upstate New York he knew there was something special about the school. 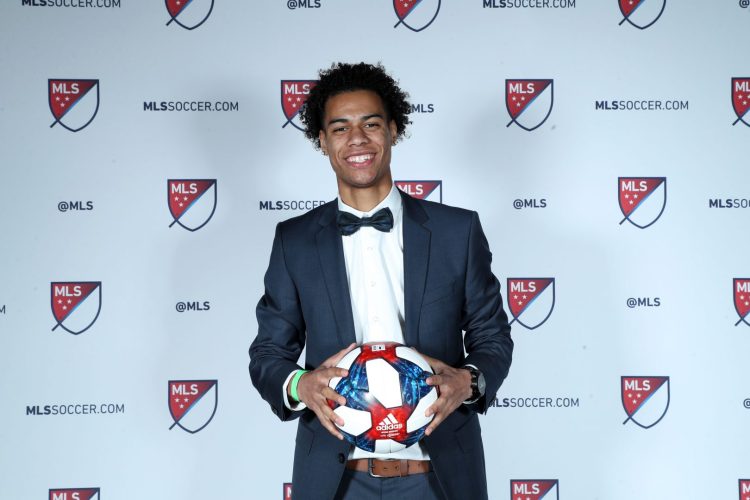 Buchanan nearly wasn’t afforded the opportunity to attend his dream school though after a critical decision came down in 2016 from FIFA and the U.S. Soccer Federation stating that he was ineligible to compete due to the fact that his biological parents weren’t living with him in Colorado.

After only having the chance to train and missing out on a number of matches, ID tournaments and other competitions for Real Colorado, Buchanan had to bet on himself when it came to college.

Outside of local school, University of Denver, Buchanan didn’t have any other offers to play, including his top choice Syracuse.

He would have to impress head coach Ian McIntyre and the Orange staff during an ID clinic as a senior in high school, and luckily for Buchanan he let his play do the talking and instantly won over Syracuse.

“There was a Canadian player at Syracuse at the time named Chris Nanco so I knew about the school for a while and the opportunity I could potentially have down the road,” Buchanan said. “From a young age I fell in love with the school and I said right away ‘I want to go here.’ It really didn’t matter what it took.

“So when I got the offer it really was an easy decision because that was the only school I ever imagined myself at.”

Buchanan recognizes the importance of timing and getting a bit lucky, and when he was selected by the New England Revolution ninth overall during the 2019 MLS SuperDraft that proved to be a blessing.

The 22-year-old was able to see regular minutes almost immediately for the Revolution, something a lot of young players aren’t afforded.

Buchanan says he’s gracious to the coaching staff for showing their support in him and allowing his skills to pave the way for everything he’s accomplished thus far in his young career.

“I really think I went to the spot I was meant to go to,” Buchanan said. “You often hear of guys that get drafted and then they either end up don’t getting a chance to play or drop down to USL.

“I just took it day by day coming into the initial preseason run with the club and my rookie year was all about making the best impression I possibly could. I really just wanted to show that I belong here and I was lucky enough the coaches put me on the field.”

Buchanan’s rise in MLS has been well-documented with the Revolution star earning a starting role on the ring wing and coming off a 2020 season where he scored three goals.

There’s already been a number of reported European clubs interested in Buchanan’s services, including Sporting Lisbon, where his childhood Cristiano Ronaldo played before famously moving to Manchester United, Real Madrid and now Juventus.

With Canadians receiving significant interest from Europe following the rise of Alphonso Davies, Jonathan David and several others, it only seems like a matter of time until Buchanan becomes the latest to achieve his dream of competing abroad.

It’s always been a goal of mine to push myself and take my game as far as I can. One of my goals definitely is to play at the highest level possible, especially when you see guys like Alphonso [Davies] playing at Bayern Munich.

“Having some of these tremendous guys overseas gives me something to look up to and it’s really nice to see that you can be rewarded for your hard work.”

Buchanan earned his first Canada call up in January during the national team’s camp, however, he hasn’t officially appeared in a match yet.

Although it seems like a matter of time and maybe as soon as this summer with the Concacaf Nations League and Gold Cup competitions occurring before World Cup qualifying’s next steps in the fall, Buchanan feels he’s ready for that next step.

Buchanan has impressed with a number of Canada’s youth national teams, and given his growing role in New England he’s certainly growing on the radar of manager John Herdman.

“I think we all dream of playing in a World Cup,” Buchanan said. “The fact that it’s going to be on our home soil in five years is incredible and really a huge step for Canada.

“For a while the path for Canadian players has kind of come through the U.S., but now that there’s a growing league there we can build off this momentum and hopefully it will continue to grow in the future.”

Being that Davies has emerged not only as the face of Canada’s proper football program but also become one of the world’s top left backs, the parallels between him and Buchanan are certainly there.

During Davies’ time in MLS with the Vancouver Whitecaps, the team often tinkered with his positioning because of his superb speed and ball control.

Now, Buchanan has experienced something similar with the Revolution, who typically utilize him on the right wing, but Bruce Arena has been known to move the young Canadian to different spots on the pitch at times.

“I’d definitely say I’m more confident on the right side, but I’ve played on the left before as well,” Buchanan said. “It doesn't matter to me if I’m a right back or a right winger because I think my game is strong enough for either one.”