The 10 Biggest MLB Trades Ever 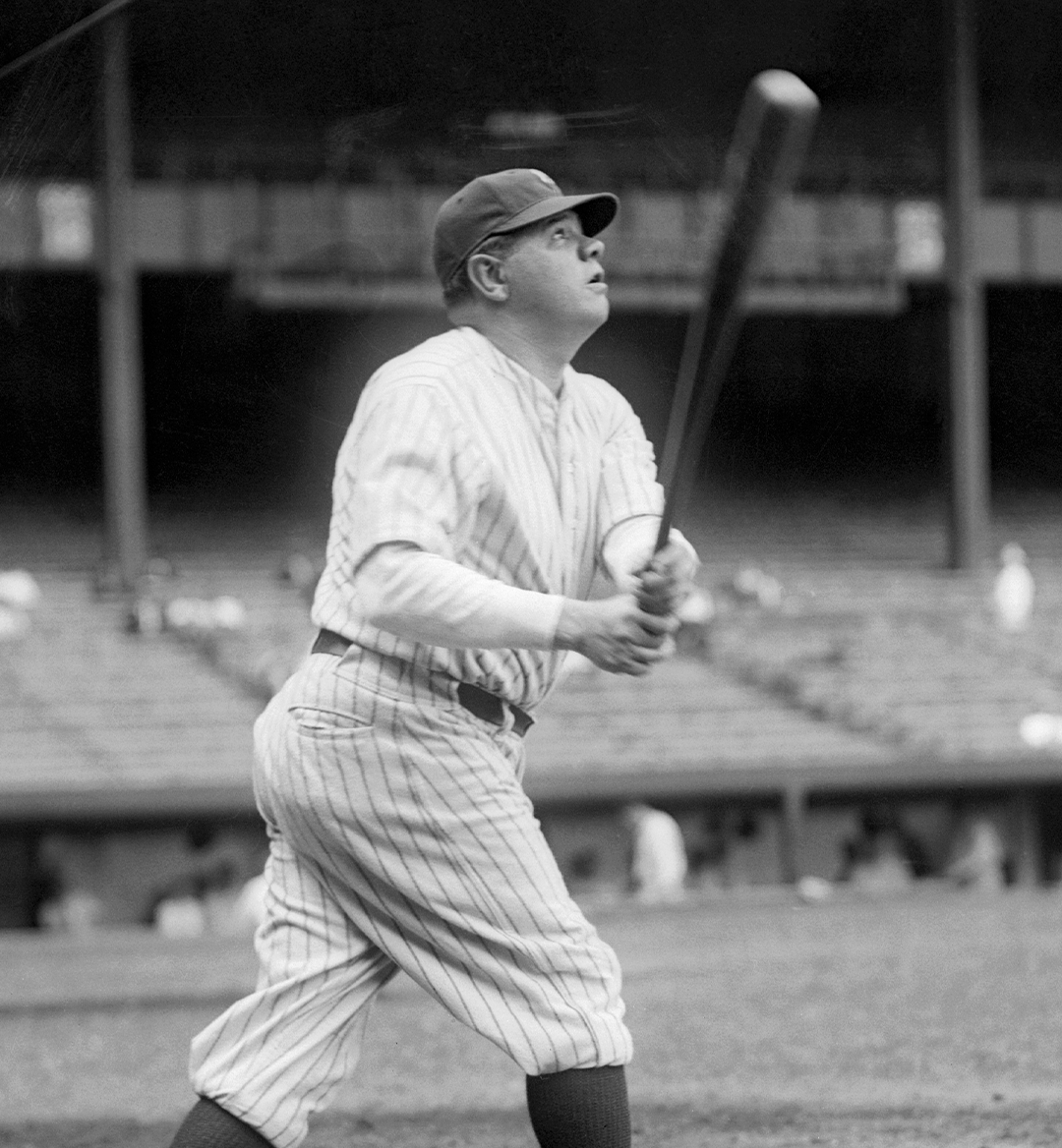 With the Washington Nationals fielding offers for their all-history superstar Juan Soto, this year’s trade deadline could have league-altering implications. Before this year’s edition on August 2nd, take a look back at 10 of the biggest MLB trades ever.

It’s probably a misnomer to call it one of the biggest MLB trades, if not the most famous trade in all of sports history; it wasn't really a trade, it was more of a sale. was more of a sale than a trade, with the Red Sox only receiving $125,000 in cash in exchange for Babe fucking Ruth. At the time, the deal was hardly a seismic one—with the Red Sox, Ruth was an above-average pitcher, but wouldn’t become a world-historic slugger until he joined the Yankees. In New York, Ruth won four World Series titles and slugged 659 of his then-record 714 home runs. Conversely, the trade haunted the Red Sox wouldn’t win a World Series for another 86 years, haunted by The Curse of the Bambino

2. Trea Turner and Max Scherzer to the LA Dodgers

What’s better than one All-Star being dealt in a blockbuster trade? Two All-Stars being dealt in a blockbuster trade! Last summer, the Nationals expedited their ongoing rebuild by shipping franchise legends Turner and Scherzer to the Dodgers for Josiah Gray and Kiebert Ruiz, two of the Dodgers’ top prospects at the time. With the Dodgers, Scherzer and Turner demonstrated why they’re potential future Hall of Famers—Scherzer went 7-0 with a 1.98 earned run average while Turner put up a team-best .950 OPS. Although Scherzer signed with the Mets and ultimately only spent half a season in LA, Turner seems poised to rock Dodger Blue as their shortstop of the present and the future.

For the 2002 season, Alex Rodriguez finished second in MVP voting as a member of the Texas Rangers while then-Yankee Alfonso Soriano finished directly behind Rodriguez, finishing third. So, naturally, the two star infielders would be traded for each other in 2004 in a megadeal that would put A-Rod in pinstripes for the rest of his career. The move paid dividends for the Yankees as Rodriguez won MVP in 2005 and 2007 with the Bronx Bombers and played a major role in their 2009 World Series title. Meanwhile, Soriano put together two very productive seasons in Texas, before ultimately being traded to the Washington Nationals in 2006.

Fresh off back to back Cy Young seasons in 1997 and 1998 with the Toronto Blue Jays, Roger Clemens was dealt to the New York Yankees ahead of the 1999 season. Itching for a bigger spotlight than Toronto could provide, Clemens agitated for a trade to New Yorkjust two seasons into his then-record four year, $40 million contract with the Jays. As part of the deal, the Yankees sent David Wells, Homer Bush and Graeme Lloyd north of the border. During his five years in New York, Clemens won two World Series, four American League Pennants, and was named the  AL Cy Young in 2001.

After 11 seasons in Seattle, Ken Griffey Jr asked for a trade in 1999 in order to be closer to his home in Orlando, Florida. By going to Cincinnati in one of the biggest MLB trades of all time, he accomplished that goal geographically, if not spiritually. Although the Reds had high hopes for their star player (“The Michael Jordan of baseball has come to Cincinnati,” boasted general manager Jim Bowden), they finished with a winning record just once in Griffey’s nine seasons in Cincinnati. Although Griffey was productive with the Reds, he struggled to stay healthy and missed an average of 57 games per season there. Surprisingly, the Mariners got on just fine without Griffey, winning a record-setting 116 games in 2001 with major contributions from Mike Cameron, who headlined the package they got in return from the Reds.

Barely even a year removed from winning the World Series in 2018, the Red Sox completely overhauled their roster by trading franchise cornerstone Mookie Betts to the Los Angeles Dodgers for a smattering of prospects. Just as the Red Sox prioritized the team’s finances over winning by selling Babe Ruth to the Yankees in 1919, they once again shed one of the best players in franchise history to clean up their books almost exactly 100 years later. With the Dodgers, Betts received a deserved 12 year, $365 million extension and helped push the Dodgers over the hump as they the first World Series title in 2020 for the first time since 1988.

From 1967 to 1977, Tom Seaver was the Mets; he was nicknamed “The Franchise,” after all. The first great Met, Seaver was as beloved in New Yorkas just about any athlete has ever been, winning three Cy Youngs and a World Series ring across his 10 seasons in Queens. As such, the Mets’ decision to low-ball Seaver during contract negotiations and ultimately pull the trigger on one of the biggest MLB trades remains a sore spot to this day. In a delicious piece of karmic justice, the Mets immediately plummeted to the bottom of the standings following the deal while Seaver enjoyed a strong second act as a member of the Big Red Machine.

Fresh off winning the National League Cy Young with the Montreal Expos in 1997, Martinez joined the Boston Red Sox ahead of the 1998 season. Somehow, he got even better in Boston; his six year run from 1998-2003 represents some of the most dominant pitching that MLB has ever seen. In return for Martinez, the Expos received Carl Pavano, who put together four-and-a-half unremarkable seasons in Montreal before finally making good on his potential with the Florida Marlins.

Having represented the NL in the previous two World Series, the Philadelphia Phillies seemed poised to become a juggernaut after swinging one of the biggest MLB trades to get Roy Halladay from the Toronto Blue Jays. The consensus best pitcher in MLB at the time, Halladay made an immediate impact in Philly, winning NL Cy Young in his first season with the team and then finishing second the next year. Most memorable of all, Halladay threw a no-hitter against the Cincinnati Reds in the 2010 NLDS, making him the first (and only) pitcher since 1955 to author a postseason no-hitter.

In 1984, the New York Yankees traded for Rickey Henderson, who had established himself as baseball’s most electrifying player over the last five seasons with the Athletics. In 1988, the Yankees sent Henderson back to Oakland. Across his round trip from Oakland to New York and then back again, Henderson maintained a .292 batting average, while averaging 18 home runs and a mind-boggling 93 steals across 13 seasons, chipping in a World Series title in 1989 and an MVP in 1990 for good measure.  Most impressive, he's the only player to headline some of the biggest MLB trades ever, twice!