The 15 Greatest Rivalries in Sports 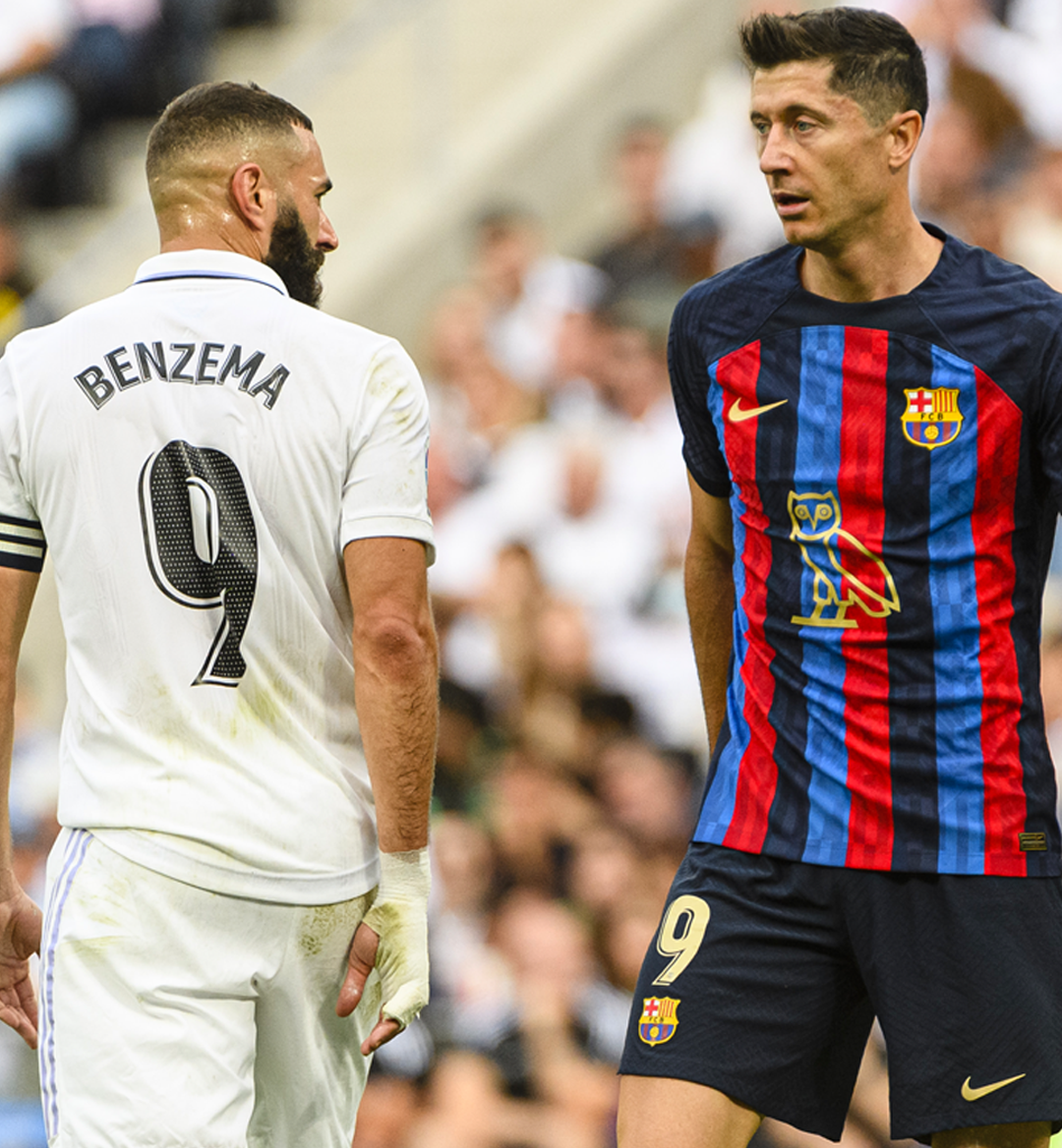 This is a totally novel idea that nobody has ever had before: there's a very thin line between love and hate. Nowhere is this more clear in sports, the rare arena where having an arch-nemesis is not only normal, but is actually encouraged. Spanning from Iowa to Madrid, Tuscaloosa to New York, these are the greatest rivalries in sports. 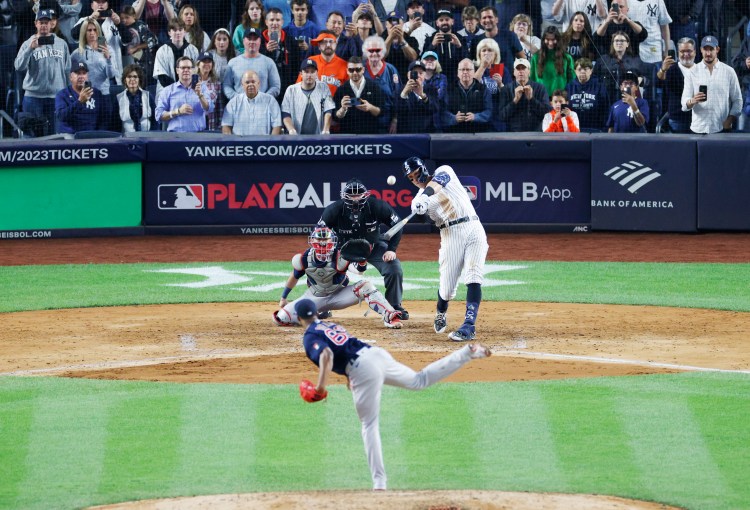 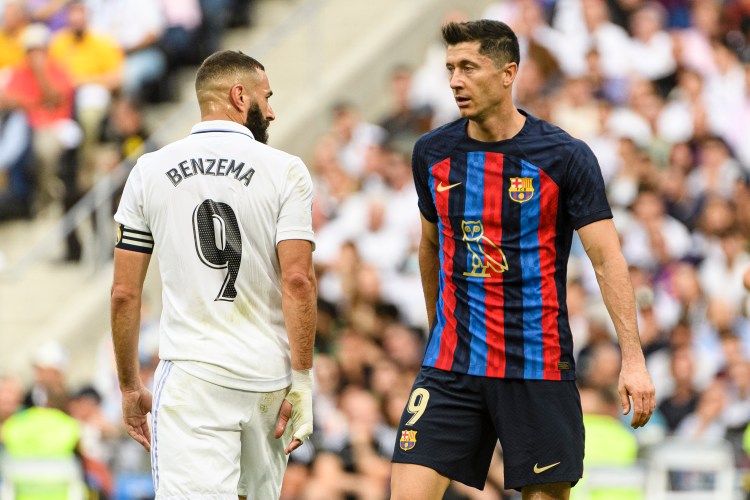 Known as El Clasico, the rivalry between Real Madrid and FC Barcelona more than justifies that lofty name. On the pitch, Madrid and Barcelona have dominated La Liga, the two combining for 61 titles over the league’s 93 year history; Real Madrid holds the slight lead all-time with 35 wins versus Barcelona’s 26, but Barcelona has been more successful as of late, winning 16 titles since 1990. Off the pitch, Madrid and Barcelona are totemic of larger issues regarding nationalism and self-determination; Real Madrid has long been associated with the Spanish monarchy (real literally means royal) while FC Barcelona is a symbol of Catalan nationalism and the anti-fascist sentiments that arose during the Spanish Civil War in 1936. 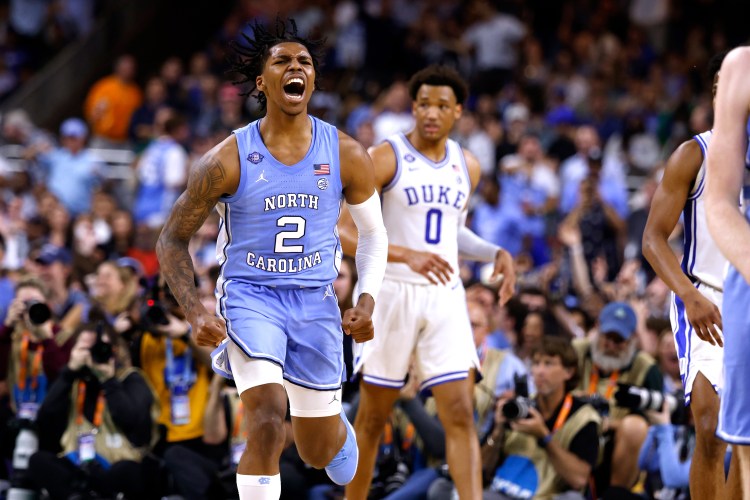 Located just ten miles apart along Tobacco Road, Duke University and the University of North Carolina are two of college basketball’s most successful and storied programs. Like all of the greatest rivalries in sports, Duke-UNC is a layered, multivalent one. There’s the classic populist-versus-elitist angle; Duke is a pouncy private university while UNC is the state’s flagship public school. There’s a long history of stars—Duke and UNC have produced 73 and 72 NBA players respectively—but also long-tenured principals; Mike Kryzewski, Dean Smith and Roy Williams are three of college basketball’s most legendary coaches. While UNC technically has the series lead 143-115, they forever secured bragging rights last season by beating Duke in Coach K’s last home game and then ending K’s career by beating Duke in the Final Four in the biggest game in the rivalry’s history. 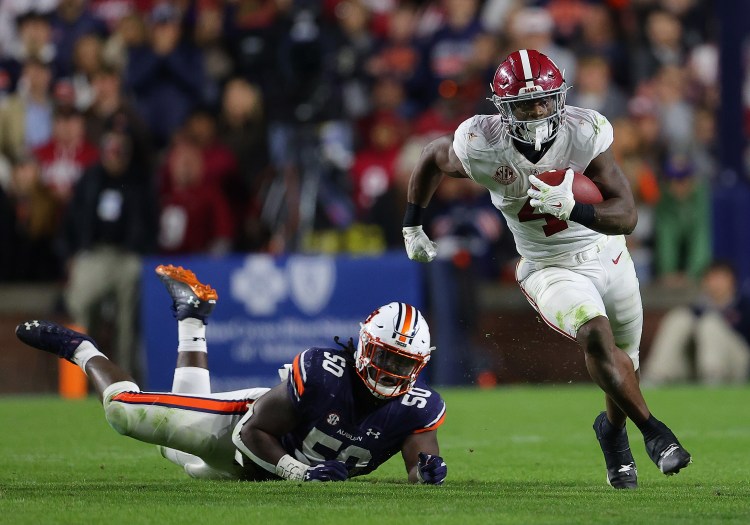 The “Iron Bowl,” the name for the annual showdown between the University of Alabama and Auburn University, is the biggest regular season event on the college football calendar. For years, the Alabama Crimson Tide have been college football’s most dominant team—their 18 national championships are the most of any school—and they’re in the middle of their most successful stretch ever, winning six titles since hiring Nick Saban in 2009. Still, the Auburn Tigers—a storied program in its own right—has been the most consistent thorn in ‘Bama’s side, swinging major upsets in 2013, 2017 and 2019. 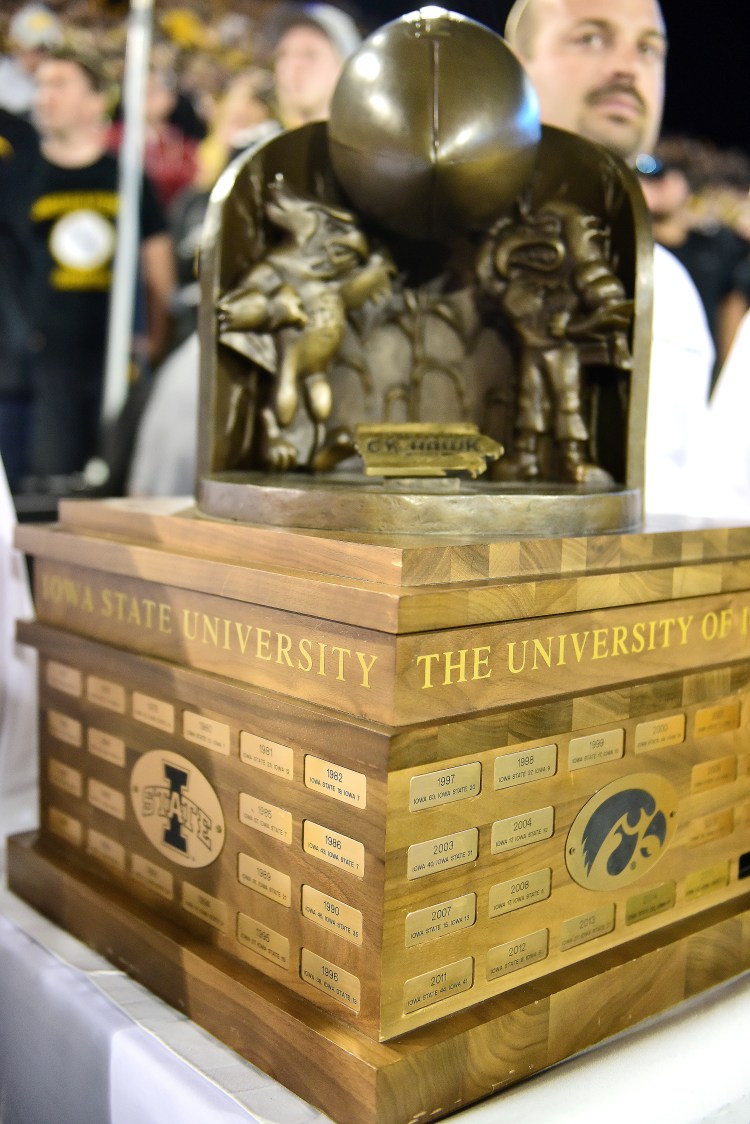 Real Madrid and Barcelona have El Clascio; the University of Iowa and Iowa State University have something even better: El Assico, the annual football game between the two schools. Since Iowa and Iowa State traditionally play grinding, aesthetically brutal football, the nickname was bestowed the nickname El Assico. And with good reason—Iowa State won the most recent game 10-7. Since 1894, the Iowa Hawks and Iowa State Cyclones have played 69 times and Iowa leads the series 46-23 all-time. In addition to statewide bragging rights, the winner of the game receives the Cy-Hawk trophy, which depicts the schools’ mascots holding up a football in a cornfield. 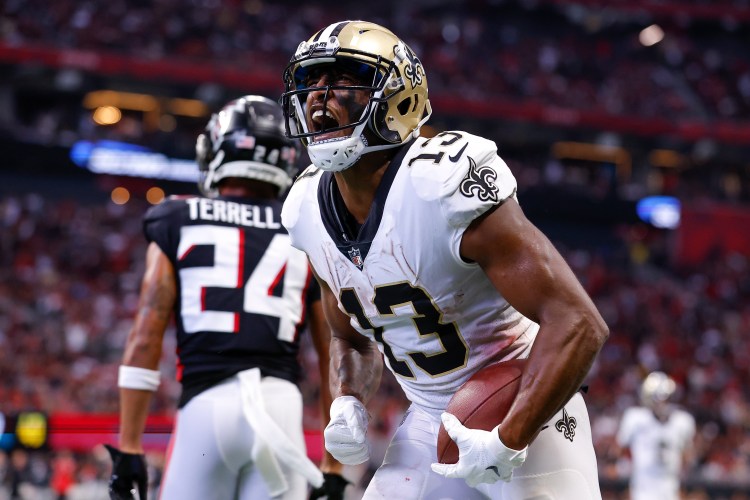 Whereas most rivalries are built on years and years of big games and continued success, the New Orleans Saints and Atlanta Falcons have built one of the greatest rivalries in sports on a foundation of unabating hate. As a result of the Falcons and Saints being the NFL’s two most prominent Southern franchises, the rivalry has assumed a fervor and intensity that’s more commonly associated with college football. To wit, despite (or perhaps because of) both teams  being perennial bottom-feeders, the two teams have been linked at the hip since their first game in 1967. Adding fuel to the fire, the rivalry is remarkably even—the Falcons hold a slight 54-53 advantage against the Saints over their 107 meetings. 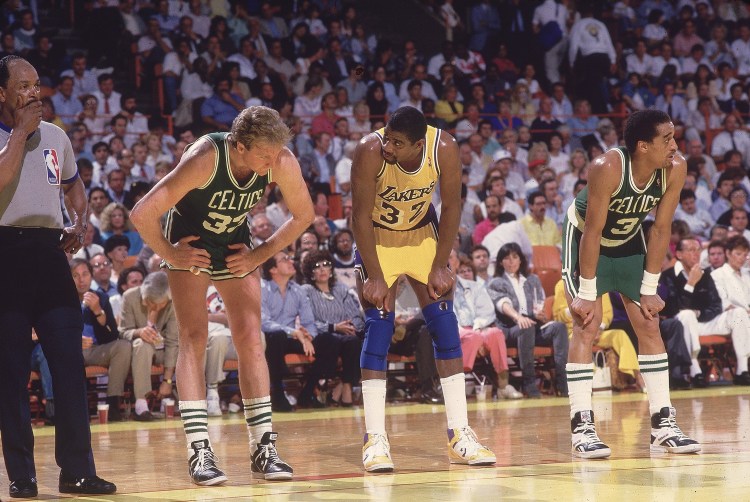 The two most successful franchises in the NBA, the Boston Celtics and Los Angeles Lakers each have won 17 titles and have played each other in the Finals a record 12 times. Although the rivalry was most heated in the 1960s and 1980s, the shared history between the teams gives Celtics-Lakers an uncommon degree of gravitas to this day. The rivalry is a major part of NBA history with players like Bill Russell, Bob Cousy, John Havlicek, Magic Johnson, Wilt Chamberlain, Jerry West, Elgin Baylor, Larry Bird, Kevin McHale, Kevin Garnett and Lebron James playing for either the Celtics or Lakers. 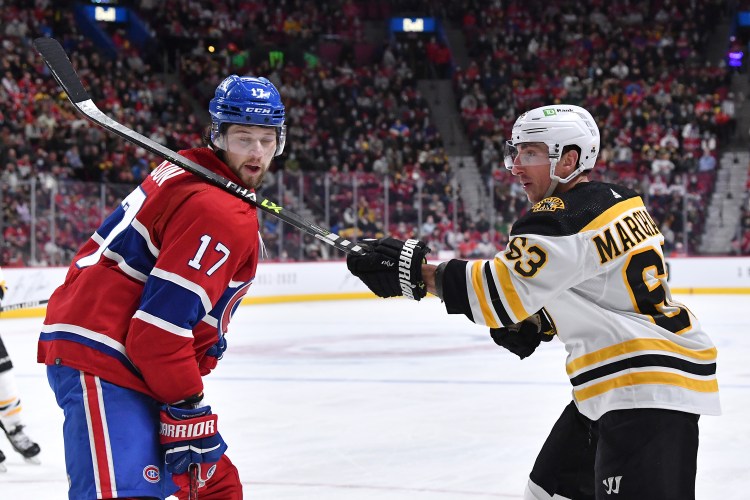 The members of the NHL’s Original Six form a complicated, overlapping web of various grudges and beefs, but the Boston Bruins and Montreal Canadiens share a special dislike for each other. But don’t take my word for it. “[It’s one of the]top three rivalries in all of sports,” said former Bruins forward Bob Sweeney, “right up there with the New York Yankees and Boston Red Sox.” 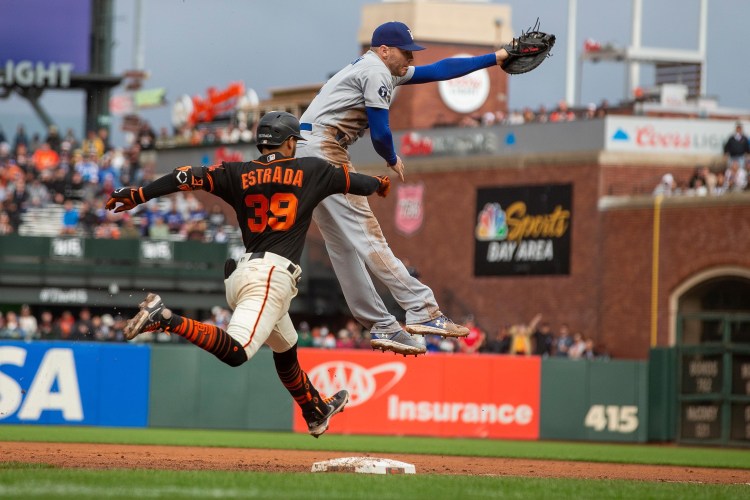 Dating back to their past as the Brooklyn Dodgers and New York Giants, the Los Angeles Dodgers and San Francisco Giants represent the National League’s defining rivalry. Across the 2,559 games and 132 years that the rivalry has been contested, the teams are almost exactly evenly matched; the Dodgers hold a minuscule 1274-1263-14 lead. The teams the two most successful NL franchises—the Dodgers’ 24 pennants is the record and the Giants are in close pursuit with 23. Most recently, the Dodgers beat the Giants in a legendary five-game series in the 2021 NLDS. 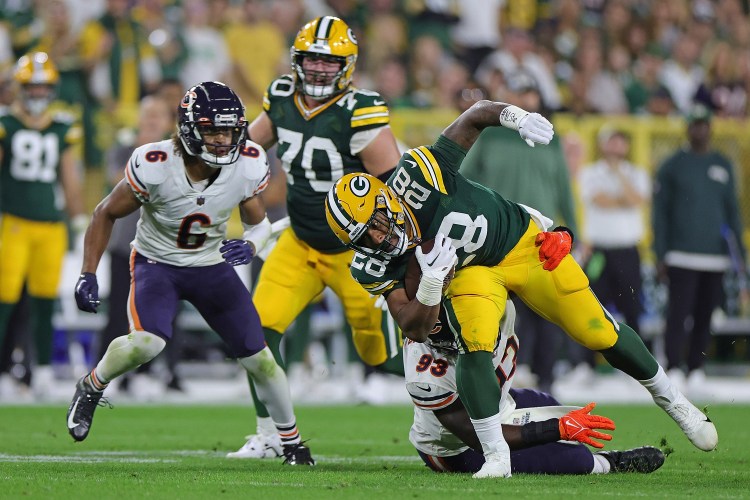 The two oldest teams in the NFL, the Bears and Packers have been bitter rivals for over 100 years; the two teams first faced each other in 1921 and have played each other in 99 of the ensuing 101 years. Sadly, in recent years, the rivalry has lost a little bit of juice as the Packers have enjoyed nearly 25 years of uninterrupted Hall of Fame quarterbacking while the Bears have, uh, not. Still, the twice-yearly games are marquee events and wins in them can redeem what are otherwise the most blah seasons. 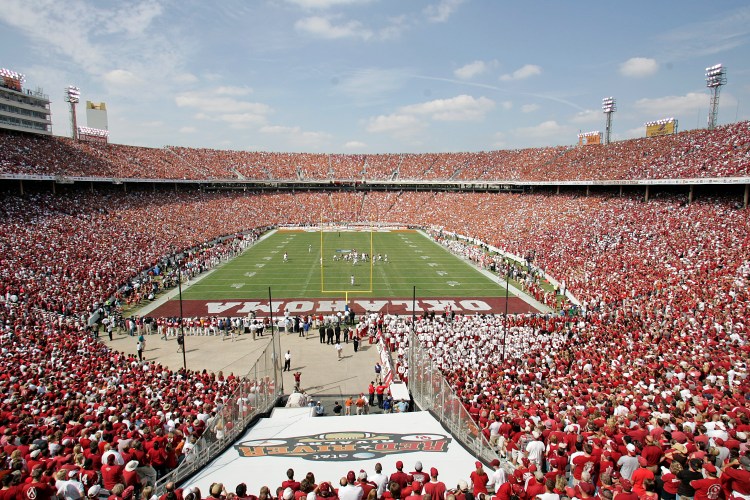 As a purely aesthetic matter, the Red River Rivalry is unmatched. Unlike most college rivalries that are played in on-campus arenas, the Texas Longhorns and Oklahoma Sooners play every year at the Cotton Bowl in Dallas, a neutral site that’s roughly equidistant from both schools. In a seating quirk, each school is assigned one half of the stadium, creating the football stadium equivalent of a Rothko, with a clear demarcation at the 50-yard line between the red-wearing Oklahoma fans and their orange-clad counterparts. As for the actual football, it’s consistently excellent—Texas and Oklahoma have been the dominant teams in the southwest. 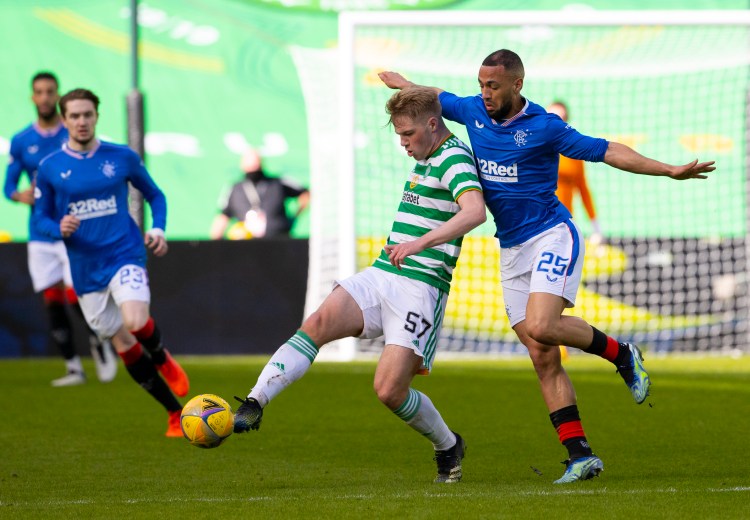 What do you get when you cross a long history of football greatness, sectarianism and religious fault lines that span thousands of years? The answer looks a lot like the Old Firm, the matchup between Scottish soccer teams Celtic and Rangers that doubles as one of the greatest rivalries in sports. If the rivalry were limited to purely on-pitch reasons, it would still be one of the greatest rivalries in sports—either Celtic (55 titles) or Rangers (52 titles) have combined to win 107 of 125 league titles. But the real kindling, though, comes from the fact that Celtic has long been associated with Catholicism in Scotland while Rangers are a symbol of protestantism. 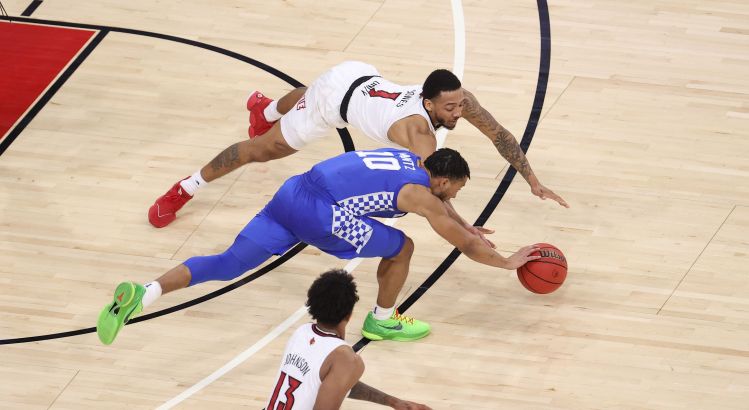 Kentucky is one of the few states where college basketball matters more than college football. In fact, the state is home to the second- and sixth-winningest programs in college football history with the Kentucky Wildcats and Louisville Cardinals, who both have large, rabid fan bases that regard the annual post-Christmas Louisville-Kentucky game a state-wide holiday on its own. Kentucky leads the all-time series 37-17, 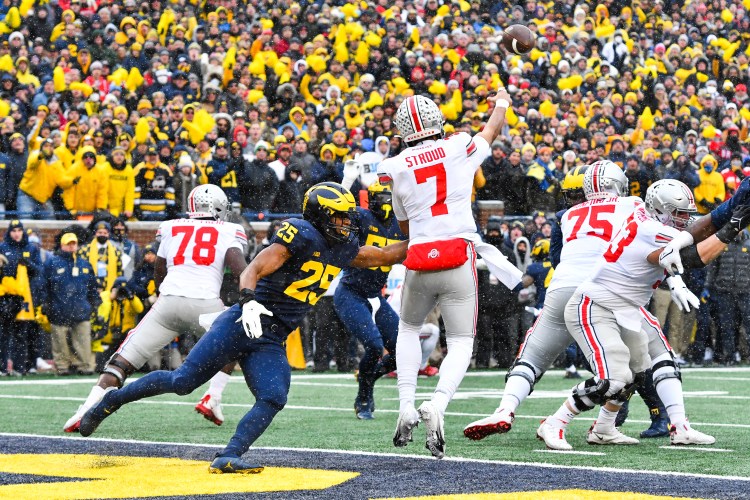 Whenever the University of Michigan and Ohio State University football teams meet, it’s called “The Game.” More than the 117 games between the two schools, more than the huge games, more than the ever-present title-deciding intrigue, this alone is proof of why this is one of the greatest rivalries in sports. When you talk about The Game, people know exactly what you mean. 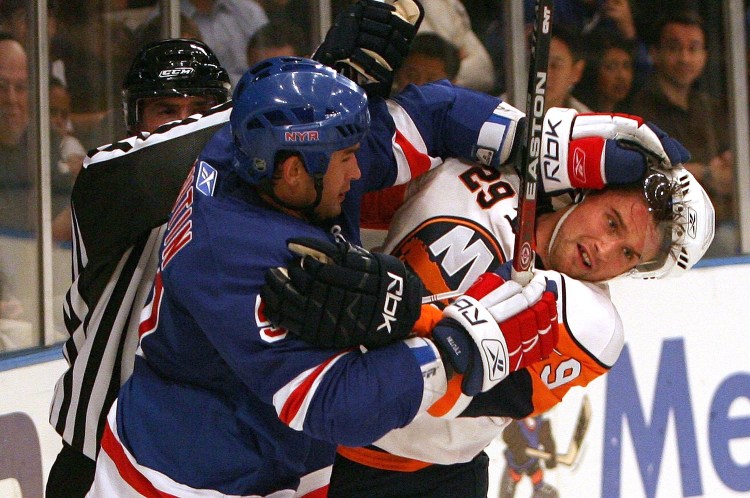 To this day, Rangers fans chant “Potvin sucks” because of residual anger over a dirty hit from Islanders’ defenseman Denis Potvin. In fact, they’re so still angry that they chant it every game, regardless of if they’re playing the Islanders. For reference, Denis Potvin retired in 1988.