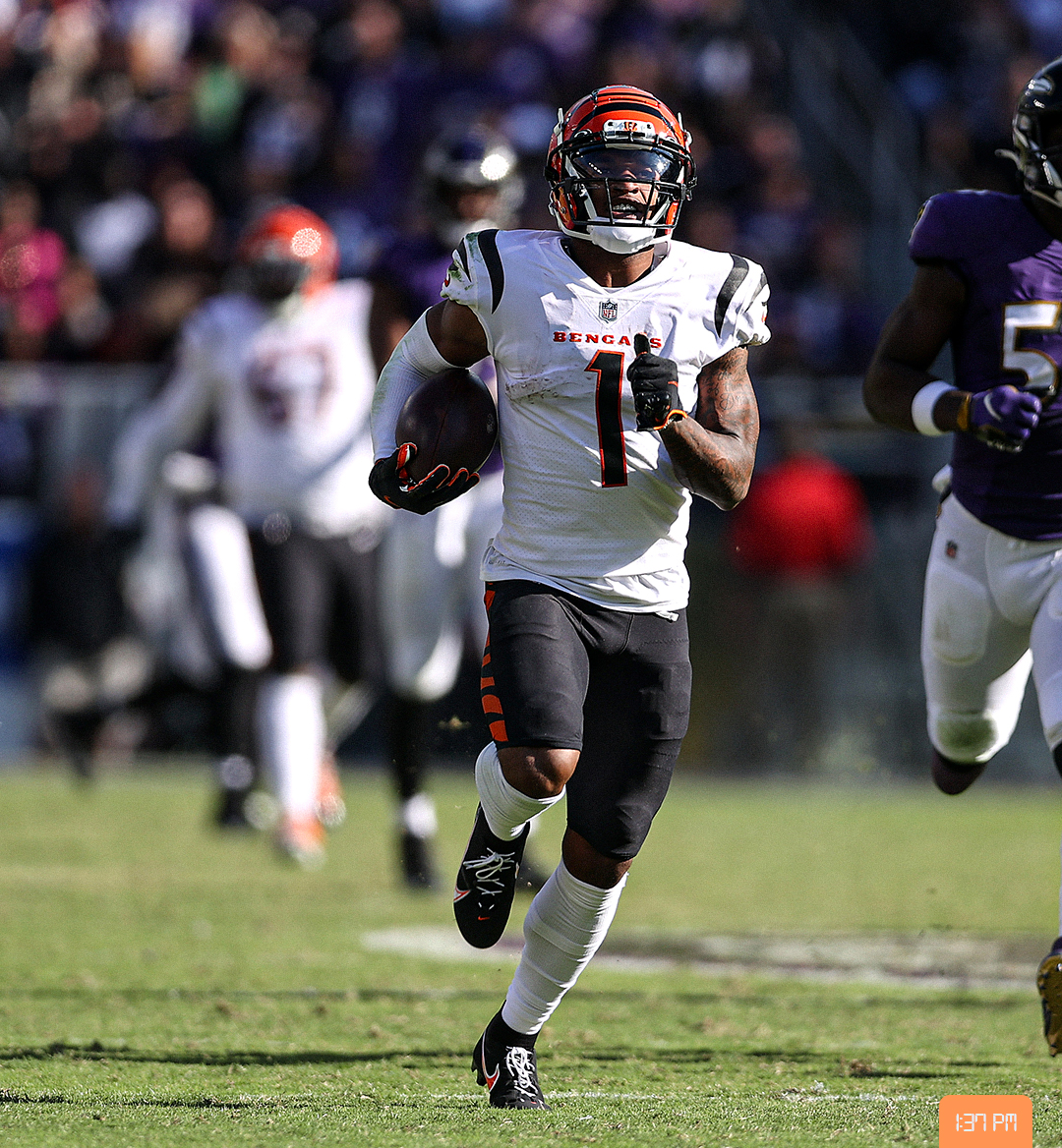 Traditional, season-long fantasy football gives you the opportunity to prove that you’re a smarter and better person than your dearest friends, but daily fantasy sports offers an even stronger incentive: cash. After a frantic Week 1, the NFL landscape is a little bit clearer as depth charts and schemes have come into focus. This may not be financial advice, but here are the ONE37pm NFL DFS picks for Week 2.

With Patrick Mahomes and Justin Herbert dueling on Thursday Night Football and Josh Allen playing on Monday Night, Lamar Jackson is the top dog for Sunday’s slate. In Week 1, Jackson had a fairly subdued game by his standards (213 passing yards, 3 touchdowns, only six running attempts), largely because he didn’t have to try all that hard to beat the New York Jets. Making his home debut for the season against the Dolphins, Jackson has both a tremendously high floor and ceiling—over the course of his career, Jackson has averaged over 70 yards per game at home.

For whatever defects Carr may have as a passer, there’s no denying that he can sling the rock. More, he has the best weapons of his career—if not some of the best weapons in the entire league. Last week, Carr showed an instant connection with game-breaking wide receiver Davante Adams, but Hunter Renfrow and Darren Waller are top-tier sidekicks as well. Against a lowly Cardinals defense that was just torched for 360 yards and 5 touchdowns by Patrick Mahomes and the Chiefs, Carr is in a great position to put up crooked numbers in the box score.

Despite the question of whether Trey Lance is actually good at football, his goodness in fantasy football is much less uncertain. For years, running quarterbacks have been fantasy football’s most dangerous weapon, in large part because the scoring system rewards good running much more than good passing (you get .1 points for each rushing yard and six points per rushing touchdown versus .04 yards for each passing yard and four points per passing touchdown). As the point-man for the 49ers’ endlessly creative ground game, Lance carries immense fantasy potential, even coming off a rain-soaked stinker in last week’s upset loss to the Bears.

He’s the best and highest-volume runner in the NFL. He’s playing the Jaguars, who stink. Don’t overthink this.

Williams' talents are sundry and obvious. Namely, he’s basically impossible to tackle, a squirmy ball of muscle who broke the most tackles per carry since 2014 during his rookie year last year. In Denver’s Monday night opener against Seattle, Williams also demonstrated his proficiency in the passing game, hauling in 11 catches (on 12 targets) for 65 yards. Toss in a goal-line carry too (which he immediately fumbled but we don’t have to talk about that) and it’s clear that Williams has both the skill and opportunity to succeed, especially this week against a lowly Texans defense that got gashed for 161 yards on the ground last week.

The reports of Michael Carter’s demise were greatly exaggerated. After the Jets picked fellow running back Breece Hall in the second round of last year’s draft, people assumed that Carter would be shunted to more of a supporting role. Instead, Carter kicked off his sophomore year with 17 touches and 100 scrimmage yards. Although the Jets’ backfield is still a committee and the offense is low-wattage in general, Carter is still “the heartbeat” of the Jets’ offense, according to offensive coordinator Mike LaFleur.

Last week, Chase caught 10 passes (on 16 targets) for 129 yards and a touchdown; this week, Joe Burrow and the Bengals have resolved to Chase even more involved, promising to force feed him targets like a foie gras goose. Across the six games where Chase has received 10 or more targets, he’s averaged 175.2 yards and one touchdown per game. When Chase gets the ball, good things happen and he’ll get the ball a lot against a toothless Dallas defense that just made the decrepit Julio Jones look good.

Dating back to last season, St. Brown has averaged 8.4 catches (on 11.3 targets) for 89.1 yards and .9 touchdowns per game—extrapolated over a full season, these numbers would translate to about 143 catches, 1515 yards, and 15 scores. In other words, St. Brown is playing like prime Marvin Harrison—yet on Draftkings, he’s priced between Terry McLaurin and Jaylen Waddle. Take advantage of this discrepancy while you still can.

In his first year as a Jaguar, Jones has already developed chemistry with quarterback Trevor Lawrence; the duo hooked up for 6 catches (on 9 targets) for 65 yards last week against the Washington Commanders. While this is hardly earth-shattering stuff, it’s still notable for our purposes—as Lawrence’s primary underneath target, Jones has a guaranteed baseline workload. Even more important, Jones sports a low enough price in daily fantasy sports to save you room to shoehorn multiple stars into your lineup.

Since Travis Kelce plays on Thursday, no other tight end comes close to touching Andrews this week. Coming off 1361 yards and nine touchdowns last season, Andrews is the most consistent and productive tight end this side of Kansas City. Like his quarterback Lamar Jackson, Andrews was quiet last week, but he’ll be more active and involved against a Dolphins defense that should require a bit more legwork to crack.

Pitts was bad last week—like, worse-than-some-guy-named-Johnny-Mundt levels of bad. But coming off that 2.9-point stinker, Pitts is priced at $5400, which should be the lowest total that the budding star should ever be again for the rest of his career.

Outside of Cooper Kupp, Higbee was the Rams’ most active pass-catcher in their season-opening loss to the Bills, receiving 11 targets. Of those 11 targets, he only caught five of them—and those five passes only totaled 39 yards, but that’s not the important part here. The tight end position is pretty barren beyond the top guys and Higbee is the rare bargain bin option who also has the potential for such a heavy workload. The Rams-Falcons game has the highest implied total this week according to Vegas odds, so Higbee could do serious damage if he stays as involved in the offense.

The Niners' defense is elite, anchored by stars such as Fred Warner and Nick Bosa. They’re playing the Seahawks, who didn’t cross midfield in the second half of their Monday night game against Denver.

TJ Watt’s possibly torn pec certainly puts a damper on things, but this is still a unit that turned Joe Burrow over five times. If they can do that to an elite offense like Cincinnati, imagine the carnage they’ll inflict on a Pats offense that has no explosive players and no real coach.

They’re playing the Cowboys, who are starting Cooper Rush at quarterback. Somehow, they have the third-lowest price of any defense.