The WNBA Walk Off: Taking the Initiative is Nothing New 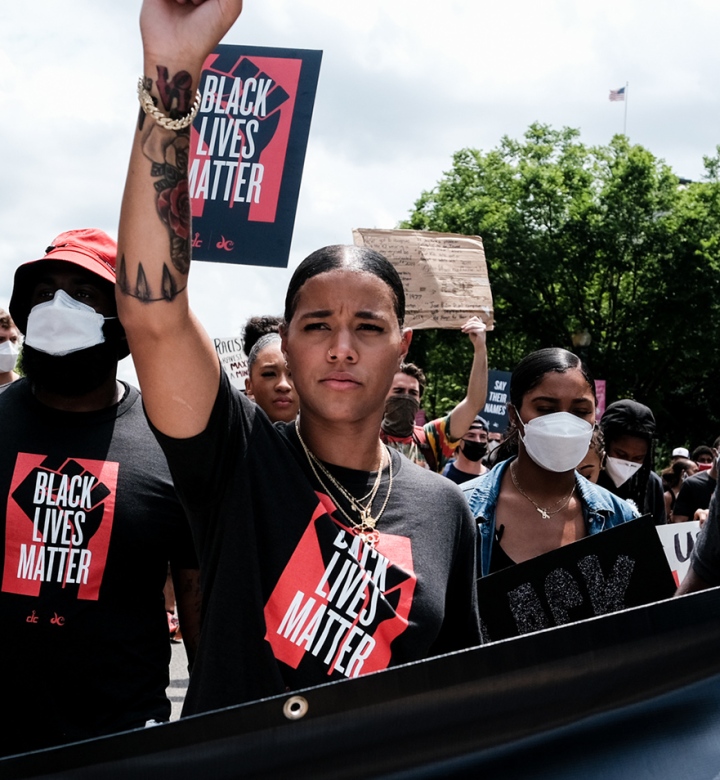 Natasha Cloud of the Washington Mystics at a Juneteenth march in DC / Michael A. McCoy / Stringer

August 26th, 2020 will go down as one of the most prominent and historic days in sports history. Sparked by the outrage over the police shooting of Jacob Blake, the professional sports world has essentially come to a halt, with professional athletes going on strike. Within this movement, it’s important to recognize just how instrumental the WNBA has been since the beginning.

To understand that, we have to go back to the year 2016 when Minnesota Lynx players Maya Moore, Lindsey Whalen, Seimone Augustus, and Rebekkah Brunson, wore “Change Starts With Us” shirts. Little did we know, it was a sign of things to come for Maya Moore.

By the year 2019, Maya Moore was already a four time WNBA champion, MVP, two time Olympic Gold Medalist, and had secured her place as one of the all time WNBA greats. Ahead of the 2019 season, Moore announced she would be going on hiatus to focus on overturning the wrongful conviction of Jonathan Irons (who was successfully released in July of this year). It was a surprising move for many, to see a player who had already accomplished so much, step away from the game she loved dearly. To those who knew Maya though, it actually wasn’t surprising at all. It’s who she’s always been.

These are just a couple of examples of how vocal the WNBA has been when it comes to their leadership in the fight for equality. That has continued into this unique season, where the WNBA has been united in their quest for change by using their platforms to continue to bring awareness in various different forms. However, let us not forget that the WNBA has always been about making a change, even if it meant making huge sacrifices. Let us continue to always stand with them, and support them endlessly.