Tony Parker Sits Down With ONE37pm 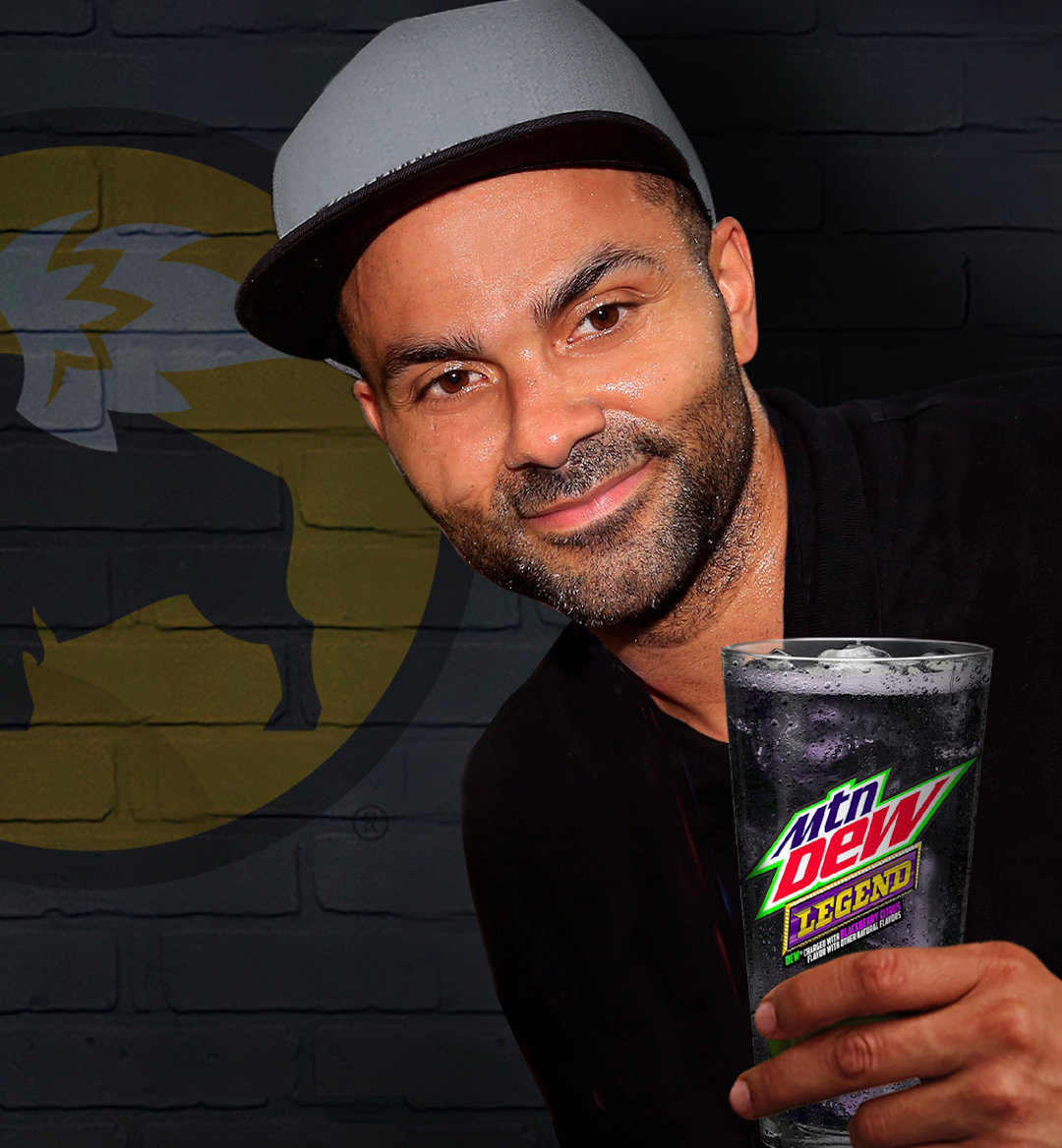 NBA legend Tony Parker recently announced a collaboration with MTN Dew and Buffalo Wild Wings to give back to fans. We sat down with the 2007 Finals MVP to discuss the collab, his time on the Spurs, and who he thinks will win this year's finals.

ONE37pm: We’re here today because you teamed up with MTN DEW and Buffalo Wild Wings to give back to the fans. Can you tell us what’s in store for that?

Parker: Of course! I partnered with them because of the love they have for our game and our fans. They wanted to do something special to celebrate that. If the NBA finals goes to game seven, you can get free MTN DEW Legend at every Buffalo Wild Wings. I thought that was pretty cool because I think the series will go to seven and I played in a couple game sevens myself so that’s why i’m here today.

ONE37pm: We’ll definitely be rooting for the series to go seven games then so we can get our hands on some free MTN DEW legend.

Parker: There you go haha.

ONE37pm: So, when you won Finals MVP in 2007 you attempted seven threes throughout the entire four game series. In game five of the Mavs-Warriors conference finals, Klay Thompson took sixteen threes alone. What is your reaction to that type of three-point volume?

Parker: The game has changed just a little bit since I was playing haha. When I was playing we shot some three’s, but not a lot. That’s why me and Timmy (Duncan) never shot a lot of threes. Even back then in the 90’s Michael didn’t shoot a lot of three’s. Now the game is all about three’s, everybody is shooting threes. Sixteen three’s back then would be a total for a team, but now it’s kind of normal for a player. It’s just kind of the evolution of our game and the way Steph, you have to give him a lot of credit, the way he changed the game. It had an effect on Damian Lillard, Trae Young, all those guys now shoot from half-court like it’s nothing.

ONE37pm: And you got the chance to play a young Steph Curry in 2013, what was that like?

Parker:  Oh I remember them in 2013. I remember being in the locker room and I was like “man i’m happy we’re done playing against those guys”. I remember telling Timmy “They’re going to be good for a long time, they’re going to be really good”, and sure enough two years after, they won the championship in 2015. They are a very good team and have a lot of similarities with our championship runs. They’ve been playing well for a very long time. Six finals in eight years, the way they are built with the same coach and same core. It’s a lot of similarities with how we did it, winning four championships in a nine year span, so it’s pretty cool to watch.

ONE37pm: Going off that, today you see players bounce around a lot from team to team, but the Warriors and Celtics both have had a solid core for a number of years. Playing with the same core in San Antonio for so many years, how much do you think that attributed to your guys success?

Parker: For me it’s no secret. If you want to win and you want to have success you need to build chemistry and that comes with time. Sometimes NBA franchises want to go too fast and break up teams after 2-3 years, but it doesn’t happen like that. If you want to win and especially for a lot of years, you have to build a core and have some stability with the same coach. That’s what happened with Golden State and that’s what happened with us and the Spurs. With Boston, even if it’s a rookie coach, he came from stability and the franchise, he (Ime Udokah) was with the Spurs for seven years. The team you have has similar players. Tatum, Brown, Smart, they’ve been playing together for a long time. Now you see the result, they made the finals with an unbelievable run.

ONE37pm: I know you said earlier you think the series will go seven games, any inkling on who might be lifting the Larry O’Brien trophy?

Parker: I think Golden State’s gonna win and I think at the end experience is going to be a big factor. I think the story is just beautiful with what happened in 2019. Not making the playoffs for the last two seasons and coming back like that is unbelievable.

Parker: I think so yeah, I think he will tie me haha.

ONE37pm: You were the third french player to ever play in an NBA game. Today well over thirty Frenchman have touched an NBA floor. What’s it been like to see this new generation of European players make such a large impact on the NBA today?

Parker: It was just great to be an ambassador. To be the first Frenchman to win an NBA title, first Frenchman to be an all-star, first European to win finals MVP. I can appreciate it even more now, I can look at it and have some perspective. I am very proud of my country and everyone that is playing in the league now. I always took it very seriously to be a good ambassador for my country.

ONE37pm: Do you have a favorite player to watch currently in the NBA?

ONE37pm: The Heat vs Spurs finals is one of the earliest memories I have watching basketball and I remember how dominant you guys were in 2014. What was your mentality like going into that series because you had just lost to the Heat the previous year in seven but came out and dominated in 2014?

Parker: Man, we were so motivated. I think 2014 is the best basketball we ever played in our Spurs history and that was created by game seven of 2013. The way we came back just showed our mentality. We wanted to come back at the top. We won a lot at the beginning of our careers, winning three championships in five years. To go through every step every year, Conference Finals, NBA Finals, and then to finally be back on top was the best feeling ever. That’s why out of all the championships I've won 2014 stays as my favorite.

Make sure to follow the NBA finals and get free MTN DEW legend at Buffalo Wild Wings if the series goes seven games!