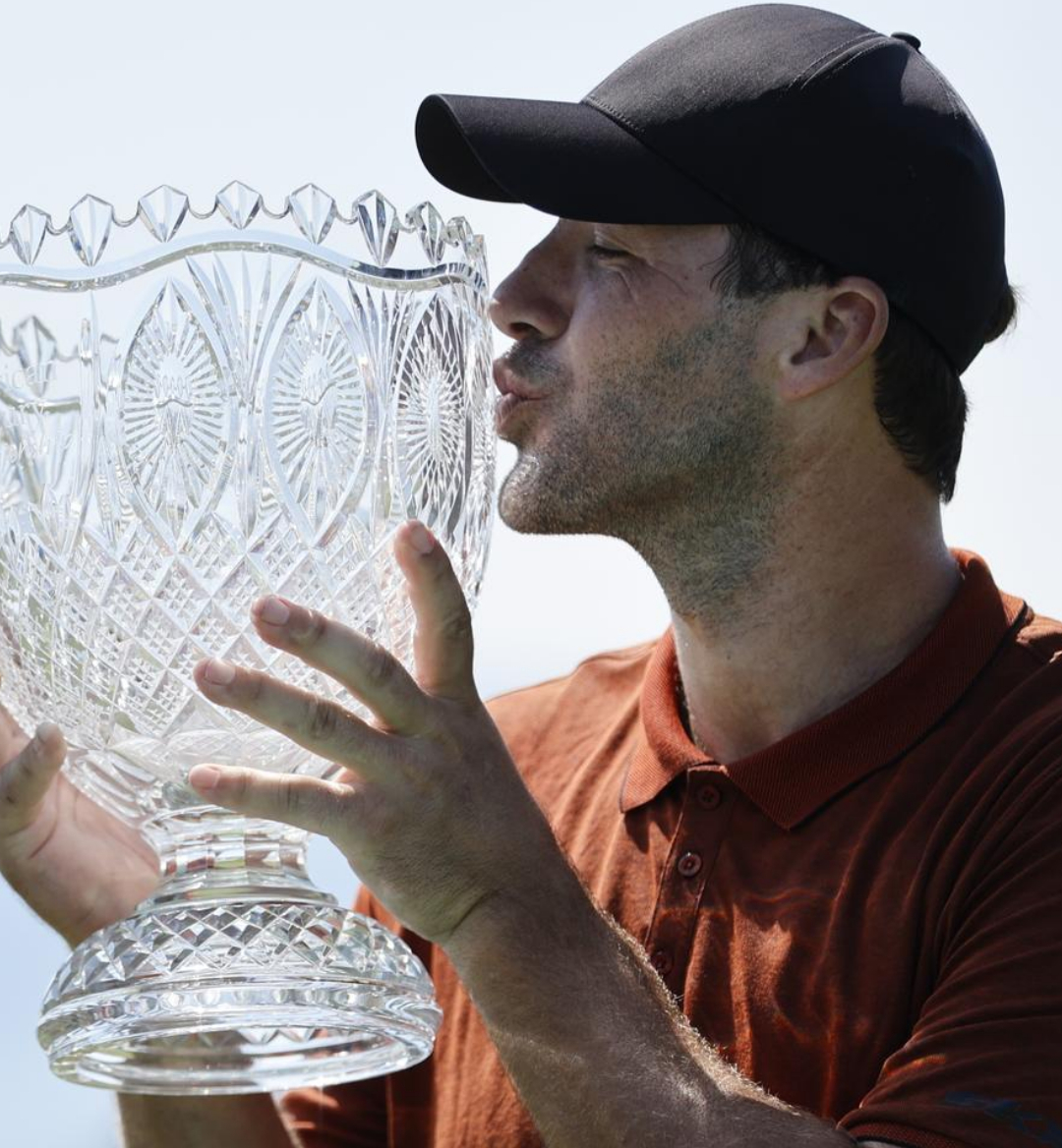 While the reality of multi-sport athletes is ordinary, it's still exciting to watch one-sport athletes switch it up. This weekend (July 8th-10th), the 33rd annual American Century Championship witnessed various athletes step on a surface they're rarely seen at-- the golf course. But when it was over, Tony Romo emerged victorious, surviving a sudden-death playoff against Dallas Wings defenseman Joe Pavelski and former MLB All-Star pitcher Mark Mulder.

The acclaimed CBS commentator, who's also a former Pro Bowl quarterback of the Dallas Cowboys, is now a three-time winner of this event. And while the rest of the field consisted of other talented part-time golfers-- including reigning 4x NBA Champion Stephen Curry, and NFL star quarterbacks Aaron Rodgers, Patrick Mahomes, and Josh Allen-- Romo's consistency and clutch play were unmatched by his peers as he finished with a score of 62.

But more impressively, the 2022 American Century Championship caught some of the attention of sports fans despite it being a jam-packed weekend-- men's and women's Wimbledon finals, Yankees vs. Red Sox, the NBA Summer League, and WNBA All-Star Weekend. But with highlights like this, how could you turn away from it?

I ain’t even surprised. Just another Friday for @StephenCurry30 🎯

And what's an golf outing without Charles Barkley?

Charles Barkley knocks down the birdie putt at the 16th at the @ACChampionship.

Salute to the American Century Championship for hosting another fun event!