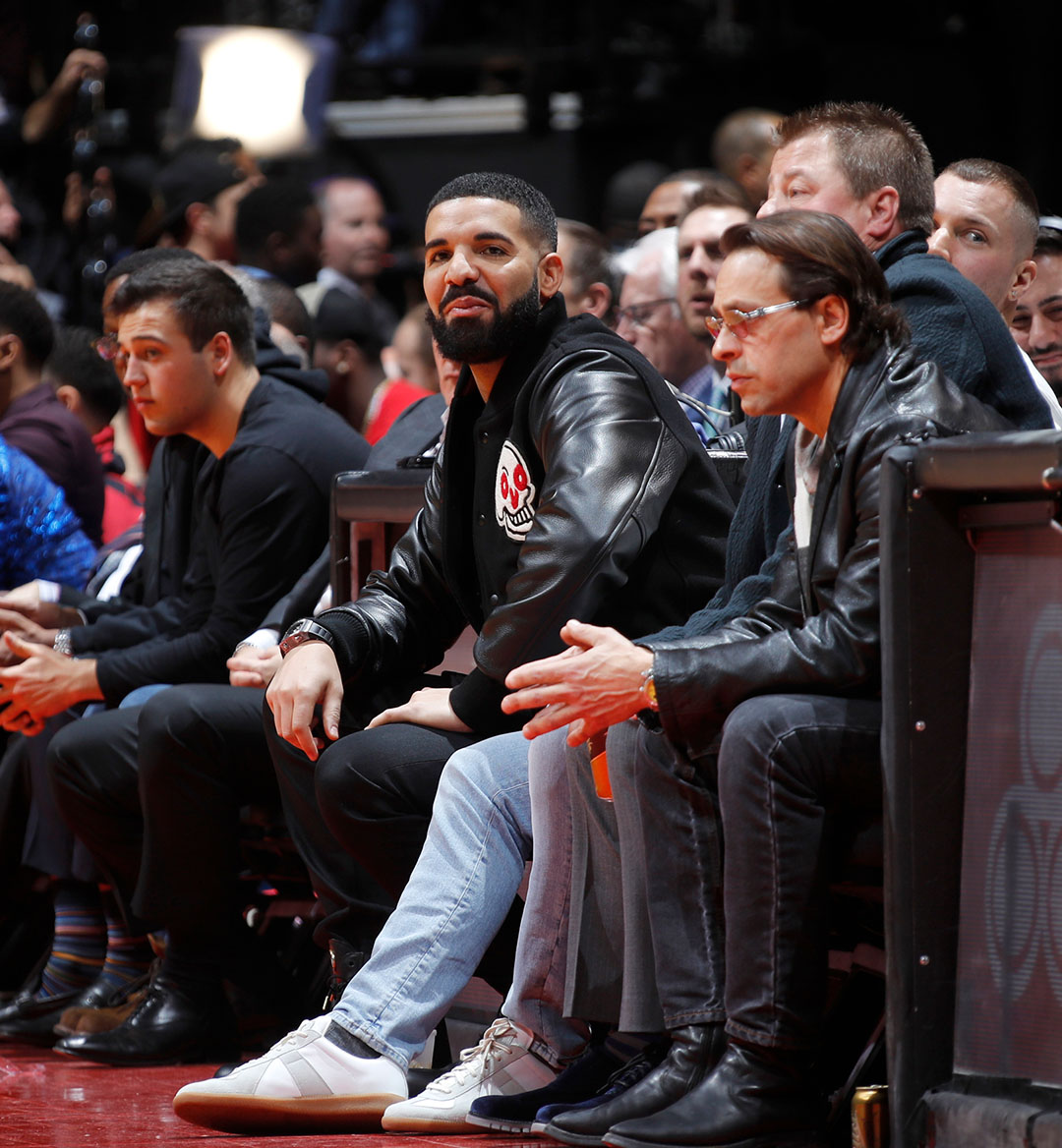 While Drake has been involved with his hometown Toronto Raptors, in some way, throughout his music career, he's only had an official relationship with the team for the last six years in the capacity of "Global Ambassador." So far, that's involved a number of theme night Raptor games, and a somewhat regular presence courtside. Now, the Raptors and Drake have made the partnership even more official by designating the Raptors' practice facility as the OVO Athletic Center.

We made it happen. Introducing the OVO Athletic Centre.@welcomeOVO | #WeTheNorth pic.twitter.com/8Z2Trv6evi

In an Instagram caption, Drake expressed an earnest gratitude: "just wanted to add that I am so proud of my brothers and so proud to be from this city I swear this one feels like a high school dream and it’s a blessing to be able to raise up the levels and make the human mind stretch when it comes to thinking about what is possible in your lifetime!!," he writes.

While other musicians have become synonymous with NBA culture—2 Chainz and the Atlanta Hawks' robust friendship comes to mind—the OVO Center takes the culture/sports pairing to the next level. It's a win-win for the Raptors, lending the team an increased pop culture visibility while also paying tribute to their most famous member of their fan community. It's a cool move that we haven't really seen elsewhere in sports, and we’d guess that’ll open the door for business that the Raptors might not usually expect.

While the facility is down the road from the Raptors' home arena, the ScotiaBank Center, NBA players typically spend more time at the facility training than their arena. Their practice jerseys will now include a patch with OVO's signature owl logo, which will pair nicely with the OVO-themed jersey they already sport on court, on occasion. So, this is pretty much the rising tide that lifts all (social media) boats.