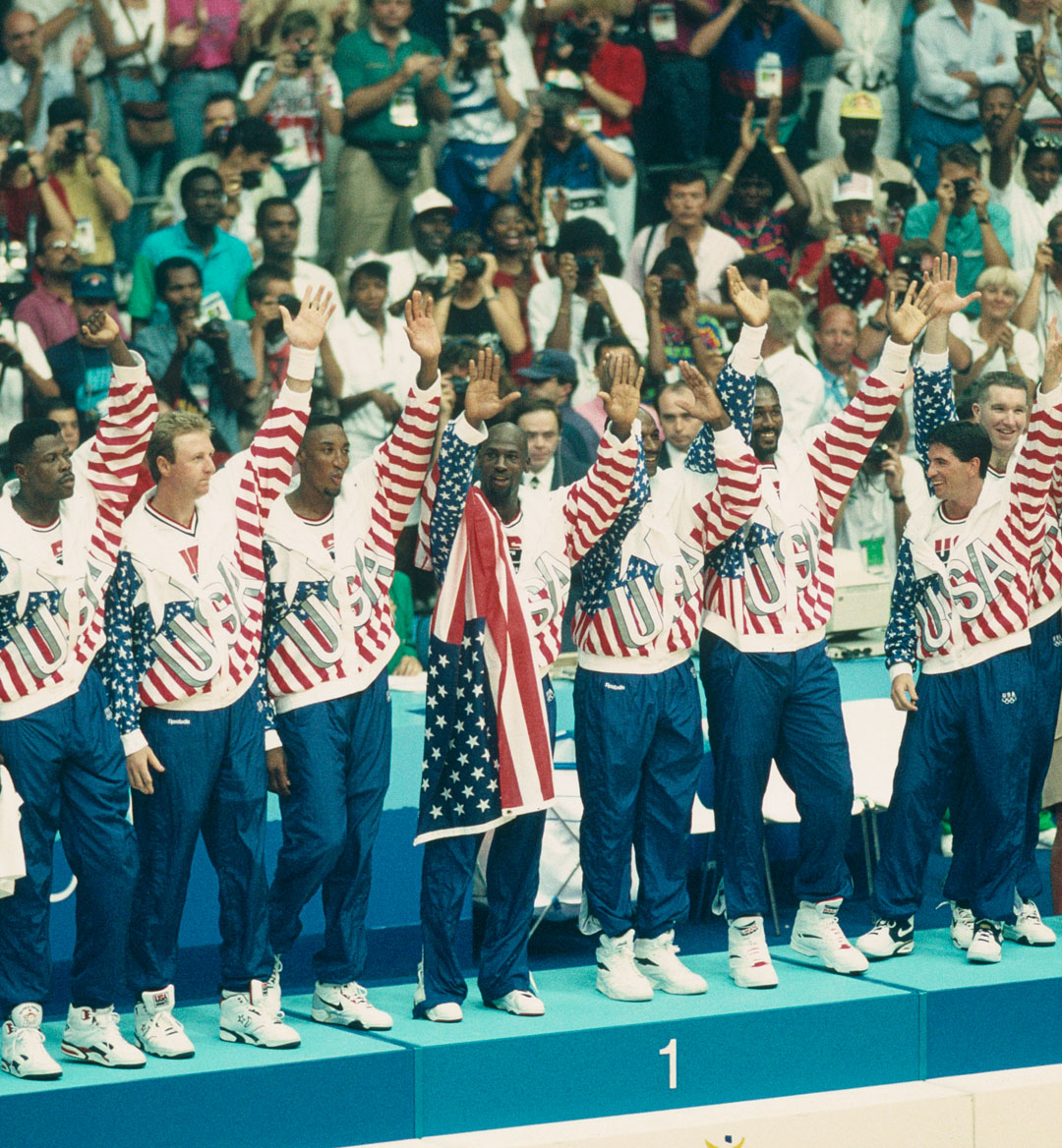 Every four years the United States Olympic Committee puts together a roster of American demi-gods that for the most part takes care of competition easily. The international stage is catching up with the talent of the American team however and it's glaring when looking at the 2020 team’s record already in these Olympic games. With some of the biggest names opting out of the Olympics like Lebron James, Steph Curry, and Anthony Davis it’s time to see how this team stacks up against other teams since the Olympics allowed NBA players to represent Team USA in 1992. Here are the rankings of every USA basketball team since 1992.

There is no question that the 2004 team had the most disappointing ending of any USA basketball team. The biggest problem the 2004 squad ran into was they were too young. Lebron, Melo, and Wade were all coming off their rookie years and were not established yet as dominant players in the NBA. Because of this the team had to rely heavily on guys like Richard Jefferson and Carlos Boozer to carry the team, which ended badly. 2004 saw the first time since 1988 that the USA didn’t finish with gold in basketball and this is a team that people will be quick to forget.

This year's USA basketball roster has some of the game's top players, but unfortunately is missing out on the biggest stars like Lebron James, Steph Curry, and James Harden. With a loss in the round-robin games to France, there is nothing this team can really do to move in front of the next six teams on this list. It’s very apparent the world is catching up in terms of basketball talent so team USA has a tall task ahead of them.

The 2016 Rio games in my mind can be remembered as the Carmelo Anthony Olympic games. Melo finished these Olympics walking away as team USA’s all-time scorer and most gold medals at three. This team can be remembered for having great chemistry on and off the court, and it showed as they dominated throughout the games. There are a ton of clips I could choose to highlight this team like Derozan going for a 360-dunk in a blowout game, but instead checkout the gem above.

This 2000 Olympic team is one that was highlighted with high-flyers like Vince Carter and defensive monsters like Kevin Garnett. There was really no chance for the field in these Olympic games as team USA went undefeated in eight games. The highlight of these games was watching Vince Carter literally dunk someone into retirement and what is probably his nastiest dunk ever.

The 1996 Olympic games showcased the second USA squad to be stacked with NBA players. One of the most fascinating things I discovered while researching this list was to find Hakeem Olajuwon on the United States team. He was left off the 1992 Dream Team squad because he didn’t become a US citizen until 1993. This team’s biggest strength over other USA squads is

the height. This team is by far the strongest at the five positions and quite frankly if I saw this team on the court I'd run in the other direction.

The 2012 USA basketball squad has a very special place in my heart because as a very impressionable thirteen-year-old this team made me fall in love with basketball (It was also my Bar Mitzvah theme, Justin’s Dream Team is the best Bar Mitzvah theme ever). Highlighted with all-time greats like Kobe Bryant, Lebron James, and Kevin Durant this team was a once-in-a lifetime honor to get to watch. The gold medal game did prove to be tight as USA only won 97 to 90 against Spain.

The 2008 USA Olympic team donned the name “the redeem team” because this would be the first squad to represent the USA since their loss to Argentina in the 2004 Olympics. The 2008 team would win every game by 19 points or more and played with a sense of pride and determination that we don’t see today from USA basketball. The catalyst for this was the team captain Kobe Bryant. He was not on the 2004 squad that lost but it seemed like he took it personally. An all-time great moment from these Olympics was watching Kobe talk trash to Luis Scola in Spanish.

There is no question when ranking USA Olympic teams who sit atop the list and that is the 1992 dream team. This was the first USA team to be headlined with NBA stars and it was one for the ages. You had the best of the 80’s in Magic and Larry, and the most dominant basketball player

in the history of the sport in Michael Jordan. There are so many amazing stories and games that came out of these Olympics that I could leave you with but this is by far my favorite and the story goes like this. After a lackluster performance against France, Coach Chuck Daly felt the need to pump some energy into his team. Magic Johnson was once the top dog in the NBA, but those days were behind him. Not being ready to relinquish the title of ‘best in the world’ Magic took half of the 92’ team and Michael got the other. What ensued was the greatest game of basketball ever played. If you haven’t watched the Dream Team documentary I highly recommend it as it is one of the best pieces of basketball content ever created.