How USMNT Can Solidify Dominance Against Mexico 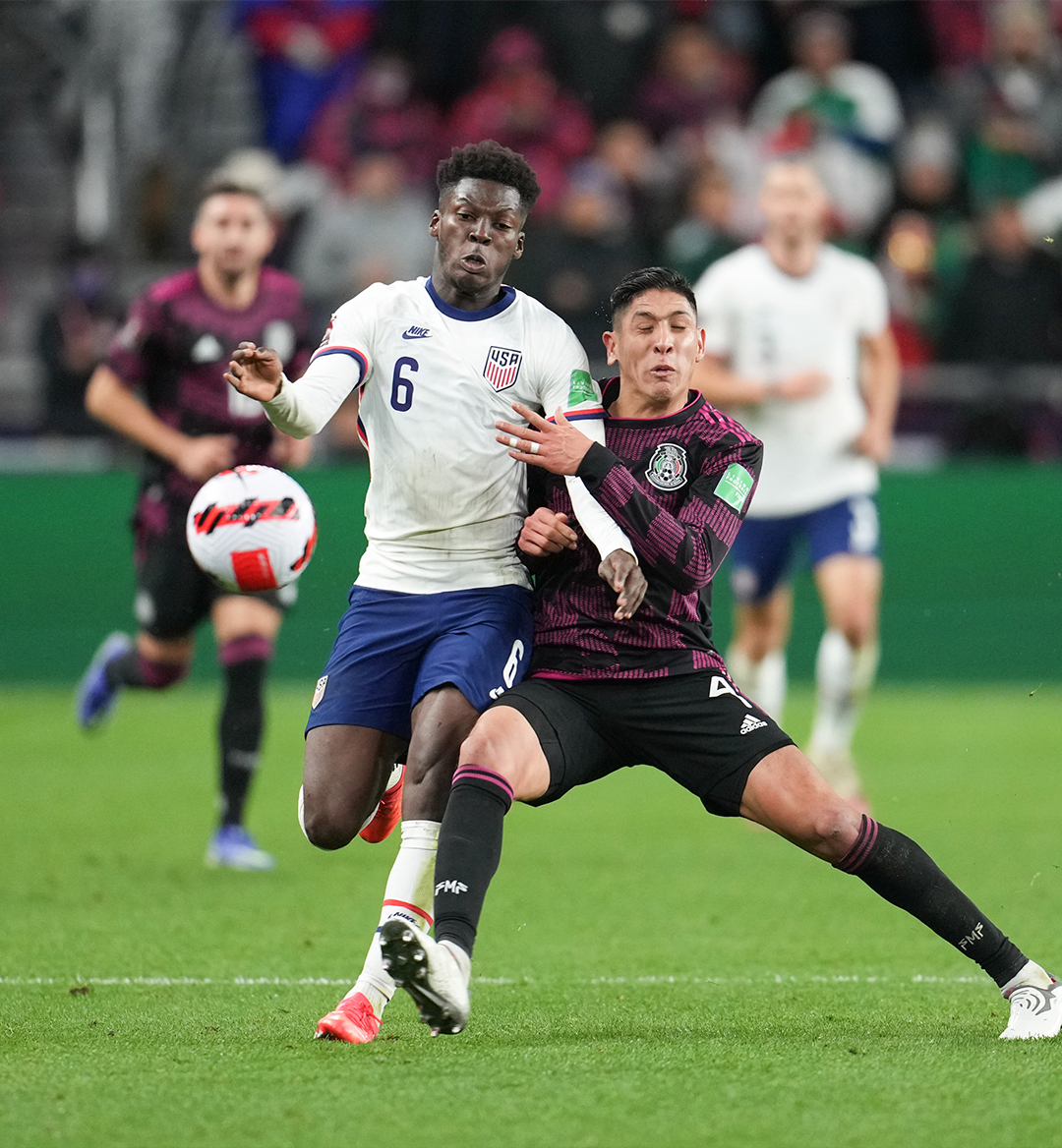 When it comes to international matches on this side of the planet, it doesn't get much bigger than when the U.S. Men's National Team squares off with Mexico.

Gregg Berhalter and the USMNT enter Thursday with a huge amount of confidence after three straight wins over Mexico in 2021, but it's never an easy task for the Americans when they head down to the Estadio Azteca.

In fact, the Americans have never come away with a victory in Mexico City during World Cup qualifying, and Christian Pulisic and Co. will be looking to be a part of the team that ends that winless streak.

ONE37pm takes a look at three keys for the USMNT tonight as they aim to beat Mexico and potentially qualify for the World Cup in Qatar.

So much at stake tonight at the Estadio Azteca… it’s 🇺🇸 vs. 🇲🇽

How would you line the #USMNT up if you were in charge of Gregg Berhalter’s side? 🤔 pic.twitter.com/k8huYrqUT2

Although the U.S. lost Weston McKennie to injury, the Americans still boast an extremely talent midfield led by Tyler Adams. This midfield battle often decides the game when these two nations meet and Thursday shouldn't be any different.

Mexico has a strong one on its side with Efrain Alvarez and Hector Herrera, but the U.S. has done a great job of containing both players in some of their recent meetings.

Yunus Musah will be an important players for the Americans after excelling at Valencia this season and growing into more of a two-way player.

Ricardo Pepi has made all sorts of headlines for his huge move to Germany in the winter, but since that point things haven't gone according to plan for the former FC Dallas striker.

Pepi hasn't scored a goal to date in the Bundesliga and he's struggled to acclimate himself at Augsburg.

Meanwhile, the U.S. has another forward at its disposal who is thriving in Europe this season.

Jordan Pefok leads Young Boys in goals this campaign and even scored against Manchester United in the UEFA Champions League.

It's highly likely that Pepi starts against Mexico, but Berhalter can't be afraid to bring in Pefok if the match isn't leaning towards the Americans.

3. Pulisic Shows Why He's the Face of USMNT

Pulisic has shown up in big games for the U.S. and in the Premier League with Chelsea, but USA-Mexico has different levels of importance.

He drew the penalty that led to his game-winning goal against El Tri last year in the Concacaf Cup and a similar performance on the road would go a long way towards solidifying Pulisic's place as the go-to player for the Yanks.

'Captain America' has 18 goals in 45 appearances for the United States, and it's very likely that if he adds to that goal total at the Azteca the Americans will be a step closer towards qualifying for Qatar this November.