What's Next for James Harden and the 76ers? 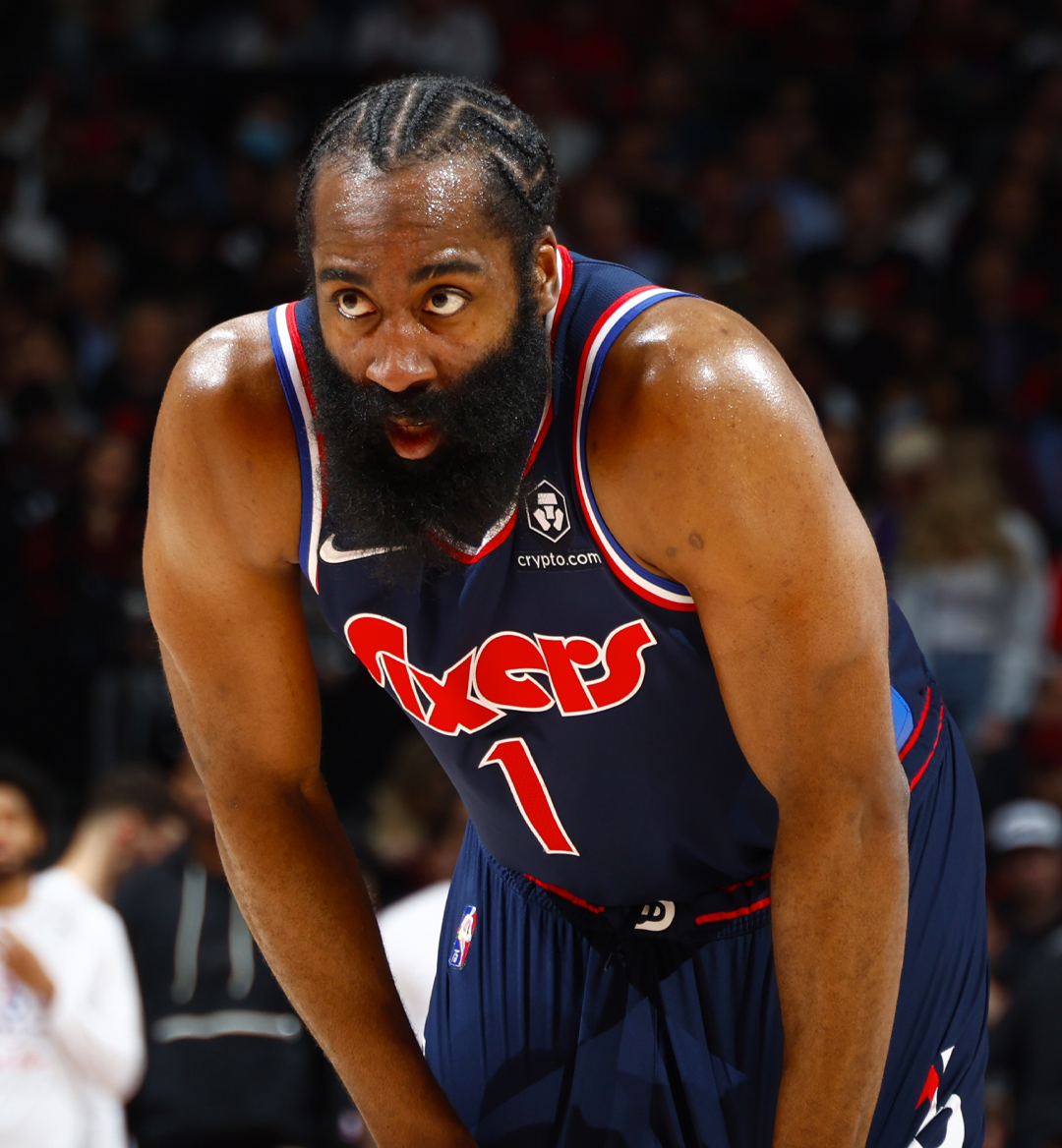 For the last two years, James Harden has grown tired of being James Harden. In Houston, he didn’t merely drive the bus; he was the bus. With the ball in his hands, he practically turned basketball into an individual sport, distilling all the ball and body movement that you would ordinarily expect into a single one-on-one matchup against his defender. Despite all the mewling that he was a flopping eyesore, he was great at this—his 2015-2021 stretch ranks as one of the single greatest offensive runs in basketball history. Sizing up his guy for eight seconds, watching the help defenders gird themselves to help at the rim, somehow creating a coherent offensive attack from nothing more than his own savvy and talent like Zeus sprouting Athena from his forehead: James Harden is so sick of that shit.

Since his radical micro-ball Rockets team was bounced from the Bubble, basketball’s preeminent soloist has been in search of a band. Once spend-thrift owner Tilman Fertita axed just about every smart person in the organization to raid the franchise’s coffers to pay off his Rainforest Cafe debts, Harden strong-armed his way into a trade to Brooklyn. There, he imagined, he’d be able to play a less taxing style of basketball alongside Kevin Durant and Kyrie Irving. He was right, kind of: during Harden’s 16 games alongside Durant and Irving, the Nets went 13-3 and scored 129.1 points per possession. And then Kyrie Irving did his own research. And then Kevin Durant got hurt. Once again, Harden was tasked with single-handedly hauling a threadbare supporting cast towards respectability and demanded a trade to Philadelphia, where MVP candidate Joel Embiid would presumably allow Harden to kick his feet up a little.

Now, Embiid is hurt and Harden is the begrudging lodestar for the Sixers. This is objectively funny—Harden has morphed into basketball's Karl Havoc, gleefully creating situations for himself only to later realize he doesn’t want to be around anymore. Still, the problem isn’t so much that Harden has to temporarily revert to a previous super ball-dominant version of himself; it’s that he can’t.

Whereas Harden was a bursty, untamable ball-handler as recently as last season, he now moves with the urgency and speed of a dad playing Marco Polo with his kids. He can’t beat defenders off the dribble; he can’t jump high or far enough to earn clean looks at the rim. The thing that made Harden such a singularly dominant scorer wasn’t just that he was a tricky player who could outsmart refs and defenses alike, but that he was able to combine that guile with the strength and athleticism of a more traditional two-guard. In this sense, Harden has reached the current-day Rudy Giuliani stage of his career, having lost the power that made people care about him in the first place; there’s nothing left for him besides the grift.

To be sure, Harden is still a great player. He exists within that special stratosphere of stars where averaging 20ish points and 10ish assists per game is disappointing. In Game One against the Miami Heat, Harden was completely unable to assert himself, putting up a quiet 16 points and five assists. Worse, Harden managed a meager four points and two assists in the second half, thoroughly stumped by the Heat's army of long, physical wings.

He couldn’t glide backwards into a step–back three because his defender was sitting on that move and denying him a clean release; he couldn’t punish overaggressive perimeter defense by exploding to the rim because his legs don’t work that way anymore.  A basketball genius, Harden consistently made the right play in response to Miami’s defensive tactics; it was just that the right play was often to passively cycle the ball to a teammate rather than do stuff himself.

The playoffs have always been cruel and revealing for Harden, but his struggles feel distinctly different than his previous flameouts. Previously, Harden has lost in the playoffs because he’s unable to seize on the same marginal advantages that he could reap in the regular season—the defenders contest his jumpers just a little more tightly, the refs become ever more reluctant to give Harden a friendly whistle. Now, though, it feels like the end—or, alternately, the beginning—of something.

The defining tension of his next few years will be how gracefully he handles the transition from being the guy to simply being a guy. As part of a larger constellation of talent, Harden is the kind of passer who can have a multiplicative effect on the talents of his teammates; despite his individual shortcomings as a scorer, Harden still boosts Philly’s offense by more than 12 points per 100 possessions when he’s on the court. In particular, he’s empowered Joel Embiid to become a serious pick-and-roll threat for the first time in his career.

There’s no doubt that Harden will continue to be a very good player for a long time, but there’s uncertainty of what shape or valence that goodness will assume. It’s not possible anymore for him to Norman Bombardini his way through games, consuming so many possessions that he eventually transforms into an offensive universe unto himself. But it’s also probably a waste for him to recede into the background and take a backseat to Tobias Harris. Philly won’t lose their series because of Harden’s awkward fit—they’ll probably lose no matter what if Embiid is out. But the fate of the franchise and all the outsized narrative importance that accompanies it will be determined by James Harden’s ability to reconcile no longer being James Harden.