Which Celebrities Would Make for the Perfect All-Star Team?

It had to be done. So who’s the starting five? 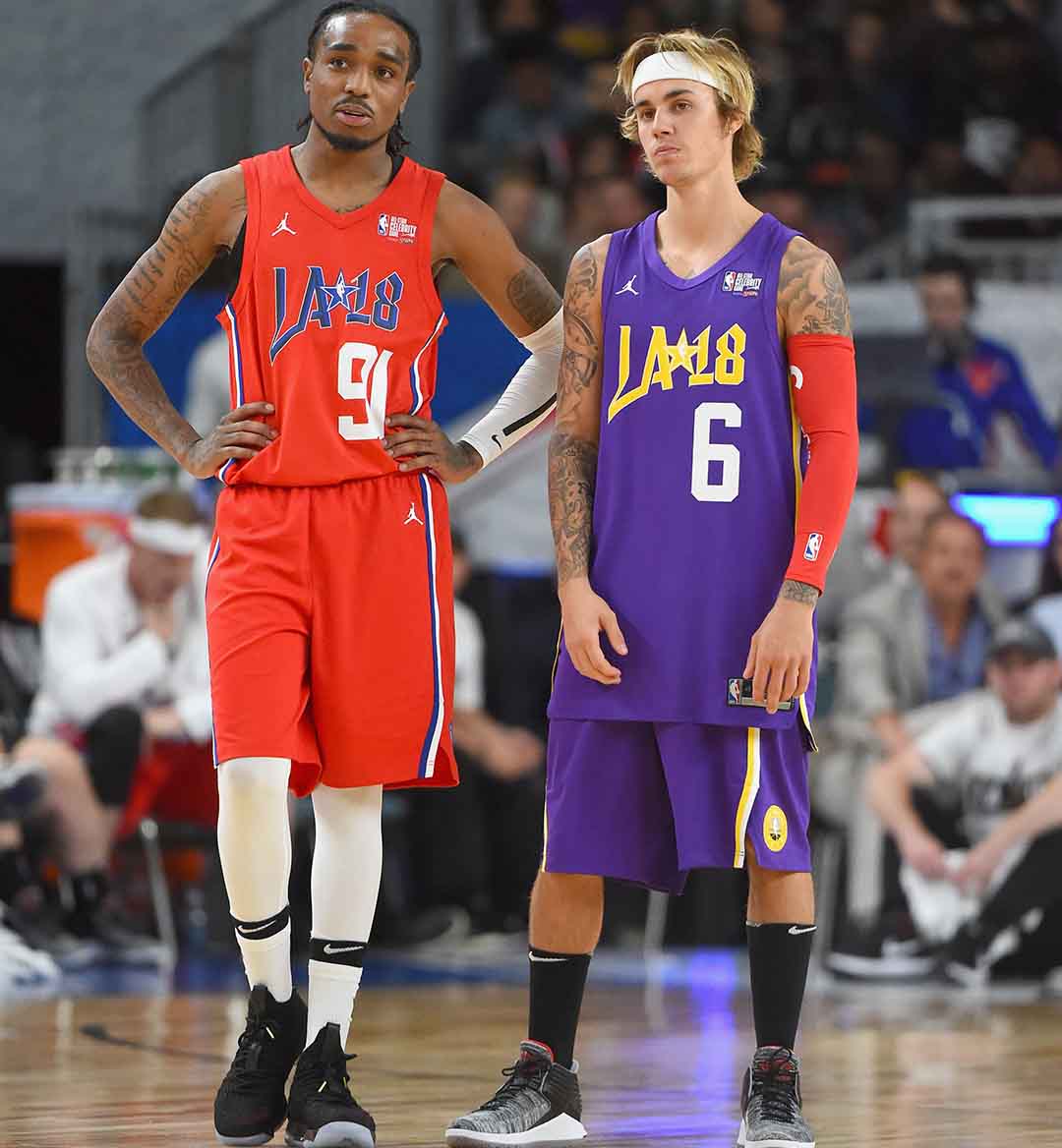 If you had to pick a starting five for an all-celebrity basketball team, who would you pick? ONE37pm has studied the film and heard about the hoop greatness stories. After all of our scouting, we've made our selections.

Here goes your starting line up for our team, which I'm naming "ONE37PM EuroStep Fam."

I want a trash talker on my team, so the funny “grown little man” is my guy. Just check out the highlights from his past performances in the NBA Celebrity All-Star Game. Despite his 5'1” stature, Hart has a huge heart that matches the hard-nosed, blue-collar character traits of a Philly-bred hooper. A former varsity basketball player and track and field athlete in high school, Hart would be the ideal floor general thanks to his speed and IQ.

A four-time NBA Celebrity All-Star Game MVP, Hart brings a different competitive edge that would have you crying tears while draining jumpers. It doesn’t hurt to have a floor general who can knock down some mid-range shots and lock up your opponent’s point guard. Just make sure he stays away from Mon’e Davis. Last time he was guarding her we all laughed at his pain.

The entire music world may know him as Quavo, one third of the multi-platinum recording rap group Migos. But what some are slowly realizing is that the 27-year-old rapper is a bona fide baller. Before his days making hits such as “Versace," “Bad N Boujee" and “Stir Fry,” Quavious Keyate Marshall was a standout football sensation at Berkmar High School in Gwinnett County. Describe as “spindly” by the Gwinnett Daily Post, as a high school quarterback, Quavo led his county in passing yards and even set a single-game record for most completions.

Additionally, Quavo can hoop. He does it all. He can rebound, has a crafty handle and can make plays. But most importantly, Quavo has a huge knack for scoring. You play him too far off and he’s draining the three ball from Steph Curry’s range. If you are playing him too close, he’s quick enough to drive right by you and use his length to finish at the hoop with the defense trapping around him. The world was able to witness this after his MVP performance during the 2018 NBA Celebrity All-Star Game. This is just another example of why he’s nicknamed Huncho. This guy is a walking bucket.

Even though you haven’t seen him hoop in front of the masses, Barack Obama has an old school game that’ll teach young folks how it's done. He’s not the type of player to take a million and one dribbles before he makes his move to the basket. He plays with the awareness you’d expect after having departed the highest office in the nation.

According to people who have played pick up ball with or against him, Obama has excellent basketball IQ and knows how to find angles where he can score from. Even though his high school coach said he wasn’t a good shooter, that slowly changed as years passed. He has a solid mid-range jumper and a deceiving handle that will rock defenders to sleep. If you want a true OG who’s seen it all and can show you how to win, Obama is your man. After all, he did lead his high school team to a state title in Hawaii. He’ll be sure to bring the winning intangibles to your squad the minute the ball goes up in the air.

Born Tauheed Epps, rapper 2 Chainz was previously an amateur player—such a good one, in fact, that he became a focal point to his high school’s state title run in the 1992 to 1993 season as a 10th grader. By his senior year, Epps was flying under everyone’s radar. At one point, the University of Memphis was looking to recruit him to replace Penny Hardaway. Instead, he attended Alabama State University on a full scholarship. According to his high school teammates and coach, Epps was a walking mismatch. He had deceptive ball handling skills that were compared to the once popular “And 1” mixtape street ball players. Compared to Lamar Odom, Epps knew how to take advantage of his opponents no matter how big or small you are.

Slippery in between traffic and with a nice stroke, 2 Chainz would be the X-factor of any squad as he brings versatility in lighting up the scoreboard.

Standing at 6’10” and weighing in at 309lbs, the Undertaker is one of the most feared wrestlers in WWE history. But before he had a legendary wrestling career, Mark Callaway was a force to be reckoned with for a Division II school called Texas Wesleyan University. If it wasn’t for his love and passion for wrestling, Callaway could’ve been an overseas standout—he was offered a pro contract from a team in France.

A wide muscular presence, Mark had a sweet stroke from ten to 15 feet. But what his coach considered most impressive about Mark was his footwork for a man his size. Callaway’s coordination was a major tool that made him an elite front court presence. By bringing “the darkness” to the court, opponents will think twice going up against The Undertaker’s chest. It’s either going to result in a monster block or a hard foul straight from hell. Rest in peace.

It's only right we add the Biebs to the roster. After all, who in the hell is gonna stop this wicked jump shot? Nobody!

Need a guy who oozes both passion and knowledge about the game? Look no further than actor/comedian Michael Rapaport. Rapaport was born into the hoops culture. His swagger, his old school game and IQ show he can motivate this superstar-filled team.