Will Barton, P.J. Tucker and All the Best NBA Fits from March 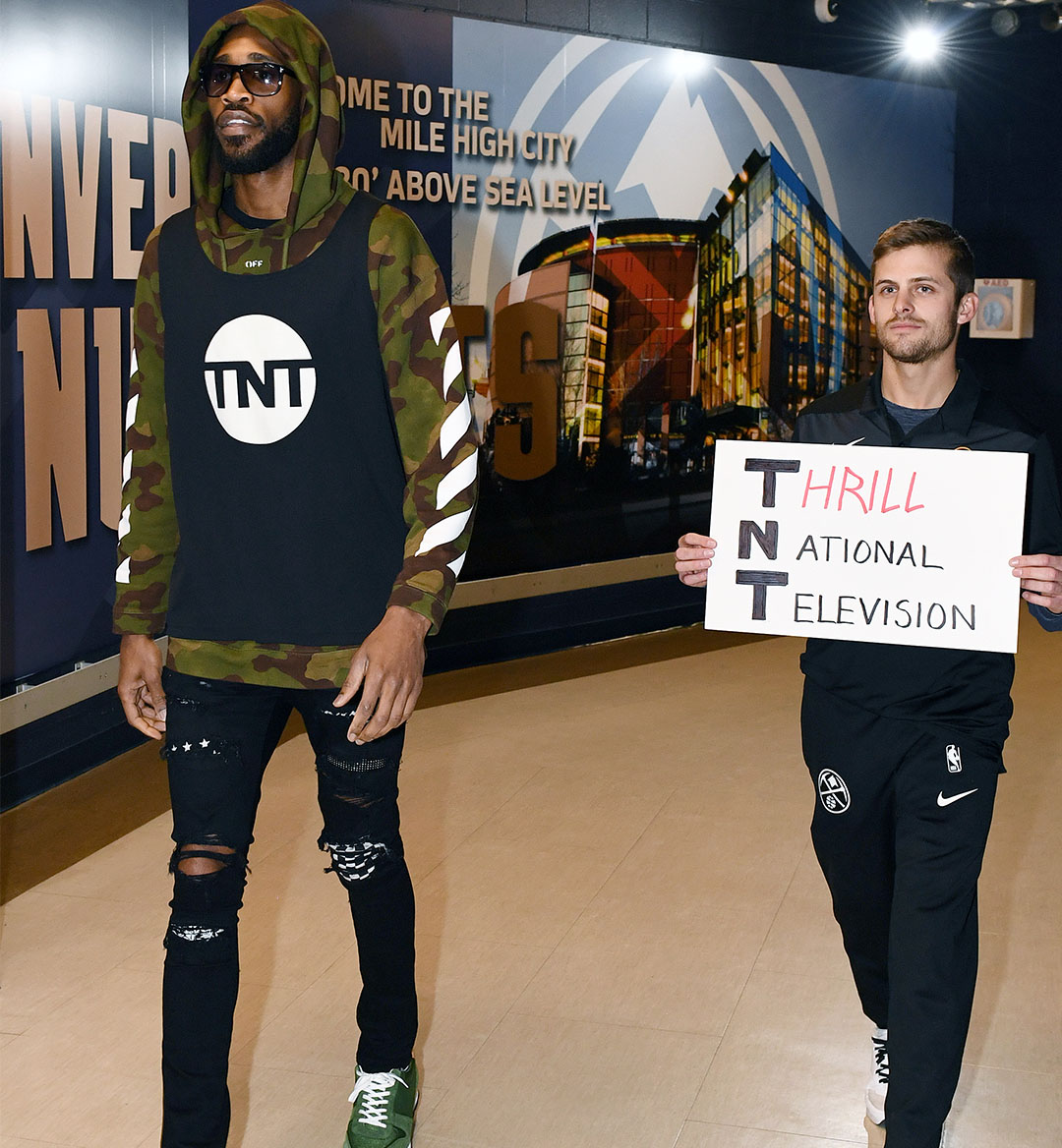 The regular season is winding down, but ONE37pm’s serial fit watch series is just heating up. Fourteen teams are headed for an extended period of time off, which means there’s less of a sample to select from. However, as the NBA playoffs approach, we think it’s safe to assume a heightened level of fit-offs is in the making. So consider March a heat-check of sorts.

On that note, here are the best NBA fits from March.

Will Barton Takes Accessories to the Next Level

Will Barton is an enormously likable player. He’s an instant offense in the mold of guys like Jamal Crawford, but Barton’s rhythm is funkier and his style is more difficult to synthesize. He hasn’t really been 100 percent since coming back from an injury, but once he’s a little closer to fully healthy, he could be something of an X-factor for the underrated Nuggets in the playoffs.

All these ideas collide with Barton’s recent accessory: a human male holding a custom sign to announce Barton’s arrival on TNT’s prime-time NBA broadcast. If another player were to do this, I could imagine it being a little more alarming, but with Barton, it just made me think,“Damn, nice.” After all, he’s the People’s Champ. —Corban

As a Grateful Dead enthusiast, my broken-record refrain has been “I cannot wait until the Grateful Dead are unpopular again.” As the Dead’s weird, tie-dyed aesthetic goes increasingly mainstream, it’s been difficult to know how to feel. On one hand, paying $90 to $200 for brand-new or vintage gear sold by a third party seems antithetical to the ideology the Dead has trotted out their entire career, but I like the idea of a Deadhead getting some cash for an item that’s likely not even a Top 40 GD shirt in their possession. Let’s call it a push.

So, in that sense, I think it’s cool to see the more laid-back looks that the incorporation of tie-dye has provided. (While technically Dead-adjacent and not wholly separate, I’m seeing a lot of the 1992 Lithuania T-shirt too these days.) Dame creates good energy here—it must have been the Rose Garden. —Corban

This is an attack. We’ve covered the contents of P.J.’s hands upon entering the arena closely of late, so we know when he’s innocently transporting his game shoes plus a pre-game snack and when he’s not. He has two hands (two) and is using zero (zero) of them to carry something game-related.

There may not be a nonalcoholic beverage more flagrantly disagreeable with playing basketball than a Starbucks Frappuccino. And the LeBron V is known to be one of the bulkiest shoes to hoop in. This is an offensive waste of opposable thumbs, in my opinion. He might as well be walking into the arena holding a pickax and sandals. Actually, even that would be less detrimental. —Jacob

Really not even sure who to award in this pic. So many characters in play here.

Steph is paying homage to B-Diddy, while Riley is supporting her dad in what would surely out-swag any other NBA kid fit (sorry, little CP3) and Ryan tags along. But it’s obvious Ayesha was the brains behind this ensemble. So shout-out to Ayesha for being the first person to earn a spot on ONE37pm’s monthly fits without actually being photographed. —Jacob

Bucks in Six (For the Culture)

D.J. Wilson is low-key one of the NBA’s sharpest dressers, and here he is wearing a turtleneck from Brandon Jennings’s new streetwear line, Tuff Crowd. (Which is not bad for a player line!) But the point of this blurb is to salute the Bucks’ fit IG Bucks in Six, probably the best independent, single-team-specific fit IG. Milwaukee has long been considered one of the most boring-for-players stops in the NBA, so I think it says a lot that the Bucks drip (arguably too) hard even if they do tend to drift toward cozier looks. How’s that for team chemistry? —Corban