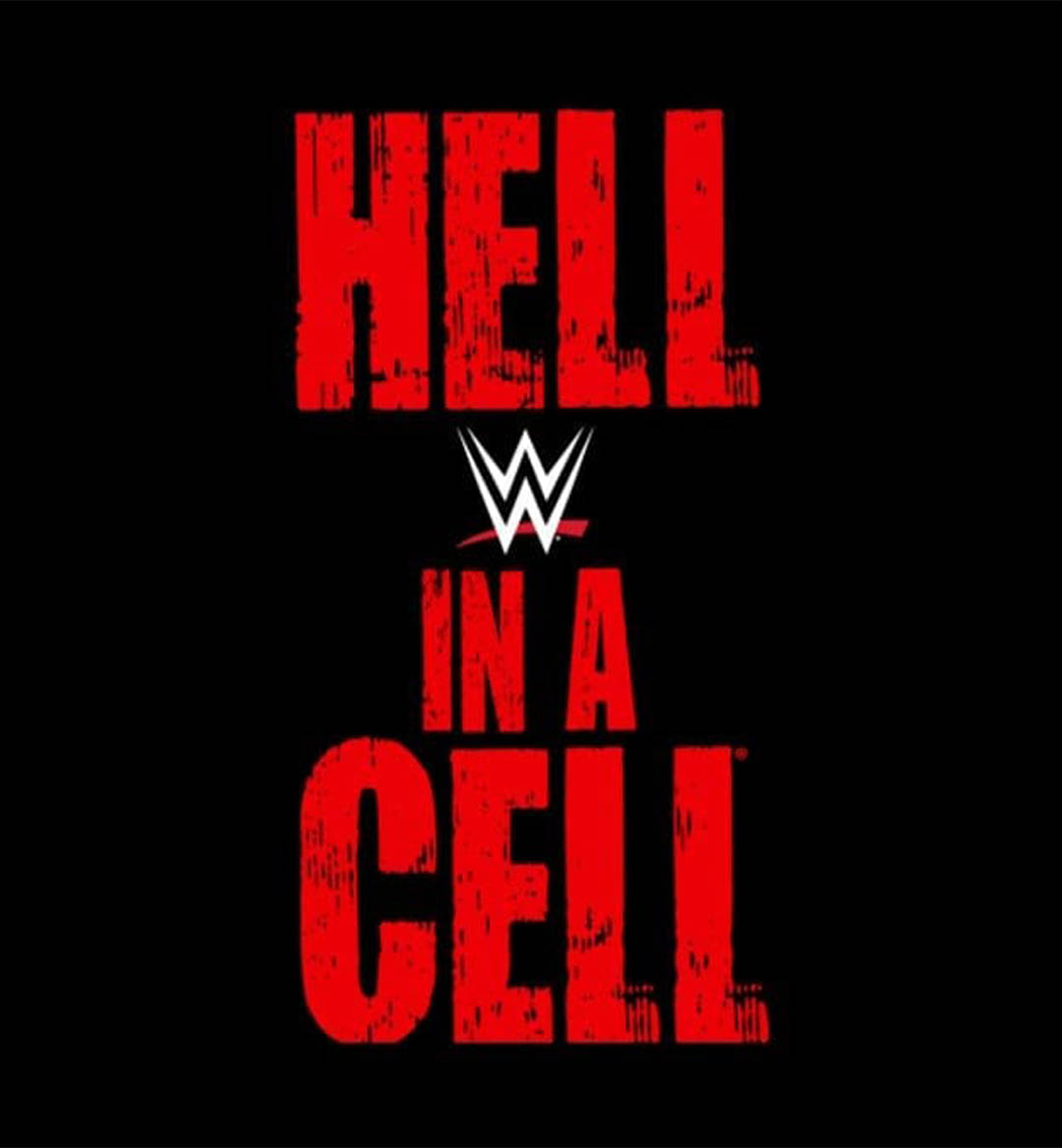 WE'RE HEADING BACK INTO THE MOST DEMONIC STRUCTURE IN ALL OF PROFESSIONAL WRESTLING, FOLKS!

Now the WWE Universe has grown quite accustomed to getting annual Hell in a Cell matches in the summertime instead of the fall. And just like last year, this year's match-themed PPV will transpire in June. The stakes are certainly high since this show is expected to wrap up some major feuds/storylines that have been transpiring since the springtime months. Before WWE goes Ladder Match crazy at July's Money in the Bank spectacular, the men and women of the immense WWE roster will come to blows at the 2022 Hell in a Cell PPV.

So let's get into some fun predictions about all the confirmed matches for this year's June 5 installment of Hell in a Cell.

WWE Hell in a Cell 2022 Predictions 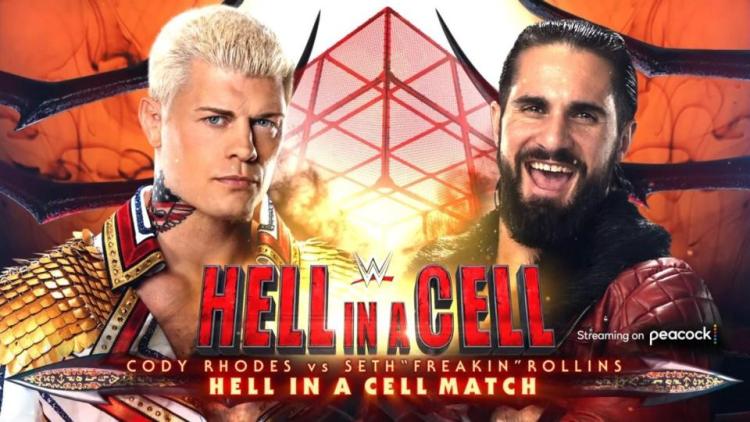 Preview & Predictions: AJ Styles has taken quite the beatings at WrestleMania 38 and WrestleMania Backlash from the darker, more brooding rendition of today's Edge. Now that Mr. Copeland has adopted the name of a throwback WWE PPV for his new cult-like stable consisting of Damian Priest and Rhea Ripley, the "Phenomenal One" has had to adopt some trusty mates of his own to even the odds. Now AJ has the support of his Bullet Club brother-in-arms Finn Bálor and an honorary member in the form of Liv Morgan. Since Styles has taken back-to-back PPV losses, I presume he's due for a comeback win here that'll see him get the winning pin on Edge. And this in turn will lead to a big blowoff match between the two at Money in the Bank in July.

Preview & Predictions: Color me surprised when Mustafa Ali returned from his lengthy hiatus to pop back up on Raw. Color me not shocked at all when he immediately became a weekly punching bag for Theory, The Miz, Veer Mahaan, and Tommaso Ciampa upon his return. Ali has had to jump through so many hopes in order to finally get a shot at Theory's United States Championship. But in the process, he hasn't really been made to look any stronger or even credible enough to present a legit threat to the current US Champ. Theory's still being pushed to the moon these days, so Ali's just gonna pad out the up and comer's win column here with an easy victory. Sucks to be you, Ali...

Preview & Predictions: Now y'all know I couldn't give a rat's ass about anything involving these two men at the moment. This is one of those feuds that'll most definitely get a whole lot of flack by year's end. But you know what? Madcap Moss (god, I hope they change that name soon!) making his comeback in straight black tights is doing a whole hell of a lotta good for him right now. He looks far more badass and more believable, which is why I'm hitching my wagon to him for this big No Holds Barred Match. Moss is gonna put Happy Corbin away for a while by definitively defeating him here.

Preview & Predictions: Confession time, folks - I truly do miss walking with Elias. Say what you want about his wandering guitarist gimmick, but at least it was entertaining as hell watching him crap all over a new set of fans every time WWE came to town. Now he's been forced to ditch all of that to morph into a slight "Macho Man" look-a-like named Ezekiel who swears he's Elias' brother. Whatever, bruh...the man is getting the push of his life right now and that tells me he's going to nab one of those major defining career wins over Kevin Owens here. I wouldn't be shocked whatsoever if Ezekiel ended up getting added to the Money in the Bank Match just to keep his hot streak going.

Bobby Lashley vs. Omos and MVP (2-on-1 Handicap Match)

Preview & Predictions: So here's where we stand as far as this big man beef is concerned - Bobby Lashley won at WrestleMania 38 and got the win during a Steel Cage match on a recent episode of Raw, while Omos prevailed at WrestleMania Backlash. So right now, Bobby has the upper hand in the win column. Which means he's clearly gonna take the L here, especially since the odds are heavily stacked against him now. I feel like MVP is gonna bring his trusty cane into the picture to weaken Bobby long enough for Omos to land the finishing blow for the win. And with Bobby and Omos tied at two wins apiece following this bout, we're due for a big tiebreaker sometime in the near future on Raw.

Preview & Predictions: "The Empress of Tomorrow" is finally back in the swing of things on Monday Night Raw! And upon her much anticipated comeback, she dealt a heavy blow to Becky Lynch by beating her (with a proper assist from her dangerous Green Mist!) and gained herself a match against the WWE Raw Women's Champion in the process. But then a week later, Becky forced herself back into the title fray by getting a shocking win over Asuka! Now the stakes have been raised to a much higher degree.

Bianca Belair is a regular highlight of Monday Nights and especially when she's given the time to do her thing on the PPV stage, so I just know this Triple Threat Match will slap! Now I love me some Asuka and it'd be cool to see her reign with the Raw Women's Championship again. But I'm more of a realist than an optimist these days. I know Asuka was brought back to give Bianca a valid challenger to overcome in order to add more validity to her title reign.

Asuka's going to take the pinfall loss here, which will most likely give Becky an excuse to get herself a rematch with the champ since she wasn't pinned here. It's only right we get that WrestleMania 38 runback at Money in the Bank in July!

Preview & Predictions: WWE Feud of the Year right here? I'm of the belief that it's easily going to take that honor once 2022 comes to a close. Cody Rhodes' return to WWE has been a smashing success thus far - he's competed in good to great matches with a myriad of Raw's top superstars, delivered his usual brand of heartfelt promos, and gotten the crowd back in the palm of his hands (which is a far cry from the fan reaction he garnered during the final days of his AEW run).

Cody's biggest rival during his second WWE run thus far has been Seth Rollins, who has provided the "American Nightmare" with an amazing in-ring dance partner. So far, Seth has taken two major L's to Cody in back-to-back PPVs. And to be quite honest with you all, he's clearly being put back in the ring with Cody here to take yet another big loss. In probably the best match of this amazing feud, Cody will prevail once more on his way to probably being included in the Men's Money in the Bank Ladder Match in July.

This feud is so reminiscent of Batista and Triple H's rivalry from 2005 - the conquering hero overcame the dastardly heel three times in a row on PPV. Cody's clearly in Batista's position, which is why I'm choosing him as the victor here.