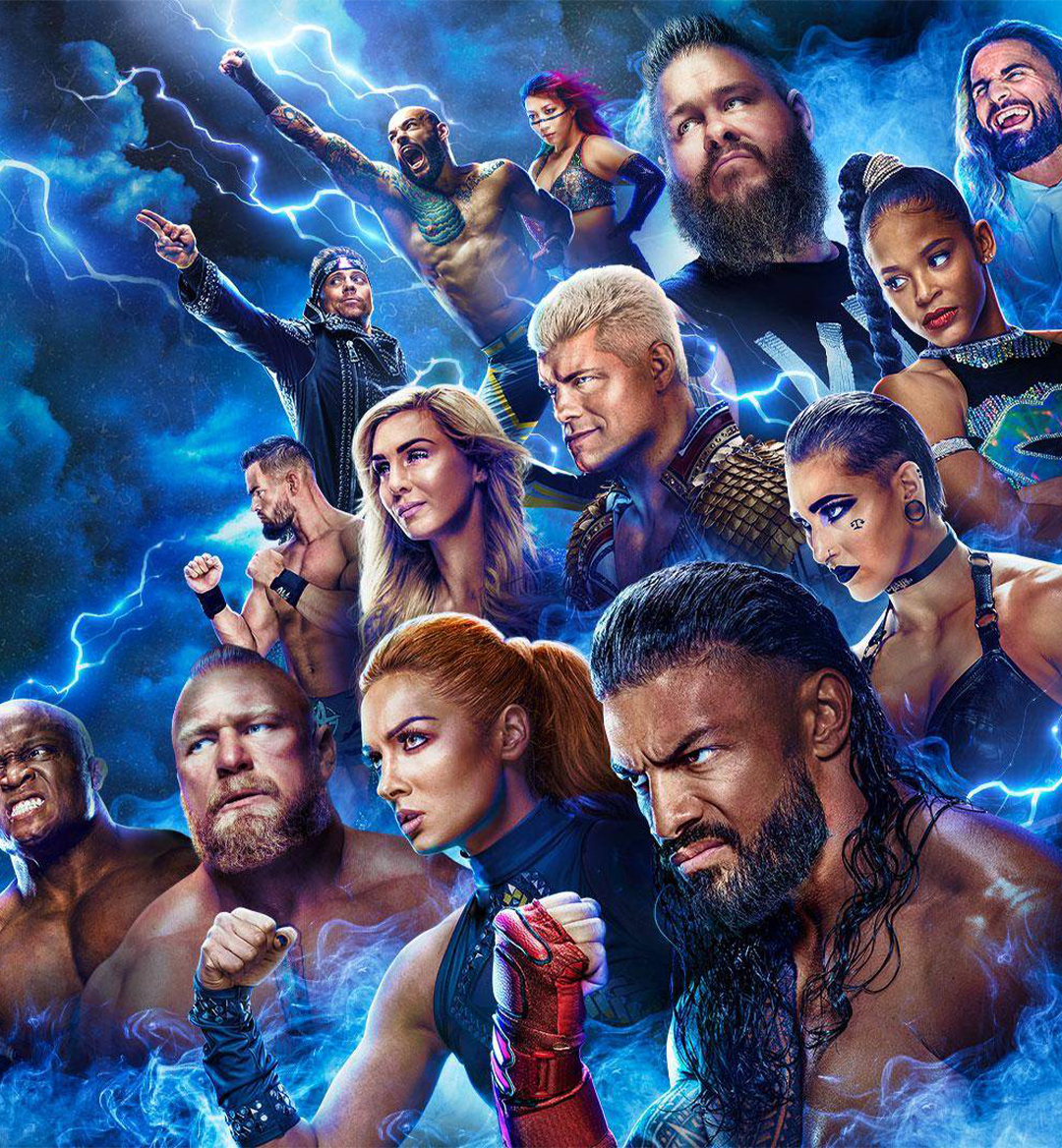 5...4...3...2...1! *cue buzzer sound* Wrestling fans worldwide already know what that countdown is alluding to - the annual Royal Rumble PPV. Current main roster superstars, NXT up & comers, beloved legends, and shocking surprise entrants pop up during this time of year to participate in the most star-studded battle royal in all of wrestling. In its current stage, 30 men and 30 women compete in their respective Royal Rumble match to become the ultimate victor and secure a world championship match. And as always, that match is planned to be on the biggest stage of them all at WrestleMania. Come January 28, the WWE Universe will take over the Alamodome in San Antonio, Texas to watch history unfold. With that being said, here are my personal WWE Royal Rumble 2023 predictions. 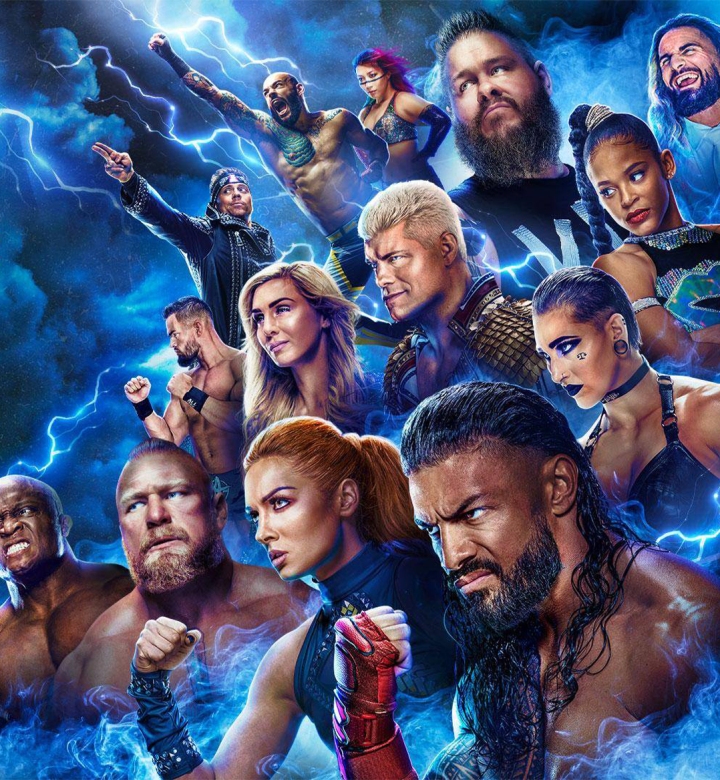 Preview & Predictions: Bray Wyatt and his head-scratching antics are back in style in WWE these days! And to be honest with you all, I'm not the biggest fan of it. All those mysterious riddles and teases that are hidden within your average Wyatt promo have long outlived their entertainment and shock factor for me, sadly. But I'm one of the biggest LA Knight (YEAH!) fans in the world, so I'm pleased to see him jawing back and forth with the former "Fiend" on the mic these days. The promos between both men have been decent and the allusion to Wyatt having enemies & possible allies within his own soon-to-be-revealed stable has pulled this feud along in an intriguing direction.

Now here's the biggest question of all - what the hell is a "Pitch Black" Match? Are we to expect a bout where the whole arena goes dark while a single shining spotlight illuminates the ring so we can actually see what Wyatt and Knight are doing? If that's the plan, then that plan honestly sucks. I'm of the opinion that Wyatt and Knight can produce a solid match with basic rules - I'm just not sure they can do it within the confines of this new mysterious specialty match. Since this is Wyatt's first in-ring performance on PPV since returning to WWE, he's clearly going to come out on top here.

Preview & Predictions: Alexa Bliss has embraced the dark side once again! The spooky vibes have returned in full thanks to the influence of Bray Wyatt and the mysterious "Uncle Howdy," who has found a way to influence both Bray and his former female associate. Ever since Bliss caught the ire of Bianca Belair, Bliss has reverted back to her more savage self and assaulted the Raw Women's Champion on multiple occasions. Now both women are most likely going to settle their beef for good at this year's Royal Rumble.

Now you'd think with all the madness going on with Uncle Howdy and Bliss, she'd come out on top and ultimately represent Bray's newfound stable as the Raw Women's Champion. But I just can't see that outcome coming to fruition. I'm highly confident that Belair is walking into WrestleMania 39 with her title still intact, which means I'm predicting a devastating loss for Bliss here. Will Uncle Howdy or even Bray pop up here in some fashion to impact the outcome? Perhaps. But even still, I still can't see Bliss emerging as the victor here.

Preview & Predictions: You know what WWE trend I'm actually a huge supporter of? Roman Reigns and Kevin Owens beating each other silly over a major championship at the Royal Rumble PPV. So far, we've seen these two gentlemen go to war at the 2017 and 2021 Royal Rumble events. And now for the third time, they're going to butt heads and contend for ownership of the Undisputed WWE Universal Championship. What makes this matchup a bit different is the element of The Bloodline, which happens to include Owens' mortal ally/enemy Sami Zayn.

So I get the feeling that some extra bodies are going to play a huge role in how this title match unfolds. Owens' allies, which I'm expecting to be Drew McIntyre, Sheamus, and the rest of The Brawling Brutes, will have to run in on his behalf to fend off Reigns' backup. Speaking of all that backup, I'm fully expecting Zayn to accidentally rock Reigns with an errant Helluva Kick and have the crowd come unglued from his mistaken attack. That incident will lead to a huge near-fall pin from Owens that'll have us all biting on him possibly dethroning the "Tribal Chief."

But it will ultimately be all for naught as Reigns will eventually recover and defeat Owens in a bid to retain his two beloved titles. And due to Zayn's error, I'm expecting it to play a huge part in his inclusion within the Elimination Chamber match at the self-titled PPV in Montreal, Quebec, Canada.

The #RoyalRumble is almost here!

Preview & Predictions: Alright, let's talk about the Women's Royal Rumble first! When I think about my first ballot pick for this year's winner, my heart and brain immediately go to the name Rhea Ripley. She presents the best-case scenario as Bianca Belair's marquee foe for WrestleMania 39.

Both women put on a banger back at 2020's NXT TakeOver: Portland event, so I know they can produce something equal to that match or even better on the grandest stage of 'em all. Ripley's the most interesting woman on the WWE roster right now thanks to her heel shenanigans alongside The Judgment Day and is due for a women's title shot. So when we're talking WWE Royal Rumble 2023 predictions, Ripley gets my pick for the 2023 Women's Royal Rumble winner.

Now as far as surprises go, I'd love to see WWE crack open the "forbidden door" the same way it did for Mickie James the year prior. Wouldn't it be cool if New Japan Pro Wrestling's Kairi got to participate in this year's Rumble? NJPW owes WWE a favor for getting Karl Anderson onto its Wrestle Kingdom 17 card, so this surprise entrant could fulfill that deal. And hey, maybe Naomi will finally make her grand return here too! Chelsea Green, Beth Phoenix, and Jazz are also potential surprises that could appear here as well.

Preview & Predictions: C'mon guys...YOU ALREADY KNOW WHO'S WALKING AWAY AS THE WINNER HERE! We all knew before he was officially confirmed for the match and his winning was practically locked in as soon as he announced his in-ring return. Good old Cody Rhodes aka the "American Nightmare" will create his biggest WWE moment to date when he eliminates his final foe to win the 2023 Men's Royal Rumble Match. This one's a given, folks!

As for what will happen during the rest of this match, I can totally see The Bloodline working together to eliminate most of the competition for their "Tribal Chief" Roman Reigns. At some point, they'll all be eliminated... except for Sami Zayn. I get the feeling that he'll last until this match's Final Four lineup. Brock Lesnar will pop up here and get into it with Bobby Lashley once again, which will likely set up their tie-breaking encounter at WrestleMania 39.

And on the surprise entrant front, I think we're gonna be treated to the following - Pat McAfee, Logan Paul, Booker T (WE'RE GONNA BE IN HIS HOME STATE OF TEXAS, AFTER ALL!), Matt Cardona aka "Zack Ryder," and the great Stone Cold" Steve Austin. The roof is going to blow off the Alamodome when that glass breaks, I'm tellin' you!