WWE Salaries: How Much Do Wrestling’s Biggest Stars Make?

Here's who makes what 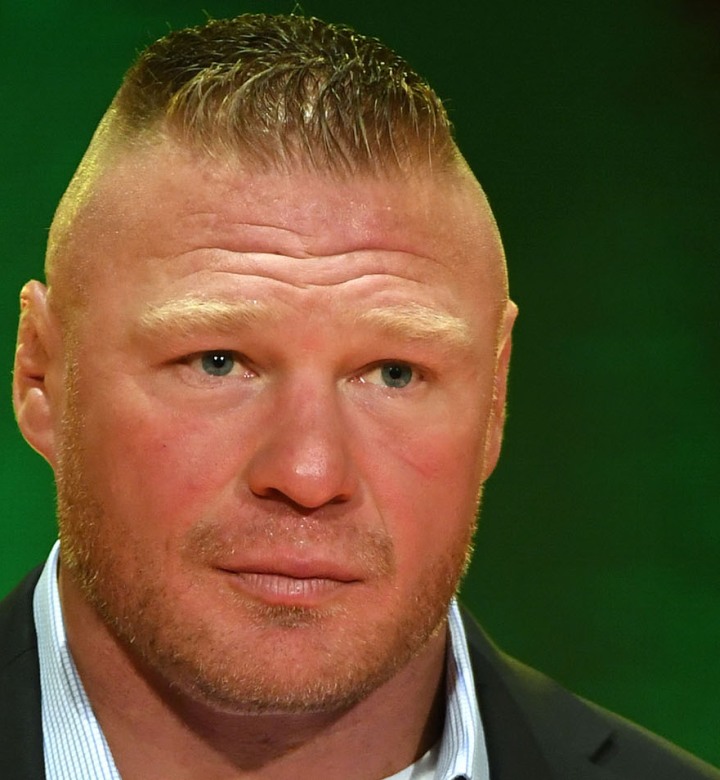 Pocket watching is frowned upon for no good reason, if you ask us. There’s simply nothing wrong with knowing how much your favorite entertainers make from their chosen profession. And it’s pretty inspiring to learn about the massive salaries famous individuals bring in and also apply their work ethic to your daily regimen.

From the athlete side of the entertainment spectrum, professional wrestlers are known for bringing in the big bucks. Today’s current crop of contracted World Wrestling Entertainment superstars are in a high tax bracket, which should come as no surprise.

The WWE personalities you catch via Monday Night Raw and Friday Night SmackDown weekly earn their pay and then some. WWE superstars who find themselves in the limelight can rack up a seven-figure salary that’s a combination of their base salary, merchandise sales, PPV bonuses and various revenue streams. As you'll notice, no female wrestlers have made the salary shortlist, but positive change in that category is near thanks to the universal popularity of athletes like Becky Lynch.

The following lineups of WWE talents are some of the biggest stars in all of wrestling. And thankfully, their bank accounts are proof of that fact. These numbers are based on information obtained by Express and Forbes.

The former UFC Heavyweight champion mainly plies his trade in WWE these days. Vince McMahon’s fascination with legit badasses goes a long way toward making sure Brock Lesnar is taken care of financially in the best way possible. Lesnar is a part-time who has the best deal going with his much easier road schedule. He knows his worth and obviously uses his UFC credentials to net himself a bigger deal with WWE each time he re-signs.

Even though John Cena is rarely seen on WWE television nowadays, he still manages to net one of the larger salaries in the company. John pops up for special appearances from time to time, which probably costs a pretty penny to book. Besides his one-off guest spots, Cena plies his trade in Hollywood as the next wrestler turned movie star to blow.

WWE fans simply adore the man, which is why they keep John’s pockets full via his record-breaking merchandise sales.

The undisputed face of the company is the Samoan “Big Dog,” Roman Reigns. McMahon has thrown everything into making sure Reigns is seen as the Hulk Hogan, “Stone Cold” Steve Austin and John Cena of the current WWE era. Besides his fruitful wrestling career, Reigns has dabbled in Hollywood and starred alongside his Samoan brethren Dwayne “The Rock” Johnson in 2019’s Fast & Furious: Hobbs & Shaw. Since returning to the ring from his latest battle with leukemia, Reigns has stepped back into his position as a top-earning babyface.

“The Viper” has certainly earned his veteran status with the company that placed him in the sports entertainment limelight. That sought-after position has pushed him to the top of the card and classified him as one of the top earners in the company.

Since debuting with WWE in 2002, Randy Orton has earned plenty of championship accolades and earned himself marquee matches across WWE’s biggest events. Judging by the way WWE treats the master of the RKO, it doesn’t look like he’s leaving them anytime soon.

Before 2016, seeing AJ Styles in a WWE ring seemed like nothing more than a far-flung fantasy. When he shocked the world by showing up at the 2016 Royal Rumble, that dream morphed into a satisfying reality. Since then, Styles has morphed into one of WWE’s most reliable in-ring talents.

“The Phenomenal One” can work face or heel and can always be relied upon to deliver a quality match with anyone he’s chosen to work with. Styles has made it clear that he’s retiring in the very same company he currently works for. WWE knows this and goes out of their way to pay him handsomely before he leaves the squared circle for good.

Monday Night Raw’s number one Superstar is without a doubt Seth Rollins. A lot has gone into building Seth into one of WWE’s most recognizable talents and bankable stars. Rollins has come a long way from his days as NXT champion—his main roster work alongside the Shield and the Authority, plus his current role as a championship-worthy singles star have morphed him into a future Hall of Famer. Rollins’s main event level presentation and work have given him the chance to earn the massive salary he deserves.

“The Game” might be getting up there in age, but he still finds time to revert to his glory days by dusting off his gear and competing at WWE’s biggest shows. Along with his rare in-ring performances, Triple H handles his duties as a significant backstage figure as chief operating officer. His corporate duties and his part-time role as an active competitor are the main reasons why he stands tall amongst WWE’s highest earners.

“The Phenom” has been around for ages. Countless matches against the very best WWE has to offer, fresh gimmick changes and an aura that every sort of wrestling fan appreciates have made The Undertaker a bonafide legend in their eyes. McMahon clearly appreciates one of his oldest and most recognizable stars, which is why he calls on his services for WWE’s massive Saudi Arabian events. The Undertaker still finds the will to go in the ring when called upon, which means he’s always open to competing in big PPV matches and adding more dead presidents to his “tomb.”

Michael Gregory Mizanin, who’s better known as “The Miz,” has stepped into his role as WWE’s most marketable star quite nicely. While still an active competitor, The Miz racks up even more funds thanks to his outside Hollywood work. The Miz has starred in WWE Studios-produced films, an ABC Family TV movie and even his own reality TV show, Miz & Mrs. WWE’s must-see superstar is a reliable spokesperson for the company and does a great job of representing them in the most positive light possible. He deserves every bit of the money he brings in for WWE.

WWE’s undisputed “Monster Among Men” went from one of the more lackluster members of The Wyatt Family to a main event worthy behemoth. Braun Strowman’s transformation into one of WWE’s most lovable giants has placed him in major matches with Lesnar, Reigns and even world champion boxer Tyson Fury. It’s quite evident that WWE regards Strowman as one of their main event caliber talents. His current salary is certainly reflective of that sentiment.