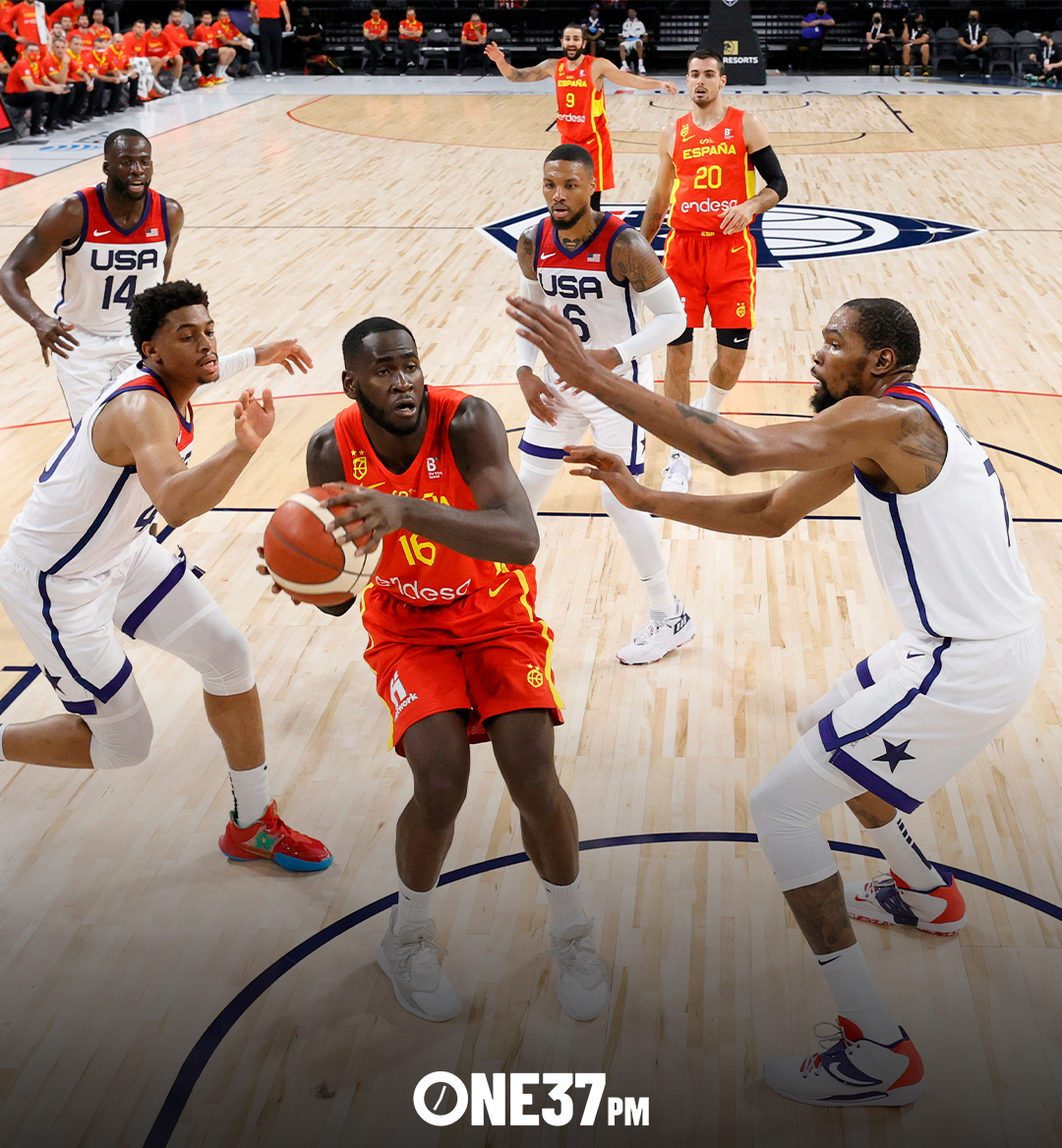 Like the front page of a newspaper (remember those?), the NBA Draft packs the most important action at the top. Broadly speaking, the expected value and importance of a pick declines as the draft recedes into its later stage—if a player is chosen with the 24th pick, there’s a reason that 23 players were selected ahead of him.

Still, what makes this year’s edition so fascinating is its relative flatness. Sure, the likes of Cade Cunningham and Evan Mobley are considered franchise-changing players, but there’s surprisingly little difference this year between the eighth and 38th picks. More than perhaps any other year, teams will have to navigate a minefield of hidden sleepers and busts, hoping that they can provide an environment where players can actualize their potential. Below, the best draft picks to keep an eye on—after the jump.

Across all sports, chicks dig the long ball. As such, Usman Garuba’s game is remarkably unsexy. Although the 19-year-old forward is a defensive genius, Garuba has been largely unappreciated because his offensive skillset doesn’t really exist in any practical sense; he has shown flickers of three-point shooting and short-roll passing during his time with Real Madrid (arguably the best team outside of the NBA), but those are largely theoretical for now.

Still, Garuba is undoubtedly worth a lottery pick because he’s the best defensive prospect in this year’s draft and just about any other year’s too. Standing 6’8” with a 7’2 wingspan, Garuba plays with a coiled, focused aggression, rotating so quickly, it’s as though he materialized from the ether to contest a shot or corral a drive. He’s the rare teenager who plays defense on both an intellectual and physical level—most players with his positional intelligence developed it as a way to compensate for athletic shortcomings; most big men with his quickness and explosiveness don’t need to develop his foresight. Thanks to his defensive excellence, Garuba has been a productive pro player in Europe for the last three seasons and will be an even more successful one in America for the next decade.

According to a certain crotchety class of the college basketball intelligentsia, Jalen Johnson is evidence of everything that’s wrong with kids these days: after only 13 games at Duke, he abandoned his teammates and Coach K to pursue personal glory. Plus, he was expelled from IMG Academy in January of his senior year of high school. To detractors, he’s selfish, a quitter, a bad egg. Really, he’s none of those things—he left IMG because he was allegedly caught smoking weed (the horror) and he left a very bad Duke team so he could rehab a foot injury and prepare for the draft.

Unfortunately, this nonsense has eclipsed the one undeniable truth about Johnson: he’s a stupendous player. In terms of pure talent, he’s conservatively one of the seven best prospects in this class, even if his draft position reflects otherwise. He’s a big, powerful athlete who can dominate the rim on both sides of the floor; he’s dynamic in transition, creating quick, easy offense; he dribbles and passes with grace that belies his size. Aside from a wonky jump shot and a defensive intensity that fluctuates like cryptocurrency, Johnson is what a modern power forward should be.

If, like figure skating, basketball awarded extra points for degrees of difficulty, "Bones” Hyland would be one of the greatest scorers alive. Instead, he’ll have to settle for just being one of the best scorers in this draft class. A 6’3” guard from VCU, Hyland is the draft’s best and most daring shooter, averaging 19.5 points and making 37 percent of his eight three-point attempts per game during his sophomore season. While he doesn’t have the highest three-point percentage, Hyland is unique in that he can maintain remarkable accuracy even on a hearty helping of astoundingly hard unassisted attempts—it’s one thing to drain open looks when you’re standing still in the corner and another thing entirely to splash contested shots off the dribble from so far away that even your defender daps you up.

Accordingly, it’s hard to imagine any scenario where Hyland isn’t at least a useful player, even if he cannot overcome his weaknesses; he may never put on enough weight to become a true deterrent to burlier guards or muster the required playmaking oomph to be a full-time point guard in the NBA, but his elite, versatile shooting at once guarantees a high baseline level of goodness while also heralding the possibility of future stardom. But aside from any hazy armchair augury of how his talents will translate to the next level, Hyland is ultimately a prospect to watch out for simply because he’s so much fun to watch.

Okay, let’s get weird with it. Vrenz Bleijenbergh is a Belgian 6’11" point guard/shooting guard/small forward/power forward/center who plays like he learned to play basketball from YouTube mixtapes. Conventional wisdom says that 6’11" players aren’t supposed to toss 30-foot lobs with one hand or dribble between the legs for a stepback three; Bleijenbergh laughs in conventional wisdom’s face.

Playing for the Antwerp Giants in last year’s EuroCup (basketball’s equivalent to soccer’s Europa League), he averaged 9.4 points (on 7.6 shots), 3.1 rebounds, and 2.4 assists per game, demonstrating that he’s a legitimate player and not some freakshow novelty act. Despite his rare and obvious talents, though, he hasn’t gained much traction in mainstream draft coverage—ESPN projects him to go undrafted and other prominent mock drafts have him no higher than 48th. Granted, there are genuine mechanical concerns—namely that he looks like Flat Stanley and he’s so tall that his dribble is high enough for a medium-sized child to comfortably walk under—but, like, come on: what he’s doing is almost without precedent. It’s a mystery whether Bleijenbergh’s mind-expanding psychedelic stylings are compatible with NBA stardom or even NBA mediocrity, but either way, investing in him is a trip worth taking.