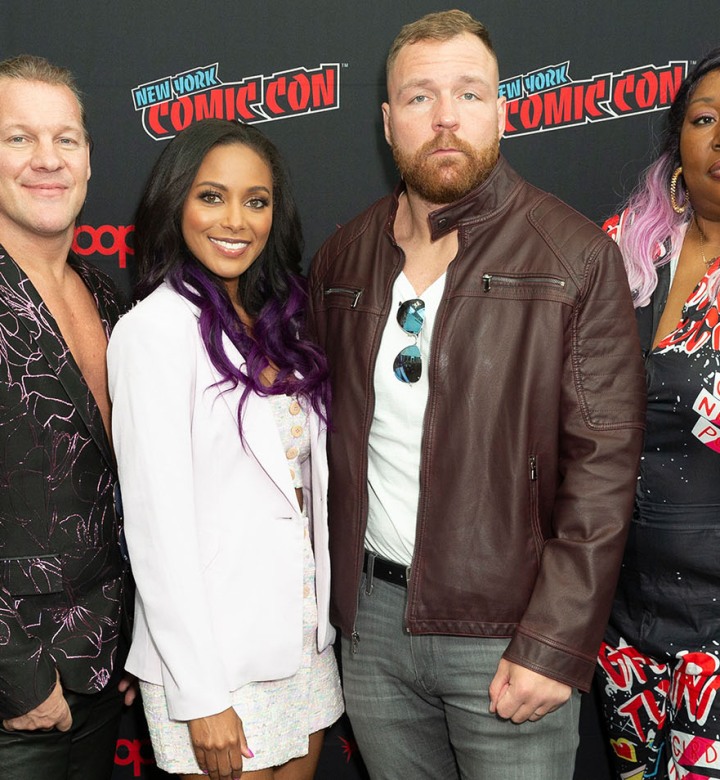 In the first month since the burgeoning brand’s TV debut, All Elite Wrestling has consistently surpassed the WWE in ratings, although the margin by which they’ve defeated their rival has been steadily slipping. The excitement for a potential industry revolution catalyzed by All Elite Wrestling has been invigorating, but keeping up that kind of enthusiasm will be an immense challenge for Tony Khan and Cody Rhodes’s team. With AEW: Dynamite already beginning to drag a bit, it’s a striking peculiarity that the company’s bonus content is actually besting the main show in both diversity and quality. AEW Dark, a short YouTube program released for free every Tuesday, might be the more exciting product.

In wrestling slang, “dark matches” have referred to usually un-televised bonus fights, offered as an extra attraction for a live audience. In the age of digital streaming services, these matches sometimes later get put up on YouTube or exclusive networks for the sake of creating a ceaseless stream of content. And while many of these dark matches—especially on WWE, where they’re often collected into sub-par episodes of a little-watched show ironically titled “Main Event”—are sometimes afterthoughts, AEW has used these bouts to establish character-building feuds and introduce new personalities that haven’t yet made their way to television.

AEW: Dynamite has spent a considerable amount of screen time building story lines for its biggest stars, most of whom have been imported into this new narrative world from companies like New Japan Pro-Wrestling and WWE. While these bigger names are huge draws for new audiences, AEW writers haven’t done the best job of establishing their characters’ motivations or backstories. Because the show is new, it’s logical that they’d utilize their most well-known talent to court viewers, but this strategy is already starting to show diminishing returns as fans hunger for new faces, which have remained off the small screen—for now. When names like Kenny Omega and Joey Janela do appear on AEW Dark, they’re often putting on fights that match the quality of what’s on Dynamite, but it’s nonetheless clear that newer wrestlers are waiting in the wings for their chance to shine.

Meanwhile, AEW Dark has been slowly growing fan bases for the company's undercard talent. The rationale for keeping relatively less experienced stars like Sadie Gibbs, Penelope Ford and Nyla Rose solely on YouTube (again, for now) makes sense in theory, but it’s disappointing to see so many exciting young athletes relegated to the B show. Sonny Kiss is another example of AEW talent who hasn’t been featured on Dynamite just yet, although he’s quickly becoming one of AEW’s fan favorites, pissing off many trollish detractors along the way. The roar of the audience every time he appears on Dark is noticeably loud. It’s almost like, despite touting inclusivity as a selling point, some executives are needlessly nervous about the potential audience reception of an openly queer person on a bigger stage.

AEW Dark also seems to be serving as a bit of a proving ground for potential signees, as was the case of Big Swole (aka Aerial Monroe), a former Mae Young Classic competitor who appeared as a guest on the show. Swole was offered a contract as a result of fan enthusiasm immediately after her match. Whether other stars like Shazza McKenzie (another beloved indie talent who recently appeared on Dark) are being tested similarly remains to be seen. But this creates an exciting aura around the lesser brand. Fans are beginning to wonder each week: Who might AEW sign next? (By the way: if you’re noticing a lot of women’s names in this article, that’s because AEW Dark has also been more consistent in showcasing excellent women’s wrestling than Dynamite.)

The overall aesthetic of Dark is no different from Dynamite but with subtle differences. For example: The commentary team on Dark has swapped out the legendary Jim Ross for special guests like Taz and MJF, the latter of whom showed a strikingly natural and prodigious talent in that role by never breaking his arrogant heel character while simultaneously hyping up every person in the ring.

In terms of numbers, Dark has been considerably less popular than Dynamite, which is a shame. The first episode and second episodes hovered around 1 million views, but subsequent ones have about half that. Both Dynamite and Dark are barely a month old, so it’s hard to discern AEW’s long-term strategy. It’s clear, however, that Dark is just as important, if not more important, to the big picture of what AEW is hoping to accomplish, even if it’s being positioned as a kind of subsidiary. Now that AEW’s first PPV since debuting on TV has come and gone—with every champion retaining—one can only hope that the talent from Dark will start getting title shots. Otherwise, audiences will likely get sick of seeing the same group of people every week.