‘Dynamite’ had its moments. How does it stack up to WWE's programming? 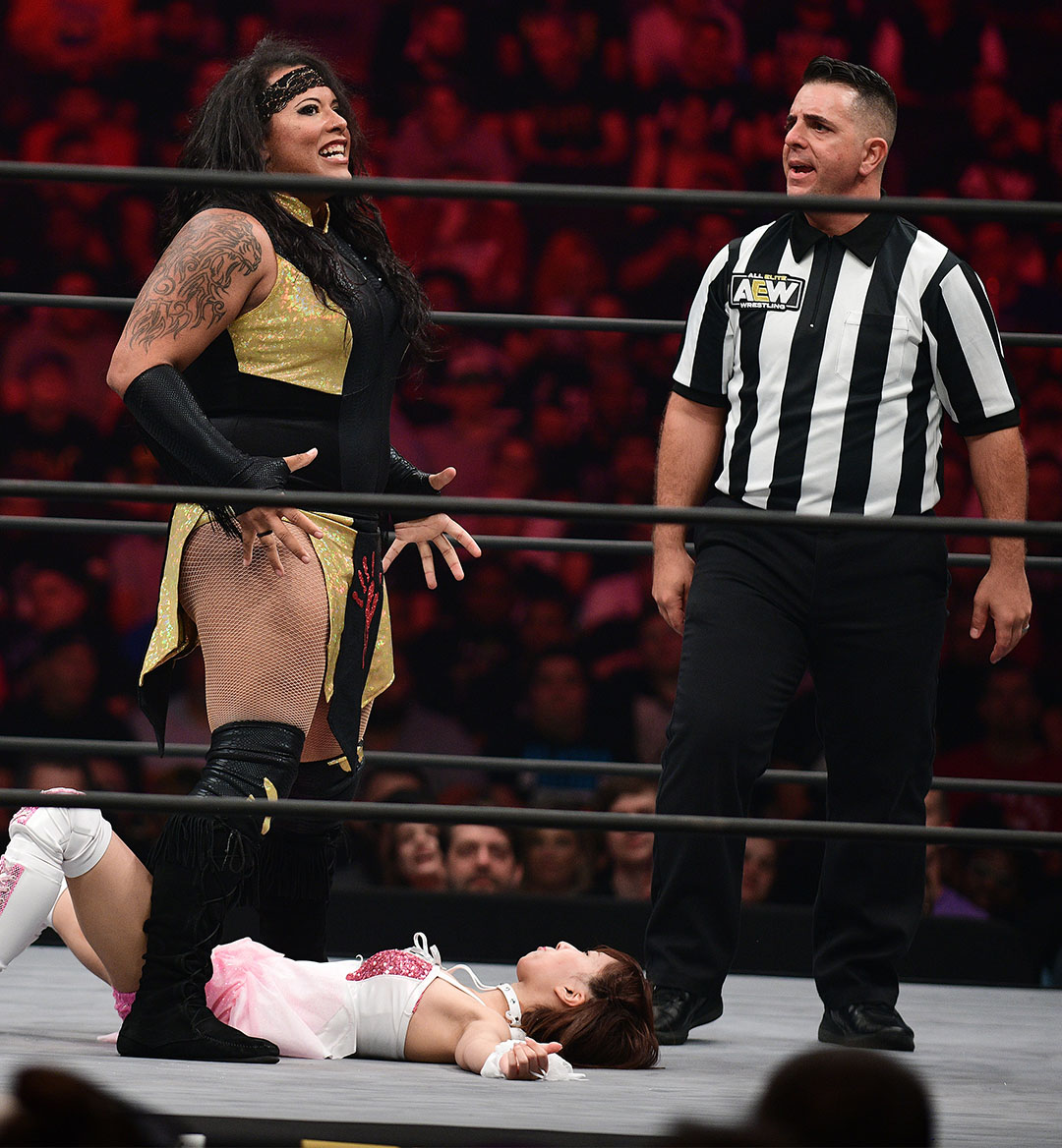 t’s not an exaggeration to say that on Wednesday night, pro wrestling entered a new era. The pot had been simmering for at least a year, as rumors of disgruntled WWE performers shirking their contracts with plans to form a new league heated up on the internet. The tensions have now boiled over: All Elite Wrestling debuted its weekly television program at the same time WWE moved its more minor brand to a rival network — at the same time slot.

After being positioned as the first legitimate challenge to WWE in years, All Elite Wrestling: Dynamite has already been declared the winner of the first round in what is likely to be a series of battles between the new brand and its older, more conservative rival. The new show quite pointedly trounced NXT in ratings.

But as far as the future of these two companies goes, nothing could be less certain.

The first show was a mixed bag. Filled with startling disappointments and unparalleled excitement in equal measure, perhaps AEW has less of a coherent plan than had previously been assumed.

Let’s start with the bad: Nyla Rose’s loss to Riho was the biggest letdown of the night. The match, which by any standard was the best of the card, probably should have been the main event. The fight did a good job of setting up long-term storylines for the future; there’s no question both women will someday be hailed as legends.

But if AEW wants to position itself as a younger, fresher alternative to WWE, there would have been no better way to do this than by establishing Rose, who is transgender, as their first women’s champion. This is a missed marketing opportunity — LGBTQ media would have been feverishly competing to cover such an accomplishment — that could have potentially reached new demographics. In one fell swoop, AEW could have easily proven it wasn’t disingenuous when it came to its heartfelt statements about diversity, thus positioning itself as the more progressive of the major wrestling companies, daring to go where WWE simply won't.

First AEW Womens champion?? Thank you so much, everyone ??#AEWWomensTitle#AEW
#AEWDynamite pic.twitter.com/37QnSPphH0

The surprise appearance of Jake Hager (fka Jack Swagger), a former WWE superstar and MMA fighter who does not attempt to hide his right-wing and anti-trans politics, as the conclusion of the show further established that perhaps AEW would be less of a safe space for minorities than they had previously espoused. On top of that, AEW Executive Vice President Cody Rhodes has repeatedly stated he didn’t want his company becoming a repository for absconded WWE personnel — yet he consistently has positioned former WWE talent (Hager, Chris Jericho, himself, Jon Moxley and PAC) as the biggest stars of his new show.

The production’s biggest flaw was that it felt like more of the same. A casual fan or outsider would have trouble telling AEW apart from WWE programming — they’re mostly indistinguishable to the untrained eye. Dynamite’s aesthetic wasn’t particularly distinctive (although the splashes of color were a welcome change), and the music throughout was the same butt rock so beloved by Vince McMahon. The editing style and general visual presentation were more than familiar. If AEW wants to draw in new eyes, they’ll have to do much more to make their product look and feel different, because a simple TV-14 rating (as opposed to WWE’s PG rating) isn’t going to cut it. Similarly, Dynamite seemed to be an episode from the middle of the season and not enough work was put into explaining these characters’ backstories or why we are supposed to care about them, something simple video packages could have been helpful for newbies.

But it wasn’t all bad. For a two-hour show, the pace didn’t slow down for a second. The opening match between Cody and up-and-comer Sammy Guevara revved audiences up, followed by what was essentially a squash match in which MJF easily defeated underdog Brandon Cutler. PAC and Adam Page was about as straightforward as it gets, with the former claiming a victory. Audiences were not remotely tired by the time the second half of the show rolled around, which contained the aforementioned women’s title match and a six-person tag team bout with The Young Bucks and Kenny Omega fighting against LAX and Jericho that devolved into complete chaos with run-ins from Moxley, Guevara and Hager as a kind of curtain call.

In its pacing, Dynamite resembled NXT far more than Raw or SmackDown in that the focus was primarily on in-ring action, with little time between bouts for backstage banter, time-killing comedy segments or other inanities. The fights were followed by more fights, and things moved along swiftly. The stories being told were less about soap opera-style interpersonal melodrama and more about the desire to be the best athlete in the building.

And the audience that was watching couldn’t have been better. Every match received the exact appropriate responses to the stories being told — faces were cheered, heels were booed. They seemed more enthused by the women’s bout than anything else, which is a rarity.

The talent level and range of fighting styles presented on Dynamite is also simply incomparable to any other TV wrestling show. Lucha libre, joshi puroresu and American hardcore all make appearances on the program with varying emphasis. By scouring the world for the best-underutilized stars, AEW has indeed put together a truly deep roster filled with compelling, young and good-looking athletes that can appeal to a plethora of potential audiences. They have the potential to be legitimately cool — something that wrestling hasn’t been for more than a decade. And despite the relatively small profile of many of these new characters before they landed on TNT, no one looked even remotely weak (Cutler aside).

Is AEW trying to stand on its own two feet before departing from a well-worn formula? Will it change up the style of the show once more characters are introduced? Will the oversaturation of wrestling impact their numbers once the excitement dies down? Will they be able to keep up this momentum? None of these questions has a clear answer for the moment, but if the first episode of Dynamite is any indication, AEW will be a fun — but not necessarily revolutionary — departure from what we’ve gotten used to in WWE.