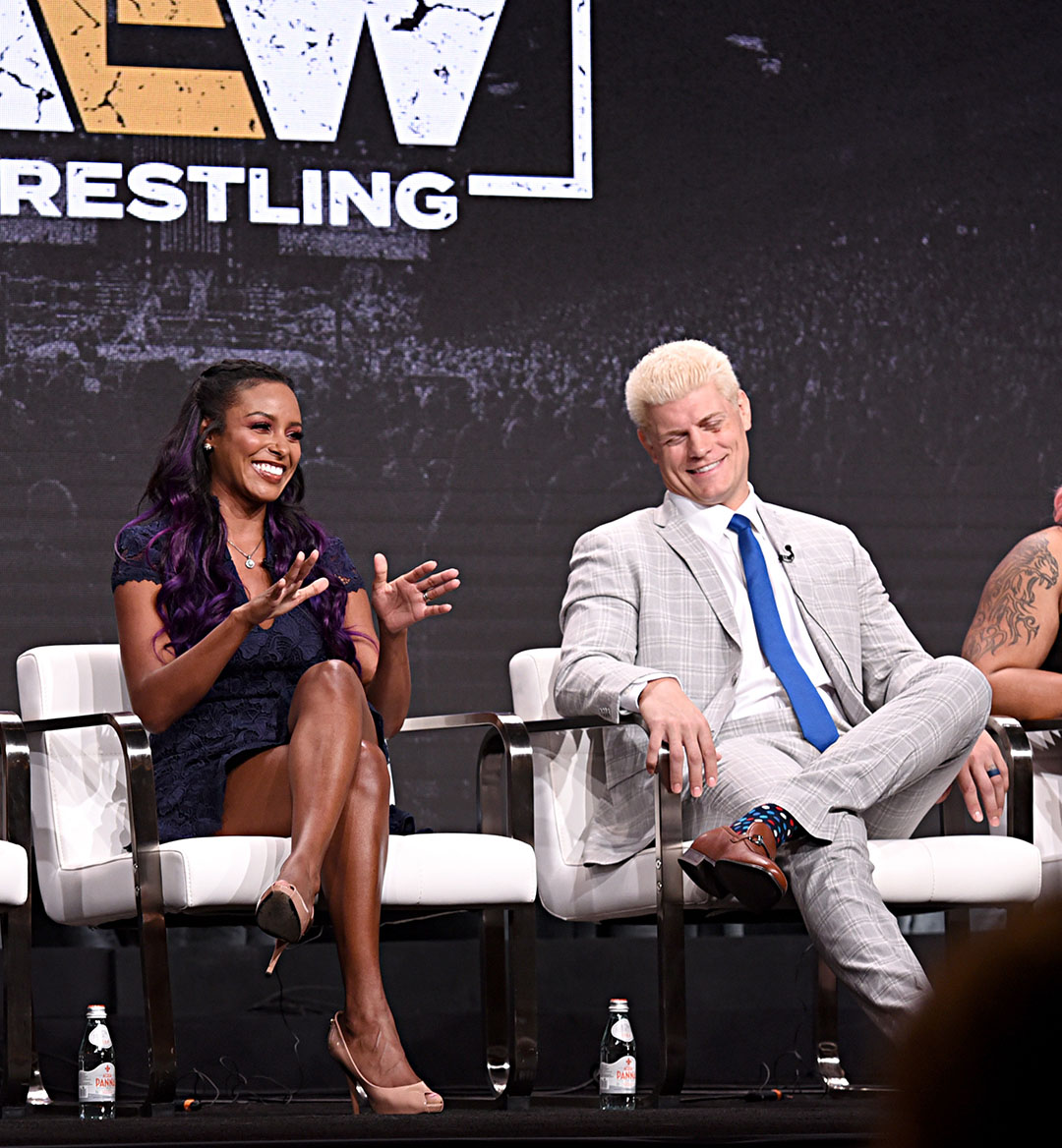 Much has been said about All Elite Wrestling’s lineup of contracted male and female competitors.

On the positive side of this heated debate, fans have applauded the up-and-coming wrestling company for building a roster of independent wrestling’s best-known talent. Alongside those fresh individuals is a host of seasoned veterans with experience and international appeal. But fans have also lobbied complaints because they’re unconvinced that AEW can maintain its hot streak for long. Those naysayers have voiced their concerns over the company’s lack of larger athletes and an overabundance of smaller-sized wrestlers. Both sides have some valid viewpoints that we’re sure AEW is paying close attention to.

All Elite Wrestling has many ready-made stars competing for them. But as the years pass and big-name superstars become free agents, “The Elite” should seek out even bigger talents who can put more eyes on their unique product. The following collection of wrestlers listed below is nine signees who could further establish AEW as a force to be reckoned with.

AEW’s women’s division is quite healthy, but that doesn’t mean it can’t get even more dynamic. Shine Wrestling’s LuFisto immediately springs up as a good signee. Her eccentric look, varied moveset, and veteran status make her a sought-after pickup for any wrestling promotion. It hurt not seeing her make it onto WWE’s Tough Enough in 2015. Now is the time for her to prove that WWE missed out on one of the toughest women in modern wrestling via a successful stint in AEW.

It was sad to see “The Elite” be forced to leave “The Villain” behind due to his contractual obligations to Ring of Honor. Once Marty Scurll is free to go wherever he pleases though, we think he should find a way to bring his evil cohorts along for the ride to AEW. Keeping this trio of in-ring villainous wrestlers together as a stable is a must—their act is entertaining, and they can be used to bolster any company they sign with. Scurll is a technical in-ring wizard, Brody King is a surprisingly agile heavyweight and PCO is a ridiculous daredevil. The combined traits of Villain Enterprises could do even greater things if he gets a chance to prosper in AEW.

Jeff Cobb is a freak of nature. He is an amateur-wrestling powerhouse who’s also capable of pulling off a standing Moonsault and other maneuvers a man of his size shouldn’t be able to do. He’s shown that he can provide big hoss-style battles against men of his stature and wildly engaging “David vs. Goliath” contests with wrestlers much smaller than him. His continued work with ROH, Pro Wrestling Guerrilla, and New Japan Pro Wrestling is helping him further build a resume of awesome matches that present him as a must-see talent.

Once his time with ROH comes to an end, AEW should make sure they sign the big guy and strap a rocket to his back. Cobb can be built as a cornerstone of the company and give them the super heavyweight star fans have been dying to see.

At the moment of this writing, Killer Kross and Impact Wrestling are going through a public spat. The growing tension between both sides has led many to believe that Kross’ days with the company are numbered. Once Kross becomes a free agent, AEW would be wise to bring him into the fold. Kross’ vicious nature, imposing figure and unmatched intensity presents him as a modern-day Sycho Sid. Everything about Kross screams “future world champion,” which is why AEW would be wise in giving him a chance to realize his full potential on their roster. Pitting Kross against Adam Page, Kenny Omega, Chris Jericho and a host of other singles superstars in AEW makes us giddy with excitement.

Today’s Lucha Libre scene is hotter than ever. CMLL and AAA, in particular, have fostered several Mexican wrestlers who’ve made a huge splash in the United States. One of the names most associated with modern-day Lucha Libre is Bandido, a high-flying dynamo who’s impressive on every level. Bandido can regularly be seen wowing the crowd with his work in AAA, PWG and ROH. Anyone who watched All In knows just how good Bandido is (his work in the six-man main event made plenty of fans true believers that evening). Bandido not only works well with fellow Lucha Libre wrestlers but he can also be called upon to provide worthwhile contests with wrestlers who stick to other styles. AEW would do well to allow Bandido to show his high-flying mastery to a larger viewing audience.

Right now, Jacob Fatu can be seen kicking ass and taking names in the most entertaining ways possible in Major League Wrestling (MLW). Fatu has a terrifying presence that makes him legit in the eyes of every wrestling fan. Plus he has an impressive arsenal of moves. We’d pay good money to see Fatu destroy fools with Pop-Up Samoan Drop and his jaw-dropping “Mighty Moonsault” in AEW.

Two-time UFC heavyweight champion Cain Velasquez pulled a Ronda Rousey in 2019—he successfully transitioned from the world of mixed martial arts to professional wrestling. And surprisingly, he’s doing an awesome job at it for someone who hasn’t been doing it long. Velasquez has been a diehard wrestling fan since he was young, which plays a huge part in him catching on so fast.

He gave the wrestling world a quality performance on par with Rousey’s WrestleMania 34 performance during his appearance at Triplemania XXVII. And he further proved just how good he is at Lucha Libre during his match at AAA’s NYC debut event. AEW could potentially bring in Velasquez as their version of Brock Lesnar—an MMA superstar who’s recognized by many and a legit badass who can bring curious eyes to their fresh product.