Auburn's Walker Kessler Might Be the Best Player in College Basketball 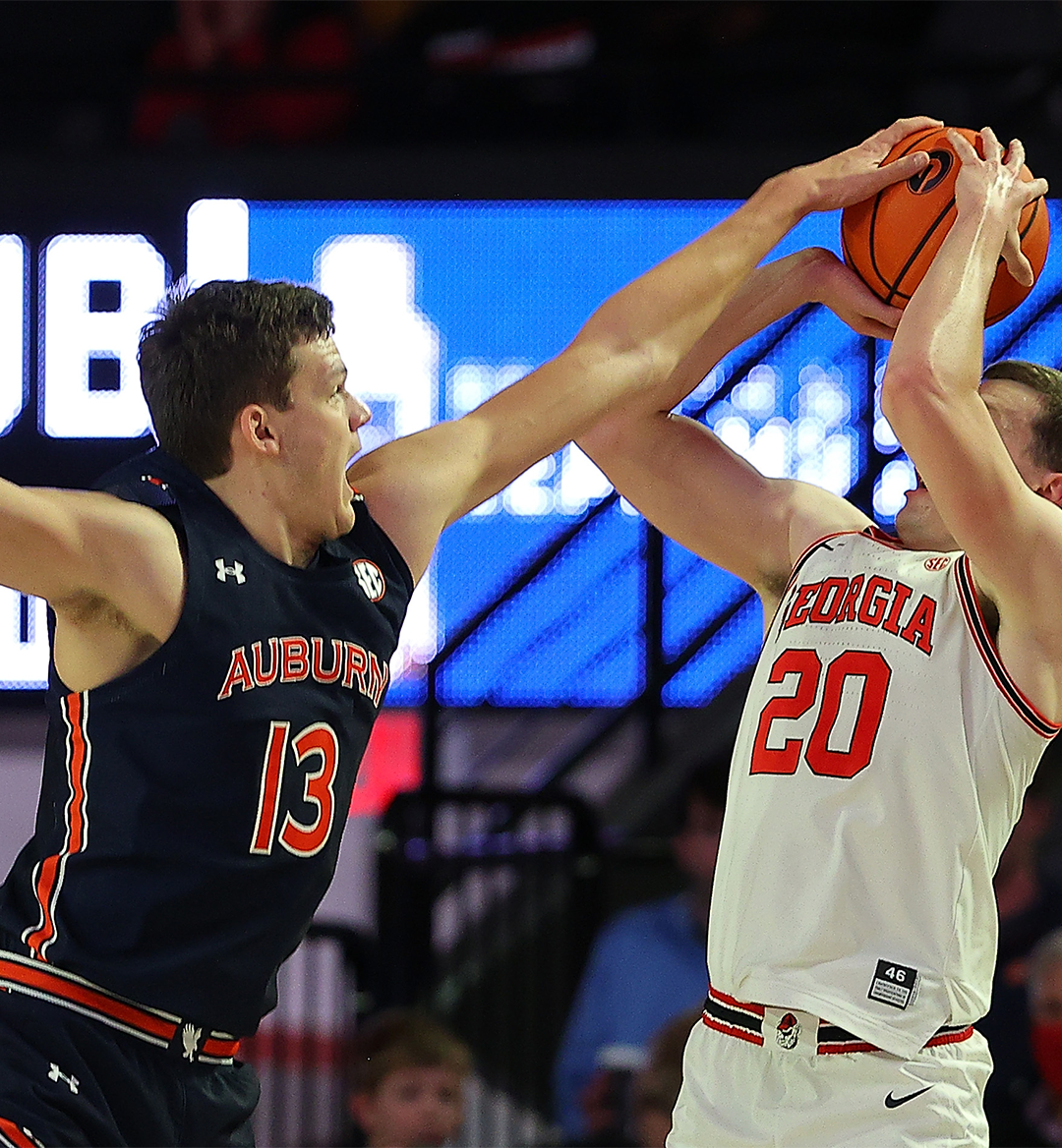 About 4.3 times per game, Auburn University’s Walker Kessler makes his opponent realize they’ve made a huge mistake. At  7’1 245-pounds, Kessler is a hugely imposing interior presence, leading the nation in blocked shots and block percentage; his 7’5 wingspan gives the impression that smaller guards could comfortably perch themselves on his arms, like a parrot on the shoulder of a pirate. A year after Auburn’s defense ranked a leaky 103rd in the country, Kessler has transformed them into an elite unit after transferring from the University of North Carolina during the offseason. With Kessler stalwartly manning the paint, Auburn holds their opponents to 50.6 percent shooting at the rim (the 10th stingiest mark in college basketball) and ranks as the 11th best defense according to KenPom, college basketball’s advanced stats nerd king. Having almost single-handedly transformed the Auburn defense, Kessler is the runaway favorite to be named the national defensive player of the year and a dark-horse candidate for the Naismith National Player of the Year.

Although Kessler’s averages of 11.6 points, 8.4 rebounds and 0.8 assists per game compare unfavorably to the robust stat lines of Purdue’s Jaden Ivey, Wisconsin’s Johnny Davis and Kentucky’s Oscar Tshiebwe, no player in the country can match Kessler’s two-way dominance. He’s great in the most elemental, basic way possible: he seldom ever misses shots and he makes it nearly impossible for his opponents to make them. Kessler is the first major conference player since Anthony Davis to block more than four shots per game while also scoring more than ten per game on better than 60 percent shooting. Interestingly, Kessler’s per 40 minutes averages are almost indistinguishable from those of Davis whose one year at Kentucky is widely considered one of the greatest performances in recent college basketball history.

What’s more, since the start of conference play, Kessler has been unquestionably the best player on what’s questionably the best team in the country; it’s impossible to imagine that Auburn would be 23-2 against a tough schedule if not for Kessler’s massive contributions.  Over his last eight contests, Kessler has racked up astonishing number against high quality competition, putting up 16 points, 10 rebounds and 5 blocks per game while shooting 68.8 percent from the field.

Kessler’s impact extends well beyond the stat sheet; he fundamentally alters every aspect of the game. Opposing offenses are forced to permanently account for his presence at the rim, turning layups into floaters and floaters into pull-up jumpers. His offensive impact is subtler, but no less important. An imposing interior scorer and screener, Kessler provides important offensive lubricant, even if his own personal usage rate isn’t particularly noteworthy. Thanks to Kessler’s abilities as a dive man in pick-and-roll, Auburn’s guards Wendell Green and KD Johnson enjoy cleaner paths to the rim, forcing defenses to rotate to stop them, creating clean attempts from 3 for Jabari Smith Jr., a presumptive top three pick in this year’s NBA Draft.

Accordingly, Kessler isn’t some monotasking rim protector; in fact, he might be the best player in all of college basketball.