The 20 Best NBA Centers of All-Time 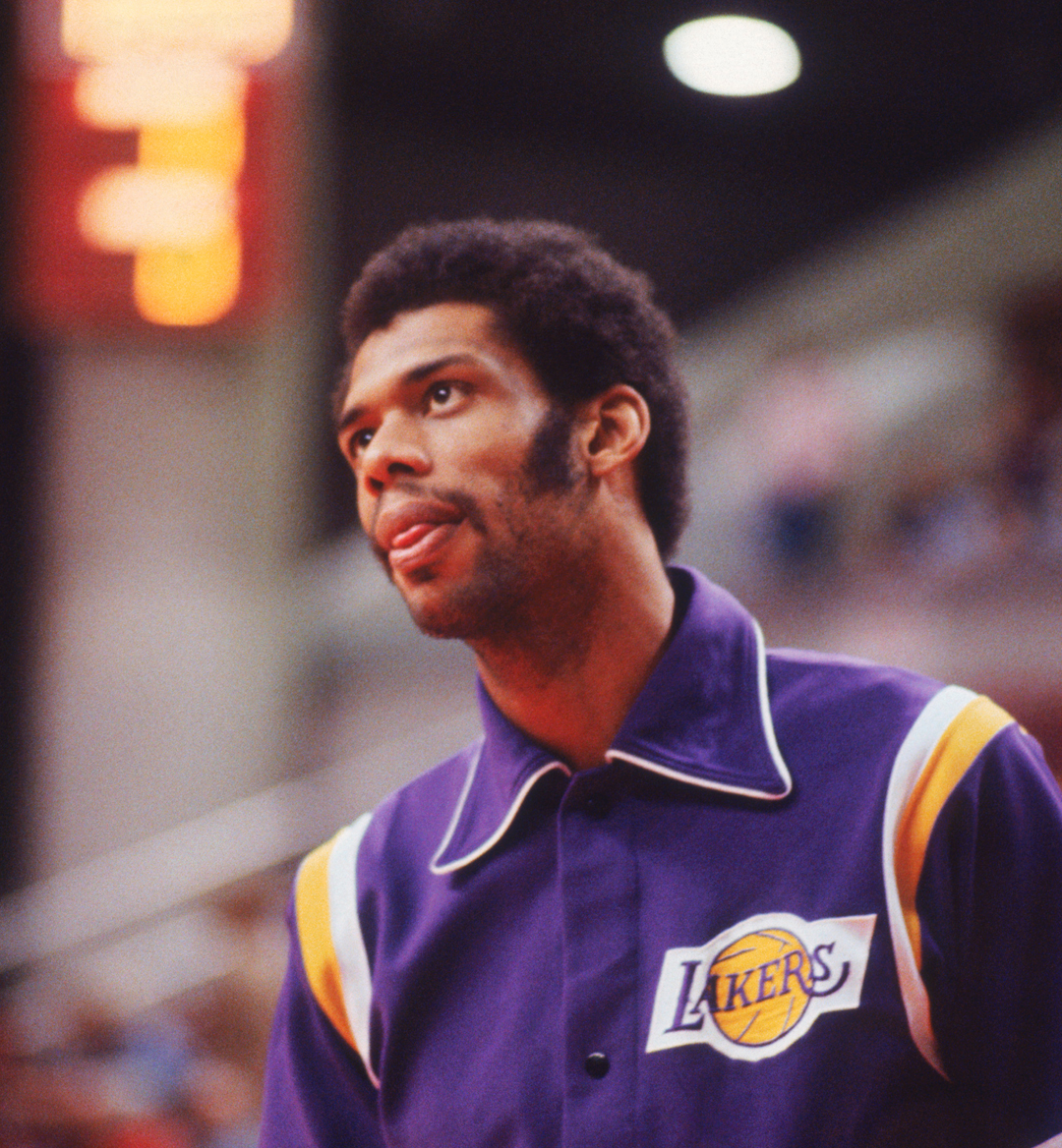 The center position historically has always been a position of importance in the NBA. Featuring some of the most productive and talented players in basketball history, the position is central to the success of many NBA teams. Defensively, centers are responsible for protecting the rim and rebounding. Centers come in all different shapes and sizes. There were the seven-footers like Kareem Abdul-Jabbar and Wilt Chamberlain that towered over their peers and dominated. On the other hand, there were the smaller fives like Dave Cowens and Wes Unseld that used their speed and quickness to make an impact.

A few players such as Pau Gasol and Tim Duncan were considered but left off of this list due to their time playing primarily outside of the center position. Both played center for huge portions of the latter stages of their careers, but at their peak, they were power forwards. From Shaquille O’Neal to Bill Walton, here are the 20 best centers of all-time. 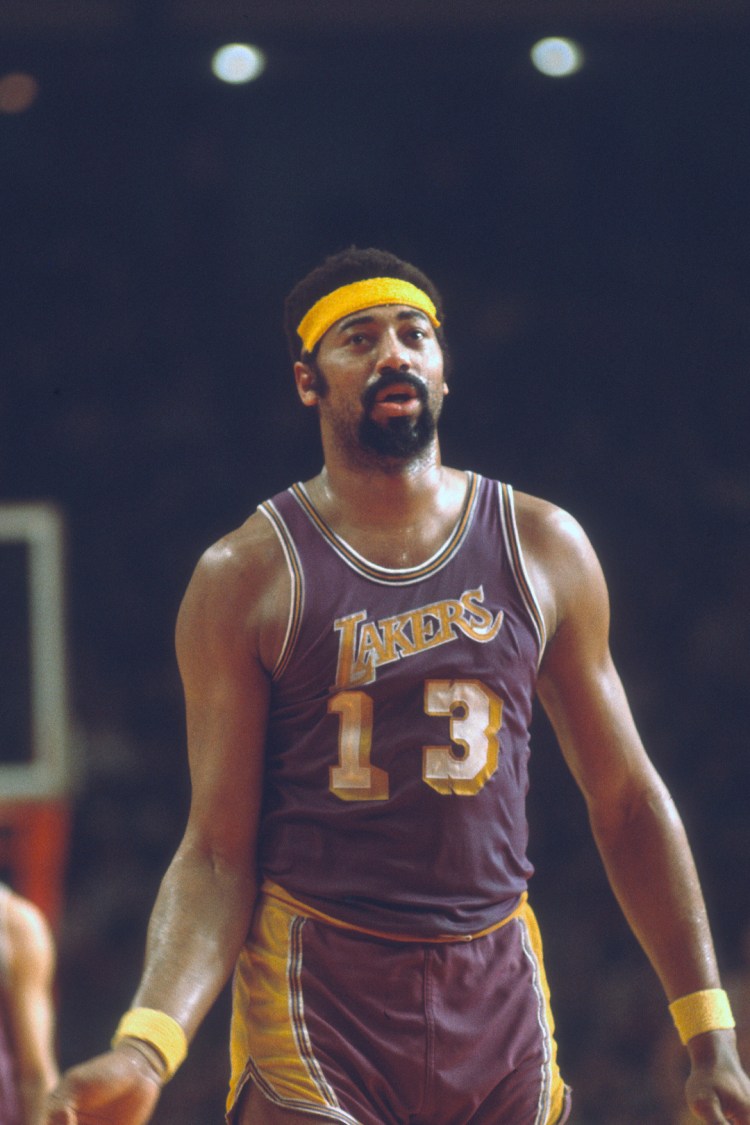 The statistics behind Wilt Chamberlain’s game are just ridiculous. They sound like numbers that can only be produced on NBA 2K. The big man spent time with three teams in the Philadelphia/San Francisco Warriors, Philadelphia 76ers and Los Angeles Lakers.

The seven-footer is the only player in history to record a 100-point game and has the highest scoring average for a season in NBA history (50.4 points during the 1961-62 season). Chamberlain led the NBA in scoring in seven different seasons and was at the top of the rebounding charts 11 different times. A four-time MVP, Chamberlain’s dominance of the game in all facets (except free-throw shooting) led him to two championships in 1967 and 1972. 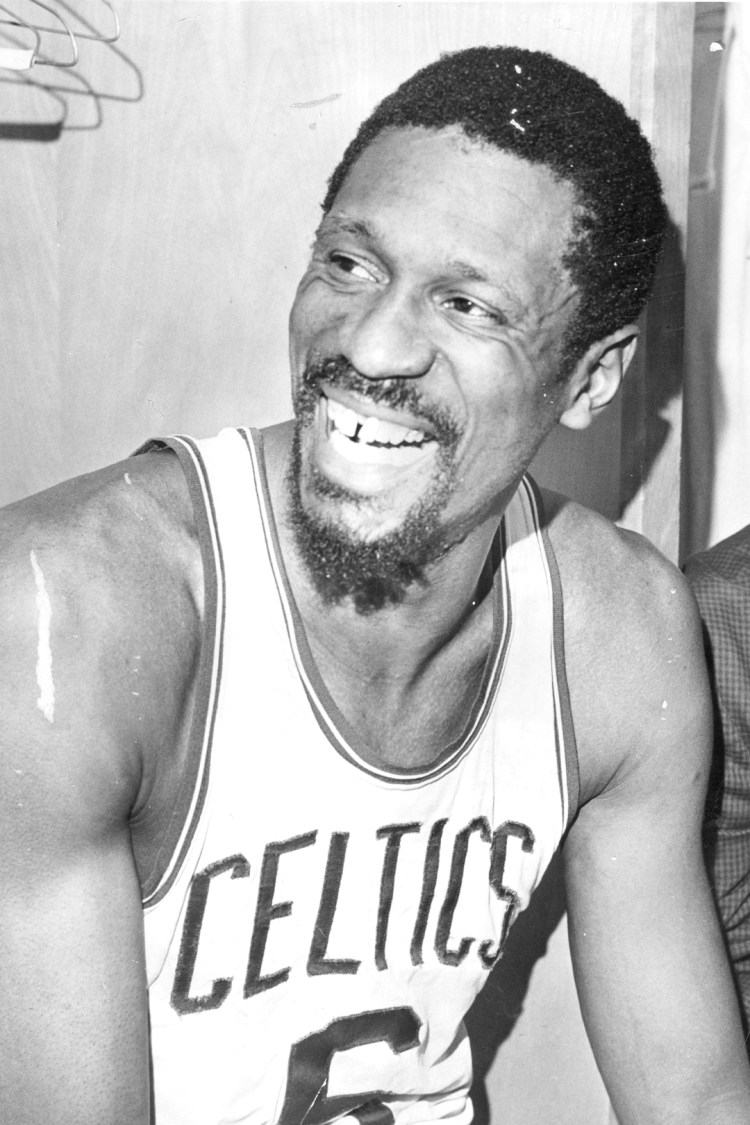 The ultimate winner in NBA history, Bill Russell won 11 championships with the Boston Celtics. The best defensive center of all-time, Russell’s ability to dominate the boards and also impact the game outside of scoring, made him invaluable. Russell was the first player in NBA history to average 20 rebounds in a season. His run as a player-coach with the Celtics netted the Celtics three of those rings. A winner of the MVP on five different occasions and a 12-time All-Star, Russell’s impact on civil rights as an athlete is equally important. 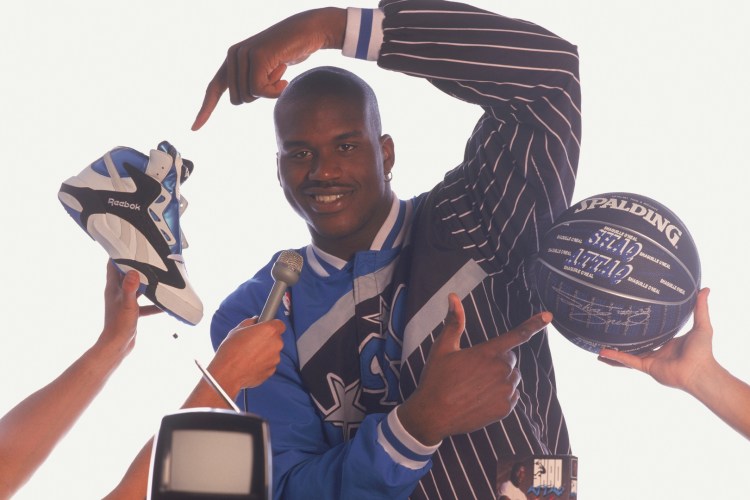 O’Neal carried many nicknames along the way in a storied career. The Big Aristotle, The Big Shaqtus, Diesel and Shaq Fu were just a few of the aliases the big man went by. Arguably the most physically dominant player in NBA history, O’Neal’s brute physical style mixed with a rare athleticism at his frame, made him impossible to defend, leading him to one MVP in 2000 and 15 All-Star appearances.

A four-time NBA champion, O’Neal was named Finals MVP in all three years of the Lakers’ three-peat in the early aughts. His run as an inside, outside superstar tandem with Kobe Bryant, took the NBA by storm. O’Neal’s post-NBA career run is also just as impressive. 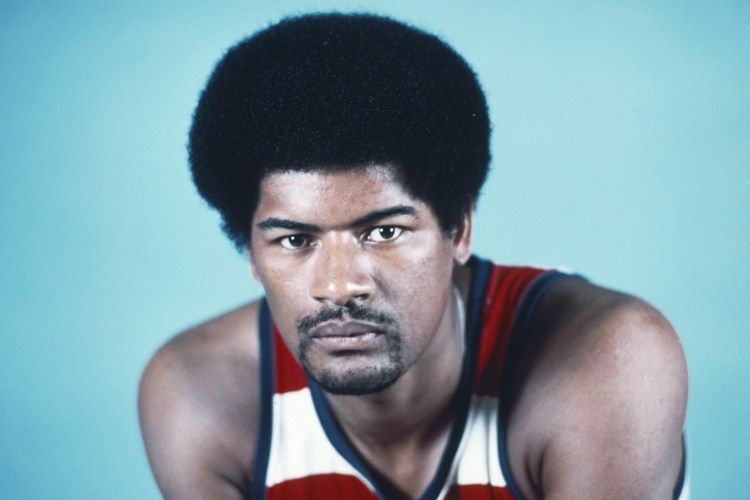 The master of the outlet pass, Unseld was a unique center. Playing in a league full of tall big men nearing or exceeding seven feet, the 6’7” Unseld held his own. An MVP in his rookie season and a five-time All-Star, Unseld averaged double-figure rebounds in all but one of his 13 pro seasons. Though he wasn’t a primary scorer, he made up for it with leadership, defense, and passing. Later on in his career, Unseld teamed with Elvin Hayes to take the Bullets to an NBA championship in 1979. Unseld was named Finals MVP. 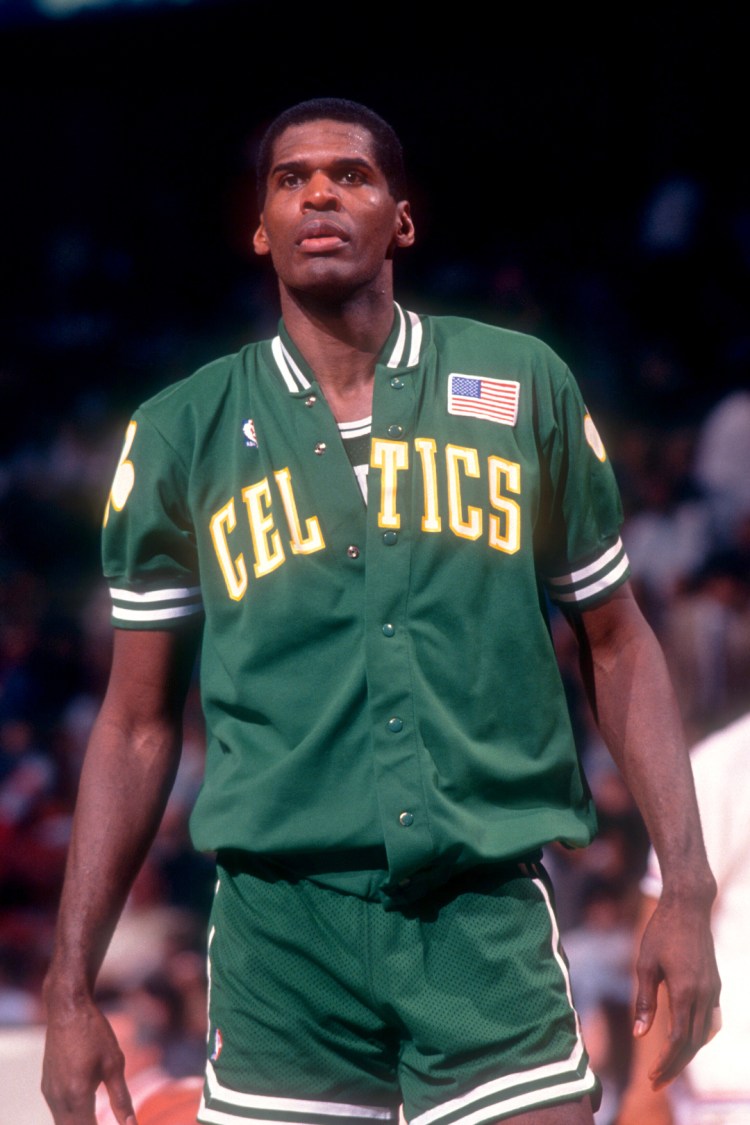 Known as “The Chief,” Parish made nine All-Star appearances and played for 21 seasons and won four championships as a member of the Boston Celtics and Chicago Bulls. A model of consistency in the NBA, Parish averaged double-figure scoring in 17 of his 21 seasons. One of the Big Three in Boston with Larry Bird and Kevin McHale, Parish’s combination of strong offense and quality defense mixed in with durability (he never played less than 72 games in his first 20 years) was central to Boston’s ability to compete for championships throughout the 1980s. 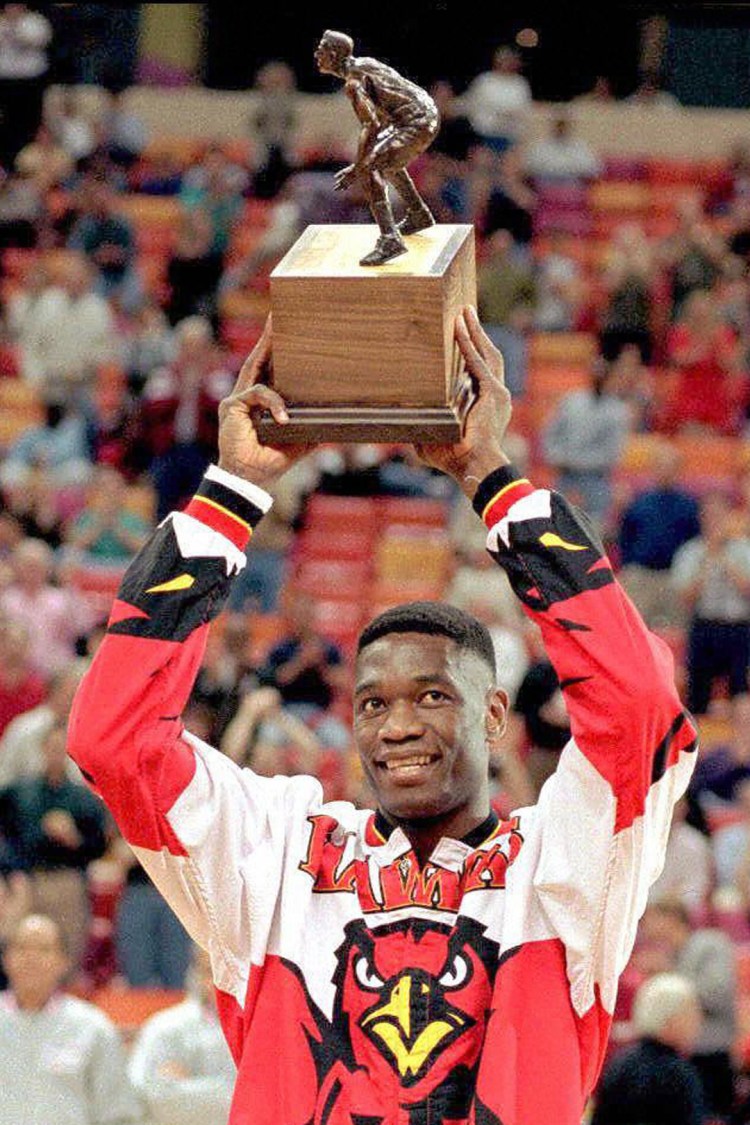 Mutombo’s career is the opposite of the finger wag. One of 10 kids from a family in the Democratic Republic of Congo, Mutombo initially moved to the United States to pursue a career in the medical field. At Georgetown, coach John Thompson persuaded him to focus on basketball and the rest is history.

Mutombo dominated in college and went on to be one of the greatest shot blockers of all-time. Second on the NBA’s career blocks list (3,289), Mutombo made eight All-Star teams and won Defensive Player of the Year an astonishing four times. He was a solid contributor on offense as well, averaging double-figure scoring in his first 11 seasons. 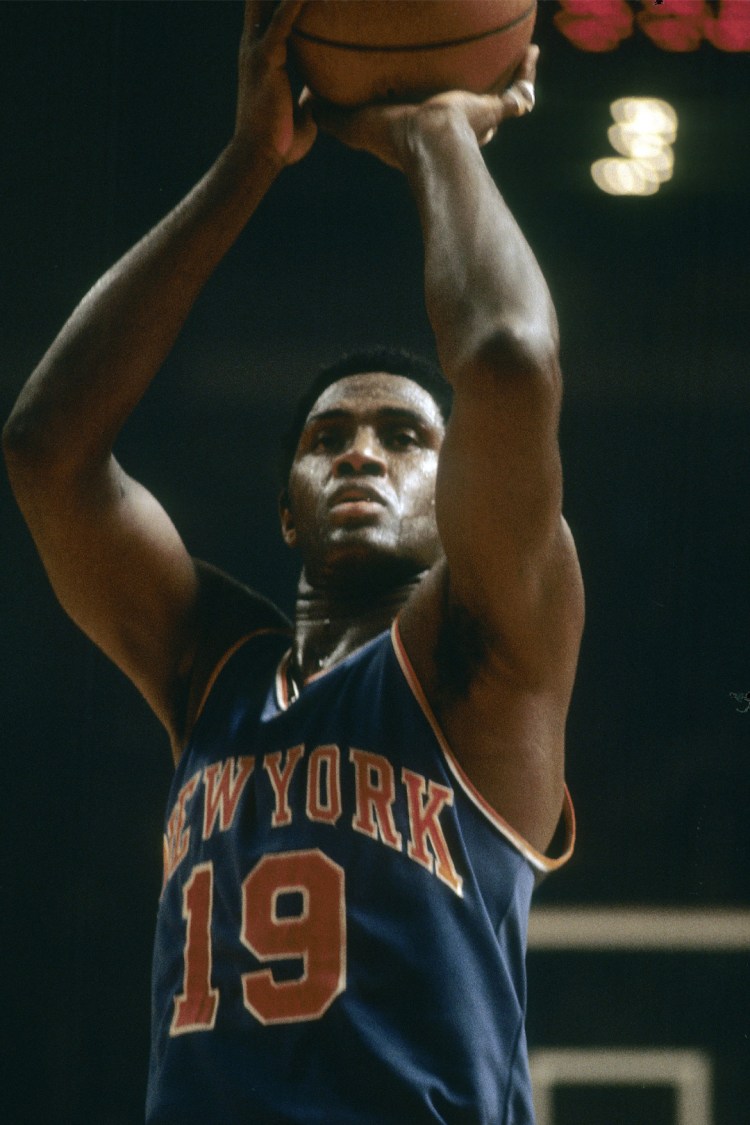 The famed captain of the two New York Knicks championship teams of the 1970s, Willis Reed, has one of the best moments in NBA history. Despite dealing with a torn muscle in his thigh, Reed stepped out and played Game Seven of the 1970 NBA Finals against the Los Angeles Lakers. The center made his first and only two shot attempts, inspiring his team even after he sat out the rest of the game as the Knicks won the title.

Injuries cut Reed’s career to just ten years, but many of those years were successful. New York qualified for the postseason in eight of Reed’s 10 NBA seasons. A former MVP and seven-time All-Star, Reed averaged at least 20 points and ten rebounds on five different occasions. 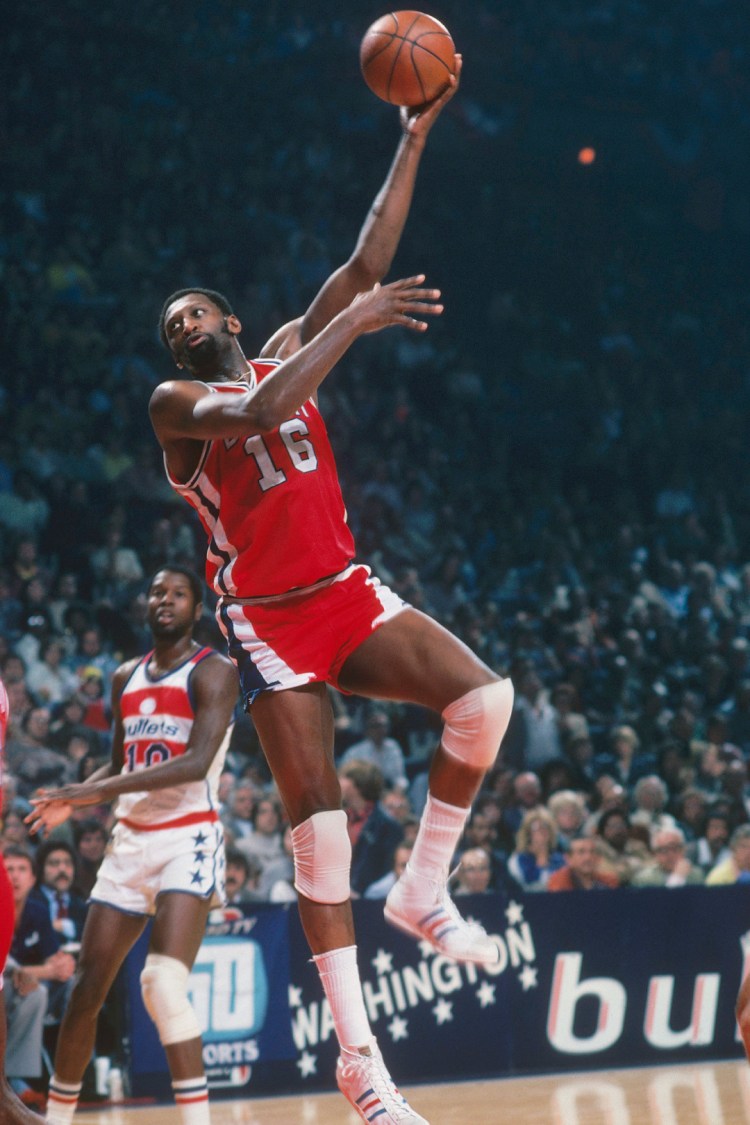 In his 14-year playing career, Lanier managed to make seven all-star squads. He averaged at least 20 points and ten rebounds for seven consecutive seasons while a member of the Detroit Pistons. While on the Pistons, Lanier formed a solid duo with guard Dave Bing as Detroit qualified for the playoffs for four consecutive seasons.

A Basketball Hall of Fame inductee, Lanier was a skilled all-around center with the ability to rebound, score and defend. Lanier played through pain for much of his career, having seven different knee surgeries. 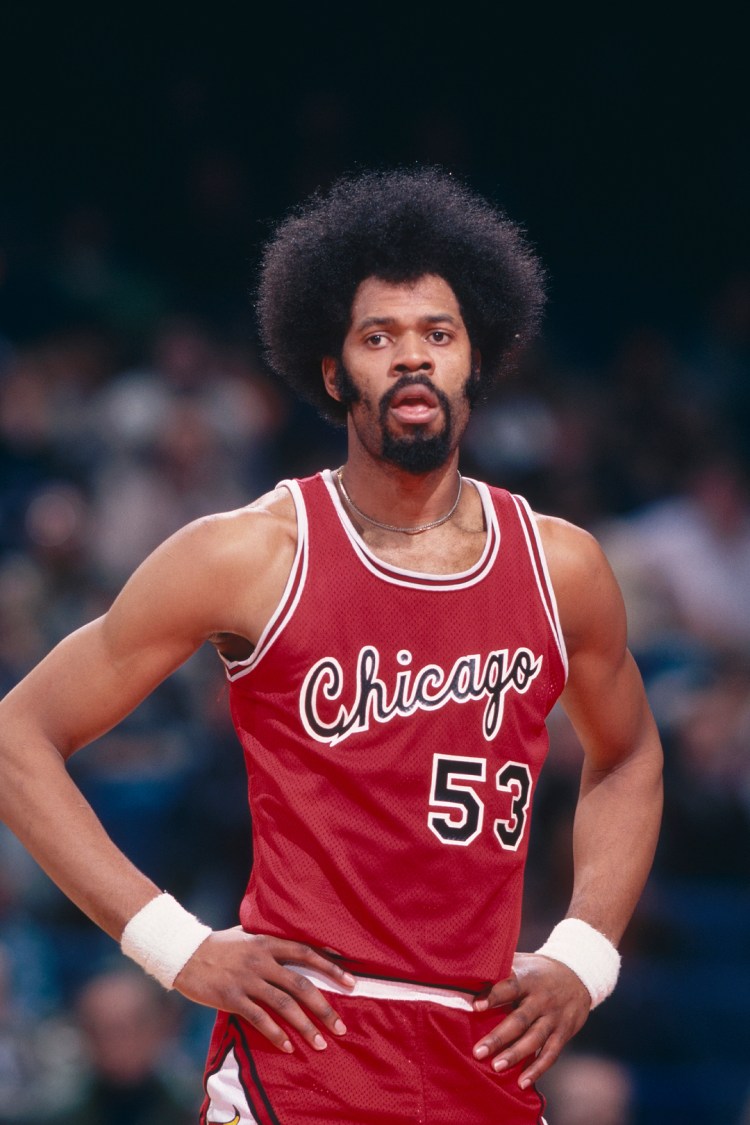 A talented seven-footer, Artis Gilmore spent some of his prime in the ABA with the Kentucky Colonels. Gilmore led the NBA in field goal percentage for four consecutive seasons and made six All-Star teams with the Chicago Bulls and San Antonio Spurs. The big man formed a potent scoring twosome with George Gervin. In his career, Gilmore averaged a double-double for eight different seasons. 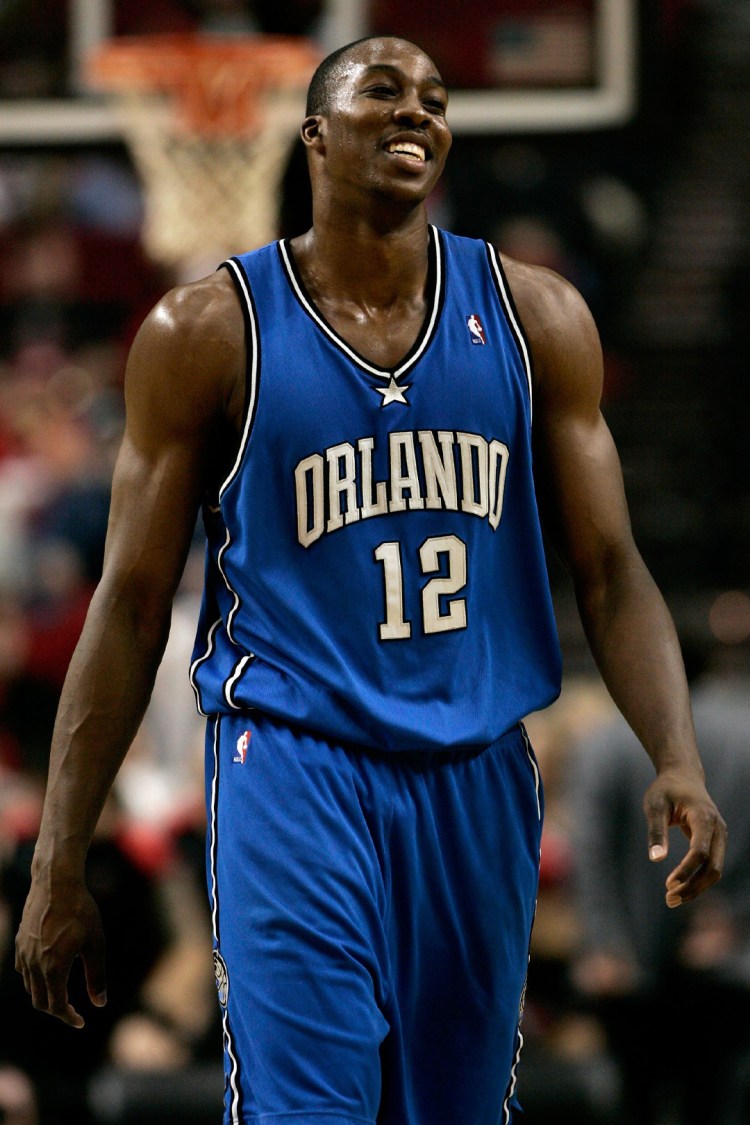 The only active player on this list, Howard has seen his star fade as he’s accepted a less prominent role with the Los Angeles Lakers. Howard was an All-Star for eight consecutive seasons and was the reigning Defensive Player of the Year for three straight years with the Orlando Magic. Howard was a significant factor in Orlando’s run to the 2009 NBA Finals, averaging 20.3 points, 15.3 rebounds, and 2.6 blocks in 20 games.

Though much has been made of the disappointments in Howard’s career, there’s no doubt that at his peak, he was a dominant defensive force and one of the best pick-and-roll threats in NBA history. If he plays a few more years, Howard has a chance to join the 20,000 points and 10,000 rebounds club which only has 18 members. 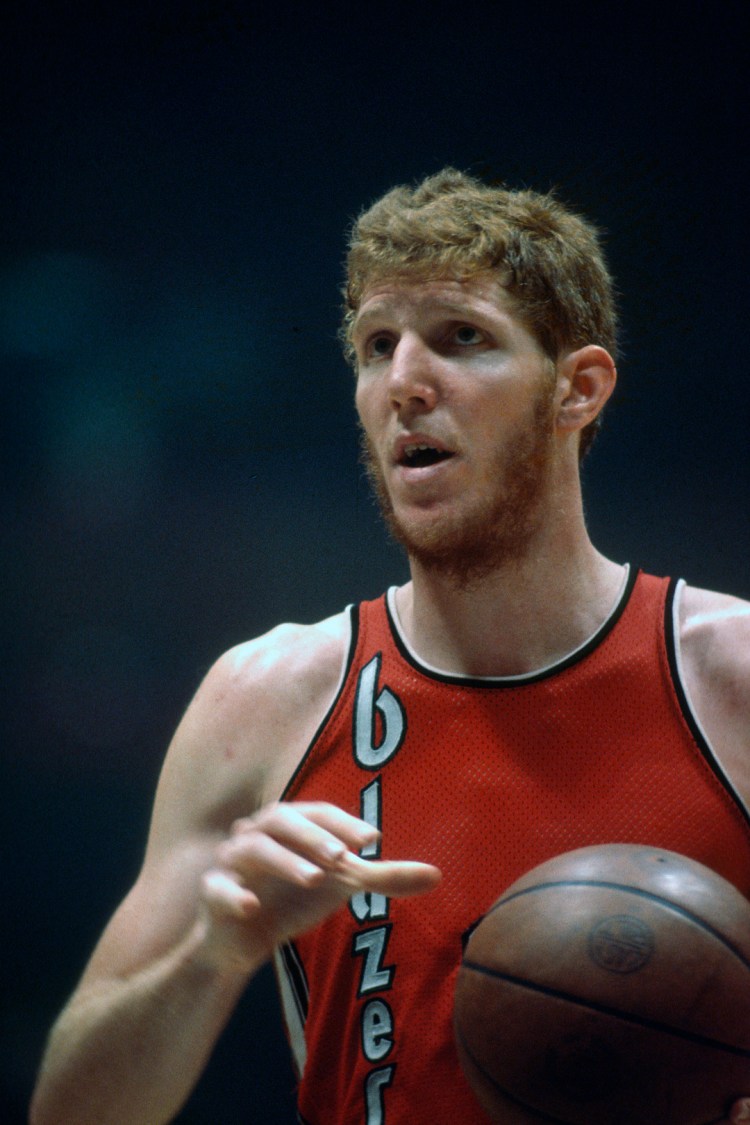 Walton doesn’t have the longevity in his career than most of his peers on this list have. He missed a considerable portion of his career with foot problems that caused him to miss more games (680) than he actually played in total (488). Even with the injuries, Walton still has made the NBA Hall of Fame for his run with the Portland Trail Blazers. The 6’11” big man won a championship with Portland in 1977 and took home the NBA Finals MVP. The next season he won the regular season MVP after compiling 18.9 points, 13.2 rebounds, and 5.0 assists.

A two-time All-Star and a two-time NBA champion, Walton’s brief success in the league makes him one of the greatest “what if” cases in NBA history. Plus, he’s one of the funniest and most entertaining color commentators ever. 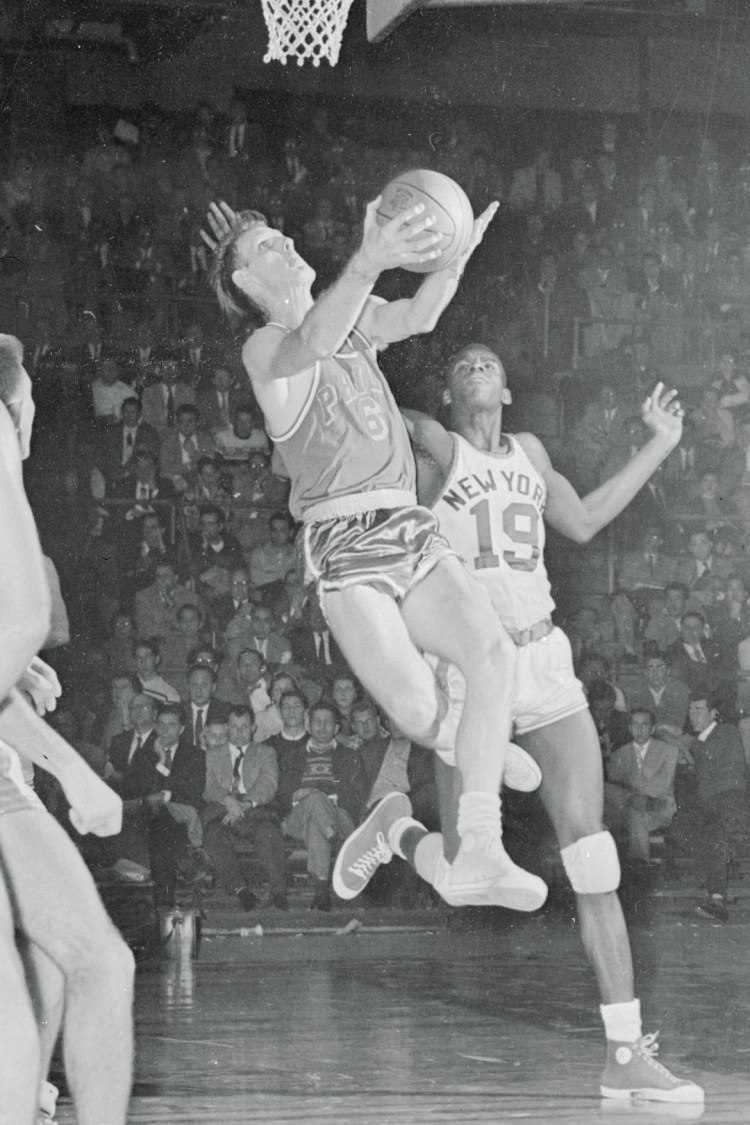 In the early days of the NBA, Neil Johnston was one of the best centers in the NBA. At just 6’8” tall, he played for the Philadelphia Warriors. Johnston led the NBA in scoring for three consecutive seasons (1953-1955), and also led the association in rebounding during the 1954-55 campaign. A six-time All-Star, Johnston won a championship in 1956 with the Warriors, averaging 20.3 points, 14.3 rebounds, and 5.1 assists during the title run.