The 20 Best NBA Coaches of All Time, According to A Huge NBA Fan 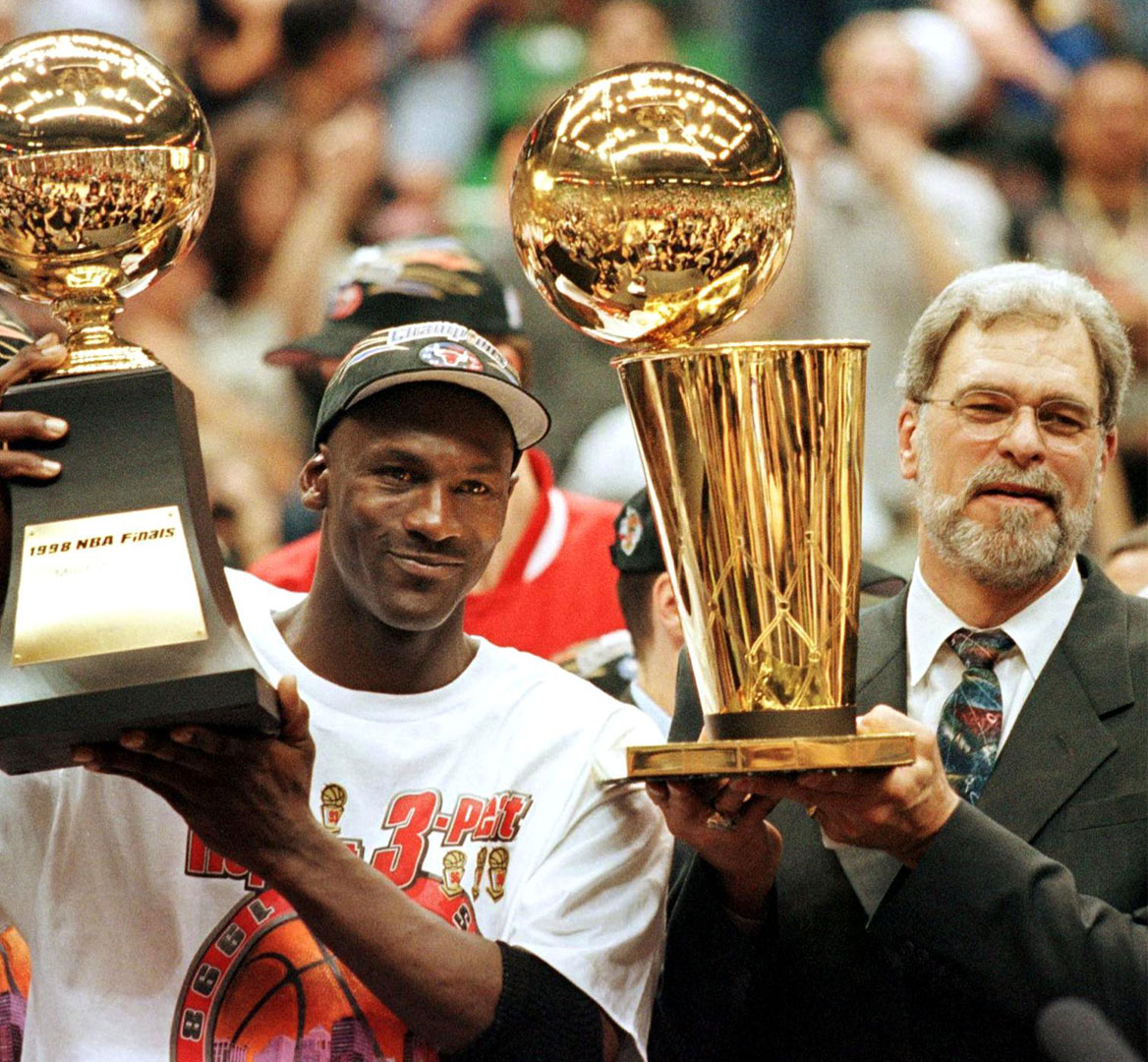 One of the toughest roles to evaluate in sports is the impact of the coach. In the NBA, so much of the credit is given to star players and rightfully so. You’re not winning a championship without elite talent. Still, stars throughout the history of the NBA like Michael Jordan, LeBron James, and Kobe Bryant can only do so much. Championship level teams need a strategy, leadership, and teamwork to win. That’s where the coach comes in.

Coaches come in different styles and philosophies. Don Nelson was an innovator on offense while Phil Jackson made an impact focusing on teamwork and meditation. By various means, they found ways to galvanize their teams and win games. Here are my best coaches in NBA history. 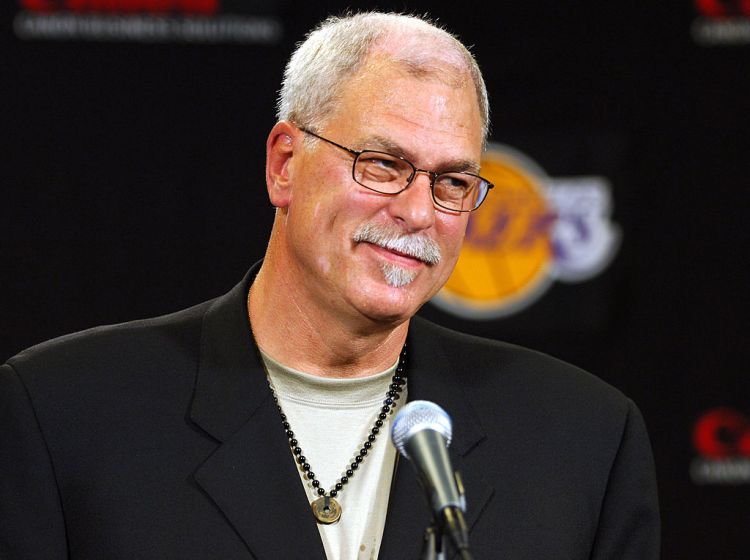 The coach with the most championships in NBA history, Phil Jackson managed to win 11 rings over 20 seasons as a head coach. Jackson has the highest win percentage (70.4 percent) of any coach that has coached at least 1,000 games. The “Zen Master” famously had a huge impact guiding superstars like Michael Jordan, Kobe Bryant and Shaquille O’Neal to new heights with a full embrace of ball movement on the court, and meditation and mindfulness off the court. I just wouldn’t ask him to run my front office. 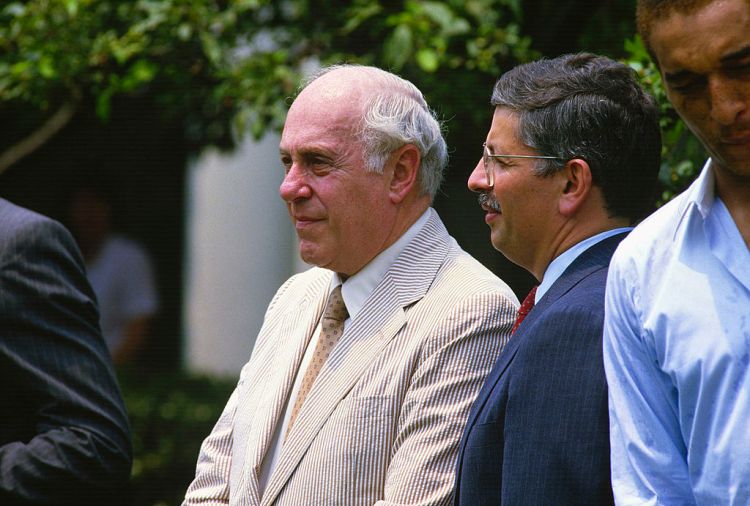 A nine-time champion as a coach (along with numerous championships as an executive), Red Auerbach made the Boston Celtics into one of the most powerful sports dynasties of all-time. He famously smoked a cigar after a victory. With 1417 career wins as a coach, there must’ve been a ton of smoke in the air at the Boston Garden. Auerbach was a pioneer, introducing the sixth man role into basketball and promoting the use of the fastbreak as a way to score easy baskets before defenses were set. 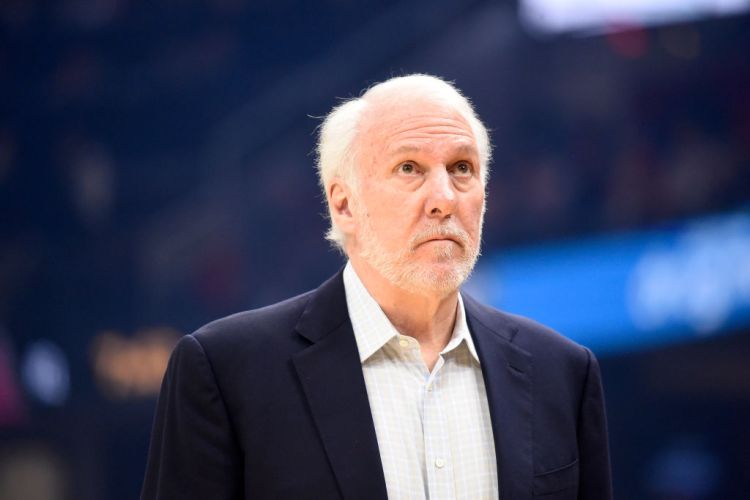 The San Antonio Spurs head coach since 1996, Gregg Popovich established a culture of teamwork, winning, and sacrifice. Pop has won five championships, all with the Spurs. His impact can be seen in a ton of ways.

From the meteoric rise of late draft picks like Manu Ginobili and Tony Parker to the development of stars in Tim Duncan and Kawhi Leonard, Pop has been a central factor in San Antonio’s sustained dominance. One way to look at Popovich’s impact is the Popovich coaching tree. I have seen numerous Spurs assistant coaches that have become head coaches just from working with Popovich. Look out for Becky Hammon next. 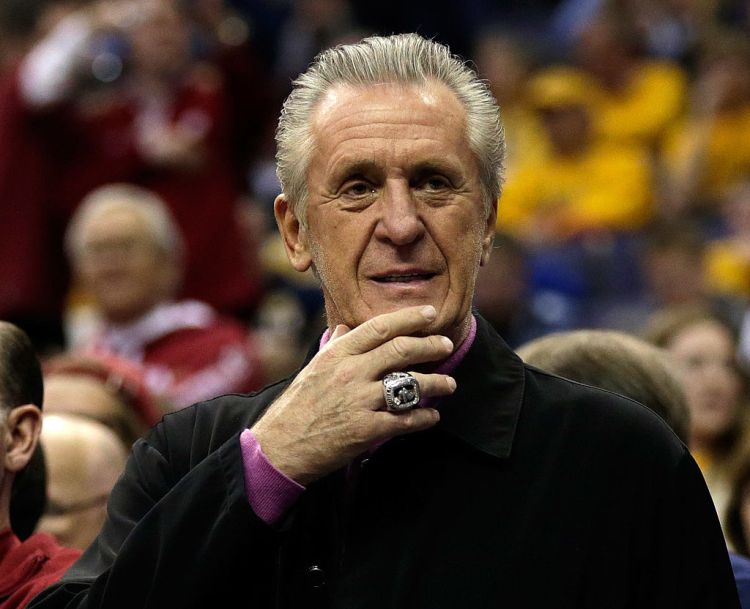 A former role player in the 1970s, Riley brought showtime to Los Angeles, orchestrating a fun and uptempo style of play all while winning four championships with the Lakers. He proved he wasn’t a one-trick pony, as he coached the rough and rugged New York Knicks and Miami Heat teams of the 1990s. Riley won his fifth title with the Heat in 2006 and cemented his legacy as one of the greatest coaches of all time. His style wasn’t too shabby either. 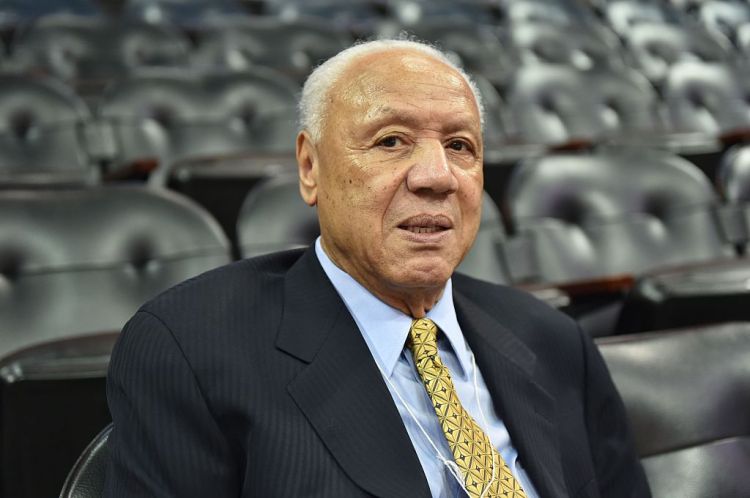 A former nine-time All-Star, Lenny Wilkens was one of the original player-coaches in NBA history. He never won a title as a player-coach, but eventually won a title as coach of the Seattle Supersonics in 1979. Wilkens won Coach of the Year in 1994 and is one of just a few to make the Hall of Fame as both a player and a coach. 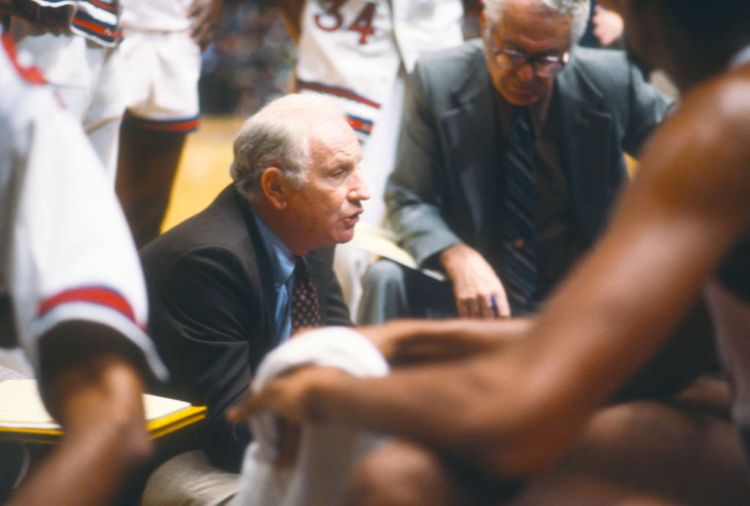 On the biggest stage, Red Holzman accomplished a lot for one of the NBA’s signature franchises. Holzman helped propel the Knicks to championship wins in 1970 and 1973, something the franchise has yet to accomplish since. The coach of the year in 1970, Holzman coached the Knicks to 613 total wins and also set a then-record of 18 consecutive wins in 1969. 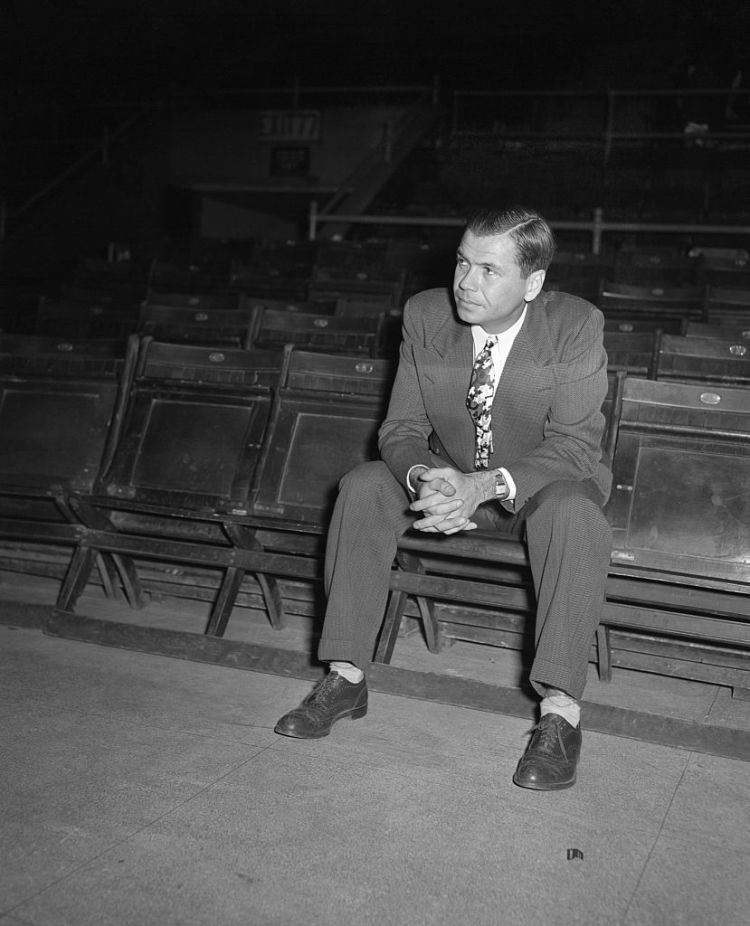 Though Kundla’s history predates me, I can respect what he did on and off the court. Kundla won five championships with George Mikan and the Minneapolis Lakers over a six-year stretch from 1949 to 1954. He also stood up for black players in one of the most crucial times in the sport. On numerous occasions, Kundla would refuse to stay in a hotel that refused to serve black patrons. 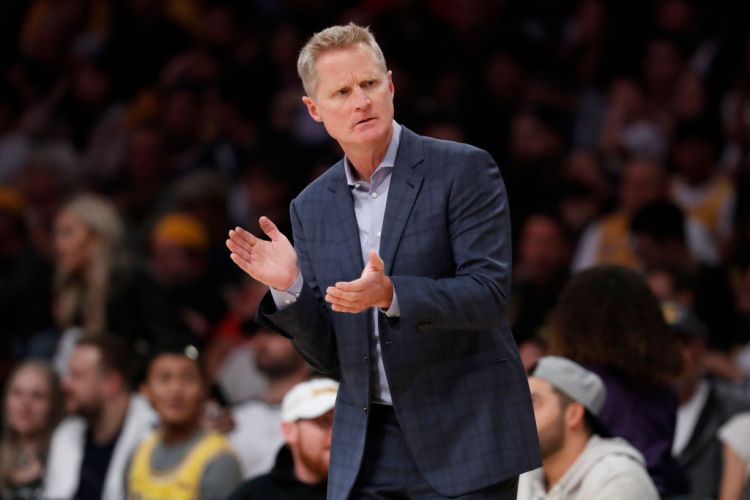 Though he spurned my New York Knicks, I can’t dismiss the greatness of Steve Kerr. He’s a key factor in the modern-day NBA dynasty that is the Golden State Warriors. The Warriors spent much of the latter half of the 2010s with their foot on opponents' necks.

A former five-time champion as a player, Kerr’s embrace of ball movement, and letting Draymond Green loose in the starting lineup were keys in transforming the Warriors into a perennial contender. Three titles and five straight NBA Finals appearances are rare. Though he’s only been a head coach for six seasons, Kerr’s list of achievements in this short amount of time is amazing. 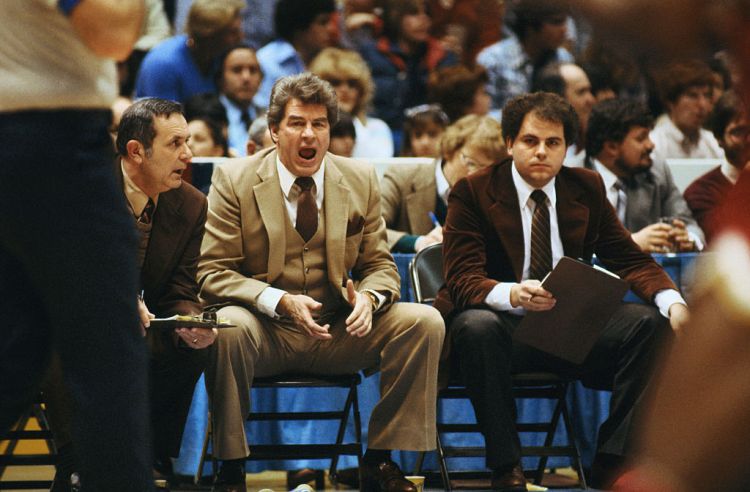 A master motivator and innovator as an NBA coach, in my opinion, Chuck Daly was responsible for developing the Detroit Pistons and their Bad Boy persona. The Pistons made the postseason every year that Daly coached the team. He harnessed the most out of NBA afterthoughts such as Bill Laimbeer, Dennis Rodman, and Rick Mahorn. That physical team mixed in with the offensive brilliance of Joe Dumars and Isiah Thomas propelled the Pistons to back-to-back championships in 1989 and 1990. 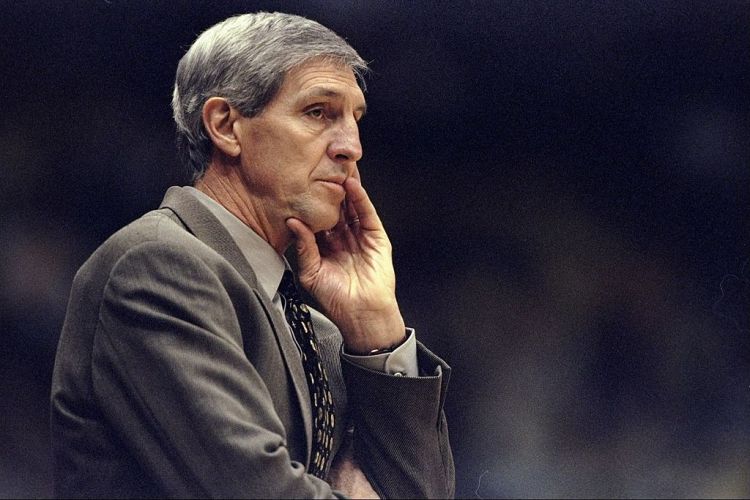 Known for his time coaching the Utah Jazz, Jerry Sloan’s consistency as head coach of the Karl Malone and John Stockton-led Jazz was notable. He made the playoffs in 15 consecutive seasons as Jazz coach and managed to make the playoffs in 19 out of 22 seasons. A fiery personality, Sloan wasn’t afraid to fight for his players, though that led to some heated situations. The peak of that stretch was when the Jazz made the NBA Finals for two consecutive seasons. 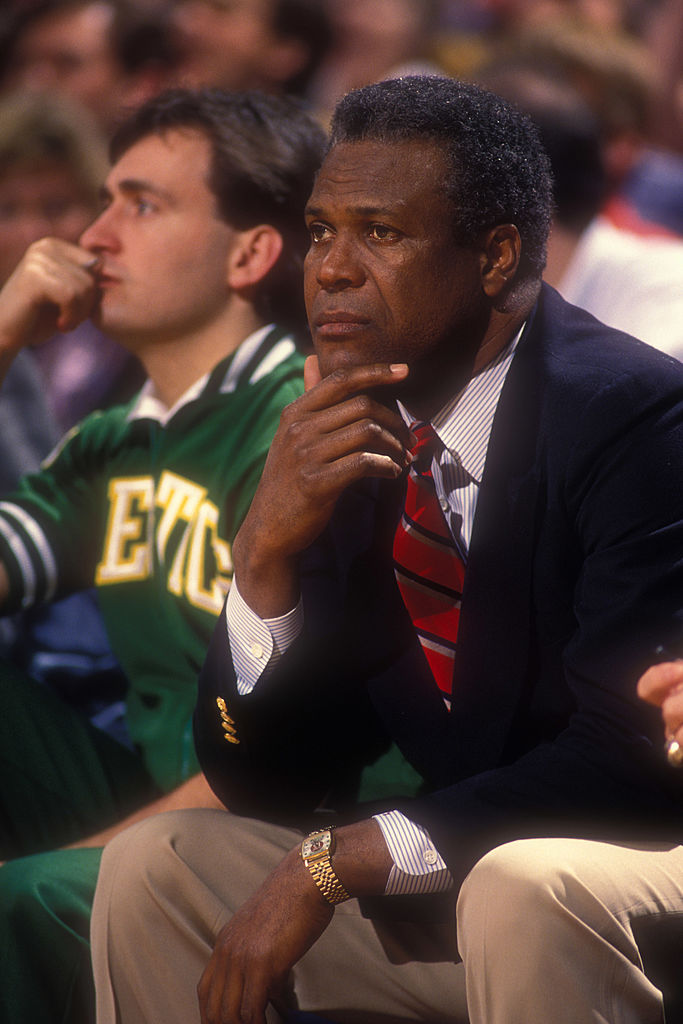 Taking over for Bill Fitch in 1983 after being an assistant coach in Boston, K.C. Jones got Boston back to the championship. Jones coached Boston’s Big Three of Larry Bird, Robert Parish and Kevin McHale to two championships in 1985 and 1986. From 1983 to 1988, the Celtics never won less than 57 games with Jones on the bench. Jones overall has five Finals appearances as a coach with the Celtics and Washington Bullets. 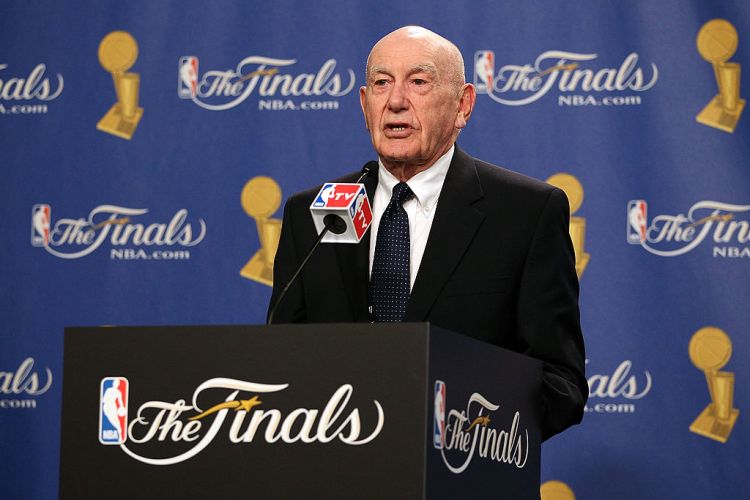 To me, Jack Ramsay deserves a spot on this list due to his fashion sense. Known as Dr. Jack because of his doctorate, Ramsay brought a title to the Portland Trail Blazers in 1977. Before Ramsay arrived, the Blazers had failed to make the postseason in their first six seasons as an NBA franchise.

The coach took a team with key pillars Bill Walton and Maurice Lucas to new heights while promoting ball movement and teamwork. Portland has yet to recapture the winning magic from Ramsay’s days manning the sideline. 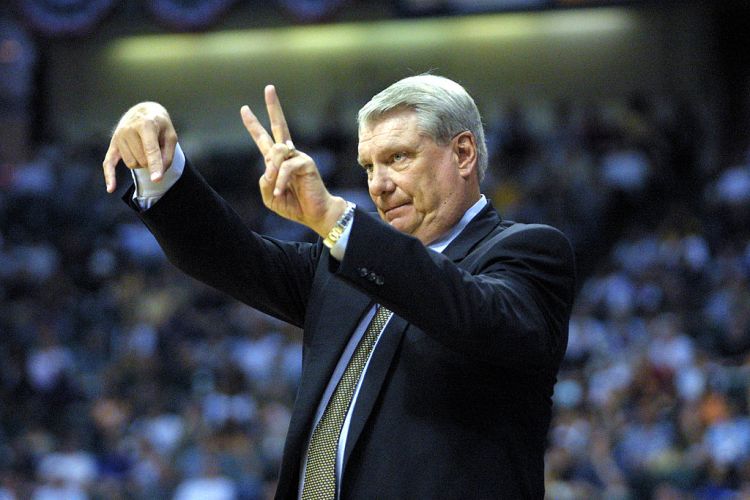 The all-time leader in coaching wins with 1,332, Nelson’s creation of the point forward position in Milwaukee was revolutionary and an example of his innovation in the evolution of the NBA offense. His work with players like Dirk Nowitzki, Steve Nash and Tim Hardaway is memorable. Though he never won a championship as a coach, Nelson’s impact on the league is significant and has provided a plethora of moments in the NBA. 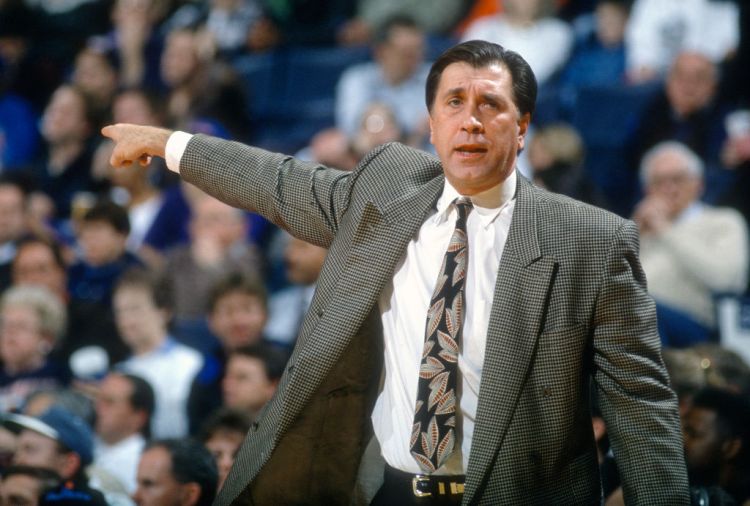 Leading Clutch City to back-to-back championships in the mid-‘90s, Rudy Tomjanovich famously said “don’t ever underestimate the heart of a champion.” That line resonates with me and could be used in any walk of life. A former All-Star with the Rockets in the 1970s, Tomjanovich managed a unique mix of personalities in Houston that included Hakeem Olajuwon, Vernon Maxwell, and Sam Cassell. In a five-year stretch from 1992 to 1997, Tomjanovich held a 64.6 winning percentage. 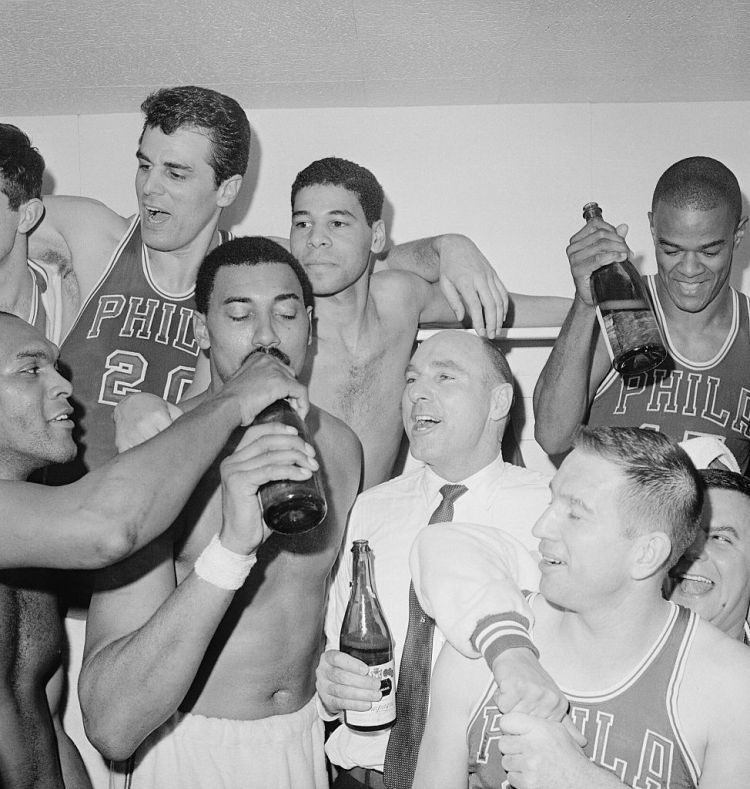 A coach of the year in 1964, Hannum’s accomplishments in the NBA were pretty underrated. He took the St. Louis Hawks to an NBA championship in 1958 and did it again in 1967 with the Philadelphia 76ers. A former NBA player, Hannum is one of just a few coaches to win a championship with two different franchises. His crowning achievement is the 1966-67 season where he coached a 76ers team led by Wilt Chamberlain to a then-NBA record 68 wins. 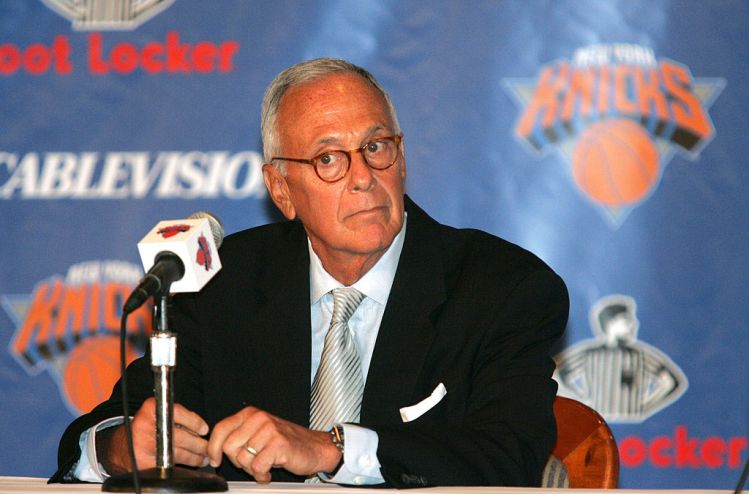 A defensive wizard, Brown has had a team he’s coached finish top 10 in defensive efficiency on 12 different occasions. He is eighth all-time in regular-season wins in NBA history. The 2001 coach of the year, Brown won a championship as coach of the Detroit Pistons and also made two other Finals appearances with Detroit and the Philadelphia 76ers. 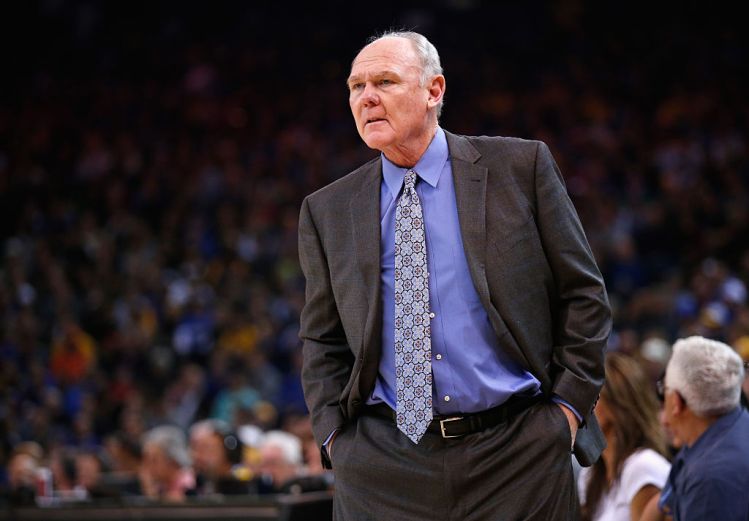 Karl doesn’t have a ring unlike many of the others on this list, but he’s respected for all of the work he’s done throughout his coaching career.  A former pro in the NBA and ABA, Karl’s revolutionary style of play on offense has had a huge impact on the NBA. His embrace of the three-point shot was notable, as he famously let center Sam Perkins let it fly from deep in the ‘90s.

Whether it was his run with the Supersonics that led to an NBA Finals appearance in 1996 or his other Conference Finals appearances with the Milwaukee Bucks and Denver Nuggets, Karl has definitely made the teams he’s coached better on every occasion. 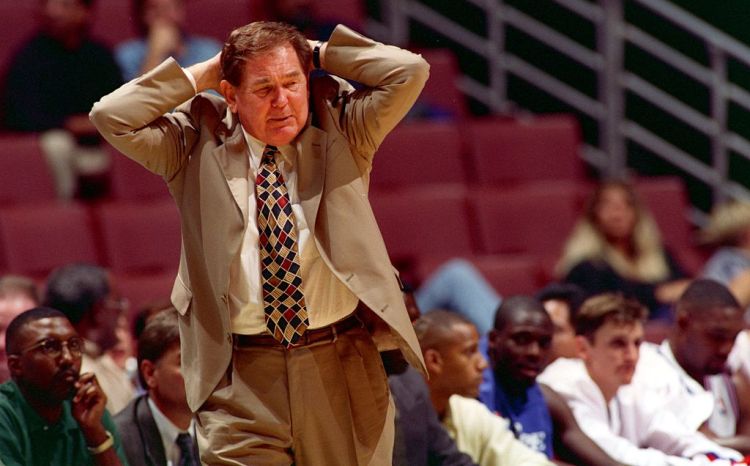 Fitch might be the only coach on this list with a losing overall record (.460 winning percentage), but he’s deserving. A two-time coach of the year in the NBA, Fitch won a championship with the Boston Celtics in 1981. Seen as a disciplinarian, Fitch was also one of the first coaches to use videotape to scout and analyze opponents ahead of games. 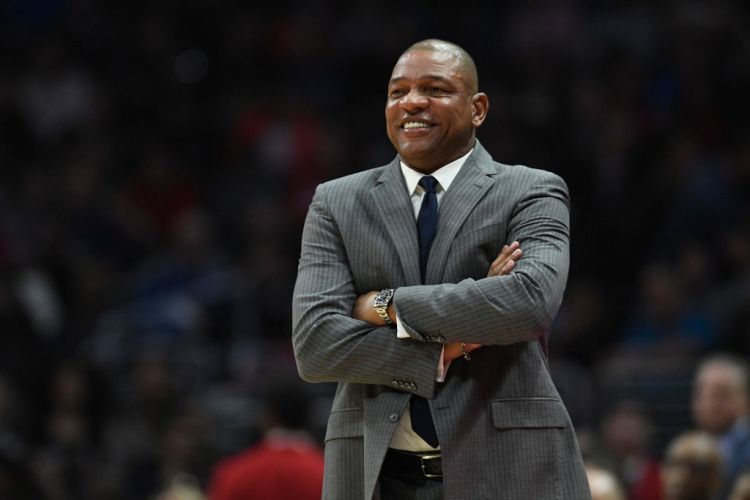 The man who led the big three of Ray Allen, Kevin Garnett, and Paul Pierce, Doc Rivers has a championship from his run with the Celtics in 2008. A former All-Star in the NBA, Doc is an ultimate motivator and is one of the best players to coach transitions in NBA history. Now, he’s on a quest to take the Los Angeles Clippers to capture his second championship. 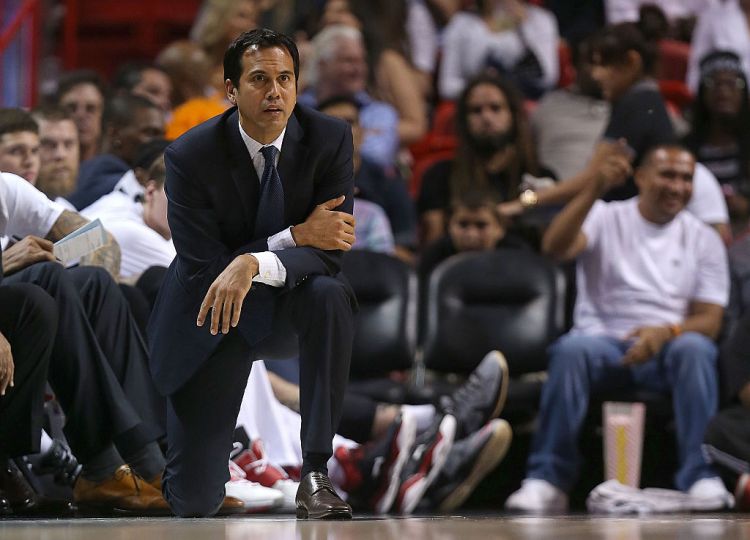 Spoelstra won two championships and made four Finals appearances with the Heat and I felt he had one of the toughest tasks of any coach in history. A disciple of Pat Riley, Spoelstra faced the pressure to live up to Riley’s success. He also successfully gained the respect of LeBron James, Chris Bosh and Dwyane Wade after some bumps in the road initially. He managed to overcome an NBA Finals loss in 2011 and create a small ball lineup that made the Heat deadly for years.