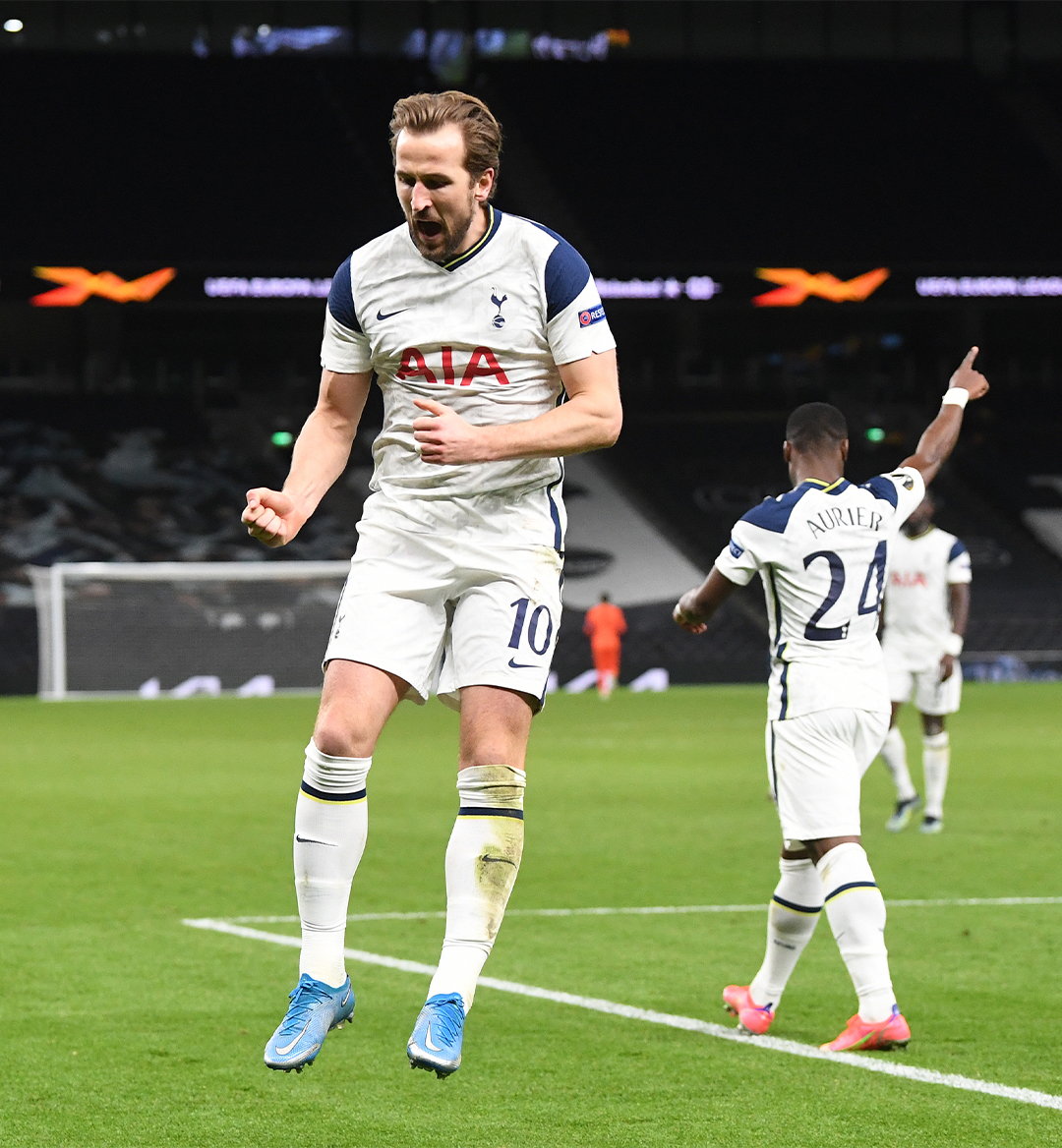 The Premier League season is beginning to wind down, and with Manchester City all but locking up their bid to win another English title, the rest of the field either attempts to break into the top five to secure European competition for next season or avoid relegation at the bottom of the table.

The Citizens have been dominant all season, losing just four matches and outsourcing their opponents by 44 goals in the 2020/21 campaign.

However, there have been a number of brilliant individual performers this year despite Man City’s stay atop the league for much of the season.

Usual suspects like Harry Kane and Jamie Vardy have proven why they’re amongst the best strikers in the world with fantastic goal scoring campaigns, while a few surprises work their way into the list after posting outstanding statistics despite going under the radar.

With that, Proper Football breaks down the 20 best Premier League players of the season. Let us know who you think has been the best player this year or who should be included in the top 20. 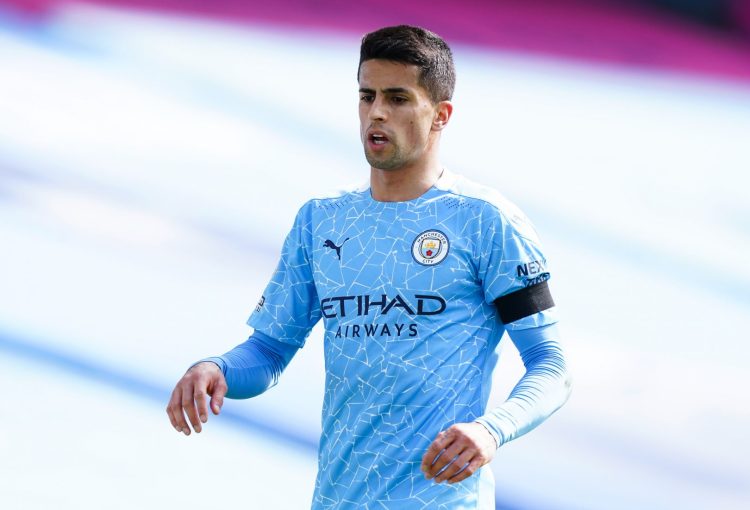 Pep Guardiola had one challenge coming into this season; establish a consistent left back option. Let’s face it, Cancelo has been everything the Citizens had hoped he could be for them. After largely playing on the right side of defense during his time at Juventus and City, Guardiola opted to slot him on the opposite wing in 2020/21 and the Portugal international has excelled at both ends of the pitch.

Through 32 matches this season, Man City have allowed a league-leading 23 goals, or less than a goal per game. The next closest team is Chelsea with 32 goals allowed. 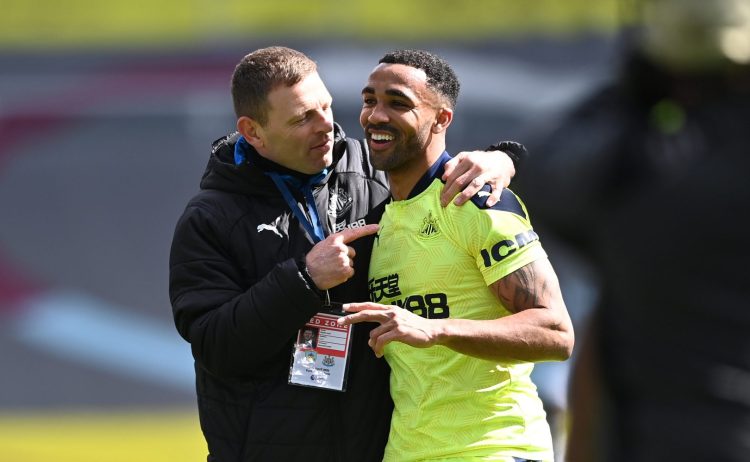 Wilson and Newcastle aim to stave off relegation this season, but the Newcastle striker is certainly doing his part in helping the Magpies attempt to stay up. With 10 goals and five assists this campaign, Wilson has been one of the few consistencies in the Newcastle attack that has scored just 32 goals. 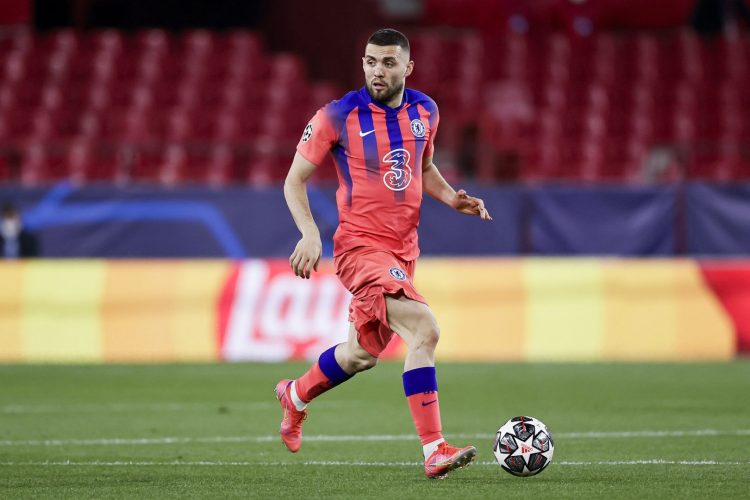 N’Golo Kante and Jorginho get a lot of the attention in the Chelsea midfield, and rightfully so, but the former Real Madrid man has been everything the Blues have needed from him this season. Kovacic controls the midfield almost every match he appears in, and seemingly makes all the right decisions with the ball. 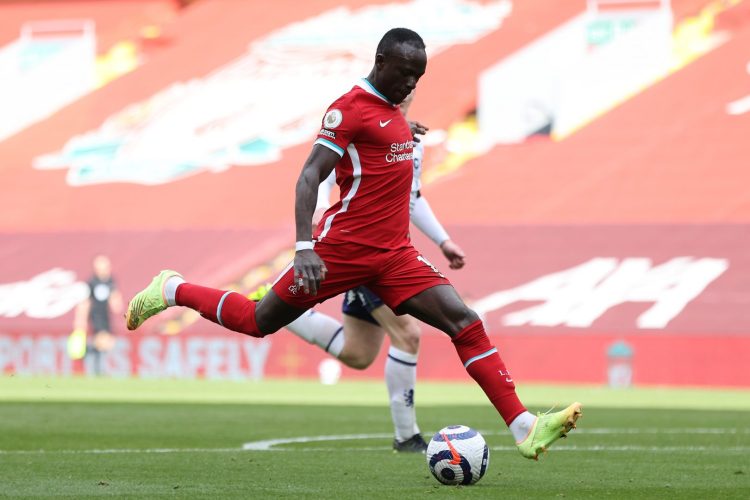 It’s hard to believe it’s been a down year for Mane, who has scored 12 goals and added six assists across all competitions, but Liverpool hasn’t exactly had the season they had hoped for.

Regardless, Mane remains a goal scoring threat each time he cuts in on his preferred right foot, and the Reds will rely on him heavily down the stretch if they are to claw their way back into the fop four race. 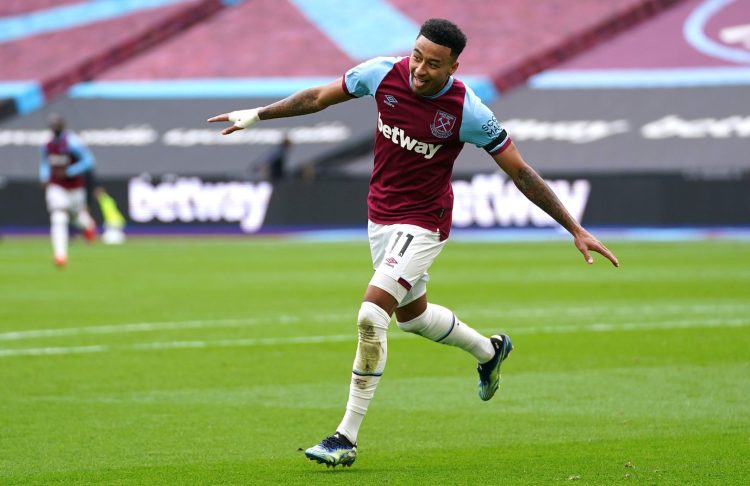 Since the arrival of Lingard at West Ham, the Hammers have really made a push for a UEFA Champions League spot. Lingard is arguably the hottest player in England at the moment, having scored eight goals in nine Premier League matches since completing this loan move from Manchester United.

Lingard’s finally living up to the potential fans expected of him at Old Trafford, and it could result one of West Ham’s best seasons in recent memory. 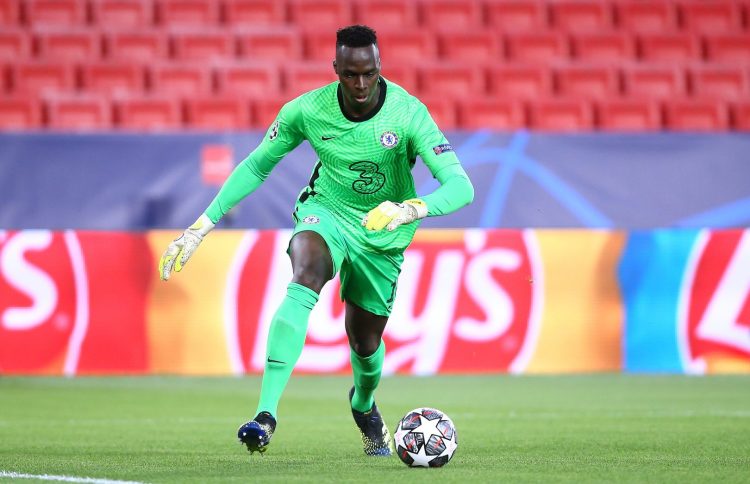 When the Blues went on the spending spree of a lifetime last summer, nobody expected Chelsea’s new goalkeeper to be their biggest signing. And yet, Mendy has exceeded expectations in every way since arriving at Stamford Bridge.

The former Rennes shot stopper boasts the most clean sheets in the Premier League this season and has proven to be a significant upgrade from Kepa Arrizabalaga, who Chelsea had spent significantly more money on a few years prior. 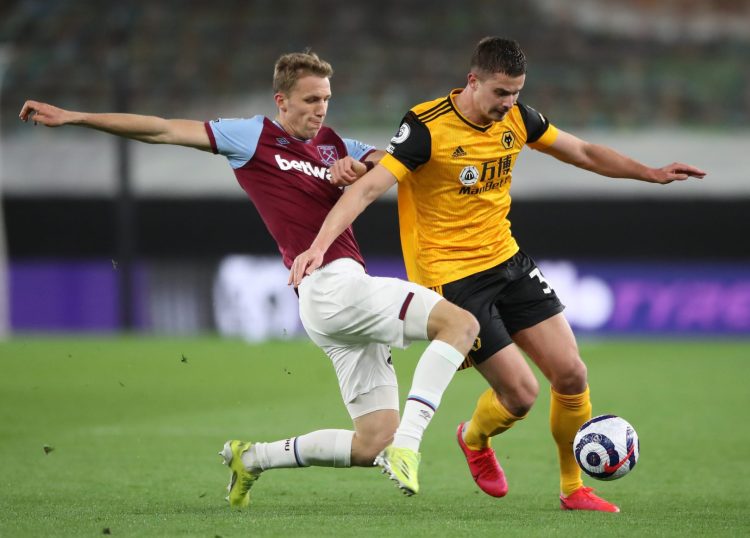 His new teammate, Lingard, will continue to receive a lot of the applause, but Soucek has been phenomenal for both club and country this year.

Soucek has played every minute of every game he’s appeared in this season for the Hammers, and continues to be a huge part of why they’re in the Champions League discussion as the Premier League season heats up. 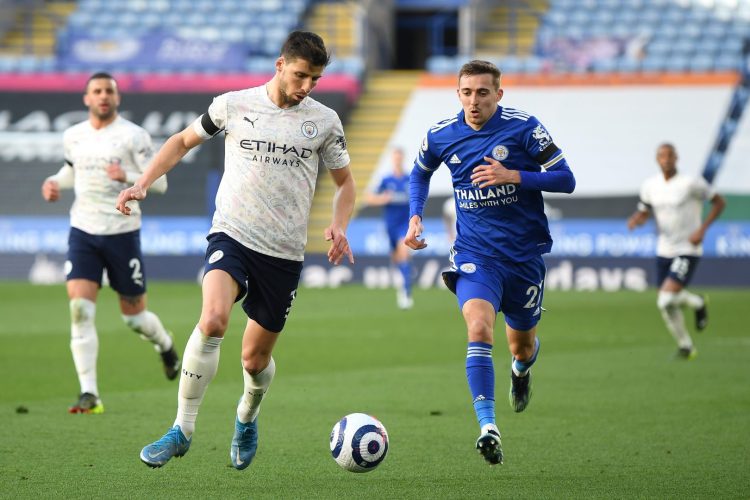 Mendy has been Chelsea’s key addition all season, and similarly for Man City Dias has been that at the Etihad Stadium. The Poruguese defender has come into this team and completely changed the dynamic of their central defense and created an impenetrable force with John Stones.

It’s safe to say that the Citizens have found their version of Virgil Van Dijk that they’ve been craving since the departure of legend Vincent Kompany two seasons ago. 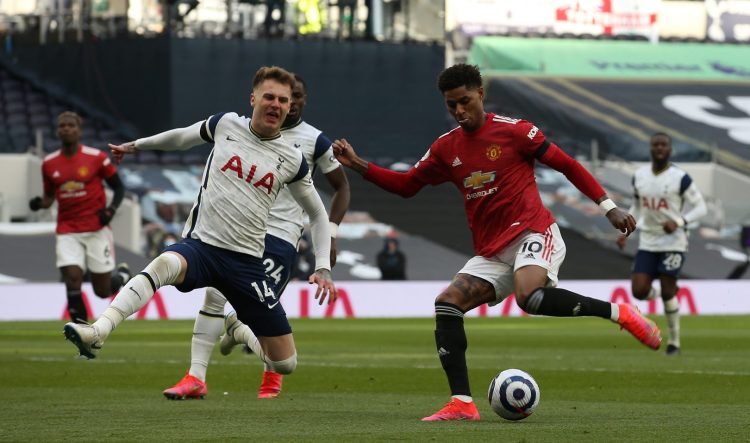 Rashford has been simply brilliant once again this season, showing up in every competition he’s played a role in and scoring 19 goals across all tournaments. The United attack is really beginning to hit its stride with the combination of Rashford, Mason Greenwood and Bruno Fernandes, and that trio appears to be the nucleus the club will ride for many years to come. 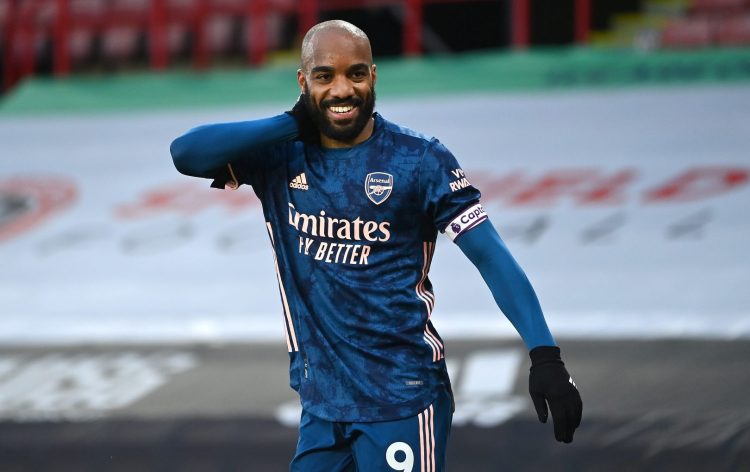 Arsenal aren’t out of the Champions League hunt yet, but it hasn’t been the season Mikel Arteta and his side had planned. The good news? Lacazette has really managed to shine for the Gunners up front, especially as of late.

The France international has tallied five goals in his last six matches, including finishes in important wins over Leicester and Tottenham. 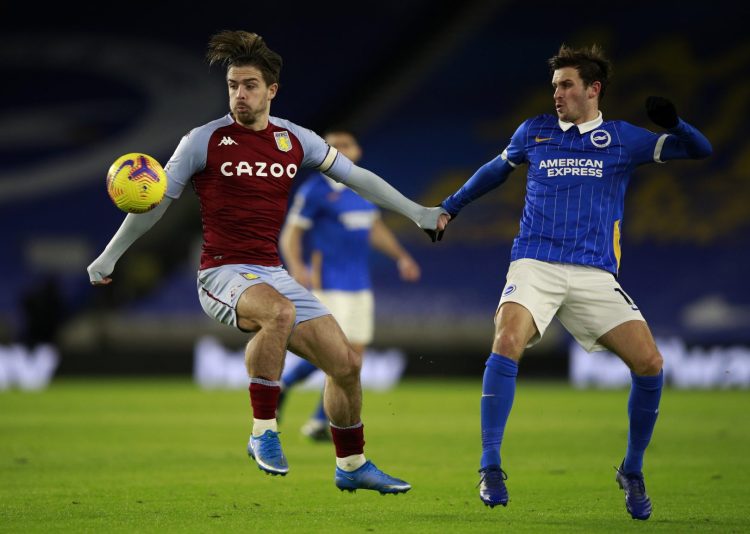 It’s truly a shame Grealish has missed so much time due to injury because it’s so clear how influential he is for Villa. Despite only having played 22 matches, Grealish is still top five in assists with 10.

The Englishman continues to be the talk of the club, and it’s truly a wonder how long Villa can keep their star attacker as he draws interest from some of England’s elite. 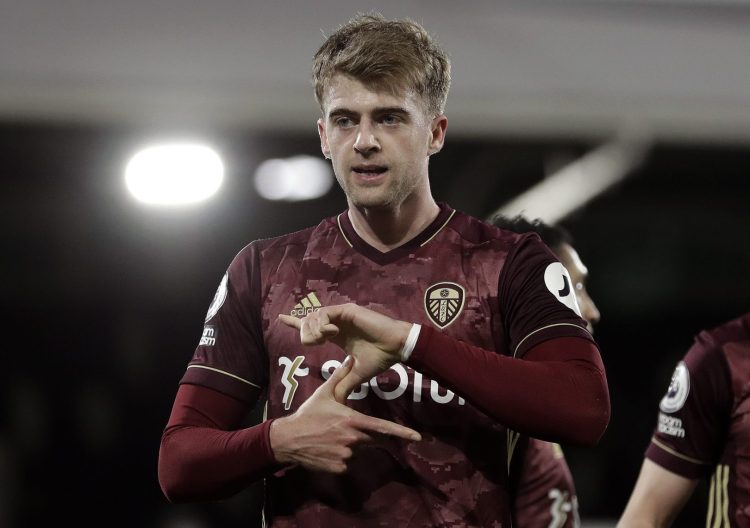 If you don’t watch Leeds religiously, maybe you should start. While Bamford isn’t the lone skilled player at the club, which also boasts Jack Harrison, Raphinha and Rodrigo, he’s certainly been the most notable in the team’s first season in the Premier League after 16 years battling in the lower divisions.

Bamford boasts 14 goals in 31 matches, which only trails Harry Kane, Mohamed Salah and Bruno Fernandes. Pretty good company to be in if you’re Bamford. 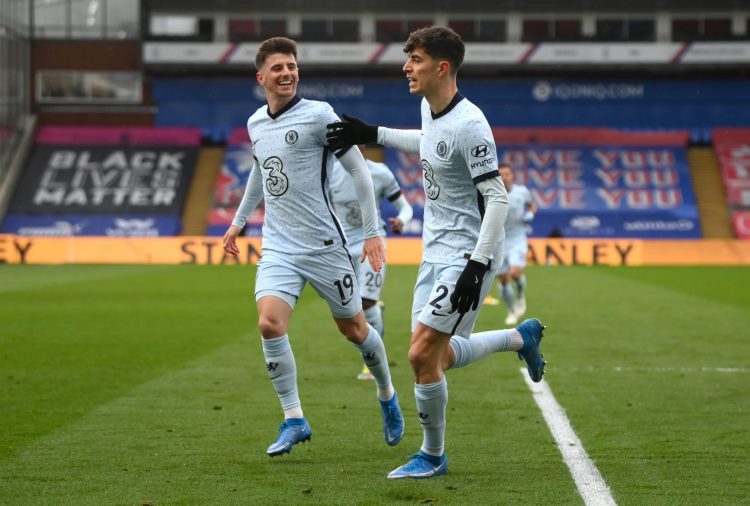 There shouldn’t be any doubt about who Chelsea’s best player has been all season. Mount continues to make a name for himself and prove just how valuable he will be for the Blues and England moving forward. He boasts the perfect combination of creativity on the ball, high work rate and a finishing ability that makes defenses really ponder how to slow him down. 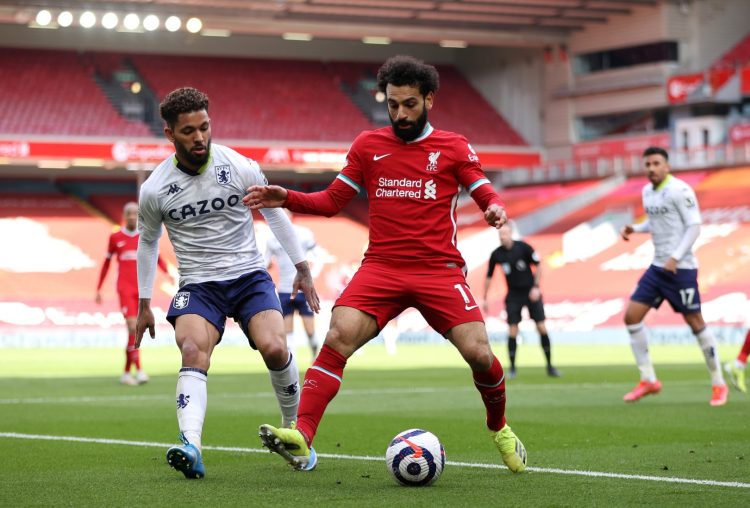 Salah is well on pace to hit 20 goals for the third time in his Liverpool career, despite the Reds’ overall struggles as a club. His knack for creating off his natural left foot makes defenses tremble when he gets around the penalty area, and at 28 years old we’ll surely be seeing plenty more of him for years to come. 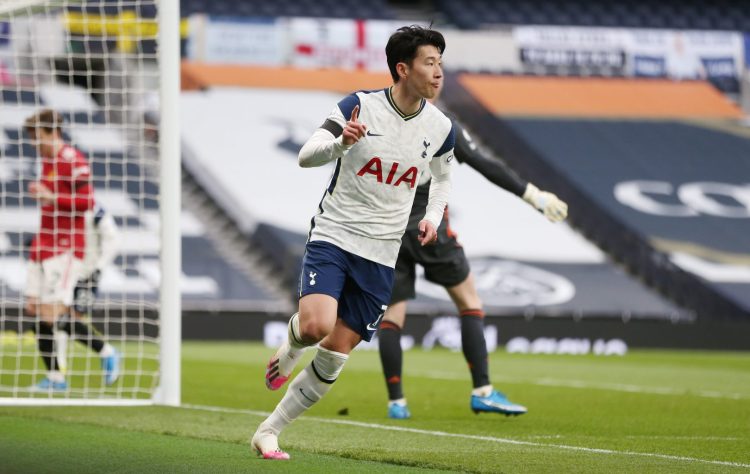 The rumors of Son potentially leaving Spurs after the season are growing rapidly, and they make perfect sense when watching the player perform as well as he does on a regular basis. He’s already tied a career-high with 14 goals thus far, and he’ll surely break that total by the end of the season.

Tottenham will undoubtedly fight to keep him in London next season, but if Spurs can’t claim a spot in Europe, a player of Son’s quality likely won’t be sticking around to wait for another opportunity. 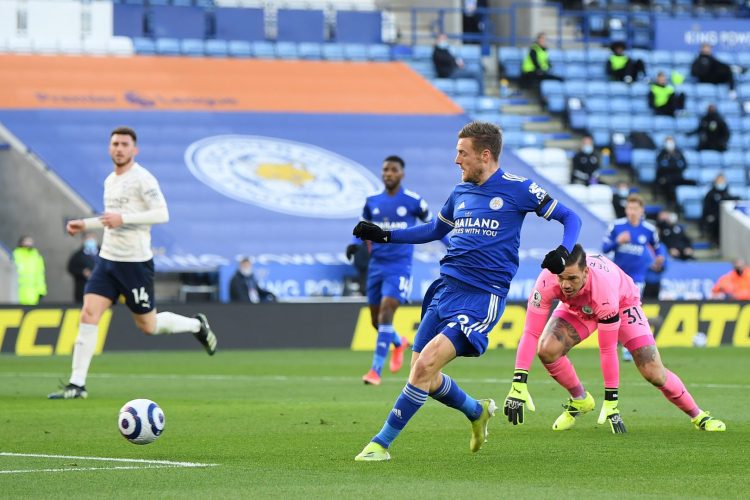 It’s impossible to say anything bad about Vardy after what he’s done for a club like Leicester over his many years with the organization. He continues to be the key to the club’s attack, and although his goals have declined slightly in 2020/21 he has managed to up his assist count for a new career-high. 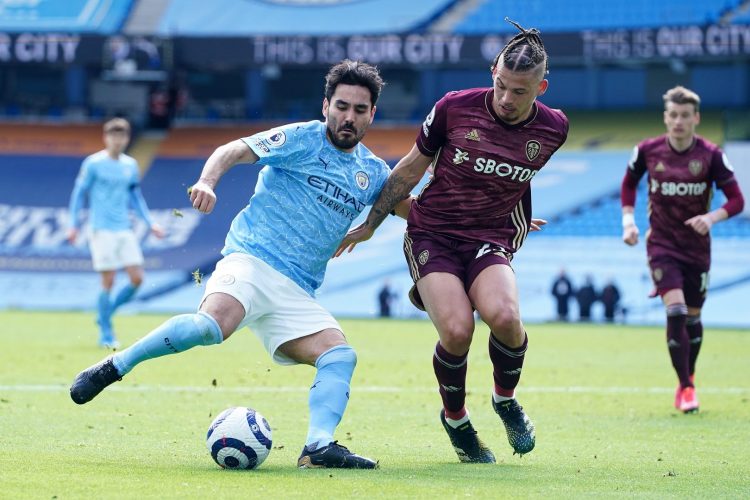 At 30 years old, Gundogan has really found his form for Man City in his fifth season with the club. His 12 goals in England’s top flight have been some of the best you’ll see, and he’s lifted the Citizens into another gear with Sergio Aguero having missed a lot of the year due to injury. 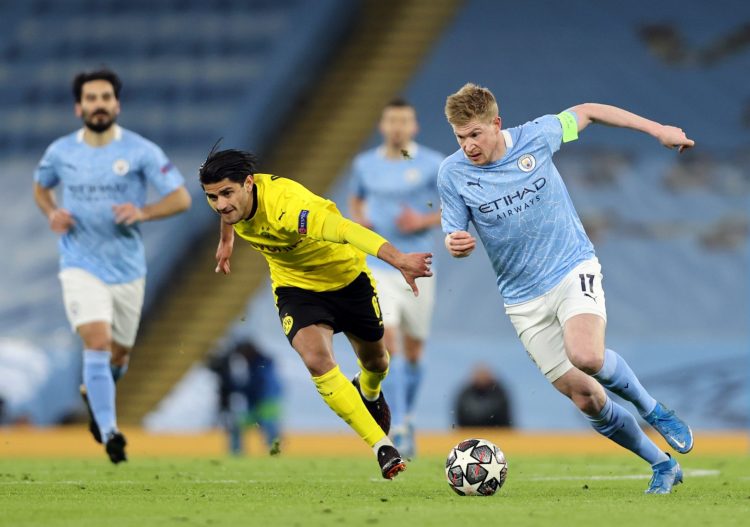 De Bruyne has been among the best in the Premier League for years and somehow his form never seems to dip. The Belgium international continues to be influential in the City attack, and that’s why they’ve run away with the Premier League this season and remain the Champions League yet again. 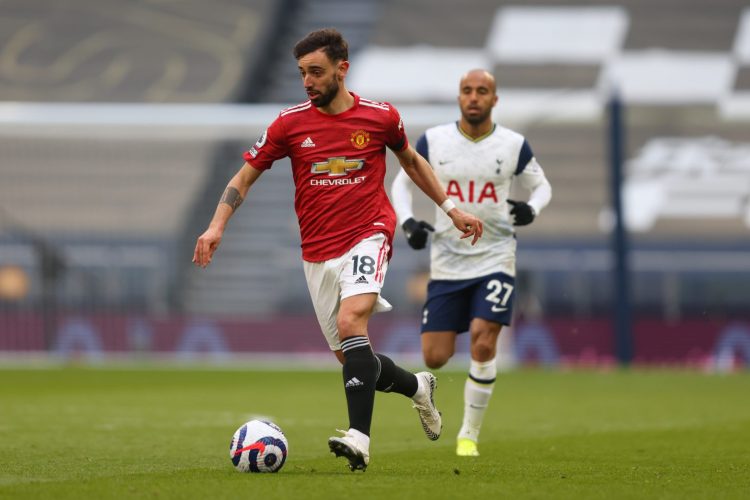 There’s something about United having incredible success with Portuguese players. We all know Cristiano Ronaldo and Nani in the past, but Fernandes has been absolutely lethal since joining the Red Devils last year.

His 16 goals and 11 assists have United firmly in second place this season, and they’ll certainly be a challenge in Europe next year as the club returns to its form of old. 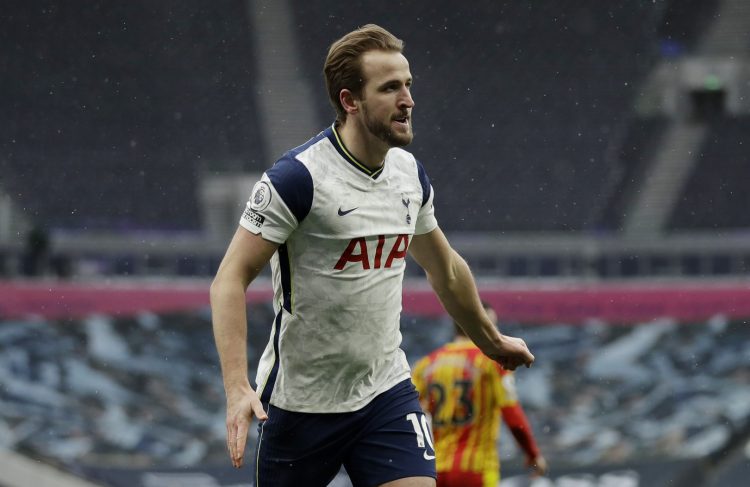 Take Robert Lewandowski and Erling Haaland out of the equation and Kane is the best striker on the planet. Even with the two Bundesliga goal scorers, Kane remains firmly in the conversation each season with his consistent finishing form and ability to help keep Tottenham in the mix.

Although his goal total doesn’t match that of the 2017/18 campaign when he broke the 30-goal barrier domestically, Kane is having a stellar season with his ability to make his teammates better. In addition to his 19 goals score, the Englishman has added a career-high 13 assists. He leads the Premier League in both categories.