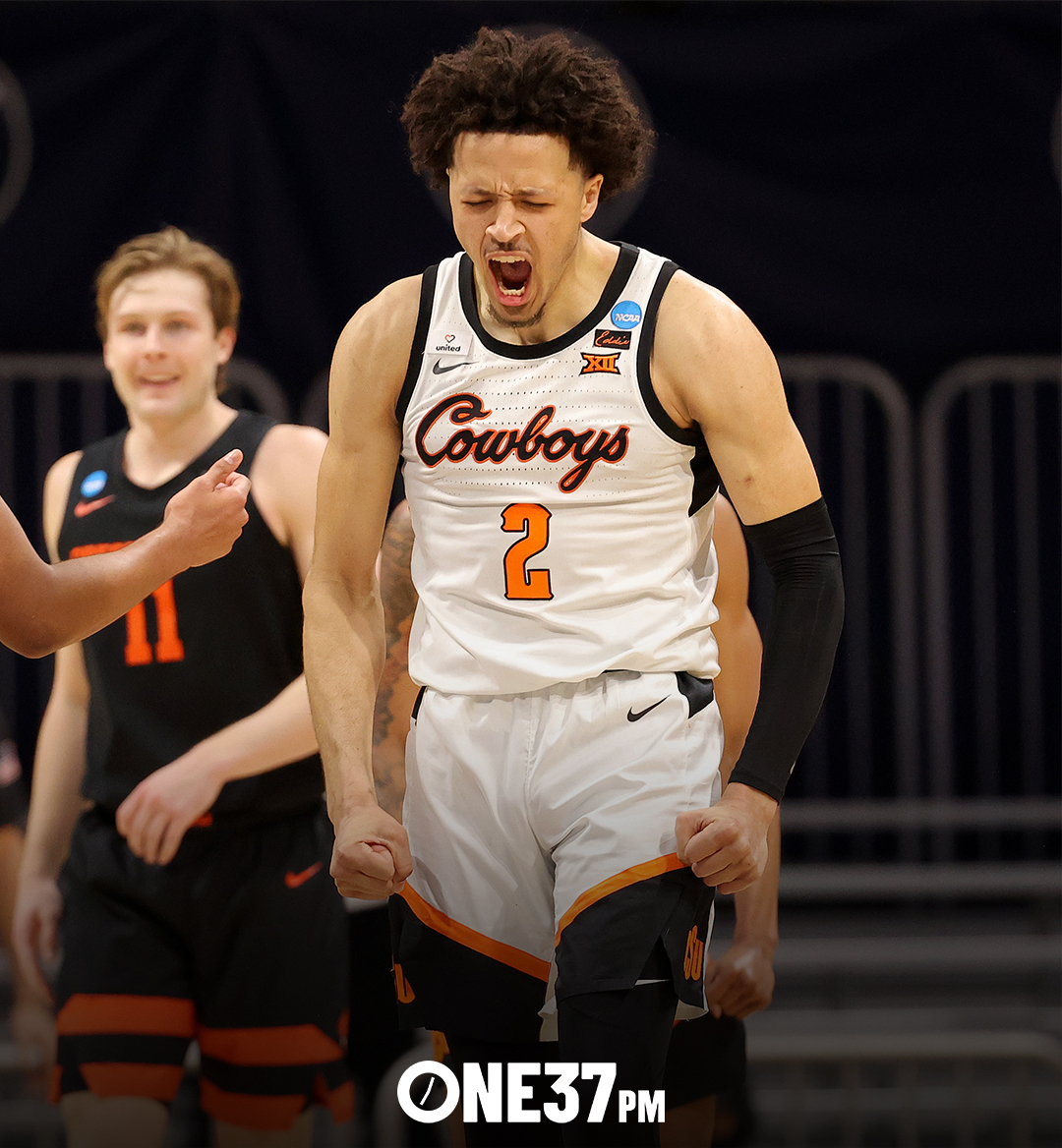 When people talk about the future of basketball, they’re talking about Cade Cunningham. As the NBA approaches its post-Lebron era, positions—and the responsibilities they entail—have become increasingly decoupled from size. The idea of a ball-dominant offensive initiator still exists, but now, the role is as likely to be filled by somebody who looks like Jimmy Butler as it is by somebody who looks like Trae Young. In this sense, Lebron’s ultimate legacy is the way that he’s broadened the horizons of primary ball-handler-dom, emboldening a generation of would-be power forwards in the process.  Last season, seven of the top 15 assisters were taller than 6’6; 20 years ago, zero of the top 15 were.

Cunningham, the 6’8 19 year-old who went number one overall in last night's NBA draft, fits snugly within today’s lineage of big playmakers. It’s probably reductive to call him the American Luka Doncic, but it’s not wholly unfounded. Through college and high school, he spent the bulk of his basketball education discovering how to manipulate the arrangement of the court. His moves are calculated—he plays with a learned prescience, an understanding of how his actions force equal and opposite defensive reactions. Although he posted a negative assist-to-turnover ratio last season, that was more of an indictment of his circumstance than his ability. Opposing defenses, unworried by the future I.T. guys and accountants who were his Oklahoma State teammates, focused solely on harassing Cunningham; he could’ve easily doubled his average of 3.5 assists per game if his teammates simply missed fewer shots.

Whereas most young primary ball handlers play with an overflow of turnover-prone bravura as their imagination writes a check that their body can’t cash, Cunningham’s defining trait is his steadiness. Rather than stubbornly trying to manifest the spectacular, he’s simply a conduit for good outcomes. To a degree, Cunningham’s approach can resemble that of a jumbo Chris Paul, ably directing the offense with unflagging competence.

Still, Cunningham is no game-managing checkdown merchant. He’s not a passive or cowardly decision-maker—he’s a realistic one, capitalizing on the opportunities that present themselves on the court rather than the ones that only exist in his own head. Thanks to the ways that offenses have weaponized shooting and spacing, it’s nearly impossible for defenses to remain structurally sound for an entire possession; every defense will show cracks, but the great ones can seal them faster. Subsequently, his playmaking aptitude stems from his ability to identify quickly when and where an advantage is available. With the ball in his hands, he’s not so much playing basketball as he is playing Duck Hunter, instantly spotting targets as they pop up and rifling them the ball.

During his lone season at Oklahoma State, Cunningham developed into an elite isolation scorer and he was the Big 12’s leading scorer with 20.2 points per game.  Lacking the propulsive first-step of a Russell Westbrook or the elastic ball-handling of a Kyrie Irving, Cunningham’s scoring arsenal is built around his jumper as he draws from a menu of side-steps and step-backs. Once considered a mediocre shooter, Cunningham turned this aspect of his game into a major strength, ranking in the 62nd percentile on shots off the dribble and in the 90th percentile on shots off the catch, per Synergy Sports. Even without his excellent passing, Cunningham would qualify as an elite prospect thanks to his scoring alone; his combination of size, shot-making and self-creation is reminiscent of Devin Booker or Khris Middleton, two Olympians who combined to average over 50 points per game in this year’s Finals.

Defensively, Cunningham is more solid than spectacular; the same awareness that enables him to be such a perceptive passer also manifests itself on defense. While he doesn’t quite have the waterbug quickness to mirror agile guards or the vertical pop to pin shots against the backboard, he wins with size and smarts, ranking in the 85th percentile guarding isolations. Operating within his team’s scheme as a help defender, he speedily processes the action and rotates to quell any threat by clogging passing and driving lanes with his seven-foot wingspan. As such, his defense is prophylactic rather than reactive—he doesn’t erase offensive chances as they occur; he discourages them from happening in the first place.

In a draft full of should-be stars, Cunningham is unique because he’s an amalgam of his contemporaries; there are better scorers, defenders, athletes and passers in the draft than Cunningham, but nobody else can even come close to approximating his all-around goodness. More, he’s perfectly synchronous with the direction in which the NBA is moving. For the NBA’s first 50 years, the key to success was finding a transcendent big man; in the wake of Michael Jordan, teams pursued guys who could most effectively ape the aesthetics of MJ. Now, is the age of the Big Guard, supersized ball-handlers whose alloy of skill and physicality makes them a permanent mismatch—quick enough on the perimeter to elude anyone bigger, strong enough in the paint to mash anyone smaller. The NBA’s newest space race is the hunt for players like Cunningham who can thrive in every space.