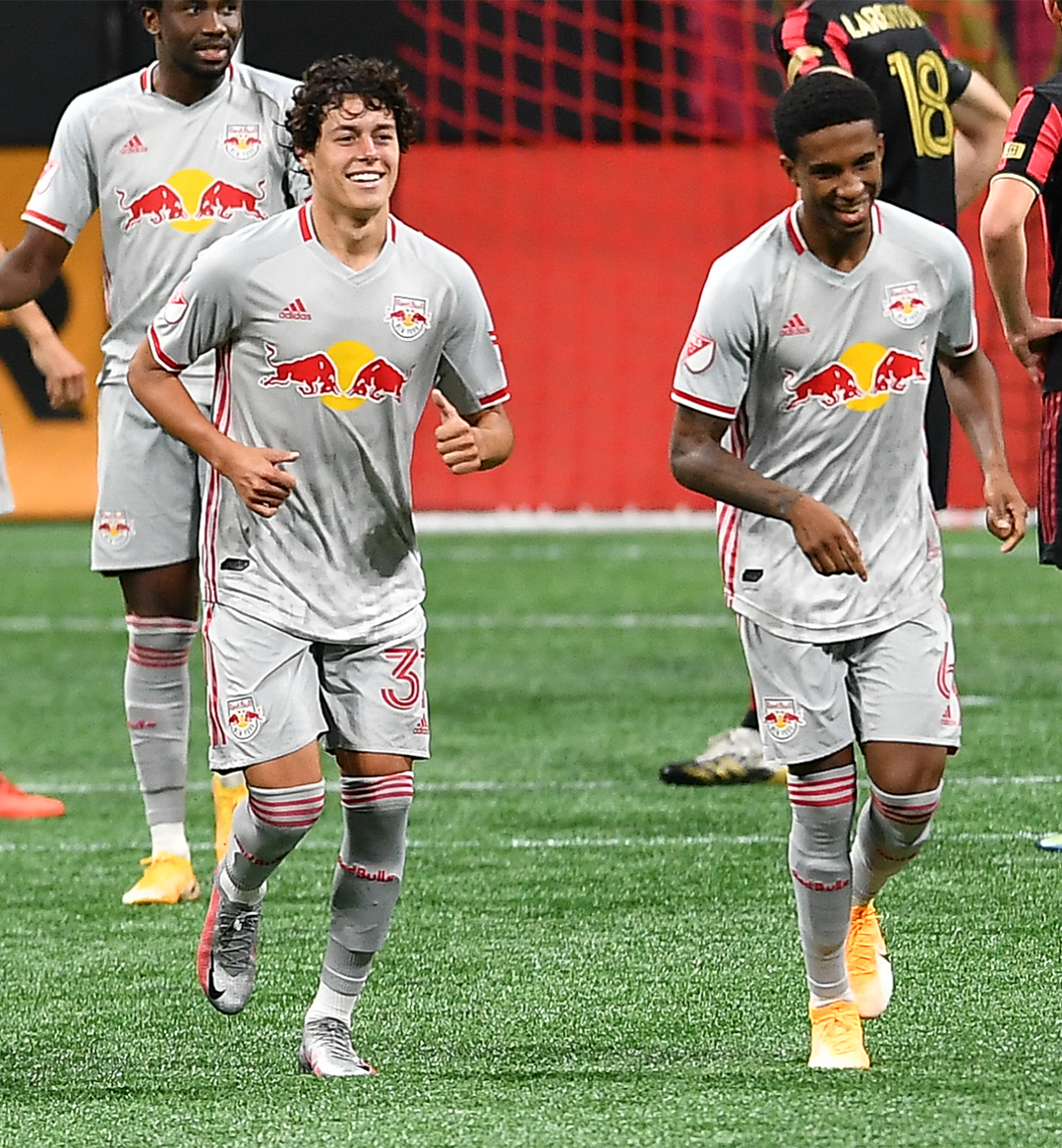 The New York Red Bulls are a club known for developing young talent and creating stars in preparation for big futures outside of Major League Soccer.

They’ve done it with superstar goalkeeper Tim Howard during the MetroStars era and more recently with players like Jozy Altidore, Matt Miazga and Tyler Adams -- each of whom have represented the U.S. Men’s National Team.

The current Red Bulls squad is quite young, and speaks volumes about the belief the club has in its developing talent heading into the 2021 season.

Caden Clark is one of five teenagers involved with the Red Bulls’ first team, and his quick rise with the organization is worth monitoring as he becomes more of a household name within MLS.

When the Red Bulls acquired Clark from Minnesota United for $75,000 in General Allocation Money (GAM) last season, it was without hesitation that the 17-year-old quickly became involved in Red Bulls II -- the club’s USL Championship side -- and soon after the organization’s senior team.

Clark suited up for the Red Bulls in the team’s 1-0 win over Atlanta United the same day he officially signed his MLS contract with the Eastern Conference side. Not only that, he scored a debut goal that most players could only dream of, which sparked the buzz around the Minnesota native.

“It was such a weird situation because I had to quarantine right before that game in Atlanta,” Clark told One37pm. “The whole day seemed surreal in a lot of ways and to score that goal made it that much better. I was happy to help the team and really earn the trust of my teammates right away.

"All the older guys really helped me out. Sean [Davis] was like 'we got your back and you're obviously here for a reason' so those kinds of things helped me in that first game.

"Sometimes you know those things deep down, but it definitely gives you that reassurance and it was very useful to me being the new guy in the team."

Clark’s journey to the Red Bulls has been quite different than many of the stars of the past though. The young midfielder didn’t come through the club’s well-established youth academy, but instead spent his early teenage life with Barcelona’s Residency Academy in Arizona for two-and-a-half years.

It was during that time that he began to prepare for life as a budding professional and that meant showing up to training on time, living in a dorm with teammates and developing his skills on the field, which have become a major talking point for Red Bulls’ most exciting prospect.

The idea of playing at a club as renowned as Barcelona would be tempting for almost any young player looking to establish themselves in the sport, and Clark was afforded the opportunity to travel to Spain on a number of occasions to further his relationship with the club and see what life would be like at the historic La Liga side.

Having the opportunity to see soccer across the world is something a lot of us would do anything for. Those La Masia players are some of the best in the world at our age. It gives you something to aspire to and makes you want to be the best you can be on a personal level.

Clark did receive an offer to play for Juvenil A, Barca's under-19 team which headlines the organization's La Masia youth structure. However, Clark and his family didn't feel the opportunity was "best suited for the future" and instead he opted to join the Red Bulls.

Although the chance to play with Barcelona may be on the hold for now, Clark says that he did meet several club legends during his travel abroad including former defender Eric Abidal. He also relished the opportunity to play with star winger Ansu Fati, who has quickly become one of the most exciting prospects in Europe.

For Clark, there’s no question that the opportunities abroad may be nearing after his fast success in MLS and the bar that’s been set by so many recent Americans in the top five leagues across Europe.

The teenager has been strongly linked with a move to parent club RB Leipzig in Germany’s Bundesliga, where former Red Bull Adams currently resides.

Reports suggest Clark could complete a move with the Bundesliga outfit that would send him to Germany as soon as next season, although Clark remains mum on the situation and recognizes the magnitude of being linked with such moves abroad.

"I know that for me to get over there I need to have an amazing season here with the Red Bulls,” Clark said. “It starts very soon, and if I can do that then it opens up those chances. Having team success creates individual success for me to make that transition, whenever that may be.”

Clark’s ambitions extend beyond playing a part in one of the top leagues in the world though. At 17, Clark will likely figure into the USMNT picture very soon, and nearly received a call up to the under-23 team that recently went through Olympic qualifying in Mexico.

"Being involved in the national team is something that I expect from myself," Clark said. "Club wise in five years I'll be 22, 23, which is crazy to think about, but it's everyone's dream to play in the best competition in the world; Champions League.”

It’s safe to say Clark knows what he wants, and he’s very much on pace to making his ambitions a reality as he and the Red Bulls prepare for another season.