Is "Dame Time" Over in Portland? 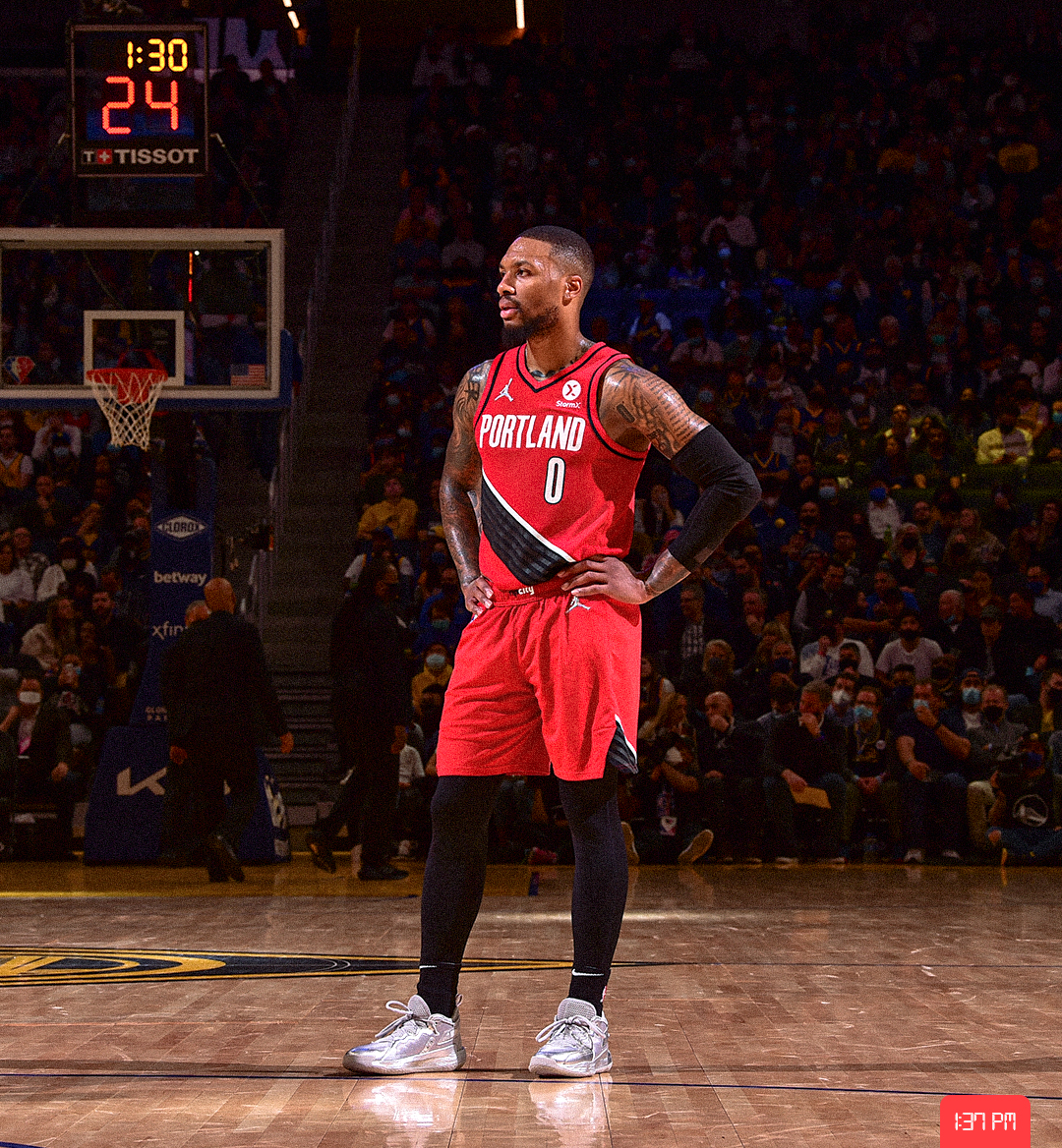 Damian Lillard has always positioned himself as the league’s tragic hero. Whereas his contemporaries teamed up and thirstily chased rings, Lillard self-excluded himself from the championship race, monastically devoting himself to losing playoff series in Portland rather than trying to win them anywhere else.

And for the most part, this exercise in myth-making has worked—Lillard has parlayed his anachronistic civic loyalty into contracts worth hundreds of millions of dollars, a signature shoe deal and a spot on the NBA 75 list. Whereas most players are pilloried and ridiculed for not winning, Lillard’s ringlessness has become the foundation of his brand. Oddly, perennial losing doesn’t make Lillard the target of Twitter mockery or Boomerific disdain about Not Wanting It Enough; instead, it’s a perverse badge of honor that offers proof of his fidelity or realness or whatever. If you ask Lillard, there’s beauty in the struggle, meaning in the grind beyond what could be measured by wins and losses. This august unsuccess—the valiant attempts to avoid inevitable defeat, the constant repudiation of how teams win today— has become the defining aspect of Lillard’s public image, a parallel auto-fiction that rewrites losing into virtue. At this point, the ideas of being a winner and the popular conception of Damian Lillard are practically incompatible.

But if there were ever a time for Lillard to demand a trade to a contender, it would be now: Portland is 11-14 with an overmatched head coach who the fans hate and a power vacuum in their front office. To wit, their defense is the worst in the league, a scheme-agnostic oil spill that’s been equally futile deploying both last year’s conservative approach and this year’s aggressive one. In an attempt to prevent opposing offenses from going nut-nut, the Trail Blazers have surrendered first round draft picks for Robert Covington and Larry Nance Jr during the last two off-seasons, banking that these multi-use forwards could nudge the defense towards coherence. It hasn’t worked!

At 31 years-old, Lillard is struggling through perhaps the worst year of his career. Even accounting for a recent heater that netted him Western Conference Player of the Week, his true shooting is nearly six percentage points below his career average. The NBA’s anti-grifting reform has hit Lillard especially hard—his 4.5 free throws per game are the lowest since his rookie year and down dramatically from last year’s 7.3. More, new head coach Chauncey Billups has curiously scaled back Lillard’s pick-and-roll usage—last year, he generated 1.07 points per possession on the 12 players per game that he finished as a pick-and-roll ball handler in last season;now, he only produces .88 points per possession on his 8.9 tries per game.

With the good vibes of Portland’s appearance in the 2019 Western Conference Finals firmly in the past, though, it’s clear that Lillard is feeling increasingly stuck. He’s hemmed in by his contracting realm of the possible, immuring himself in catacombs of his own creation; the Trail Blazers stink, but he’s too inextricably tied to the franchise and too vehemently anti-super team to leave gracefully. Accordingly he’s agitating for major trades, as if he's just now realizing that pyrrhic victories are the same as losses. But still, the difference between Portland and the NBA’s elite can’t be bridged by merely swapping CJ McCollum for some guy better than CJ McCollum. If Lillard cares as much about winning as he claims, he would leave Portland. It’s time for him to decide what’s more important: Damian Lillard the Player or Damian Lillard the Persona.