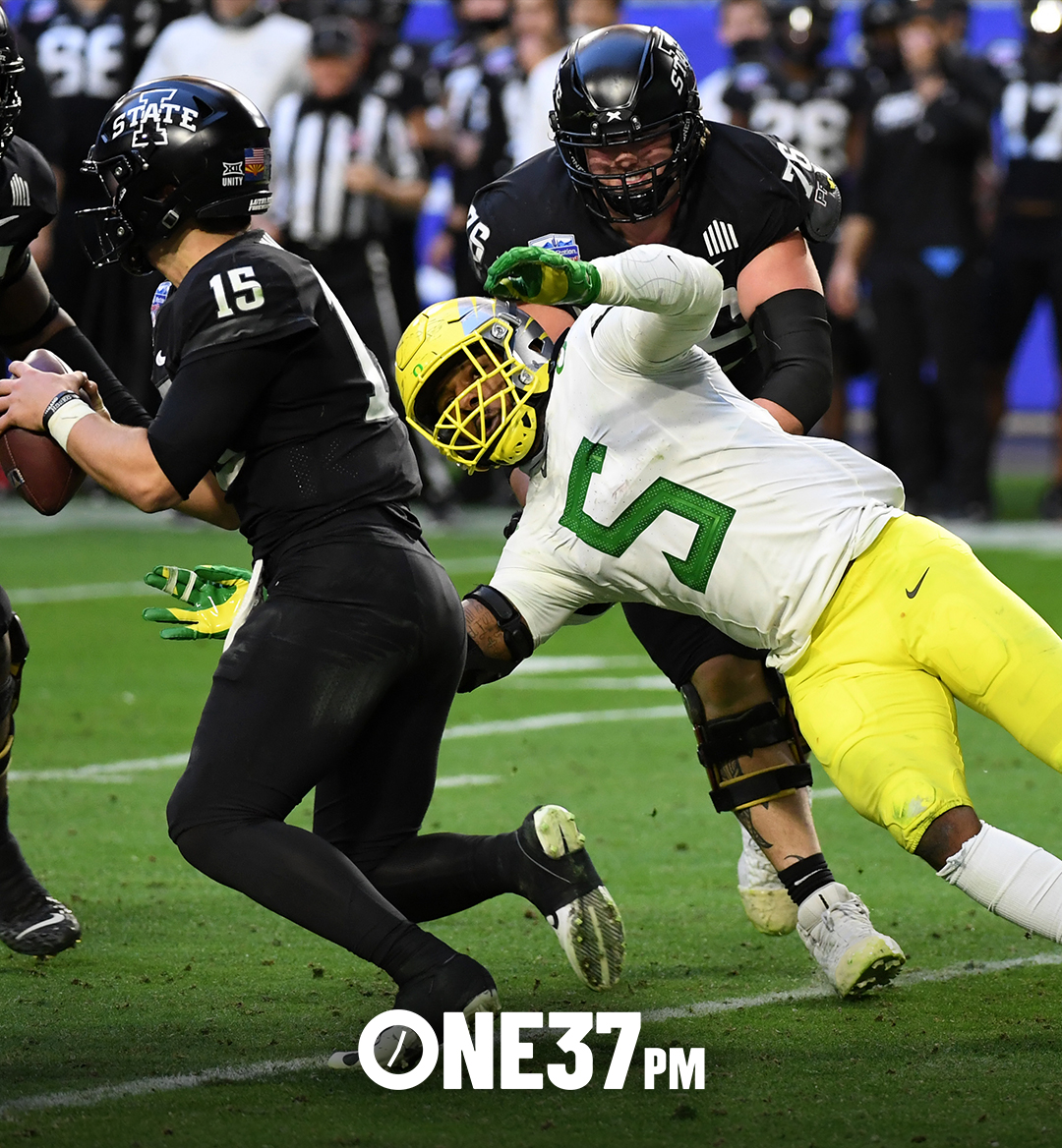 As the college football season comes to an end, we get closer and closer to championship season and after that, it’s NFL draft season. This year’s draft has elite talent on defense and some explosive offensive talent. Here are my top five NFL draft prospects.

Kayvon Thibodeaux is easily the best player in this draft. He’s a force of nature unlike anything seen before. Standing 6’2 and weighing 250 lbs, he possesses elite power, and athleticism. He consistently shows the ability to beat offensive lineman in a variety of ways. In an NFL where many teams run option reads, EDGE players (pass rushers who either play defensive end or outside linebacker depending on their team’s defensive scheme) need to have the ability to stay at home, run down the line of scrimmage, set the edge without being out-flanked. Thibodeaux checks all those boxes. In just seven games this year, Thibodeaux already has six sacks and 10 tackles for loss. Ridiculous. He’s undoubtedly the best player in this draft. 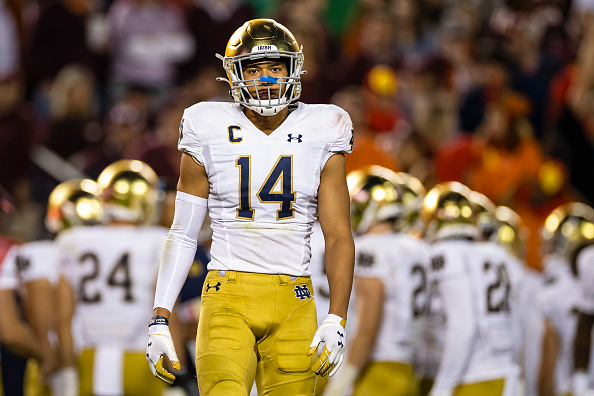 Notre Dame safety Kyle Hamilton is an elite prospect with no discernible weaknesses in his game. A rangy hybrid linebacker/safety who fits perfectly in modern NFL defenses, Hamilton is a great tackler and also has elite ball skills. His versatility is what makes him so unique as prospect since he can be lined up anywhere on the second and third levels of a defense. Hamilton’s best trait is his ability to play in space—whether it be covering in an isolated situation or being the last line of defense before a ball-carrier sees nothing but green grass, Hamilton consistently makes the play. Expect him to go somewhere in the top five. 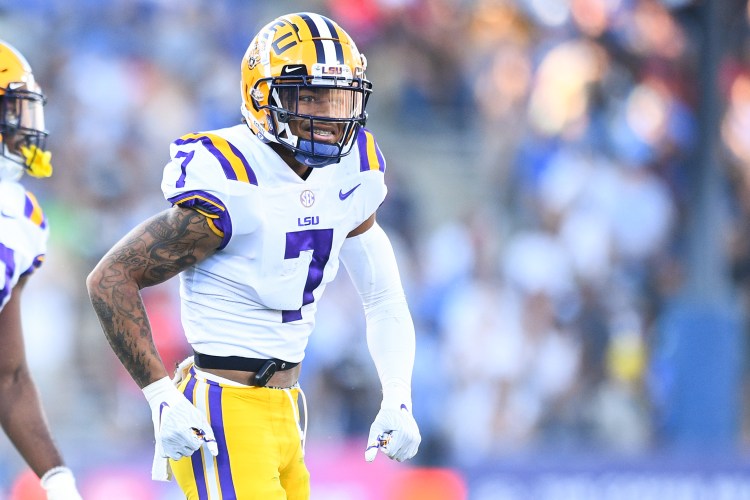 Derek Stingley Jr is now a three year starter at LSU. During his freshman year he grabbed six interceptions and was easily the best cornerback in the nation. Since then, he’s only played in ten games in two seasons. However, he’s still a top five prospect in this draft. Stingley is sticky in coverage and has elite ball skills. His best trait is his ability to stay calm and not panic when the ball is in the air. Stingley is also a pretty solid tackler. Stingley is third on this list, and don’t expect him to be drafted any later than seventh. 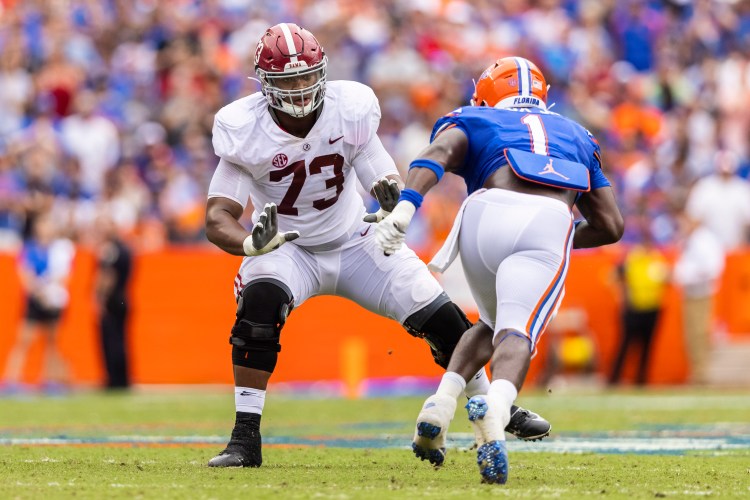 Alabama Offensive tackle Evan Neal is a massive human. Despite being 6’7 350 lbs, Neal is a fluid, nimble athlete, showing no issues reaching the second level when necessary. Additionally, he’s an elite pass blocker. It's remarkable to watch a guy at his size have zero issues dealing with speed rushers; no matter who he’s lined up against, Neal stays patient and doesn’t overextend. More, Neal also has experience at left tackle and right and hasn’t missed a beep at either, making him the best overall offensive lineman in this draft. With young quarterbacks continuing to be handed the reins earlier and earlier in their career, expect a franchise left tackle like Neal to be off the board within the first ten picks. 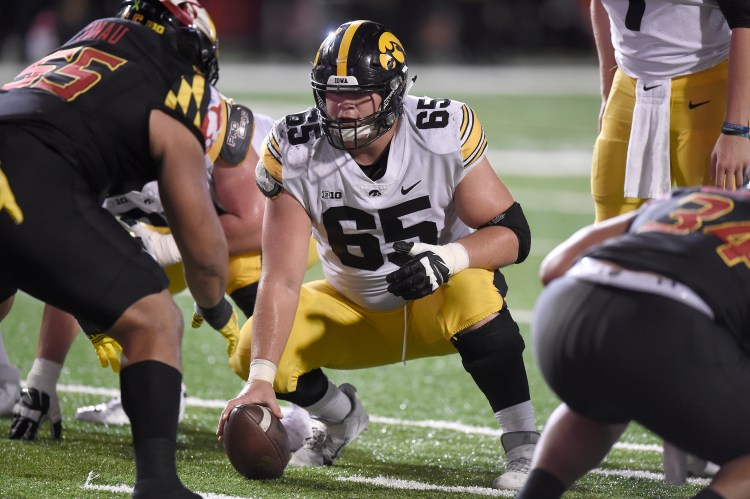 Traditionally, offensive linemen have either been smash mouth maulers or relatively smaller athletes who have athleticism and smarts. In theory, the ideal offensive linemen would be able to blend those two archetypes, able to win with both power and finesse; Iowa center Tyler Linderbaum is that guy. Linderbaum is built like a wall at 6’3 291 lbs. He shows elite power and short area quickness. On plays that go outside on the boundary, or plays where he has to double team then go to the second level to block a linebacker, he executes precisely and effectively. He consistently shows the ability to be successful. Linderbaum played defensive line early in his career but has since been converted to center for the Hawkeyes. Since becoming the starter in 2019, Linderbaum has played just about every game, giving him a wealth of experience, an important trait for any center. Linderbaum will be the first interior offensive lineman selected and shouldn’t go outside the top 10-12.