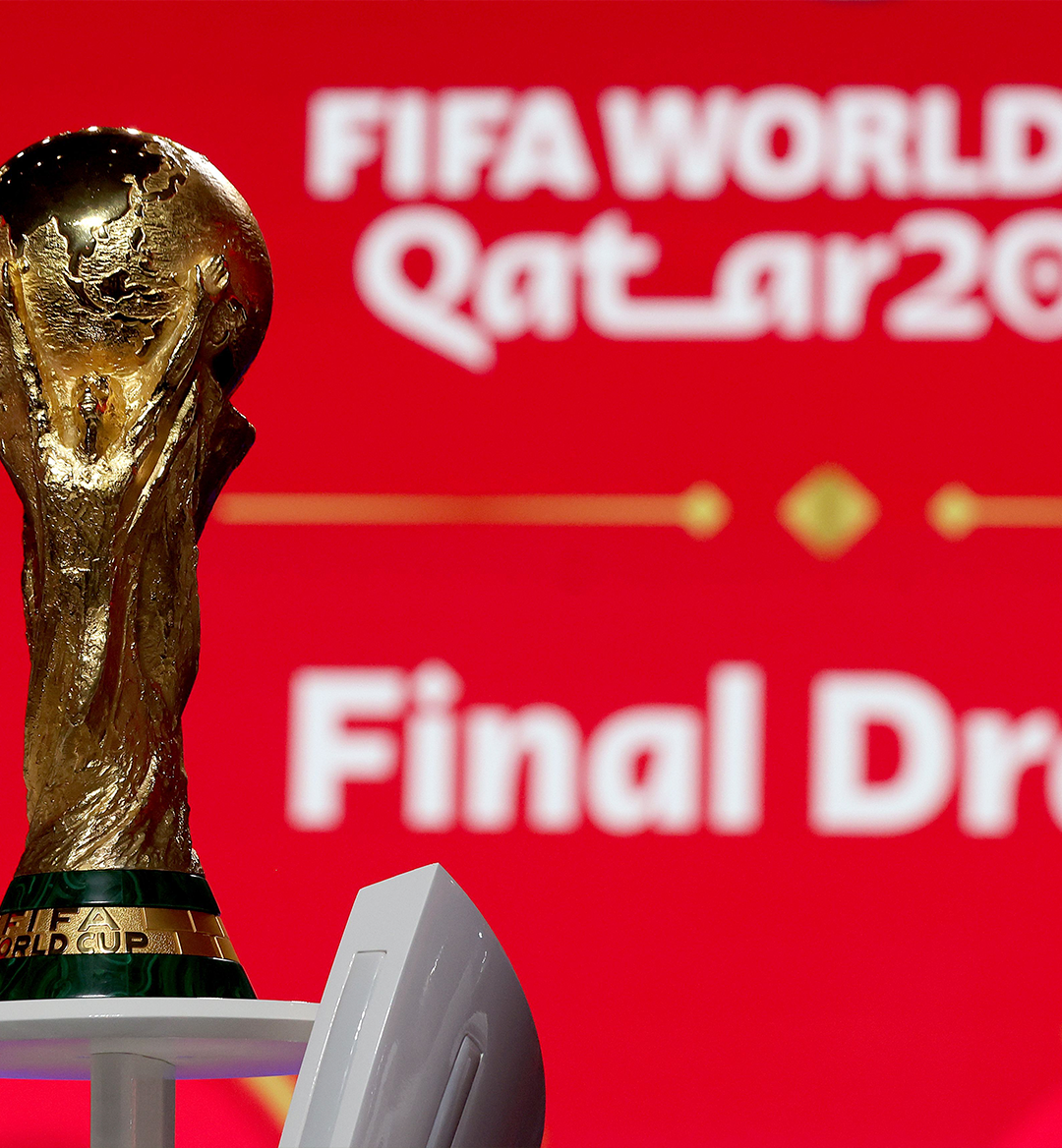 The 2022 FIFA World Cup will kick off in Qatar in nearly seven months and now we can start fully preparing for the craziness that will ensue.

This World Cup marks a return for the U.S. Men's National Team, led by Christian Pulisic and Weston McKennie.

The Americans are joined by fellow Concacaf sides Canada and Mexico, while Costa Rica still has the opportunity to qualify if they can beat New Zealand in an intercontinental playoff.

Here's a look at all eight groups ahead of the 2022 World Cup.

The hosts reached their first World Cup in 2022 by virtue of hosting the competition and now Qatar will be looking to make some noise on home soil.

The South American nation is revitalized heading into 2022 after having a strong World Cup qualifying campaign. Piero Hincapie and a rejuvenated young core gives Ecuador an edge.

The African champions have an opportunity do serious damage in Qatar with Sadio Mane, Edouard Mendy and Kalidou Koulibaly among the stars in the squad.

The Dutch boast a strong back line led by Virgil Van Dijk and if they can find consistent scoring up front they c0uld shock some people in Qatar.

The Three Lions have been knocking on the door for some time and England fully deserve to be in the title conversation with many stars throughout their squad.

The U.S. has one of the top youth pools in world football at the moment and now that they're back at the World Cup the Americans need to back up their qualifying campaign with a strong showing in Qatar.

The Middle Eastern side always boasts a top defensive unit and they make life very hard for attacking teams.

Lionel Messi and Argentina have been one of the most successful teams in the world over the past two years and ride a 31-game unbeaten streak heading into Qatar.

Saudi Arabia will appear in its sixth World Cup after qualifying from Asia and they're one of the few countries that consists of all domestic-based players.

El Tri qualified after finishing second in CONCACAF and despite not looking their best at times, Mexico is always a dangerous side when they get to the world's biggest stage.

Poland has something that no other country boasts; Robert Lewandowski. The European nation has reached the knockout phase on four occasions and with the Bayern Munich star at the helm perhaps they can make another run.

The defending World Cup champions are loaded with talent and it starts with Kylian Mbappe, who continues to evolve into one of the world's best players.

The Danes captured the world's hearts at Euro 2020 and now they'll be viewed as legitimate dark-horse candidates after the return of Christian Eriksen.

The African nation reaches its sixth World Cup and young Man United midfielder Hannibal Mejbri will be one player to potentially watch for Tunisia.

A promising youth core led by Pedri, Gavi and others gives Spain plenty of reason to think they can compete for a title in 2022.

The Japanese almost always put on a show at the World Cup and 2022 will surely continue that trend with Takumi Minamino and Takefusa Kubo leading the way.

Hansi Flick's side cruised through World Cup qualifying and with a group of talented young players led by Kai Havertz and Jamal Musiala the European nation has plenty of promise.

The Red Devils are going to need Kevin De Bruyne and Romelu Lukaku to step up in big ways if Belgium wants to finally climb the mountain and win its first World Cup.

The Canadians could be one of the biggest underdogs in the competition with young stars like Jonathan David and Alphonso Davies leading the way. The North American side finished atop CONCACAF qualifying and heads to only its second World Cup.

Achraf Hakimi will be the big name that many recognize for Morocco, but this team doesn't concede many goals and that will present challenges for anyone that faces them.

After reaching the 2018 World Cup final, Croatia still has a strong midfield that can compete with any top nation. Luka Modric has been immense at Real Madrid and he'll look to carry that form over.

The South American side is competing in its record 22nd World Cup and Neymar and Co. will look to back up their perfect record during CONMEBOL World Cup qualifying.

The Swiss always seem to find ways to exceed expectations and perhaps they can follow up their strong Euro 2020 with another good showing in November.

The European nation could be one of the most underrated squads at the World Cup with Dusan Vlahovic and Aleksandar Mitrovic among the side's elite attacking talents.

The African side is led by Vincent Aboubakar and Cameroon is a very dangerous side because of how quickly and efficiently they can attack.

It's not certain if this will be Cristiano Ronaldo's final World Cup, but Portugal needs to make a deep run with the strong side they possess.

The Black Stars have become synonymous with World Cup success over recent tournaments and they'll be back on the biggest stage in Qatar.

This could be the last go around for Uruguayan stars like Luis Suarez and Diego Godin, but make no mistake, the South Americans have plenty of younger talent to put them on the path for a deep run.

Son Heung-Min is one of the most recognizable players for South Korea and they'll be extremely fun to watch in the attacking third.