Is a Golden State Warriors' Championship Inevitable This Season? 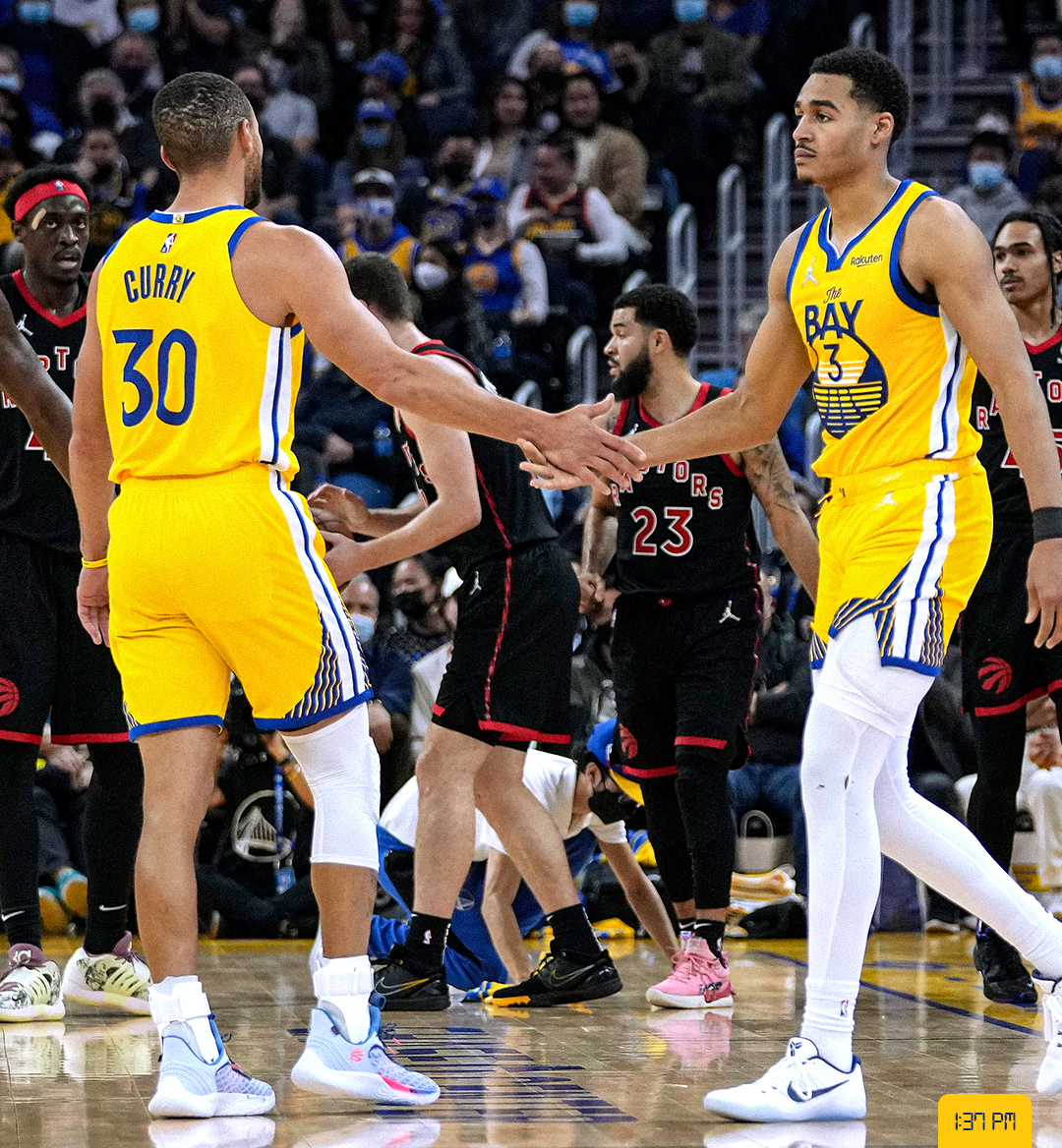 After a brief two-season sojourn as a normal basketball team, the Golden State Warriors have once again decided to simply stop losing games. At 18-2, the Warriors have revived their brand of incandescent goodness; their +13.6 average margin of victory is the highest in NBA history. Even if Stephen Curry and Draymond Green are the only truly meaningful holdovers from Golden State’s dynastic outfits of the late 2010s (at least until Klay Thompson returns), the Warriors have proven to be a Ship-of-Theseus-ass team, silently replenishing their rotation with productive, well-fitting pieces. This isn’t the exact same Warriors’ team in either form or function, but it hums at a similar frequency nonetheless.

In this sense, this year’s roster is essentially unchanged from last year’s playoffs-missing squad—nearly every member of last year’s rotation has returned besides Kelly Oubre Jr. But if last season felt like a semi-convincing cover band strumming their way through the Warriors’ catalog, this year marks the return of the genuine article; their minor offseason tweaks have borne major results. At the most basic level, the Golden State Warriors look like the, uh, Golden State Warriors. They’ve become so comfortable with their dominance that their historic greatness feels quotidien; they play with such precision that even their characteristic whimsy carries a casual cruelty.

Unsurprisingly, the Warriors are fueled by the twin genius of Stephen Curry and Draymond Green. In fact, Curry and Green have the best net-rating of any high-minutes duo in the NBA, outscoring opponents by 17.6 points per 100 possessions when they share the court. To a degree, they represent inversions of each other: Curry is the greatest and most unique offensive player of this generation and Green is the greatest and most unique defensive presence; Curry stresses enemy defenses to the point of rupture and Green ensures the continued stability of Golden State’s own defense.

Like a shirt from Dan Flashes, the Warriors’ offense is so good because it’s so complicated.  Split cuts, horns sets, short rolls: they’re playing the hits. Whereas Curry’s contemporaries like James Harden or Damian Lillard derive most of their value from their ball dominance, Curry is the league's leading scorer in large part because he’s an active and incendiary cutter without the ball—he scores an NBA-best 5.8 points per game from off-screen actions alone. Guarding the Warriors tests the limits of human perception. You need to be ever-vigilant to shadow Curry as he traces his cursive path through the frontcourt and then you also have to navigate the latticework of screens that he dips through and then you also have to account for the battery of screens that he sets and then you also have to hedge aggressively if Curry shakes free and then also—oh, shit, somebody lost sight of Gary Payton II and he’s soaring for yet another dunk.

As such, the Warriors have filled out their rotation with a mix of veterans and young guys who can capably splash around in Curry’s wake. Since Curry alone demands so much attention, it’s more important that the rest of the Warriors can find ways to frolic in pre-made open space than that they create it themselves. For the most part, they’ve eschewed conventional wisdom, prioritizing know-how and off-ball savvy over monochromatic spot-up shooters with perfunctory ball skills.

In this fertile biome, Jordan Poole and Andrew Wiggins have enjoyed career-best seasons as Curry’s primary support staff. A zippy third-year shooting guard, Poole has emerged as the early favorite to be named the NBA’s Most Improved Player, averaging 18.1 points per game in the process. Similarly, Wiggins racks up 19 points per game as he works to shed the torpidity that’s prevented him from truly becoming Maple Jordan and finds his footing as a souped-up role player rather than a putative star. Together, Poole and Wiggins introduce some shot-making chutzpah to an offense that can sometimes become worryingly Curry-centric. The pair may be relative newcomers to Golden State, but both have internalized the wending cadence of the Warriors’ system and expertly buzz into open spaces to attack preoccupied defenses.

While the Warriors’ offense is excellent in a familiar way (second best in the league, per Cleaning the Glass), their defense is ahistorically stingy, as evidenced by their 100.1 defensive rating, the lowest mark that any team has posted since people still played Pokemon Go. The primary reason: Draymond Green is trying hard again.

“My son is getting older, my oldest daughter -- she's 7 now -- they kind of get on my ass if we lose," Green said in a press conference. "So that's motivation. And I think for me also, I've been shit the last couple years, so my kids don't really understand how good I am. And I want them to see how good I am so they'll have an understanding.”

Draymond wants to show his kids how good he is at basketball 💙 pic.twitter.com/9l8pWgzytU

When he’s fully engaged, Green is the best defensive player alive. Sure, he maybe isn’t a spring-loaded, muscle-clad Adonis like Giannis Antetokounmpo or Bam Adebayo, but Green defangs offenses in subtler, headier ways: he's more of a deadener than a defender, quietly sapping the offense of any oomph. He’s a basketball savant with instincts that border on clairvoyance—he can suss out the signal from the noise on any given possession and stymie actions before they really begin in earnest. Beyond his virtues as a one-on-one stopper or his switchability against the pick-and-roll, Green’s greatest strength is the way that he simplifies the game for his teammates with his intelligence and versatility. Just as Curry sustains their offense, Green ensures the Warriors maintain their institutional identity on defense.

As the season creeps over the quarter-mark, the Warriors are a testament to the virtues of self-actualization. They may not have the most depth or the most sheer talent, but they rebooted their roster to create an ensemble that can operate free from any drag or inertia. In a league that’s increasingly topsy-turvy, the Warriors reaffirmed their elite status by reaffirming their commitment to themselves.