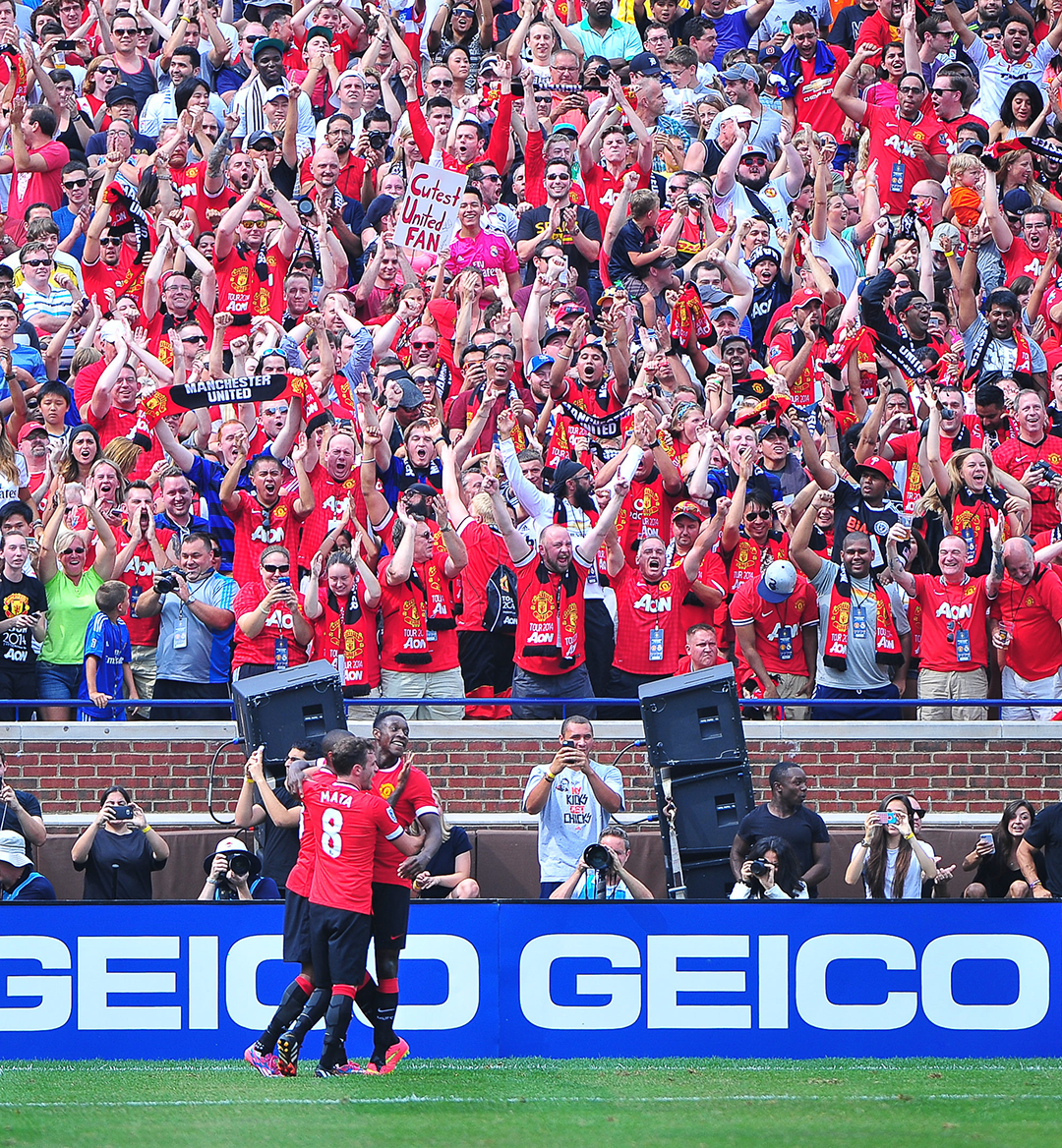 There are very few more enjoyable aspects of sports than being able to attend a match with friends and family.

Throughout the history of football we have seen some truly incredible encounters at major tournaments like the World Cup, European Championships and domestic competitions such as the FA Cup and Coppa Italia.

Teams like Manchester United, Real Madrid, Brazil and others with global appeal almost always have huge crowds when they take the pitch, but some others have proven over the years that they can shock and draw solid attendance numbers.

Here’s a look back at the 10-highest attended football matches in the history of the sport.

Prior to COVID-19, the ICC became a staple of football in the United States during the summer as notable foreign teams would make their way stateside to compete during preseason. On this occasion in 2014 though, two of the world’s biggest clubs met at Michigan Stadium and it turned out to be a huge game with Cristiano Ronaldo on the pitch. Ultimately, United won the match 3-1.

Mexico became the only team in Concacaf history to hoist the Confederations Cup trophy during this meeting with Brazil after an intense 4-3 win. To make the match even sweeter, El Tri secured the victory on home soil in front of the Estadio Azteca faithful.

The Camp Nou set its single-game attendance record on this day in 1986 after Luis Alberto netted the winner for Barcelona during the quarterfinals. Barcelona would go on to suffer a shocking defeat in the final that season against Romanian side FCSB, now known as Steaua București.

In the first official match played at the old Wembley Stadium, the game was actually delayed nearly an hour because fans had stormed the pitch in anticipation of the final. In fact, several reports suggested that attendance was actually well over 200,000, however, it was never able to be confirmed. Bolton secured a 2-0 win and their first-ever FA Cup title.

The Iberian rivalry took center stage in 1991, but surprisingly at the youth level for the Under-20 World Cup. In an intense match, it ended with a 4-2 penalty kick victory in favor of Portugal and some of the players to come out of the match were simply world class. They included Rui Costa, Luis Figo and Roberto Carlos.

In the two sides’ first encounter at the Santiago Bernabeu, Juventus came out on top against Los Blancos with 130,000 fans watching the game. To very few people’s surprise, this match still holds the record for attendance at the Bernabeu.

Bhaichung Bhutia’s impressive hat-trick proved to be the difference as East Bengal comfortably won the 1997 Federation Cup semifinals. This match was widely anticipated because it’s been known throughout the years as the Kolkata Derby.

These two historic Portuguese sides have had some battles over the years, but this encounter in 1987 topped the rest in terms of crowd turnout at the Estadio Da Luz. The stadium was later demolished in 2003, but Benfica’s victory will live on forever.

The England-Scotland rivalry gathered another layer in 1937 when the Scots pulled off a famous win on their home turf of Hampden Park. Nearly one-third of the supporters in attendance were from England, which is truly astounding given the overall turnout. The match was truly a special one as well for those that were able to watch in the crowd because BBC -- the major radio broadcaster at the time -- wasn’t able to stream over airwaves due to a contract dispute with the Scottish Football Association.

This match had so many layers to it, so it is fully deserving of the number one spot on this list. Brazil came into the game extremely confident and the federation had actually printed up 22 winners’ medals before the match even kicked off. However, Uruguay came out on top with a 2-1 scoreline. The Estadio Maracana has hosted some major fixtures over the years, but this game -- which finished just shy of 200,000 supporters -- will forever be remembered for Uruguay’s upset.