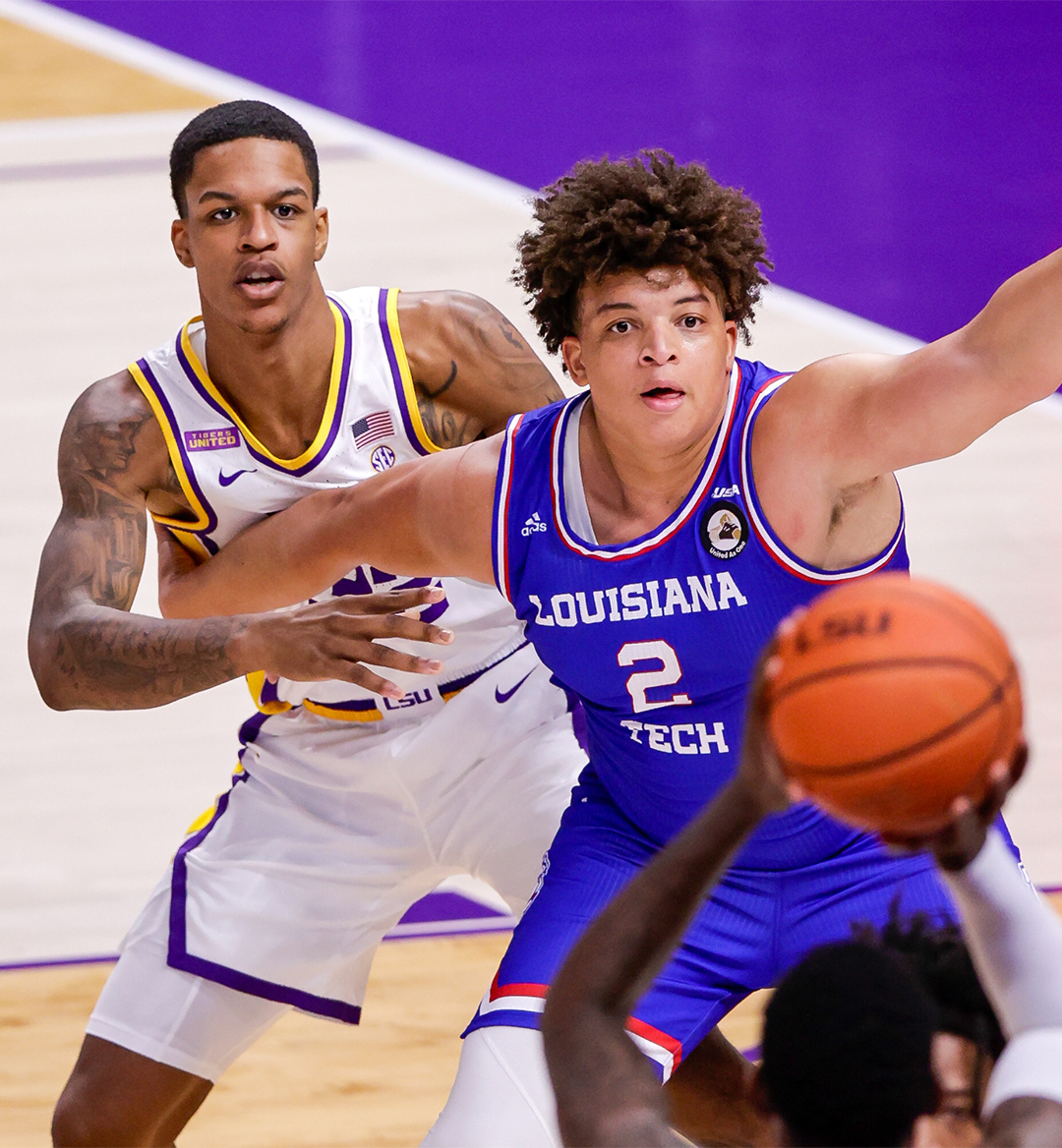 Last summer, the United States won the FIBA u19 Basketball World Cup. Unsurprisingly, the roster was loaded with talent. Chet Holmgren, the stick-bug hoops savant who’ll most likely go first overall in this year’s NBA Draft, headed the frontcourt alongside future lottery picks like Patrick Baldwin Jr. and Peyton Watson. In the backcourt, five-star recruit Kennedy Chandler split time with Jaden Ivey and Johnny Davis, who have since emerged as the two best college basketball players in the country. Here was a snapshot of basketball’s future, a Gesamtkunstwerk crafted from the country’s best Zoomer-aged hoops talent. Kenneth Lofton Jr., an unheralded 6’7, 275-pound power forward from mid-major Louisiana Tech, was the team’s leading scorer.

On a purely corporeal level, Lofton is built different. Generally, basketball demands a fairly uniform set of physical parameters—it’s hard to be a successful player without some combination of exceptional height, length, or explosiveness. Conversely, Lofton’s defining quality is his density, an all-encompassing enormity that functions as the foundation of his game. Lofton may not fit within the traditional understanding of athleticism (at any given moment, he’s probably the least-bouncy and most Kirby-shaped player on the court), but he offers a special blend of nimbleness and girth; he's found ways to turn his singular, oddball body into a wonderland.

As part of a surprisingly storied lineage of Louisiana Tech power forwards, Lofton evinces an old-school sensibility; he has made 69 unassisted shots at the rim, yet only one three-pointer. Whereas other dominant post players like Kofi Cockburn or Luka Garza simply lean against defenders until their opponent relented, Lofton introduces a touch more grace into the proceedings: he throws that ass back. Lofton has thunder in his thighs, using his posterior as a sealant and trapping his opponents on his back to prevent them from contesting his shots. His drop-steps carry a floor-clearing, seismic force, repelling defenders into irrelevancy. No player in the country has a more punishing post game. To guard Lofton is to be discarded.

Despite averaging 17.3 points and 11 rebounds per game, Lofton is undersold by his basic statistics because he only plays 26.5 minutes per game. On a per-minute basis, Lofton is the 13th-most prolific scorer and the third-busiest rebounder. Additionally, although the bulk of Lofton’s games have come against overwhelmed Conference USA teams, he’s similarly devastated high-major competition when given the chance. In the U19 World Cup Finals, he hung buckets on Victor Wembanyama, a spindly, 7’4 superhuman who is the consensus best teenage player since Lebron James. Against NC State, Lofton ravaged the Wolfpack’s big men, finishing with 36 points on 14-19 shooting; against Alabama, he collected five offensive rebounds in under 20 minutes of play.

Even if Lofton can’t replicate the NBA careers of fellow body-positive kings like Glen “Big Baby” Davis or Luka Doncic, his dominance has revealed an inherent logical rupture that’s hidden within basketball’s evolution: guys like Lofton have been so thoroughly excised from high-level basketball that teams no longer have the capacity to contain guys like Lofton. At a time where teams have almost universally adopted a headier, more skilled approach, Lofton is a hardwood Hannibal, riding an elephant and smashing through Rome.