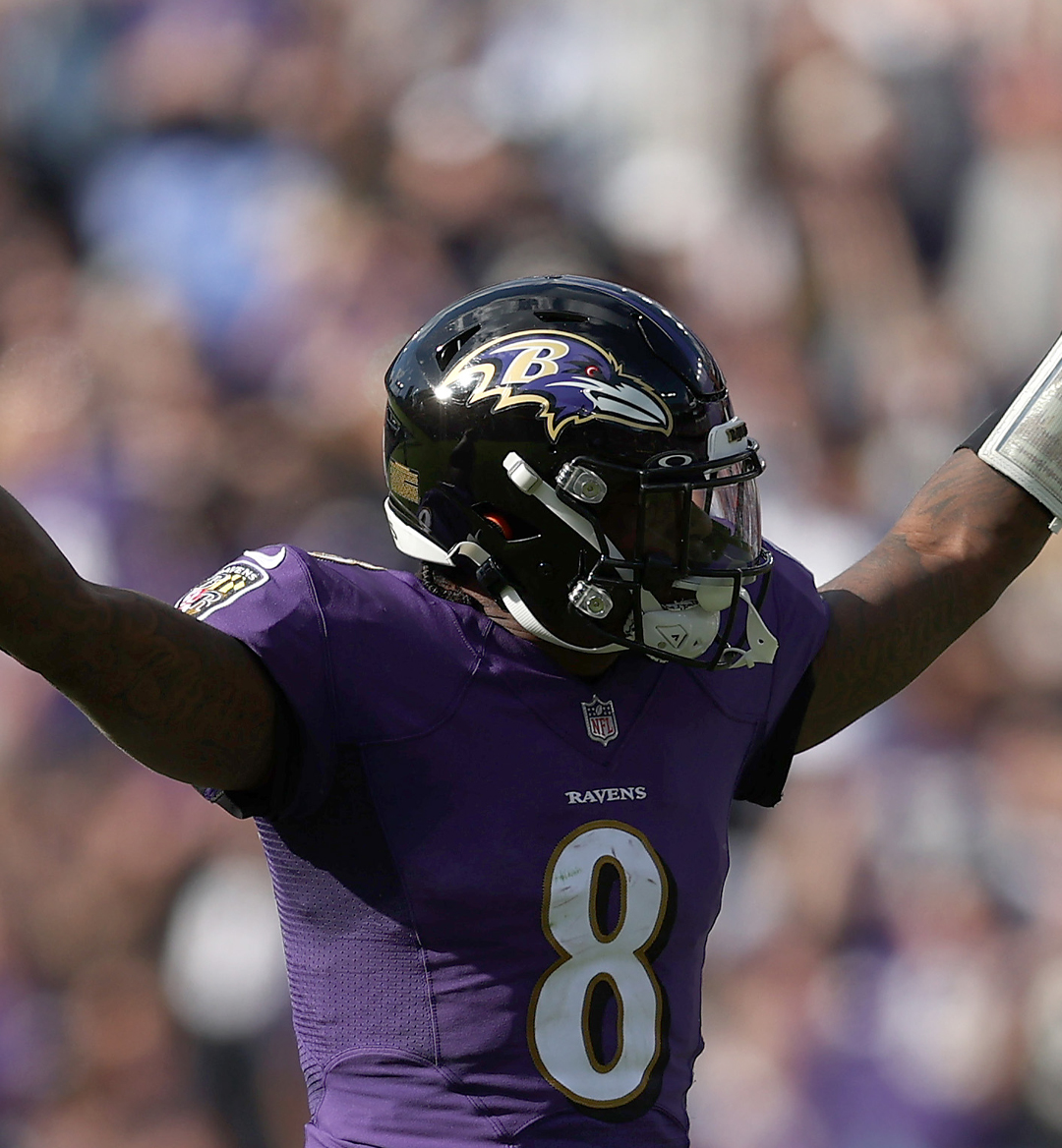 The reports of Lamar Jackson’s death are greatly exaggerated. After a summer of unnamed NFL execs crowing this, finally, will be the year that Lamar Jackson gets “figured out,” it’s obvious that Jackson and the Baltimore Ravens are unsolvable. Through the first six weeks of the season, Jackson’s 8.7 yards per passing attempt rank fifth in the league and his 6.1 rushing yards per attempt are tops in the NFL. At the risk of being reductive, Lamar Jackson is a more efficient passer than Tom Brady and a more dynamic runner than Derrick Henry.

But because Lamar Jackson does so much, he’s unfairly knocked for not doing everything—he can’t win from the pocket and he can’t lead a comeback and he’s a system quarterback, his critics bleat. Conversely, nobody cares that Derrick Henry doesn’t throw for 3000 yards a year or that Tom Brady can’t run the inverted veer.

This year, though, Jackson has been methodically putting old canards to rest—he’s led three comeback wins and his 1686 air yards are the second most in the league. Most impressively, he’s acted as the suture that’s held a battered Baltimore Ravens team together during their 5-1 start. Even without Ronnie Stanley (their All-Pro left tackle) or their top three running backs, the Ravens’ offense is the NFL’s seventh highest scoring unit.

In this sense, Jackson functions as almost a gridiron version of James Harden, a one-man offensive system that can thrive regardless of the surrounding personnel. Just as Harden wills points into existence through optimized shot selection and sheer resolve, Jackson cripplingly destabilizes defenses with his running ability. His offensive linemen get more push at the line of scrimmage against defenses unaccustomed to the Ravens’ unorthodox ground game; his backs have an inherent numbers advantage in the run game because teams must commit defenders to spying on Jackson; his receivers enjoy free releases since defenses are so concerned with stopping the run. Even when Jackson isn’t at his sharpest, the Ravens offense succeeds because of the conditions that Jackson creates. During Sunday’s rout of the Chargers, Jackson had his worst passing and rushing game of the year and the offense still racked up 34 points. Jackson isn’t a system quarterback—he is the system.

Lamar Jackson is a cheat code

Additionally, Jackson places so much stress on defense at all three levels that teams are inherently handcuffed against him. They can’t play man coverage, lest they risk turning their back on Jackson. They can’t line up in dime, lest they get mauled by the Ravens' larger personnel groupings. They can’t blitz or else Jackson will simply outrun any pressure. Accordingly, Jackson dictates the terms of engagement to his opponents—he doesn’t need the pre-snap clairvoyance of Tom Brady because he robs defenses of their complexity.

As such, the concern-trolling about Jackson’s pure passing ability has always been misguided: Jackson isn’t a pure passer, but he's still the NFL's best and most valuable player.