Who Has Had the Longest NBA Career?

10 legendary players whose careers stood the test of time 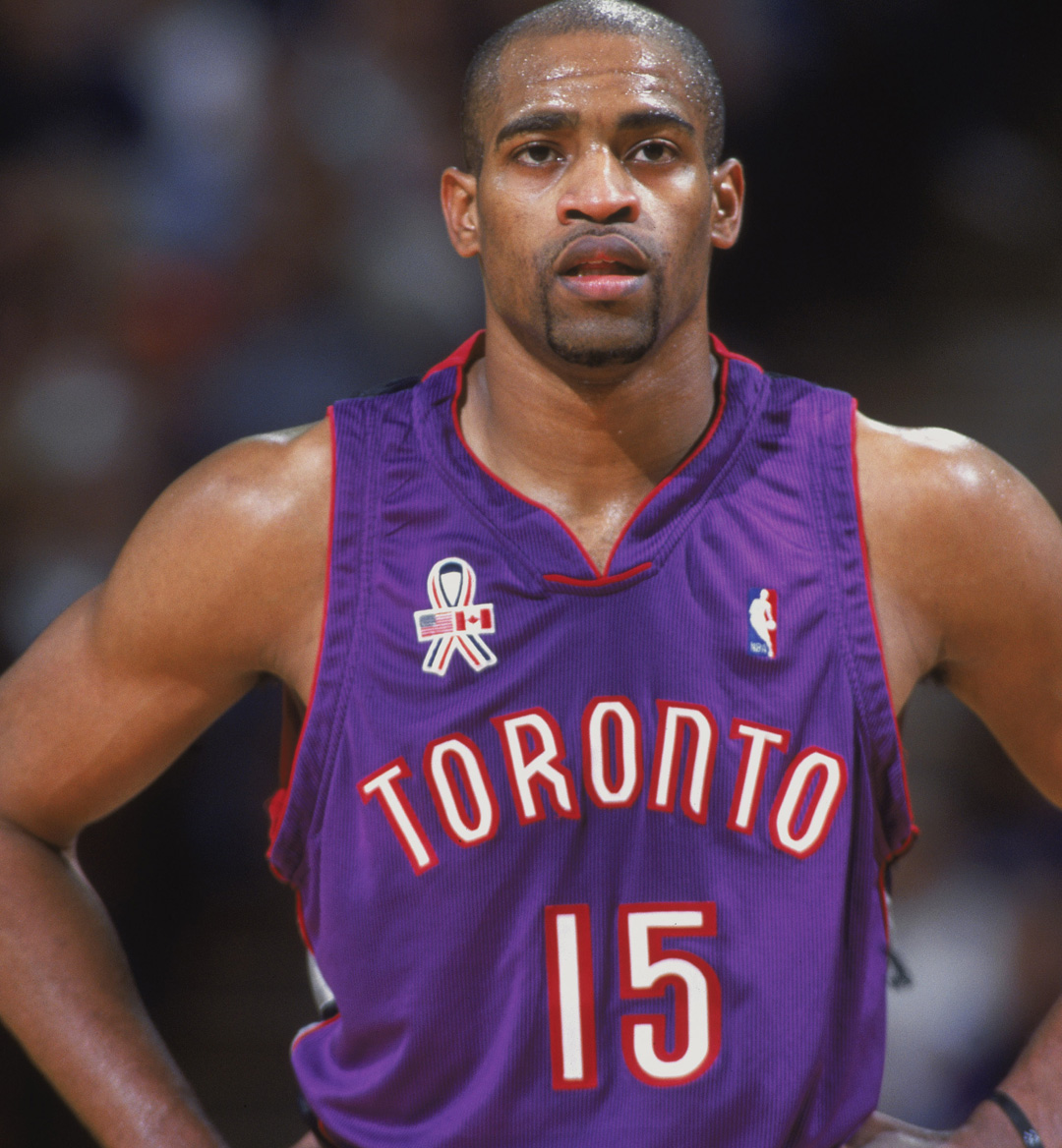 Being drafted or selected to play in a professional sports league is an accomplishment only a small percentage of athletes ever achieve. Turning one season into a full-length career is even more challenging, as some people quickly fade off the court or return to the minor leagues. For every group of players who don’t measure up to a professional league’s standards, there are a select few who immediately establish a presence and don’t leave until they’ve accomplished everything they wanted to on the court.

Somehow, each individual on this list made it way beyond one grueling season in the NBA and stretched their careers far into the double digits. Not every game or every season is going to be pretty, but these athletes all had the grit to return to the NBA year after year to keep playing the game they loved. Everyone included here played professional basketball for nearly two decades and each one of them impacted the game through their skill and determination to constantly keep improving. Come learn about some legendary basketball players who happen to have the longest ever NBA careers.

With a jaw-dropping 26,397 total points scored over his lengthy career, Paul Pierce is the NBA’s 15th highest-ever scorer. Pierce spent the bulk of his career playing as a Forward for the Boston Celtics and helped lead his teammates to the playoffs in 14 of his 19 seasons. In 2008, he helped the Celtics win the championship over franchise rival the Lakers and earned the finals MVP accolade as well. With an impressive 6434 total made free throws, Pierce is the most prolific free thrower in Celtics' history.

This four-time champion and three-time finals MVP needs little introduction. Over the course of Shaquille O’Neal’s 19 season career, the 7’1 center scored 28,596 points making him the 8th highest scorer in NBA history. In 2000, he joined Michael Jordan and Willis Reed on a select list of players who achieved season MVP, all-star game MVP and Finals MVP all in the same season.

Numerous athletes on this list transition to having a business career after leaving the court, but Shaq's entrepreneurial spirit is unmatched. In addition to serving as an NBA commentator for TNT (and dropping a few fire mixtapes), he has his own line of clothing with Big and Tall, sits on the board and serves as the new public face of Papa Johns and recently opened his second Big Chicken restaurant with plans for more to come in the near future.

The last player with 19 seasons featured on this list is 6’11 center, Tim Duncan. The first overall pick in the NBA draft, Duncan stuck with the San Antonio Spurs throughout his entire career and led them to five total championships. Duncan immediately showed off that his presence in the NBA was worth the hype, becoming rookie of the year in 1998 and earning his first championship and NBA finals MVP accolade the following year in 1999. He played in 10 All-Star games and earned the MVP accolade in the 2000 game.

Duncan retired in 2016 with 26,496 total points, making him the 14th highest ever NBA scorer. The former center has been working as an Assistant Coach since 2019, but recently Duncan stepped in for long-time coach Gregg Popovich and led the team to a 104-103 victory over the Charlotte Hornets.

Few players have impacted basketball and its global impact quite like Kobe Bryant. Son of former NBA player Joe Bryant, Kobe was drafted right out of high school in 1996. Spending his entire career with the Los Angeles Lakers, Kobe helped his team win five championships and earned the 2008 season MVP award along the way. People may joke about his notorious ball-hogging tendencies, but keeping his hands on the ball led him to become the 4th highest ever scorer with a whopping 33,643 points.

The recent tragedy around Bryant’s death has led to an outpouring of support for the Los Angeles legend among city locals.  In addition to immediately receiving a charming memorial at the Grammys at the LA Staple Center the night of the accident, murals have popped up all over the city celebrating his legacy with people taking to the streets and posing in front of them for Instagram.

Alongside fellow Laker Kobe Bryant, Kareem Abdul-Jabar also spent 20 seasons in the NBA. With a mighty 38,387 total points, Abdul-Jabbar is the NBA’s highest ever scorer and the record-holder for most minutes ever played in the NBA. The 7’2 center started his career with the Milwaukee Bucks, where he helped them win the 1971 championship, before transitioning to Los Angeles and helping the Lakers win four championships. In addition to winning the MVP accolade in two finals series, he also won it in six total seasons.

Despite his iconic goggles, Abdul-Jabbar didn’t have vision problems while playing in the NBA. He suffered a scratched cornea while playing with the UCLA Bruins and adopted his goggles after being repeatedly poked in the eyes by hands searching the air for loose balls.

Alongside three other legendary players, power forward and center Kevin Willis technically ties for second place in terms of the longest NBA career. From 1984-2007, Willis played with 10 total teams and won the 2003 championship alongside the San Antonio Spurs. The 1992 All-Star player made it to the playoffs 11 times and racked up an aggressive 11,901 total rebounds. He played for two teams in 1994, but the most impressive stretch of his career occurred when he averaged 21 points per game with the Atlanta Hawks that season. From 2004 until his retirement in 2007, Willis was the oldest player in the NBA when he played with both the Dallas Mavericks and the Hawks.

Robert Parish, the 8th overall pick in the 1976 draft, spent four years with the Golden State Warriors upon first entering the NBA, but didn’t win his first championship until he was traded to the Boston Celtics in 1981. The 7’0 center scored 23,334 total points, the 27th most in NBA history, and was a 12-time All-Star.

Parrish played his last year in the NBA alongside Michael Jordan and Scottie Pippen on the Chicago Bulls. In the 1996-1997 season, he helped the Bulls secure another championship and left the NBA with four total rings. When he retired, he was the NBA’s sixth-best ever rebounder with 14,715 total and racked up the sixth-highest amount of blocked shots with 2,361.

With 31,560 total points, power forward Dirk Nowitzki is the 6th highest ever scorer in the NBA. Before joining the Dallas Mavericks in 1998 and playing there until he retired in 2019, Nowitzki had a celebrated, four-year career on the DJK Würzburg German basketball club team. While playing with the German team in the 2002 FIBA Basketball World Championship series, Nowitzki was designated the tournament MVP and helped the team earn Bronze medals.

Nowitzki led the Mavericks to their first-ever championship victory in 2011 and became the final’s MVP. The 14-time NBA All-Star won the three-point competition in 2006 and is the only player in Maverick’s franchise history to win a NBA MVP award

The 2004 league MVP, Kevin Garnett has a major impact on any team he plays on. A 15-time All-Star and four-time rebounding champion, Garnett was the first player to be drafted straight out of high school since 1975 when he was the 5th overall pick in 1995, clearing the way for Kobe Bryant’s high-school drafting the next year. In both the 2003-04 and 04-05 seasons, Garnett secured the most rebounds and sits at 9th in league history with 14,662 total rebounds.

Not only did Garnett dominate domestically, receiving the league MVP designation in 2004, but he won a Gold Medal in the FIBA AmeriCup and the 2000 Sydney Olympic Games. In 2008, Garnett finally secured his first NBA championship and was also designated the league’s defensive player of the year.

The player with the longest ever NBA career is still currently playing with the Atlanta Hawks, so this article may need to be updated next year if he decides to stick around for another shot at his first championship ring. Vince Carter won rookie of the year in 1999 and came back swinging in his sophomore season to lift the Toronto Raptors to their first-ever playoff appearance and a win in the 2000 slam dunk contest. 2000 was an extremely good year for Carter, as he went on to win the Gold medal at the Sydney Olympic Games as well. As of writing this, Carter is the 19th highest scorer in NBA history with 25,714 combined points.